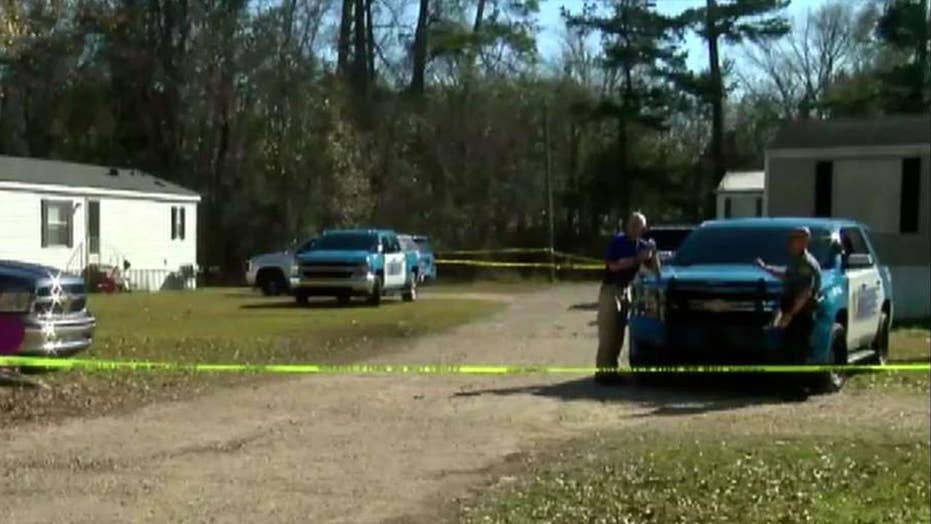 A manhunt is underway in Louisiana, where authorities on Saturday sought a 21-year-old man following the deaths of five people in what are thought to have been connected shootings.

Deputies with the Ascension Parish Sheriff’s Office arrived at one of the scenes Saturday morning after a report of two people who “had been shot in their trailer,” Sheriff Bobby Webre said during a news conference.

Both of the wounded individuals were still alive when law enforcement got there and one was able to give authorities some information before they were transported to a hospital and died, Webre said. 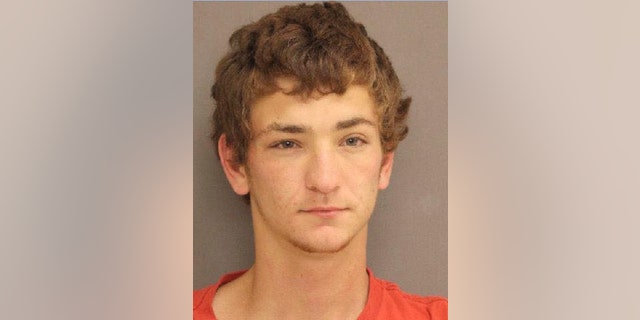 Dakota Theriot, 21, was identified as the "prime suspect in this case," authorities said.
(Ascension Parish Sheriff’s Office/The Advocate via AP)

The sheriff identified the deceased as Elizabeth and Keith Theriot and said their son, Dakota, was the “prime suspect in this case.”

“This is probably I would say one of the worst domestic violence incidents I’ve seen in quite a while,” Weber said.

The sheriff’s office has a warrant out for the suspect’s arrest for two counts of first-degree murder, Webre said. 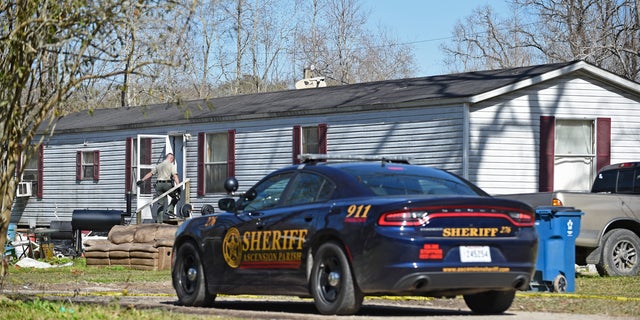 Investigators work the scene of a shooting on Saturday in Ascension Parish in Louisiana.
(Hilary Scheinuk/The Advocate via AP)

The sheriff also spoke to officials at the Livingston Parish Sheriff’s Office, who were working on a potentially connected triple homicide.

“After speaking with their detectives for quite a while, we come to realize that these two cases indeed may be related; we feel that they are related,” Weber said.

The Livingston Parish Sheriff’s Office identified the three other victims on Facebook as Billy, Tanner and Summer Ernest.

“We do not believe the suspect to be in Livingston Parish at this time,” the post said, quoting Sheriff Jason Ard. “We are working in conjunction with the Ascension Parish Sheriff’s Office, as we believe our case is connected to a homicide investigation in that parish. Our investigation is ongoing.”

The suspect, who authorities consider “armed and dangerous,” is believed to be driving a 2004 Dodge Ram pickup truck that is gray on top and silver on the bottom.

“We have reason to believe that that truck may be traveling east of this direction towards Mississippi,” the sheriff said.

Weber cautioned the public: If you see the vehicle, notify the authorities and do not approach it.