A Louisiana State Police trooper who had forwarded a recording of a racial slur to a Black colleague and being investigated in connection to drugs, shot and killed himself Wednesday after authorities arrived at his home, law enforcement officials said.

State Police Superintendent Col. Lamar Davis sent an email to troopers to tell them about Senior Trooper August "Gus" McKay's death and that he was under investigation at the time. 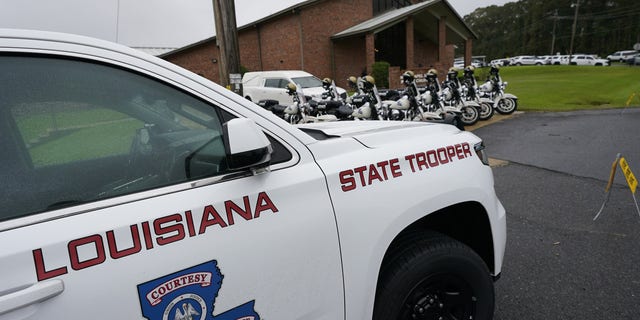 "In this time of need, please join me in prayer for Trooper McKay, his family, and his colleagues throughout the LSP family," Davis wrote.

The Washington Parish Coroner's Office said it was investigating the cause and manner of death.

McKay made headlines earlier this year after State Police apologized for failing to discipline him when his Apple Watch recorded him using a racial slur and he inadvertently forwarded the recording to a Black colleague.

Gov. John Bel Edwards said it was "unacceptable" State Police failed to discipline McKay in the 2017 incident, adding he was "appalled that such disgusting language was used by a Louisiana State Police trooper."

McKay told investigators at the time that "the stars couldn't have lined up any worse. … It would be like me accidentally sending a picture of my naked wife to someone."

State Police brass said McKay's use of a racial slur was an isolated incident, but an investigation by the Associated Press found a dozen more instances over a three-year period in which employees forwarded racist emails with subject lines like "PROUD TO BE WHITE," or ones demeaning minority colleagues with names including "Hershey's Kiss," "Django" and "Egg Roll."