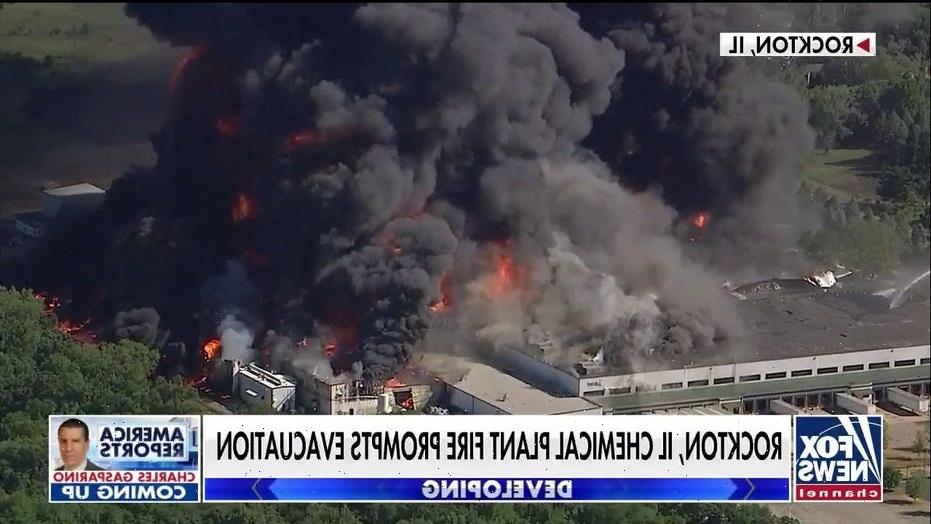 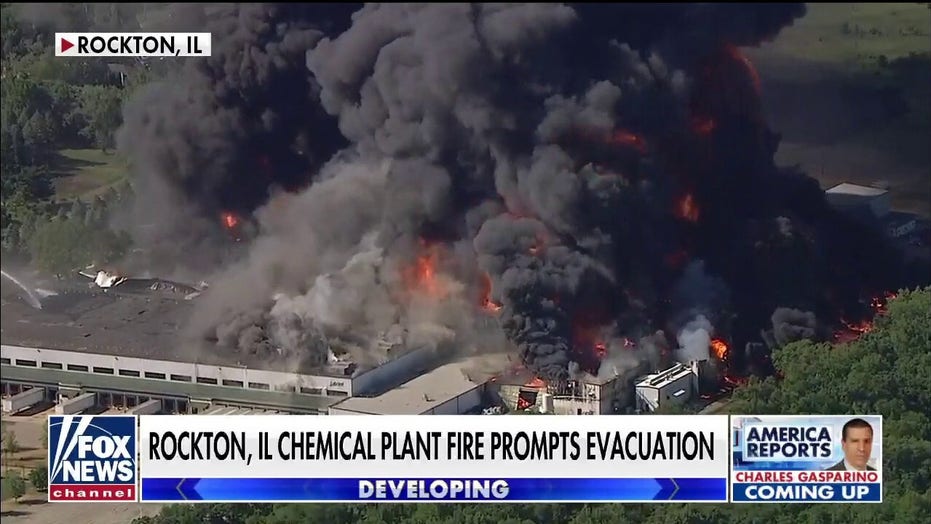 The fire is so large it can reportedly be seen from space.

A private firefighting company from Louisiana will begin spraying foam to suppress the massive blaze burning at an Illinois chemical plant after the building was rocked by an explosion Monday, officials said.

The fire broke out at Chemtool Inc. facility in Rockton, a village 100 miles northwest of Chicago, around 7 a.m. Monday, and it could last several days, Fire Chief Kirk Wilson said. Officials initially opted to let the massive fire burn out instead of risking an environmental disaster.

Before crews can begin pumping the foam into the fire, absorbent booms have to be installed along a nearby river to prevent contaminants from entering the water, Kirk said, FOX station WFLD-TV reported.

US Fire Pump, which is based in Holden, Louisiana, brought a large water pump to the plant site and will draw water from the Rock River to douse the blaze. The foam will be sprayed onto the burning areas of the now-ruined plant, including a half a million gallons of oil that were on fire, the news station reported. 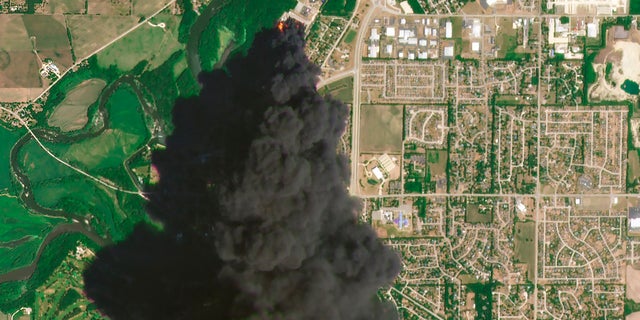 In this Satellite image provided by Planet Labs Inc., a huge plume of smoke and fires can be seen at the Chemtool Inc. plant near Rockton, Illinois, on Monday. A private firefighting company from Louisiana was expected to begin pumping fire-suppressing foam Tuesday onto the still-burning ruins of a northern Illinois chemical plant, a day after it was rocked by an explosion and massive fires, officials said. (Planet Labs Inc. via AP)

Monday’s fire prompted evacuations of residents living within a mile of the facility. Officials urged anyone within three miles to wear a mask because of the potential threat of airborne contaminants.

“This is a large-scale operation that’s going to take some time,” Wilson said during a Tuesday news conference.

He said the Chemtool plant in Winnebago County was outfitted with a sprinkler system in 2008, but he did not know if that system was still active at the time of Monday’s explosion and fires.

Bill Snyder, vice president of operations at Lubrizol Corp., the parent company of Chemtool, said he had no information on a possible cause, but said the company would cooperate with authorities.

Alicia Tate-Nadeau, director of Illinois Emergency Management Agency, said that state officials are working with the U.S. Environmental Protection Agency and other entities to monitor air quality, as well as making sure that no contaminants enter the local water supply. 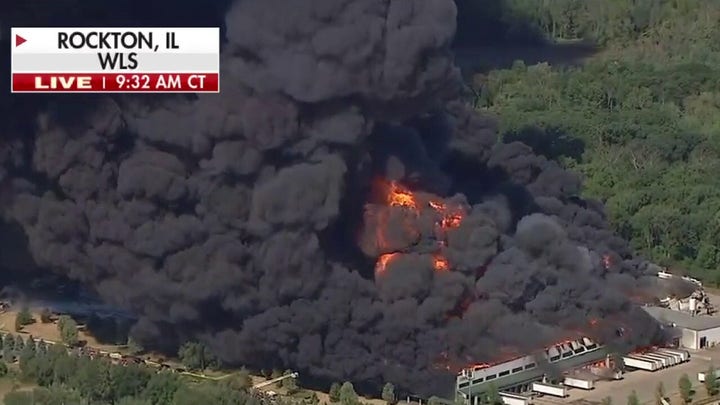 “This is an ongoing event. We’re not out of this yet,” Tate-Nadeau said.

More than 80 fire departments have been helping battle the fires and those crews have been working eight-hour shifts, Wilson said.

The National Guard and several state agencies have been deployed to the site to assist local authorities.

Chemtool has no U.S. Environmental Protection Agency violations during at least the last three years, the station reported.