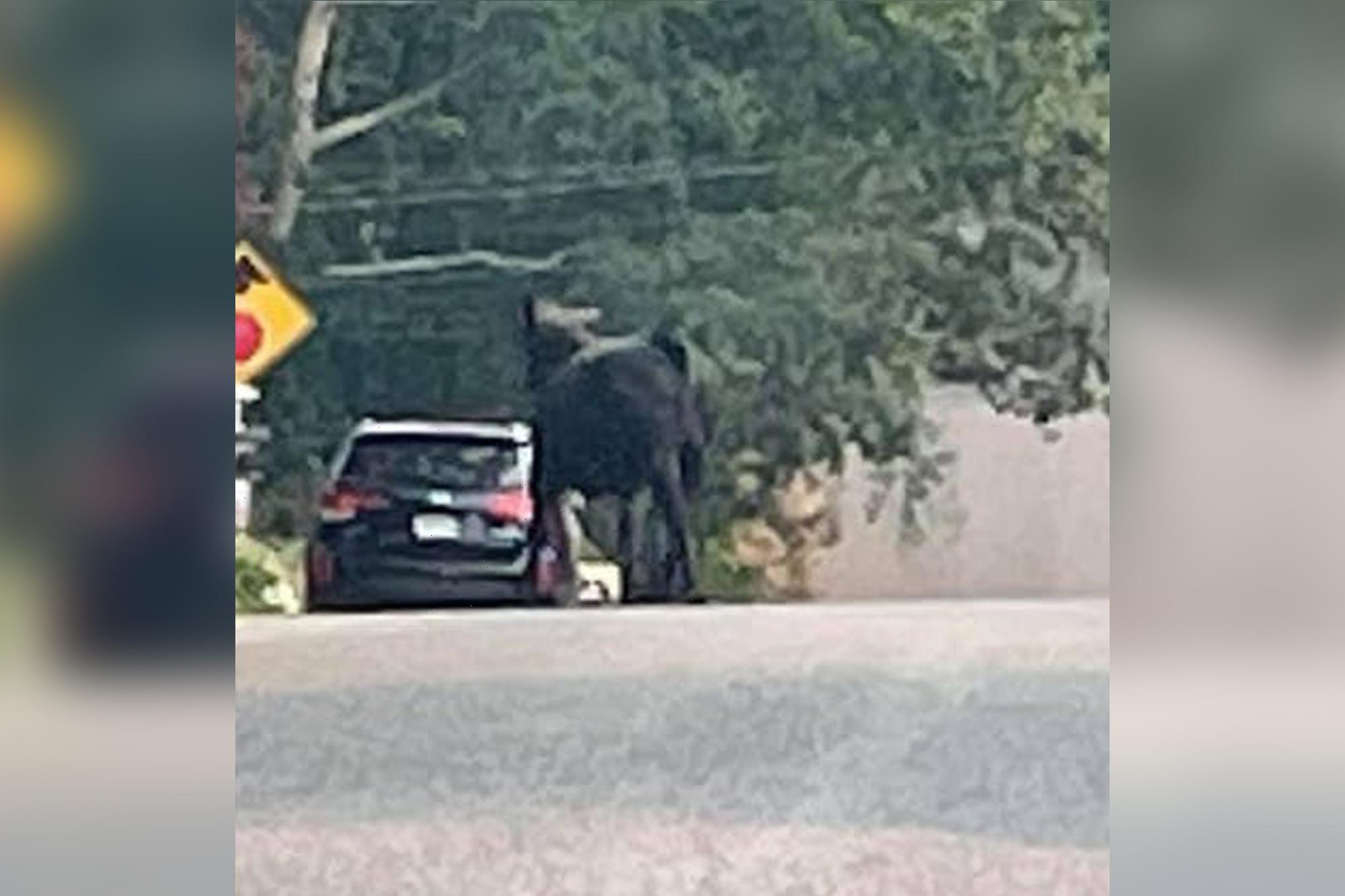 A runaway bull shut down a stretch of the Sunrise Highway in Suffolk County on Tuesday — with cops telling locals to steer clear as they try to wrangle the beast, police said.

“It’s a loose bull,” Suffolk police told The Post. “We do not know where it is right now. It was running on the highway.”

The animal was spotted shortly before 8:30 a.m. by a Mastic resident who called police, prompting cops to issue an alert for residents to stay in their homes, Patch reported.

Police shut down the highway at Exit 58 to try to corral the animal but opened the road after 20 minutes when it ran off, the outlet said.

The bull was then spotted shortly after 10:30 a.m. on Lafayette Avenue in Mastic but remains on the loose, the report said.

“It was pretty scary,” Sonja Dejesus, who spotted the beast while getting coffee at 7-11, told Patch. “I have seen wild turkeys and deer, but I have never seen anything like that before. It was crazy.”

Doorbell cam videos posted online show the bull bouncing around the streets of Mastic, with residents and cops gathering outside one home before the animal runs past the camera.

Other footage posted by News12 on Long Island shows two young girls go out onto their front porch — only to look up and see the bovine galloping down the road in front of them.

Police said they have not determined where the bull came from.