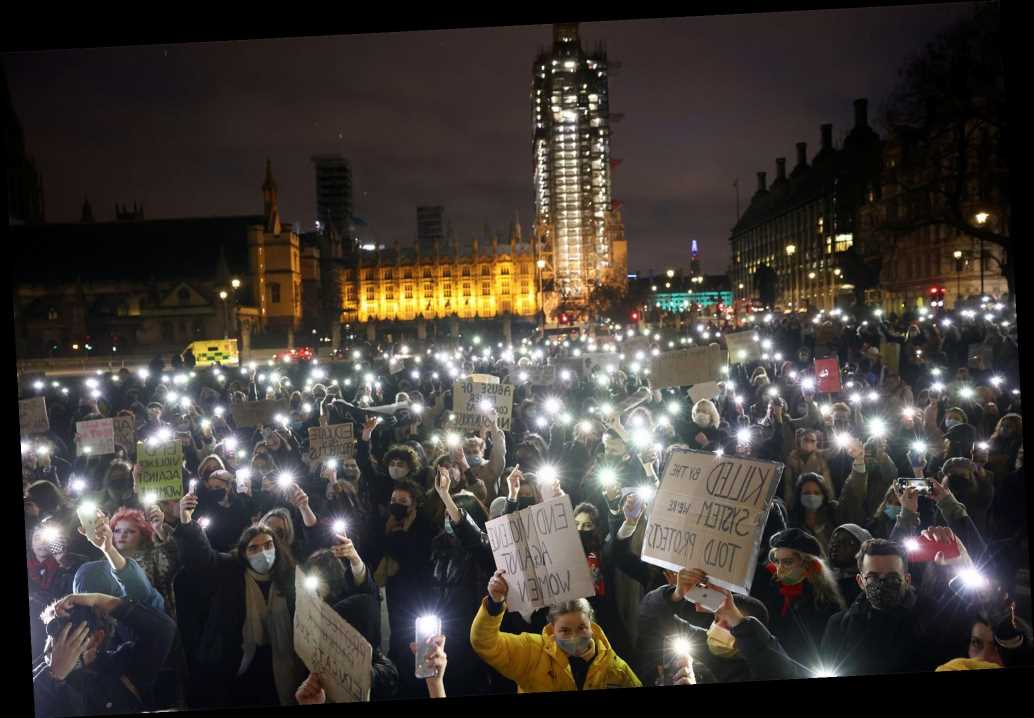 Cops in London are taking heat after arresting several women at a vigil Saturday night for murder victim Sarah Everard.

Metropolitan Police Commissioner Dame Cressida Dick refused to resign Sunday amid a firestorm of criticism after cops manhandled several women at a memorial gathering for Everard, who was found dead last week, the Mirror said.

Hundreds flocked to Clapham Common in London, where Everard disappeared, to remember the slain woman — despite being denied a permit and amid COVID-19 restrictions, the newspaper said.

But what began as a peaceful protest devolved into anti-police chants and multiple arrests — fueled in part by the arrest in the case of Wayne Couzens, a 48-year-old London cop.

“They (police) said something along the lines of ‘for breaching COVID rules,’ but they didn’t make it entirely clear to me from the start,” said Patsy Stevenson, who was pictured pinned down by two officers during the unrest.

“I can’t speak for everyone that was there, but I didn’t throw anything,” said Stevenson, who was fined the equivalent of about $280. “The weird thing was, I wasn’t actually surprised, which doesn’t say much really about the police force.”

The police tactics are now under fire by both residents and officials alike.

“It is vital that these events are not allowed to undermine the powerful calls since Sarah’s murder for meaningful action to finally stop men inflicting violence on women,” London Mayor Sadiq Khan told Sky News.

“It was clear before yesterday that there isn’t adequate trust and confidence from women and girls in the police and criminal justice system more widely,” Khan said Sunday. “Further steps must now be taken to address this.”

Khan called the police response “completely unacceptable,” and said he had been assured by Metropolitan Police before the protest that the vigil would be “policed sensitively.”

“In my view, this was not the case,” the mayor said.

Everard, 33, was walking home through the park when she disappeared — only to turn up dead last week, according to police.

The vigil, planned by Reclaim These Streets, was planned to demand better police protection for women in the English capital city.

“It’s worth saying, of course, I fully understand the strength of feeling I think as a woman hearing from people about their experiences in the past and what they feel about what happened to Saha and what has been going on,” Cresside added.

Nonetheless, the police response is now under investigation by authorities.