COVID stricken Sweden has reportedly sidelined its virus expert after his policy of avoiding lockdown has failed to stop an explosion in cases and deaths.

State epidemiologist Anders Tegnell had championed the strategy of building up "herd immunity" in the population instead of locking down the country. 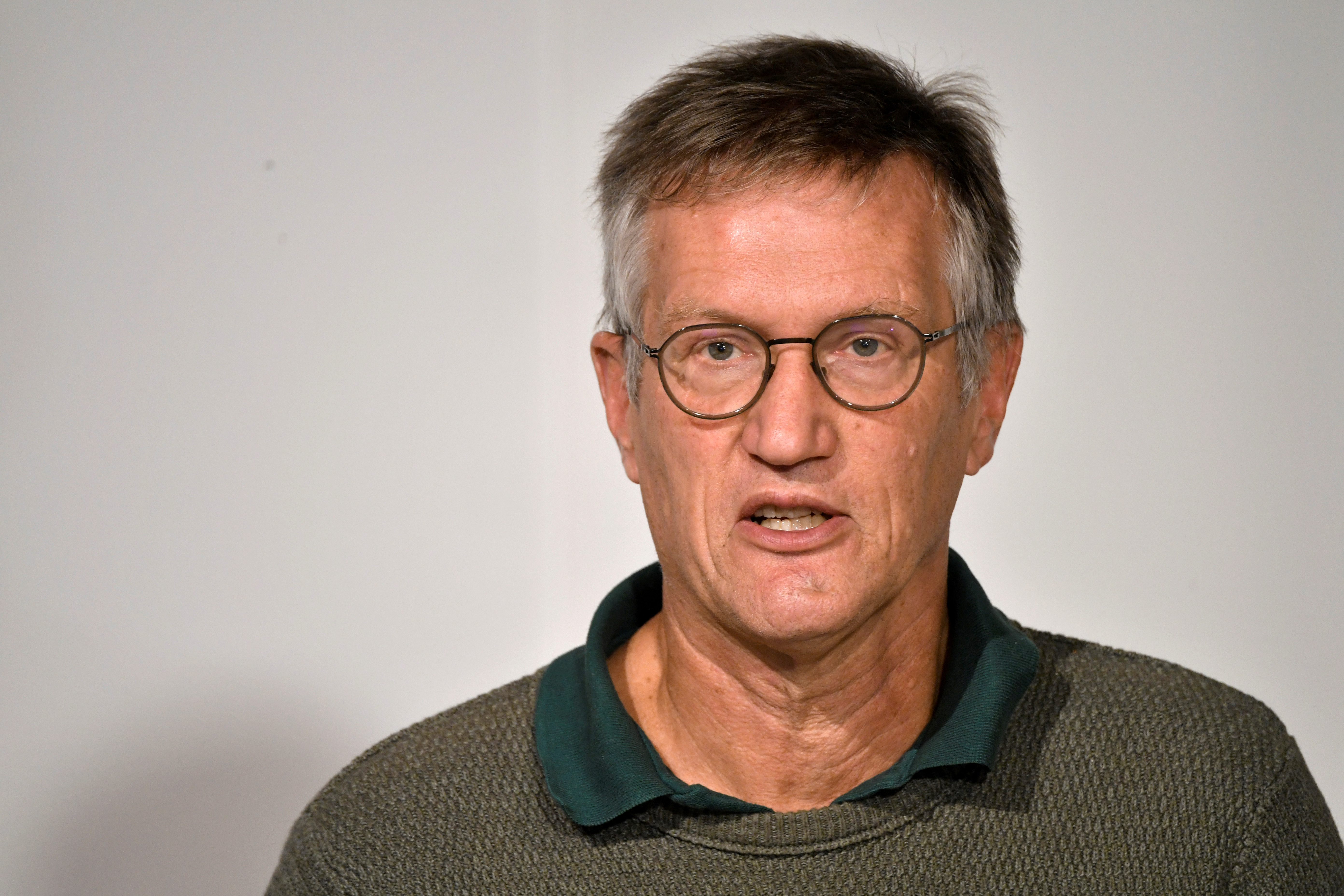 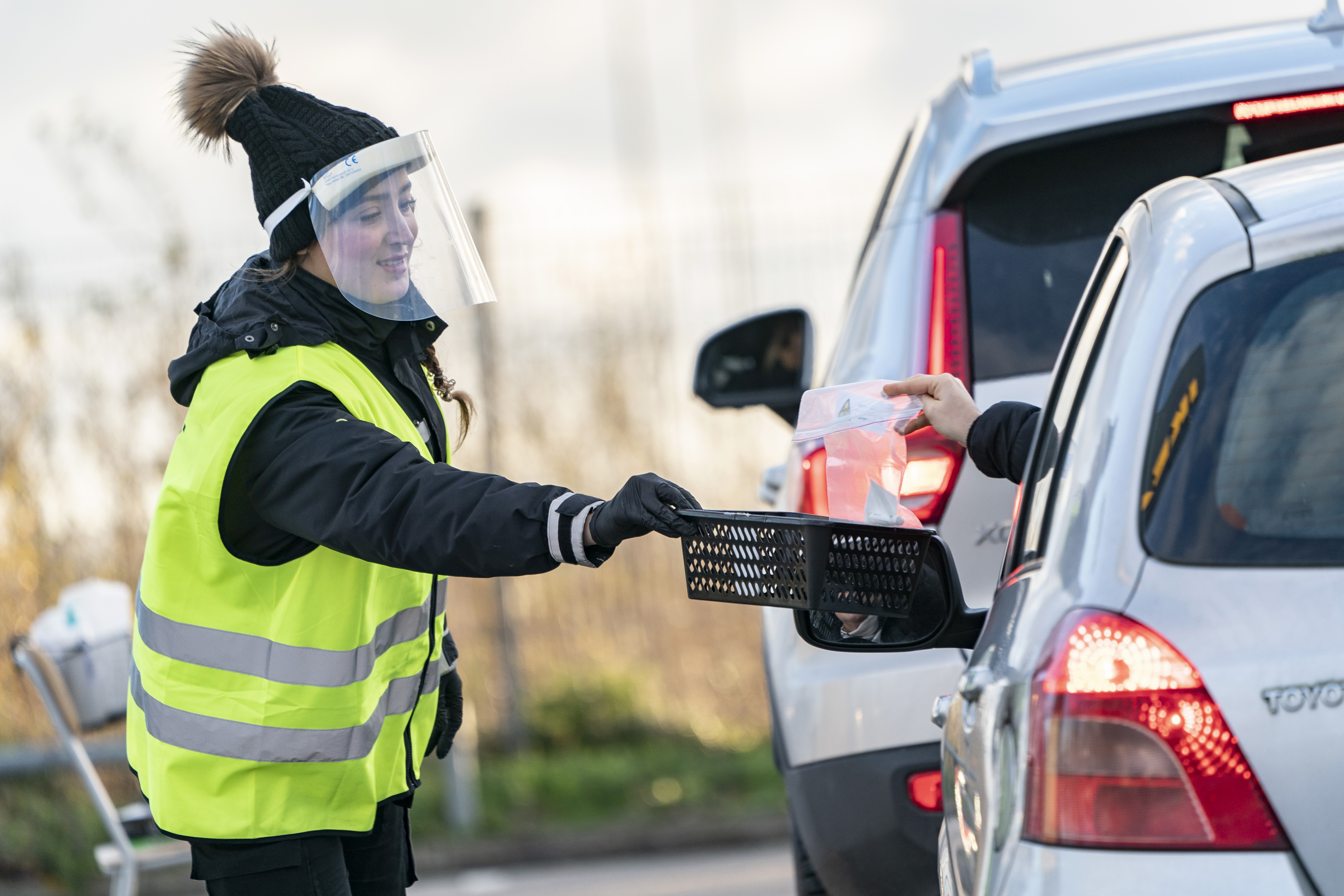 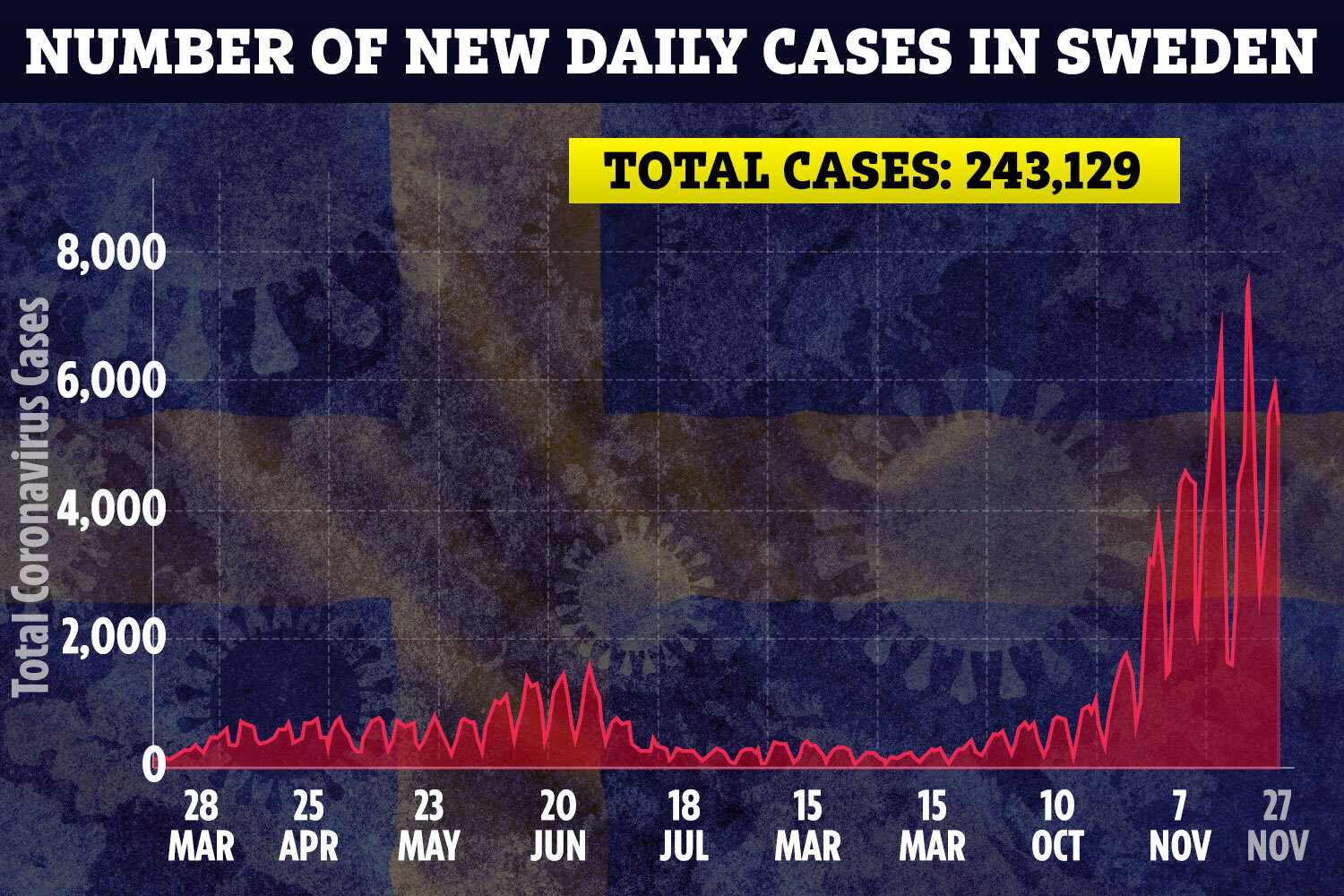 The death rate in the Nordic country is vastly higher than neighbours Norway, Denmark and Finland, which opted for stricter lockdowns during the spring.

Despite the rising numbers and increasing criticism, Dr Tegnell, who is the lead virus expert in the country’s public health agency, said on November 13 Sweden remains steadfast in avoiding a lockdown.

But last week, the scientist was forced to admit that Sweden was fighting a second wave, something he previously downplayed.

Stockholm's Södertorn University's associate politics professor, Nicholas Aylott, told The Telegraph: "There's certainly a split, and I'm pretty sure that many in the government have rather lost faith in the Public Health Agency.

"By some counts, we've now got exactly the same level of spread of the virus that we had in the spring, and that's about as clear a refutation of Tegnell's strategy as you could wish for."

Princess Sofia, 35, had been volunteering at a private hospital in Stockholm since the start of the pandemic.

She and her husband, 41, who is fourth in line to the throne, have flu-like symptoms.

The couple met the king and queen yesterday at a family funeral attended by fewer than ten people who had all previously tested negative. 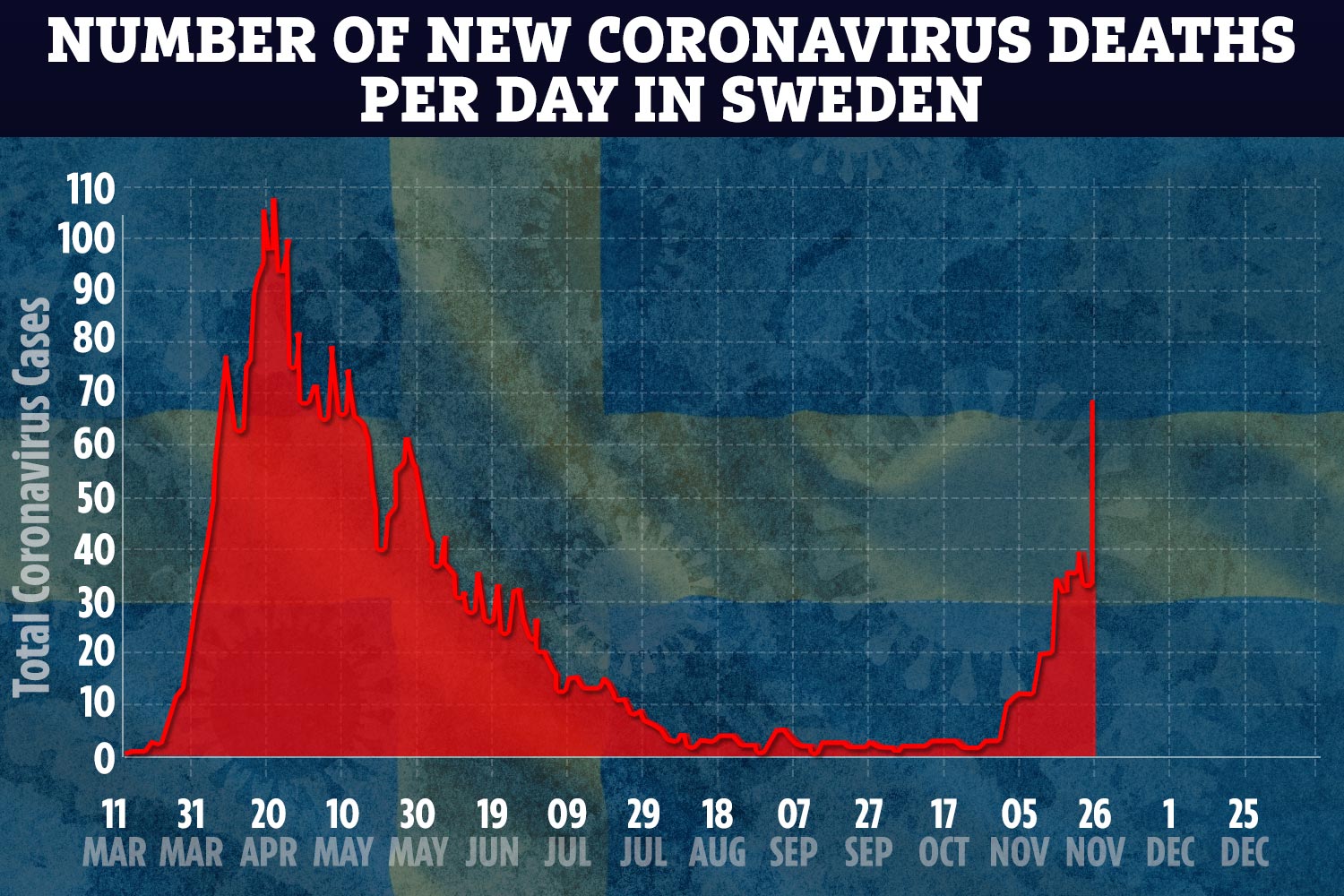 Meanwhile in the UK, which has had a strict lockdown, coronavirus cases drop by 20 per cent in a week as 15,871 new infections and 479 deaths are recorded in last 24 hours

But the lockdown has wreaked havoc in the economy.

Police today arrested dozens of people at an anti-lockdown demonstration in London.

Anti-mask and anti-vaccine demonstrators, some with placards reading stop controlling us and no more lockdowns, marched along Oxford and Regent streets.

Several bottles and smoke bombs were thrown as some demonstrators scuffled with police.

The Metropolitan Police force said more than 60 people were arrested and the number was expected to rise. 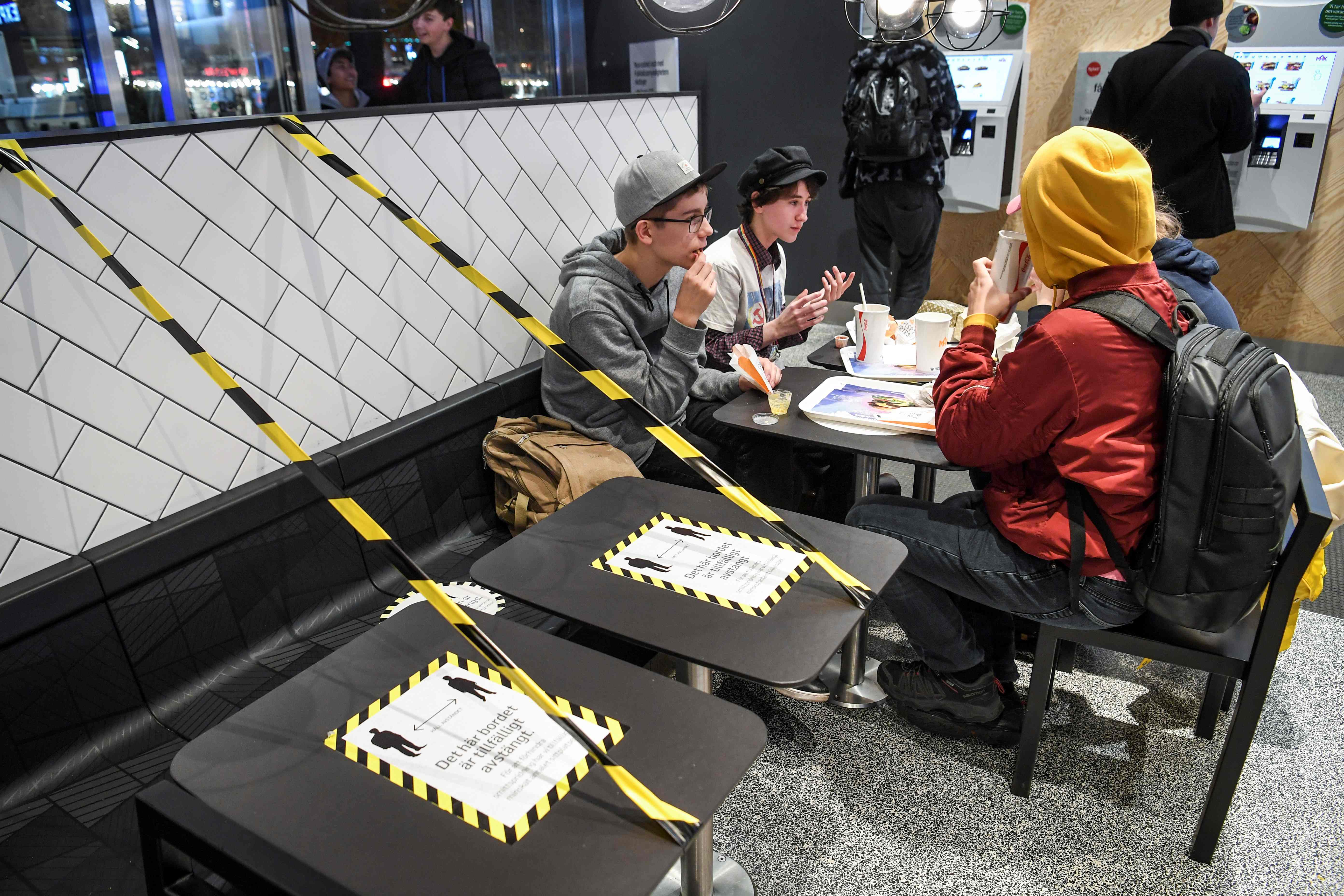 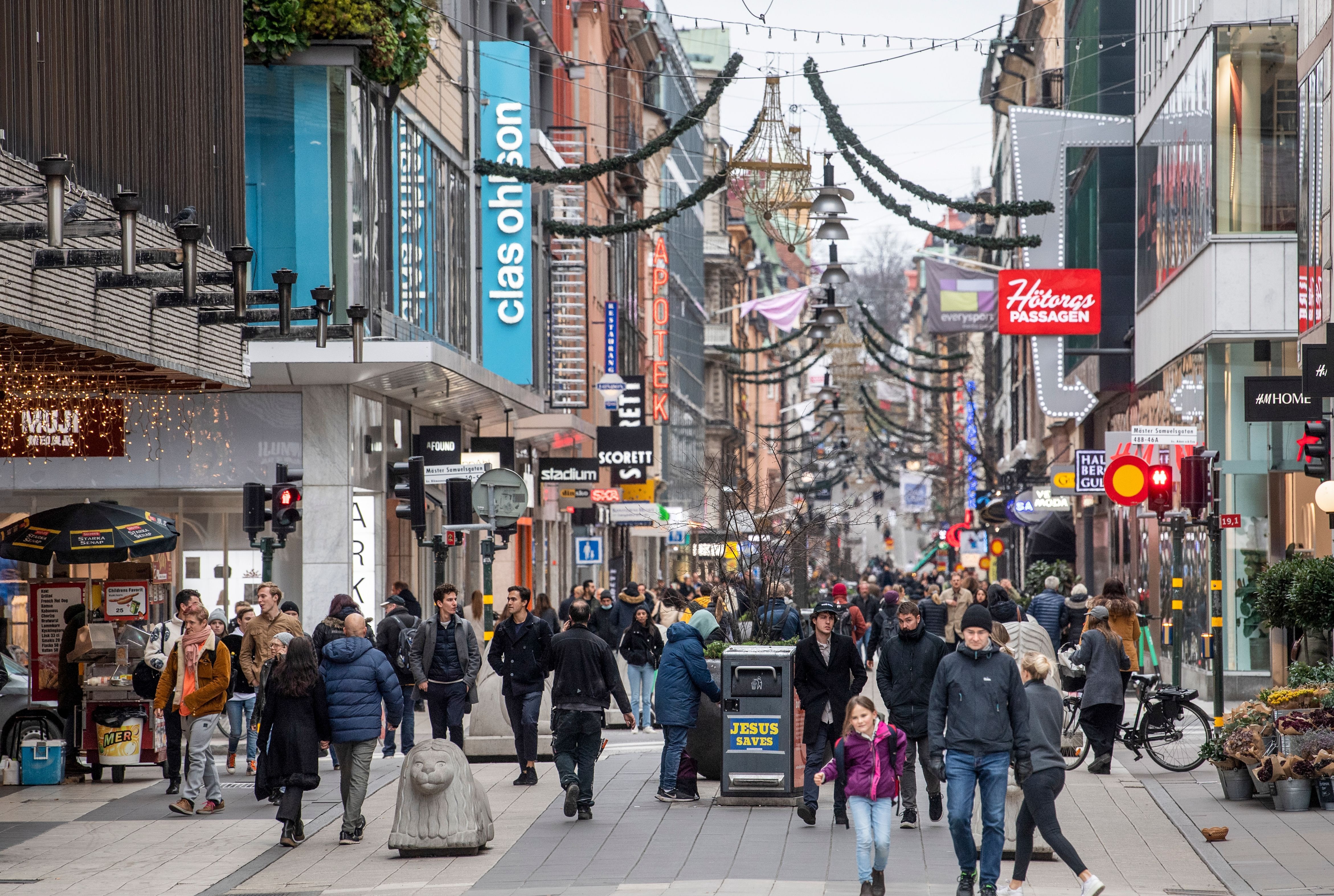