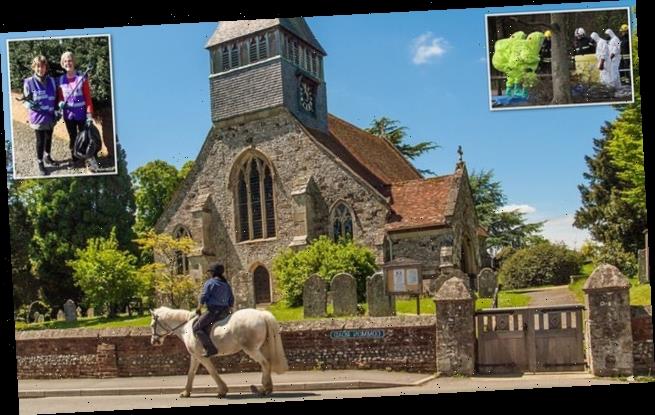 Residents have vowed to defy a ban on litter-picking that is blocking them from entering the Best Kept Village contest after the council imposed the restrictions following the nerve agent attack in Salisbury.

Villagers across many parts of South Wiltshire were banned from litter-picking in areas close to Salisbury after Russian agents attacked Sergei Skripal and his daughter Yulia with Novichok in 2018.

Health bosses at Public Health England are in the process of considering whether to lift the ban but their decision will likely take ‘several weeks’ and will come after the entry deadline for the yearly Best Kept Village competition.

The Women’s Institute (WI) in Whiteparish said it would continue to defy the ‘ridiculous’ ban and admitted it was still picking up litter after some areas were left looking like ‘a rubbish dump’. 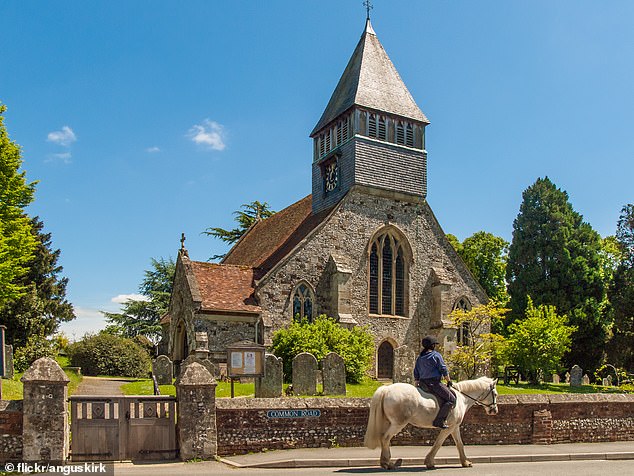 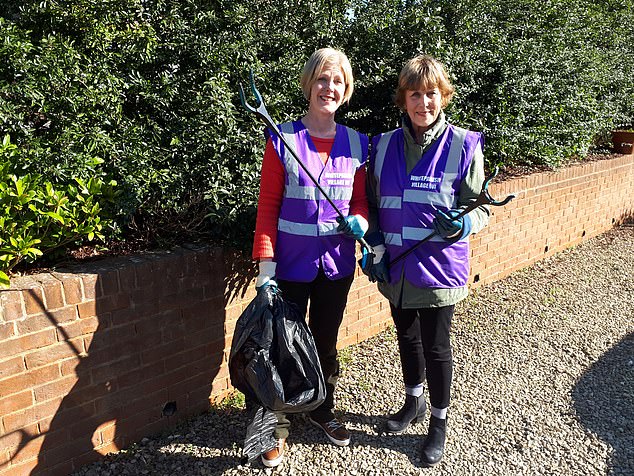 Members of the Women’s Institute in Whiteparish have continued to pick up litter in the area. Pictured: Members Jenny Finch and Elaine Eynon in their litter picking uniform

President of the WI in Whiteparish, Jenny Finch, told MailOnline: ‘Nobody wants to get up close with anybody’s litter but if we don’t do anything then nobody else will and it will get worse.

‘We have to take precautions to protect the environment.’

Ms Finch said the group will go out once a month to pick up litter that has been discarded in the area, including takeaway packages and larger cans.

She continued: ‘We have continued to collect litter from our village throughout lockdown and the previous lockdown in the Salisbury area following the Novichok poisonings in 2018.

‘We always use hi-vis jackets and thick rubber gloves and we only use litter picking ‘tongs’, you really don’t want to get close to some of the litter dropped!

‘Everything is double-bagged and then collected by the council from a designated spot.

‘A couple of weeks ago, members of our group spent two hours and collected five bags mainly of tins and bottles.’

‘We are still picking up takeaway packaging, larger cans and more recently we have been picking up oil containers.’

She added: ‘The ban is ridiculous. We are continuing to pick up litter in Whiteparish.

‘The litter is absolutely disgraceful. It is disgusting. Some places are like a rubbish dump. Litter attracts litter.’

Yesterday Mike Manson from the charity CPRE Wiltshire, which is organising the Wiltshire Best Kept Village competition, said: ‘One of the reasons why we run the competition is that it is a jolly good way of getting villages to look a lot better with a lot less litter around. 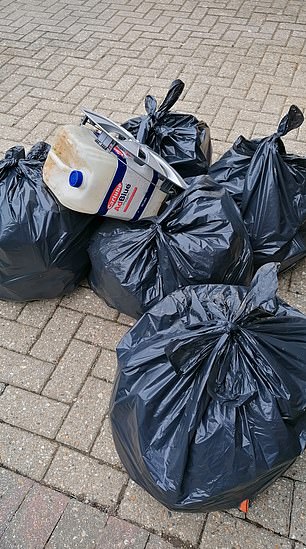 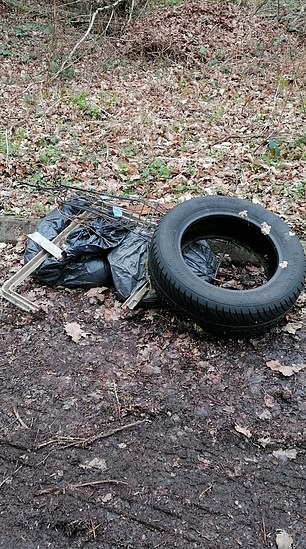 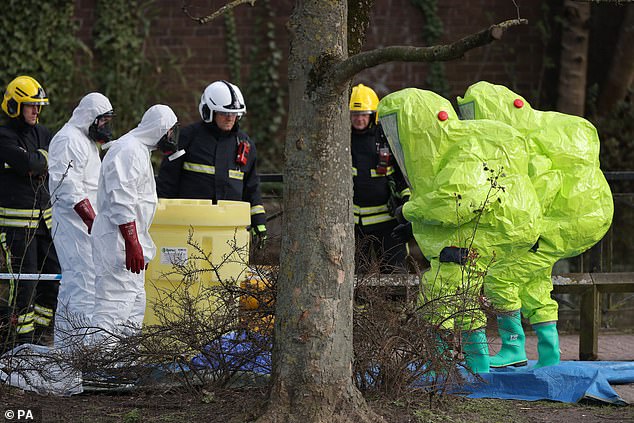 ‘Litter is obviously a significant factor in the judging criteria.’

Tory Wiltshire Councillor Richard Britton – who represents the villages affected – said: ‘It will be several weeks before we hear anything about lifting the ban.

‘It is most disappointing that somebody cannot make a decision more quickly than that.

‘Of course Wiltshire Council cannot advise people to ignore it – that would be entirely wrong. The policy still stands. But the risk has passed.’