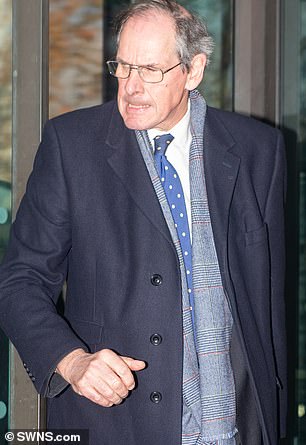 A former general has slammed legal action against British troops who fought in Northern Ireland as ‘unfair’.

Sir Nicholas Parker, who led the Army in Northern Ireland from 2006 to 2007, fears it will undermine future recruitment and have operational impact on others who are serving.

He spoke to MPs at Portcullis House in central London as he addresses Parliament’s Defence Committee today.

Branding historic prosecutions ‘wrong’, he said the army was ‘not prepared’ for the conflict, which was the UK’s longest continuous campaign and spanned from 1969 until 2007.

‘The state put us there and the chain of command told us what to do,’ Sir Nicholas said.

‘And yet now there are some very bewildered 70-year-olds who feel that they are the only people being held to account because neither the state or chain of command can be.’

Some families of the dead have campaigned for justice for their loved ones’ killings as a form of closure and redress or in a bid to have their strongly-held beliefs about what happened confirmed.

He told the panel of MPs some troops ‘resent’ the legal action being taken again former soldiers involved in the campaign. 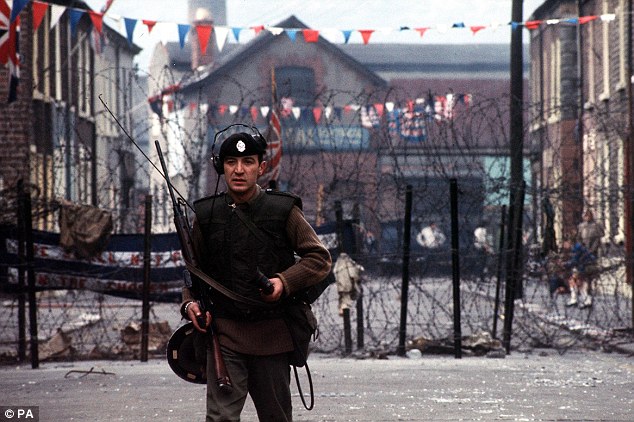 ‘There does not appear to be a true understanding of the vulnerability of the individuals who are coming under investigation,’ he added.

‘It would make them uncomfortable, it would not be the only factor but it would be another factor in stiffening their back bone for what they are going to have to do in very trying circumstances,’ he said.

‘It’s unnecessary. If you’re a member of the chain of command you have enough challenges anyway, without that addition. It self-evidently is not a good thing.’

Asked about the impact on recruitment, he added: ‘It seems to me to be common sense that the fact that this conversation is going on, the fact that there is this sort of uncertainty, must have an impact.’

The former general was quizzed for the committee’s inquiry into the prosecution of former troops. 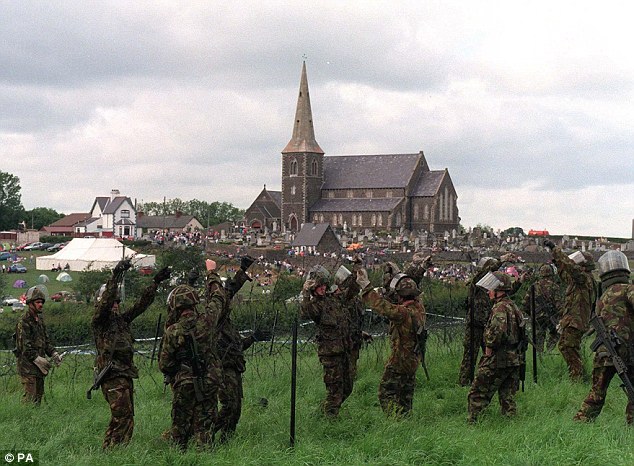 The committee looking at how personnel can be ‘protected from the spectre of investigation and reinvestigation for events that happened many years, and often decades, earlier.’

‘I’m very uncomfortable with it,’ he said. ‘It’s entirely unacceptable that we send somebody to do their country’s duty with this hanging in the background.

‘If people behave illegally the chain of command should be robust enough to deal with that.’

‘To turn the clock back when you were doing what you believe was right and reasonable at the time I believe is unfair.’ 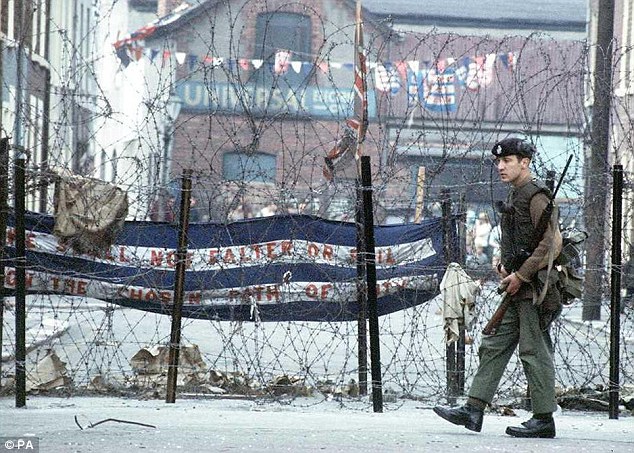 Sir Nick criticised the passage of time and the demands on troops to recount events during the Northern Ireland conflict decades later.

‘Their recollection of what there were about to be questioned about will inevitably have suffered the passage of time,’ he said.

‘There’s a very different way of perceiving what we did many years ago when somebody suddenly starts to ask questions which you have no preparation for.

‘This was an organisation that was not prepared for what it was placed to do and now we’re sending a 70-year-old into a court with really clever people around them to address something they will have a poor recollection of.’

Referring to a statute of limitations which would prevent prosecution after a certain period of time, he said he would ‘support anything’ which would deal with the ‘indicative risks that hang over our veterans that they are going to be held to account for something they did many years ago.’ 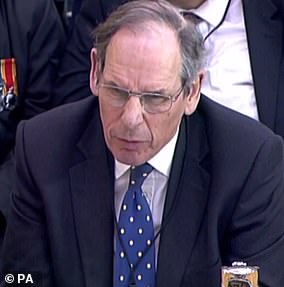 Sir Nicholas Parker served in the British Armed forces from 1973 to 2013 and was active in Sierra Leone, Iraq, Bosnia, Afghanistan and Northern Ireland.

He was commissioned into the Royal Green Jackets as a second lieutenant in 1974 and promoted to full lieutenant the next year.

The soldier was mentioned on Despatches in 1980 for his service in Northern Ireland in 1979.

After being deployed to Bosnia in 1999 and Sierra Leone to advise the country’s president in 2001, he was sent to Iraq as deputy commanding general of the Multi-National Corps from 2005 to 2006.

He took charge of Operation Banner in 2006 and was responsible for reducing the UK’s troop commitment in the country, closing bases in Bessbrook and County Armagh before the operation concluded in 2007.

Sir Nicholas was awarded the American Legion of Merit in the same year ‘in recognition of gallant and distinguished services during coalition operations in Afghanistan.

His son, Harry, lost both legs after being seriously wounded while serving in Afghanistan.