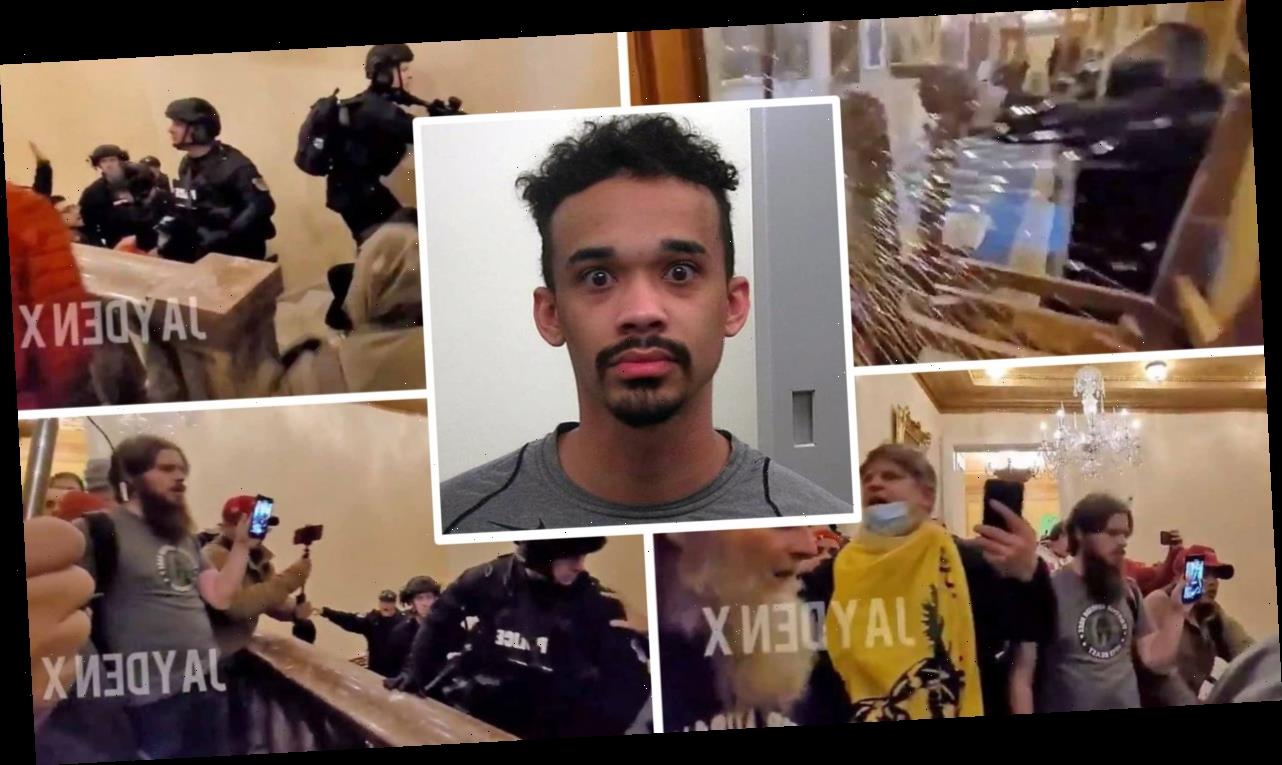 Feds warn violent extremism likely to surge in 2021 as Capitol, statehouses are fortified for inauguration

The self-described left-wing activist recently arrested for allegedly taking part in the storming of the U.S. Capitol — later claiming he was there to “document” it — allegedly wore a gas mask and had a knife at the time of the siege, court papers show.

John “Jayden X” Sullivan is due to appear in court at 4 p.m. local time Friday in connection with charges for civil disorder, violent entry or disorderly conduct and entering a restricted building or grounds.

The 26-year-old self-described journalist and activist was arrested Thursday and has been in the custody of Toeele County, Utah, authorities, officials previously said. Sources told Fox News Sullivan is not known to be affiliated with Antifa.

In addition to the ballistic vest Sullivan was previously reported to have worn while inside the Capitol, court papers show he also wore a gas mask and claimed to have had a knife.

Sullivan, who filmed his time in the federal building — including the fatal shooting of California Air Force veteran Ashli Babbitt — later shared the footage with authorities.

BLM ACTIVIST INSIDE CAPITOL CLAIMS HE WAS ‘DOCUMENTING’ RIOTS, ONCE SAID ‘BURN IT ALL DOWN’

In one video, Sullivan can allegedly be heard cheering on the crowd as they broke through the final barricade before the Capitol and saying: “We did this together. … We are all a part of history.”

In at least two encounters, Sullivan can be heard on video telling officers to stand down so they don’t get hurt and saying “the people have spoken,” according to an affidavit.

Sullivan, who founded activist group Insurgence USA, told Rolling Stone he was acting in such a way because he “had to relate to these people.”

He continued: “And build trust in the short amount of time I had there to get where I need to go … to the front of the crowd to see the dynamic between the police and the protesters, because nobody wants to see the backs of people’s heads from a far-off distance.”

He told Fox News was at the Capitol siege to “document” the events, and said he frequently attends and films protests.

“As far as being able to understand who is in the crowd, based on being around protests a lot … I didn’t see any people who were originally at BLM protests,” he told Fox News at the time.

He could not be reached for comment following his arrest.

Sullivan was also charged with rioting and criminal mischief on July 13 following a June protest in Provo that resulted in an SUV driver being shot while driving through the two opposing groups. The case is still pending.

Fox News’ Michael Ruiz and Jake Gibson contributed to this report, as well as The Associated Press.