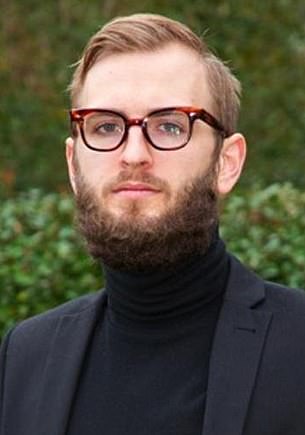 Dr Justin Murphy (pictured), who teaches politics at the University of Southampton, said free speech in academia no longer exists

A university lecturer who was suspended after likening abortion to necrophilia has said that academics are no longer able to ‘speak freely.

Dr Justin Murphy, who teaches politics at the University of Southampton, was accused of ‘hateful’ Twitter comments last year and handed a 30-day suspension.

He now faces a gross misconduct hearing but warned in an interview that lecturers were expected to be ‘hush-hush’ about their views.

The row erupted after the lecturer tweeted: ‘If you’re pro-choice in the abortion debate, I find it very difficult to see how you could possibly have ethical objections to necrophilia.’

He also faced criticism over his use of the word ‘retard’, which some students regarded as ‘ableist’ and ‘hateful’.

In later tweets he defended his use of the term, saying: ‘There is a difference between ableism and calling retards retards.’

Speaking to The Tab, the American-born lecturer said: ‘We’re not going toward a place where academics are unable to speak freely, we are already there.

‘I think it’s a terrible thing. I definitely think that’s a bad thing.

‘I’m not trying to be a hero or a martyr or anything like that, but I do think the current state of academic culture is so unbearably oppressive that I would rather speak freely and be fired than even fight to keep my job.’

The academic said Southampton university bosses ‘definitely want to fire me’, saying he was facing a hearing for alleged gross misconduct.

But he said he did not ‘regret saying any one thing in particular’, saying he had ‘always gotten in trouble’. 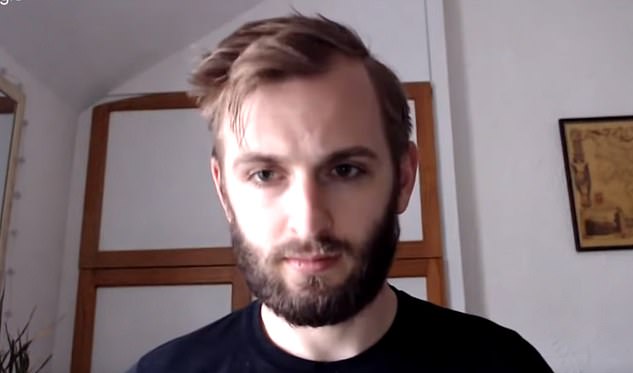 Dr Justin Murphy (pictured), who teaches politics at the University of Southampton, was accused of ‘hateful’ Twitter comments last year and handed a 30-day suspension 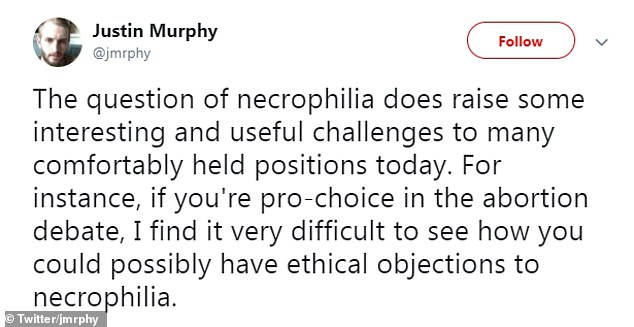 He was suspended last year after the university said his comments were ‘incompatible’ with its values.

Since his suspension four months ago, he has been on paid leave and set up a Patreon account to continue his academic work for people to read and donate to.

‘Whenever anyone has thoughtful criticism for me, I think about it and always appreciate it.

‘But if anyone merely dislikes what I think, say, or do, or they find it “inappropriate”, well then I simply do not care – whether you’re my friend, family member, or employer. I know exactly what I’m doing, and I like it very much.

‘Many people today are drowning in an overly attuned care for what other people find desirable or appropriate, and I would much sooner run for the hills than settle comfortably into that way of life.’

A Southampton University spokesperson said: ‘We do not comment on ongoing investigations concerning individual members of staff.’