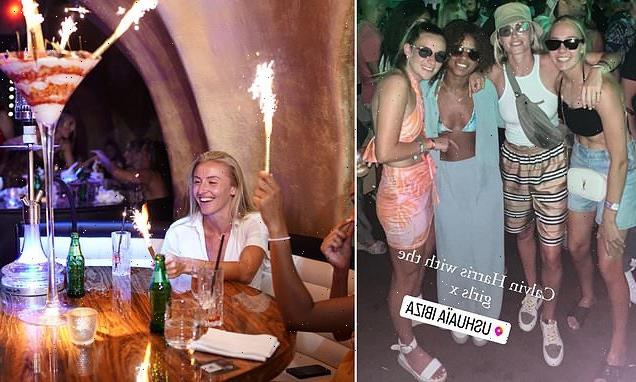 Lionesses Leah Williamson, Ella Toone, Ellie Roebuck and Nikita Parris have been letting of steam following their Euros victory, dancing the night away in Ibiza.

Williamson, the team’s captain, shared a picture on Instagram last night of the four footballers at beach club Ushuaia where they enjoyed a night of music by DJ Calvin Harris.

She wore a white tank top, striped shorts, a bucket hat and sunglasses. Roebuck also looked casual in denim shorts and a black bikini top, while Parris donned a light blue co-ord set and goal scorer Toone looked glamorous in a pink and orange mini skirt with a matching top and white sandals. 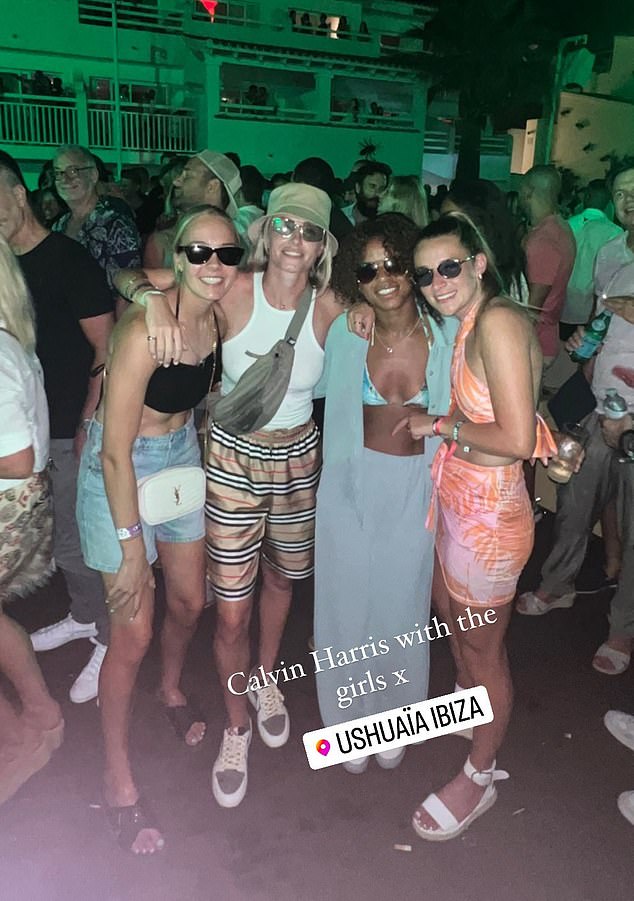 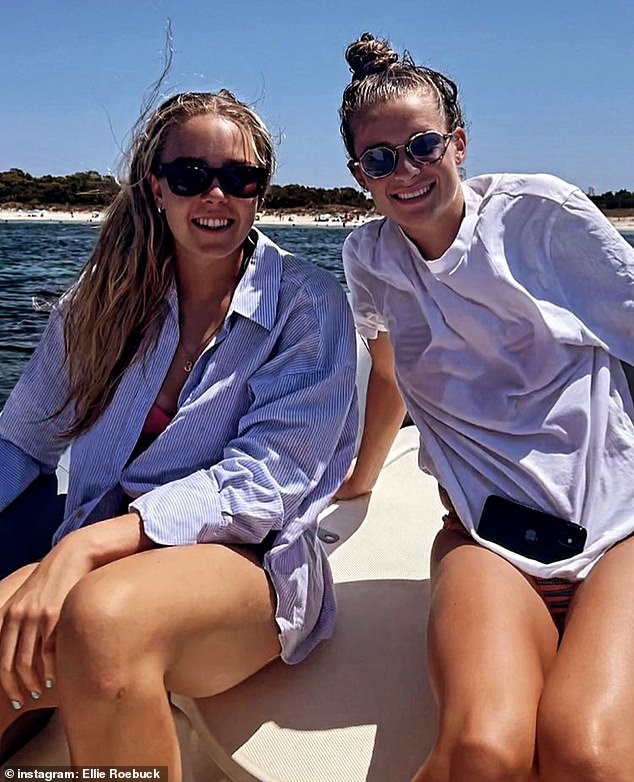 Goalkeeper Ellie Roebuck (left) and forward Ella Toone (right) enjoyed a well-deserved break, posing for pictures onboard a boat near Formentera, a small island near Ibiza

Roebuck, one England’s three goalkeepers, also shared a snap from a boat trip around the smallest of Spain’s Balearic islands, Formentera, which she captioned ‘Beach day @ellatoone’.

Earlier in the week Williamson enjoyed a meal at exclusive restaurant STK, where she was presented with a huge Eton Mess cocktail after tucking into a prime fillet steak and truffle fries.

Beth Mead, who was crowned player of the tournament, has also enjoyed a well-deserved break on the party island.

The 27-year-old striker opted for karaoke, singing John Denver’s Take Me Home, Country Roads and also posed for pictures for fans in a more upmarket bar.

Meanwhile, the hero of the Euros final, Chloe Kelly, was yesterday cheered by crowds as she carried the match ball out at Loftus Road stadium, the home of her former team Queens Park Rangers. 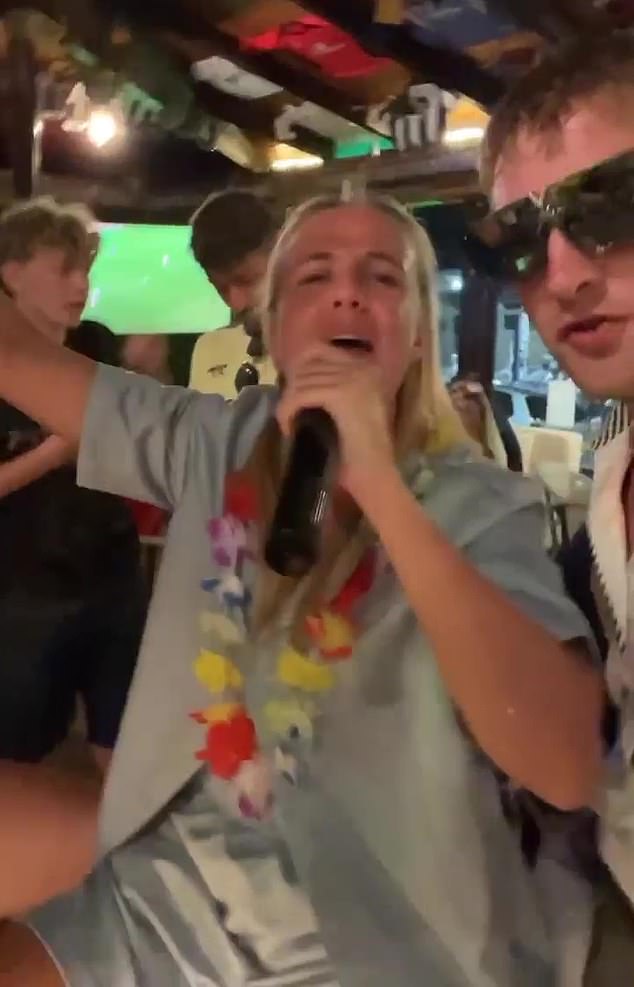 Mead, 27, who was crowned player of the tournament after England’s 2-1 victory over Germany, sang John Denver’s Take Me Home, Country Roads on karaoke