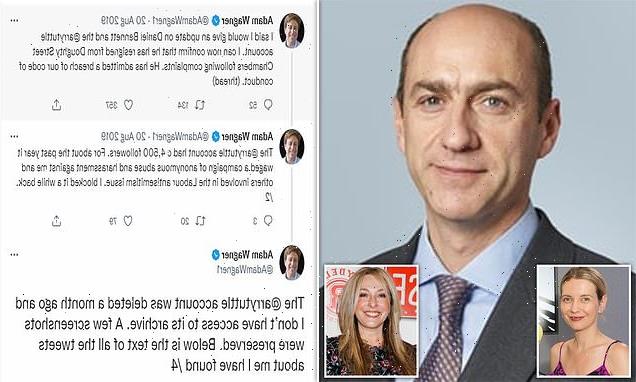 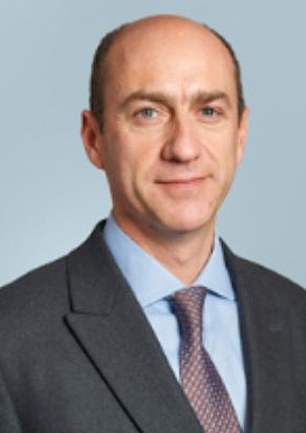 A barrister linked to a pro-Corbyn Twitter account used to abuse Jewish TV stars Rachel Riley and Tracy-Ann Oberman has been fined £500 over another series of ‘offensive’ and ‘anti-Semitic’ tweets.

Daniel Bennett allowed the tweets to be sent from the anonymous account, which included branding a high profile barrister a ‘lying propagandist’ who shared ‘fraudulent’ anti-Semitism stories, a tribunal heard.

The Tweets sent over nine months between 2018 and 2019 were directed at barrister Adam Wagner, who was in the same top human rights chambers as Mr Bennett, Doughty Street Chambers.

Mr Wagner is one of UK’s top legal experts on Covid laws and human rights issues and often appears as commentator on TV and radio.

The now defunct ‘Harry Tuttle’ Twitter account was also used to harass Channel 4’s Rachel Riley, 36, at a similar time and offered fervent support in favour of the then-Labour leader Jeremy Corbyn, who was mired by anti-Semitism allegations within the party.

Mr Wagner said that the account ‘waged a campaign of anonymous abuse and harassment against me and others involved in the Labour antisemitism issue.’

A misconduct hearing was told Mr Bennett was found to not be the author of the offending tweets but ‘could, and should, have stopped them appearing’. 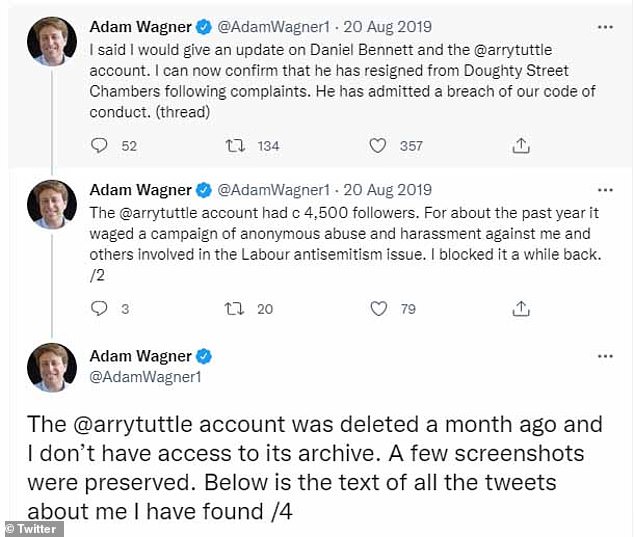 In 2019, barrister Adam Wagner said that the Harry Tuttle twitter account ‘waged a campaign of anonymous abuse and harassment’ against those against anti-Semitism in the Labour party 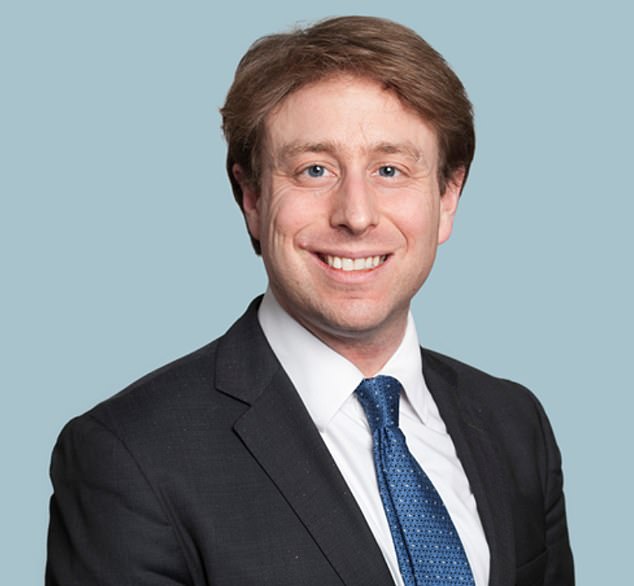 The Bar Standards Board tribunal heard that Mr Bennett was one of a number of undisclosed people who were party to the @arrytuttle Twitter account from which offensive Tweets were posted.

The name of the account – which has since been deleted – is understood to be a reference to Robert De Niro’s character Harry Tuttle in the 1985 film Brazil.

‘Harry Tuttle’, followed by 4,500 people, tweeted prolifically in online debates over antisemitism in the Labour Party during Jeremy Corbyn’s leadership.

Besides Mr Wagner, Countdown star Rachel Riley and actress Tracy Ann Oberman were also referred to in tweets from the account.

A 2020 High Court case brought by Ms Riley, Ms Oberman and David Collier, a campaigner against anti-Semitism, saw Mr Bennett ordered to hand over deleted tweets and details of who had access to the account.

Several prominent Jewish barristers were also pursued by the account. 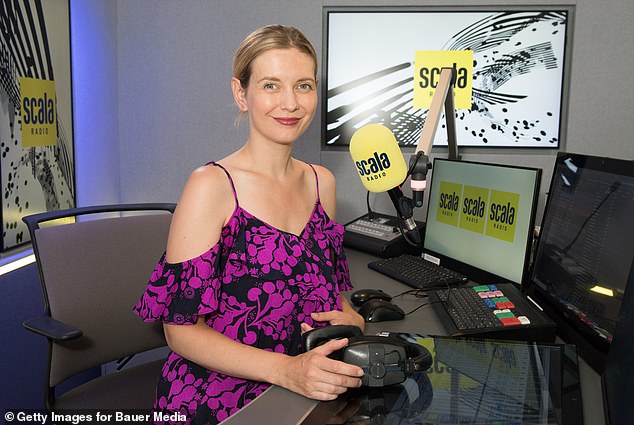 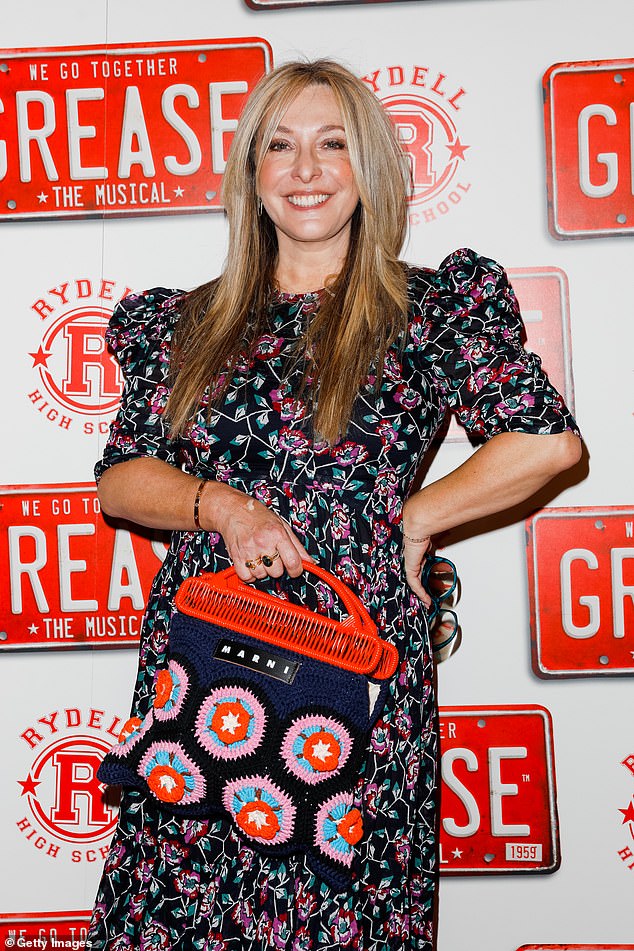 A 2020 High Court case brought by Ms Riley, Ms Oberman (pictured) and David Collier, a campaigner against anti-Semitism, saw Mr Bennett ordered to hand over deleted tweets and details of who had access to the account.

Another tweet made by Harry Tuttle in September 2018 said: ‘Adam Wagner is a lying propagandist who brings shame on our entire community with his smears.

‘All Adam’s antisemitism stories are fraudulent. And he knows it’

Another said: ‘Every day platformed Jews from the self-appointed “mainstream” direct hatred at leftist Jews. Every day they misrepresent the facts. Every day they pretend the leftists Jews are antisemitic.’

‘I think we can conclude from this thread that Adam Wagner hates leftist Jews,’ another Tweet added.

Mr Wagner was also accused of ‘working for Campaign Against Antisemitism, another prosecuting body hiring private lawyers to get Corbyn’.

In 2019 Mr Wagner said the accusations against him can be interpreted as anti-Semitic tropes as the ‘Jew as lying manipulator from the shadowy sidelines’.

After the tribunal was published nearly a fortnight ago on September 9 Mr Wagner tweeted an update saying: ‘This has all been incredibly stressful as you might imagine so I’m not going to say anything more about it for now.’

Mr Bennett told the tribunal the offensive and abusive terms of the tweets ‘crossed the line’ for acceptable communication and that his failure to act was the result of a ‘significant loss of perspective’ on his part at the relevant time.

In 2019, Mr Bennett, who is also Jewish, quit his Doughty Street chambers after his involvement with the account was revealed.

The panel concluded that he had ‘behaved in a way which was likely to diminish the trust and confidence placed in him and the profession’.

It ruled: ‘Mr Bennett allowed to be tweeted, inappropriate and offensive tweets towards Adam Wagner.

‘The offence concerned is serious enough to justify both a reprimand and a fine.’

In July 2020, Riley and Oberman dropped their joint libel claim against another barrister for retweeting a critical blog post about the pair.

In 2021 Riley was awarded £10,000 damages by a High Court judge after suing Laura Murray, then an aide of Corbyn, over comments made on Twitter.