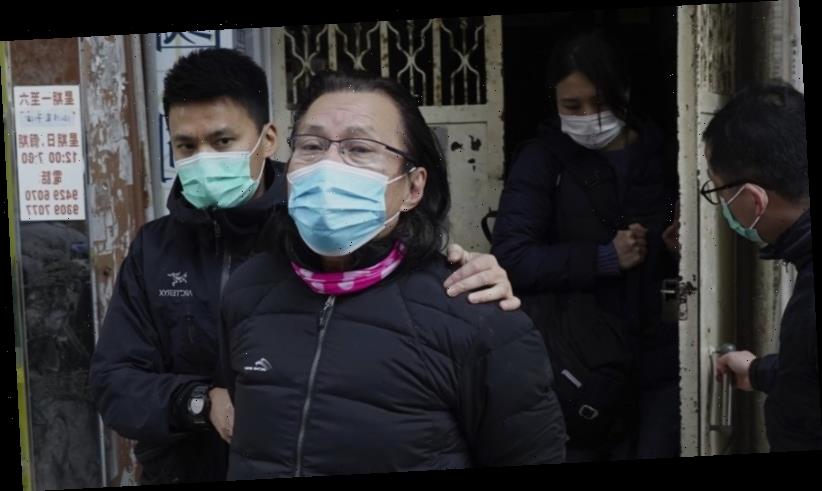 Hong Kong: Hong Kong national security police on Thursday arrested a lawyer and 10 others on suspicion of helping 12 Hong Kongers try to flee the city, local media reported in the latest arrests in an ongoing crackdown on dissent.

The fresh wave of arrests comes a week after police arrested 55 pro-democracy activists under the new national security law, the largest move against Hong Kong’s democracy movement since the law was imposed by Beijing last June to quell dissent in the semi-autonomous territory. 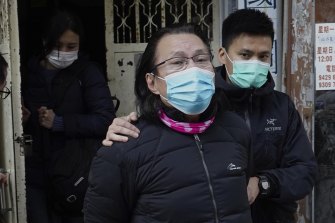 District councillor and lawyer Daniel Wong Kwok-tung, (centre), is escorted by police outside his office after police search in Hong Kong, on Thursday, January 14.Credit:AP

Recent arrests have intensified concerns that Beijing is asserting more control over the city, drawing criticism that it was breaking its promise of Hong Kong maintaining separate civil rights and political systems for 50 years from the handover from Britain in 1997.

Police arrested eight men and three women aged 18 to 72 for “assisting offenders,” according to the South China Morning Post, which cited unnamed sources.

Those arrested were suspected of helping the 12 Hong Kong youth who were detained at sea by mainland Chinese authorities while attempting to sail to Taiwan last August. Some of the fugitives were wanted in Hong Kong for offences related to anti-government protests in 2019.

District councillor and lawyer Daniel Wong Kwok-tung posted on his Facebook page that national security officers had arrived at his home, although he did not know yet to which police station he would be taken.

Wong, a member of the city’s Democratic Party, is known for providing legal assistance to hundreds of protesters arrested during the anti-government protests in Hong Kong in 2019.

Last month, 10 of the Hong Kongers detained at sea were sentenced to prison in Shenzhen for illegally crossing the border, with sentences ranging between seven months to three years. The two other detainees, who are minors, were handed over to Hong Kong and could face further charges in the city for absconding, authorities said.

The security law took effect last year after being imposed by Beijing in response to the swelling anti-government protests in the city. It criminalises acts of subversion, secession, terrorism and collusion with foreign powers to intervene in the city’s affairs. Serious offenders could face up to life imprisonment.