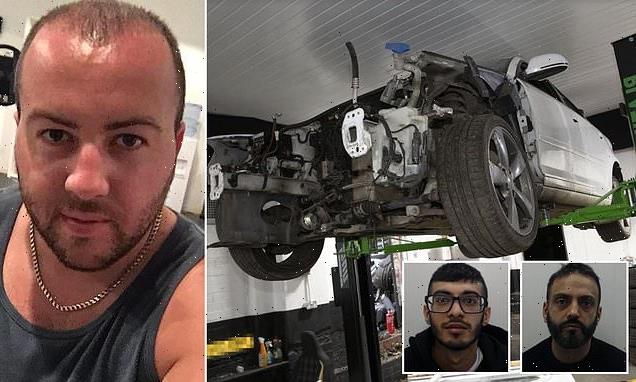 Frontbench Labour MP Tulip Siddiq has raised concern that ‘a large chunk’ of taxpayers’ cash has been lost through Covid support schemes to terrorists and organised crime.

The shadow Treasury minister also asked for ‘reassurances’ that the government was acting to address the £4.3 billion fraudulently lost to criminals like a gang who ran a stolen car chop-shop and got £145,000 in loans.

Other cases of abuse include a hitman, brothel owner, a gangland murderer and a drugs kingpin who helped swindle £100,000s in Covid-19 handouts and reports of people smuggling pandemic cash out of the country in suitcases.

Along with the billions in taxpayers money lost to fraud, officials have conceded as much as £17billion out of the £47billion in bounce back loans will not be paid back. 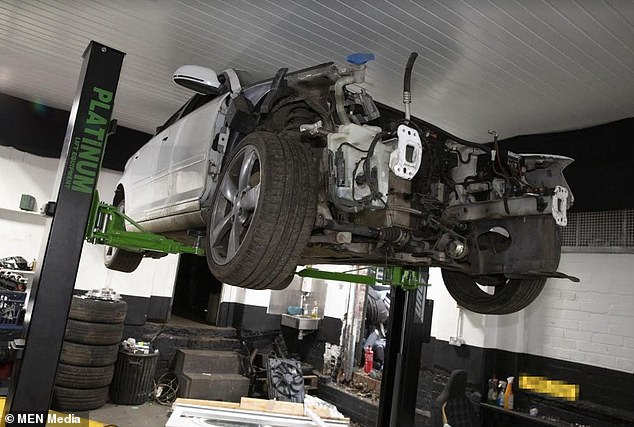 Ms Siddiq asked for ‘reassurances’ that the government was acting to address the £4.3 billion fraudulently lost to criminals like a group of car thieves who secured £145,000-worth of loans. Pictured: A stolen vehicle stripped of its parts in a chop shop raided by officers from Operation Norma. The Oldham-based gang got Covid loans and stole 70 luxury cars worth £2.25million 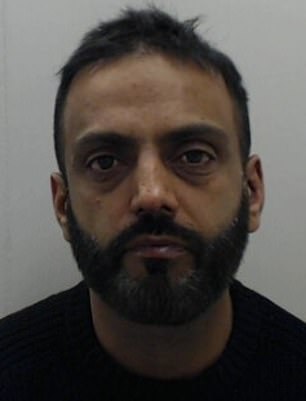 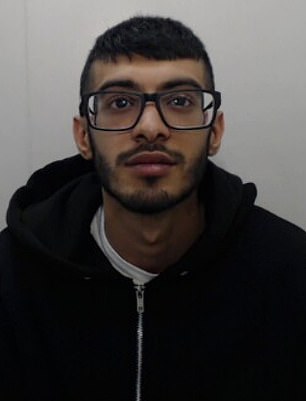 Left to right: Asif Hussain (who received £50,000 in Covid bounce back loans) and Ibraaz Shafique (who got two separate loans, together worth £95,000)

A report found last month that anti-fraud measures were ‘too little too late’ in Chancellor Rishi Sunak’s Covid Bounce Back Loan scheme – resulting in eye-watering losses for taxpayers.

The National Audit Office said that by the time the Government implemented any anti-fraud measures in June last year – a month after the scheme was launched – more than £28billion had already been paid out.

Other measures did not begin until September 2020 as Ministers focused on getting the loans out to support businesses that were struggling during the pandemic, the watchdog said.

In its report, the NAO also said that around £17billion may never be paid back, with £5billion lost to fraud and error.

Under Mr Sunak’s scheme, firms could borrow up to £50,000 interest-free for 12 months, with the loan guaranteed by the Government. It was a lifeline for small firms, but has also provided rich pickings for fraudsters who disappear, leaving the taxpayer to reimburse banks.

Other cases of abuse include a pub landlord who pocketed £29,000 in fake ‘consultancy fees’, a soft drinks company owner who inflated his turnover by 100 times to get the maximum loan, and a restaurant boss who was given a loan despite having been evicted from his premises for failing to pay rent.

The total figure could also be a lot higher from all the Covid programmes – not just the bounce back loan scheme.

The estimated £15.7billion is also said to ‘just the tip of the iceberg’, a fraud expert said, as more cases emerge.

Ms Siddiq told the Commons: ‘The Government has lost £4.3 billion of taxpayers’ money through fraudulent Covid schemes and now we are learning that a large chunk of this money is going into the hands of terrorists, into organised crime gangs, and into the hands of drug dealers.’

She asked for assurances that the Government is ‘actually taking these reports seriously’ and asked how many investigations related to Covid fraud are under way.

Treasury minister John Glen said: ‘The Government takes this very seriously and that’s why the Chancellor has invested at previous fiscal events £100 million in a taskforce to deal with this.

‘Indeed, when we designed a number of these interventions, protecting taxpayers was a very real consideration, but it is also the case that we needed to act swiftly in order to assist those businesses.

‘Some of the interventions, had we made them at the time, would have meant that many businesses would have gone under, but we continue to engage very carefully on this matter.’

Rishi Sunak also launched a £25million ‘fraud squad’ to tackle Covid swindlers and get back some of the cash.

The Treasury said the Public Sector Fraud Authority (PFSA) will double the government’s counter-fraud efforts and be tasked with ‘cracking down on criminal gangs who rip off the taxpayer’. 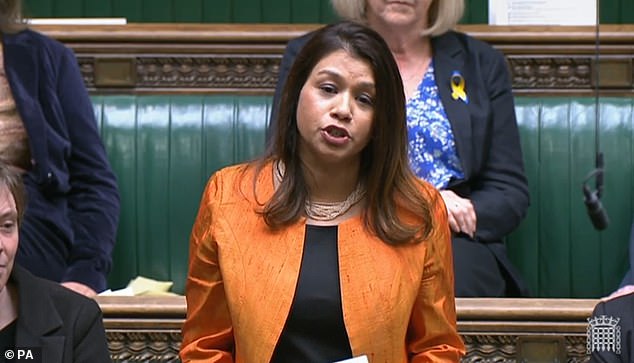 Ms Siddiq (pictured in December) told the Commons: ‘The Government has lost £4.3 billion of taxpayers’ money through fraudulent Covid schemes and now we are learning that a large chunk of this money is going into the hands of terrorists, into organised crime gangs, and into the hands of drug dealers’

The scandal has also draw further ire from the judicary who wanted to know how thieves could have got government loans.

Judge Cross demanded an investigation after Asif Hussain, the ringleader of an international ‘chop shop’ ring which exported stolen Range Rovers and other expensive cars to Dubai, was able to secure £50,000 in funding.

Judge Anthony Cross QC said ‘the most basic of checks’ would have revealed the fraud as he demanded an explanation from the authorities.

The judge said it ‘defies belief’ that Hussain, who has 48 previous offences on his record and was previously jailed for four years for drug dealing, was given funding.

Hussain claimed the bounce back loan for a firm called German Automotive 365 Ltd, a business selling and buying cars and offering maintenance. Despite never having submitted a tax return or registered for VAT, the £50,000 loan was extended to the firm. 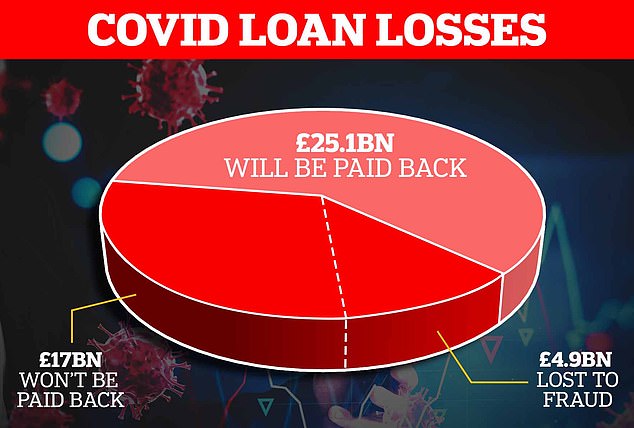 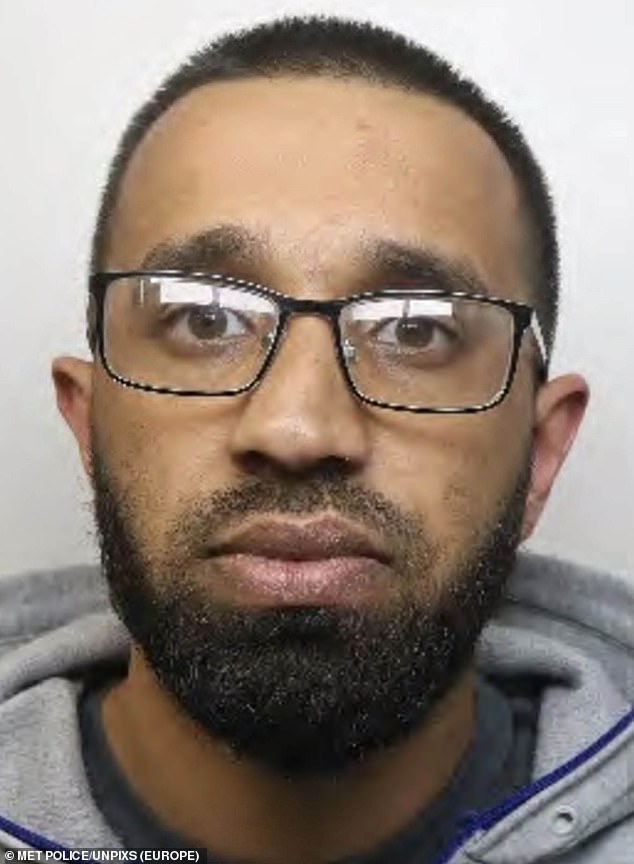 When Muhammad Gohir Khan, an £11-an-hour Iceland delivery driver from East London, was convicted this month of agreeing to murder a pro-democracy Pakistani blogger in return for a £100,000 fee, it emerged that he had used an insolvent travel and export business, which had collapsed in 2019, to secure a £45,000 loan when the pandemic struck a year later

What are bounce back Loans?

The bounce back scheme was one of the emergency measures introduced by the government to stop a wave of business bankruptcies during the early months of the Covid lockdown.

It allowed small businesses to apply for loans of up to £50,000 based on their turnover, which they self-declared. The money is paid back over six years at a fixed rate of 2.5 per cent.

The government covered the interest for the first year, and companies could apply for another six month grace period. Although the money was provided by banks, it is guaranteed by the taxpayer if the business fails to pay back the loan.

The pressures the Government faced to rapidly hand out Covid loans meant banks did not carry out some standard checks before they granted the loans.

Dariusz Sieredzinski, who trafficked an estimated 100 women from Eastern Europe in the back of lorries, before forcing them into prostitution also made at least two fraudulent bounce-back loan applications, totalling £90,000.

Hitman Muhammad Gohir Khan who was convicted of agreeing to murder a pro-democracy Pakistani blogger in return for a £100,000 fee, also got a £45,000 loan when the pandemic struck a year later.

Jonathan Houseman, a Black Country gangland figure, who was convicted of murdering former heavyweight boxer Brian McIntosh and his business associate Will Henry (brother of West End musical star Matt) after he asked them to clear a tip.

Houseman had no means to pay the £400,000 he then owed the pair. So during lockdown he purchased four largely inactive companies that could each be used to raise £50,000 via a bounce-back loan.

Greed then got the better of him, however, and he decided instead to simply murder McIntosh and Henry and keep the cash.

Experts have repeatedly warned that the scale of Covid fraud across all the government’s schemes will be higher than initially forecast, with Oxford University experts recently putting the figure as high as £37billion.

When the news of the fraud involved was exposed Lord Agnew of Oulton, a successful businessman who was minister for efficiency and transformation in the Treasury and Cabinet Office decided to resign.

He said the oversight of the Covid loans was ‘nothing less than woeful’ and accusing civil servants of ‘having no knowledge or little interest’ in stopping fraud.

‘Schoolboy errors were made,’ he declared, alleging that ‘a combination of arrogance, indolence and ignorance freezes the government machine’.