Labour rebels say they are ‘ready to’ back Boris Johnson’s Brexit deal on Saturday – but will enough of them defy Jeremy Corbyn?

Labour MPs in Leave areas could be ready to back Boris Johnson’s new Brexit deal on Saturday and defy Jeremy Corbyn.

A number of Labour MPs in the UK’s Brexit heartlands want to see a bill published on Saturday prior to the vote for the deal enshrining in UK law EU-style rights.

It comes as the Labour leader tore into Mr Johnson’s Brexit deal as ‘even worse’ than Theresa May’s doomed agreement this morning, that ends years of stalemate.

This evening one Labour backbencher told the Huffington Post said the key part of Mr Johnson’s deal was the proposals to ensure workers right and other protections for the environment.

The Labour MP said: ‘In some ways, this is weaker than May’s deal because it takes them from the withdrawal agreement and puts them into the non-binding political declaration,’ the MP said.

‘But if Boris can write all these things onto the face of a bill, and bring that bill forward pronto, we can vote for it.’ 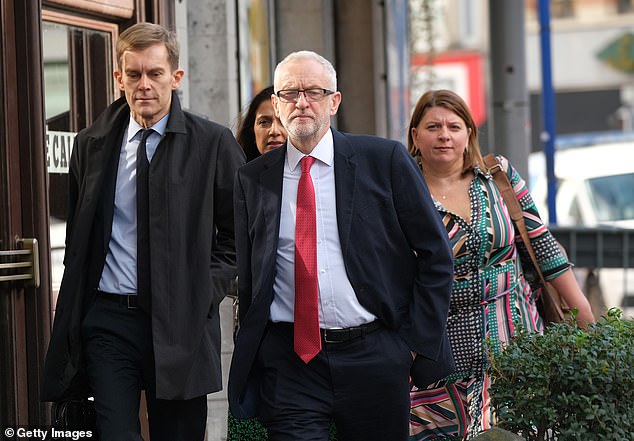 The Labour leader is said to be planning to whip his MPs to back an expected amendment making any agreement hammered out by the Prime Minister subject to a public vote.

A further Labour MP told the online publication that around 10 MPs may be ready to back Mr Johnson on Saturday.

The need for Mr Johnson to secure some Labour MPs to rebel against the whip on Saturday’s crucial Parliamentary sitting will see a furious confrontation between the two leaders.

This morning Mr Corbyn said: ‘From what we know, it seems the Prime Minister has negotiated an even worse deal than Theresa May’s, which was overwhelmingly rejected.

‘These proposals risk triggering a race to the bottom on rights and protections: putting food safety at risk, cutting environmental standards and workers’ rights, and opening up our NHS to a takeover by US private corporations.

‘This sell out deal won’t bring the country together and should be rejected. The best way to get Brexit sorted is to give the people the final say in a public vote.’

Mr Corbyn’s comments came amid growing speculation that pro-Remain MPs could shelve an attempt to try to force a second referendum because of fears of a lack of support.

MPs who support a so-called ‘People’s Vote’ had been expected to table an amendment to Mr Johnson’s deal when the Commons votes on it on Saturday.

That amendment would require the accord to be put to the country in a binary vote, pitching it against Remain.

But it is now thought that the Remainers could keep their powder dry at the weekend and instead concentrate on trying to kill off Mr Johnson’s deal. 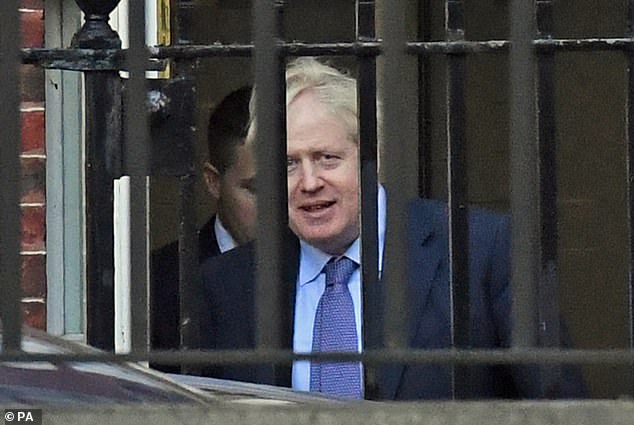 It is thought that the pro-EU MPs could hold fire and then make their move later in the Brexit process.

For example, if the deal is agreed by MPs then they could try to amend key Brexit legislation in the coming weeks to force a second referendum.

If it is defeated they could try to take control of the Commons next week to vote on holding another national ballot.

A pro-People’s Vote source told MailOnline that ‘no decisions have been made’ yet about the precise strategy for Saturday.

It came after claims that Mr Corbyn is prepared to back potential moves to force a referendum on Mr Johnson’s deal.

The Labour leader is said to be planning to whip his MPs to back such an amendment.

Such a move would be likely to be backed by the Liberal Democrats, the SNP and some of the 21 MPs who lost the party whip after voting to block a No Deal Brexit, the Times reported.

However party insiders distanced themselves from the idea, given that Mr Johnson is yet to formally present anything to MPs.

Mr Corbyn also distanced himself from such a move last weekend, telling Sky News:’I think many in Parliament, not necessarily Labour MPs but others, might be inclined to support it, because they don’t really agree with the deal – but I would caution them on this.’

The Labour leader has said that he wants a general election before any potential referendum vote.

But a Lib Dem source said it wanted a People’s Vote before an election.

‘We have been aware that Labour Whips have been in discussions with their own MPs about this sequence.

‘In the scenario a deal happens, we would want Corbyn to back a People’s Vote too.

‘It has to be a three-line whip as when it was indicative votes too many Labour MPs ignored Corbyn and we lost the vote for that reason.’

‘He doesn’t trust the people, and he is simply not willing or able to make the difficult decisions needed to take Britain forward.’

The UK and the EU have agreed to a new Brexit deal as Mr Johnson said he will ask MPs to vote for it on Saturday despite continued DUP opposition.

However, the DUP has rejected the proposed agreement which means it is far from certain that it will be agreed by a majority of MPs when Parliament sits at the weekend.

Mr Johnson tweeted: ‘We’ve got a great new deal that takes back control — now Parliament should get Brexit done on Saturday so we can move on to other priorities like the cost of living, the NHS, violent crime and our environment.’

Mr Juncker added: ‘Where there is a will, there is a deal – we have one!

‘It’s a fair and balanced agreement for the EU and the UK and it is testament to our commitment to find solutions. I recommend that #EUCO endorses this deal.’

The DUP issued a statement early this morning in which the party branded the package put forward by the PM unacceptable.

The party said it ‘cannot support’ the concessions made on customs and consent of the Northern Irish people.

Dealing another hammer blow to the fledgling blueprint, they also condemned a ‘lack of clarity’ on whether EU VAT rates will apply in the province.

The DUP statement was issued before Mr Johnson announced that a deal had been done with the EU.

But the party then reportedly refused to budge in the wake of the news as sources told Sky News: ‘Read our statement. It has not changed.’

Mr Johnson’s decision to push ahead with the deal despite not having the support of the DUP sets up a tense showdown vote in the House of Commons on ‘Super Saturday’.