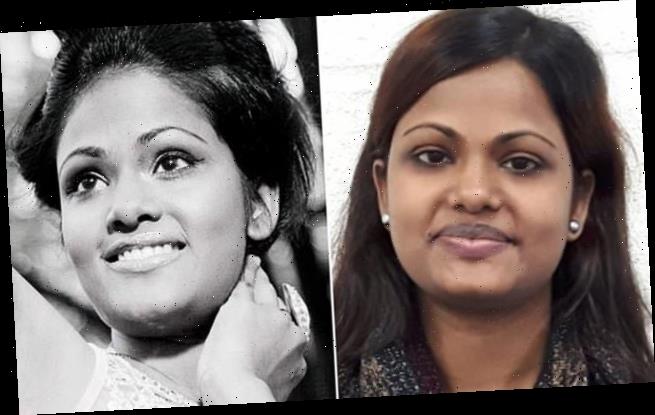 Labour councillor, 38, avoids jail after she left her four-year-old child alone for FOUR HOURS in house that reeked of urine and was smeared with faeces while she went to work

A Labour councillor has avoided jail after she left her four-year-old son alone in a house that ‘reeked of urine and was smeared with faeces’ while she went to work.

Shammi Akter, 38, was arrested at her home in Milton Keynes, Buckinghamshire after her four-year-old son was found alone on September 6, 2019, saying he did not know where his mother had gone.

Akter, who represented the Woughton and Fishermead ward, claimed on arrival at the property that she had only gone out for 15 minutes to visit a sick friend and had left the child in the care of his father.

However, Aylesbury Crown Court heard officers were called to the home by Akter’s former partner, who reported his son had been locked in the property on his own.

The mother admitted one count of neglecting/assaulting/ill-treating/abandoning a child to cause unnecessary suffering or injury at Milton Keynes Magistrates’ Court last November.

She has now been handed an eight-month jail sentence, suspended for 18 months, and ordered to wear an electronic tag for six months. 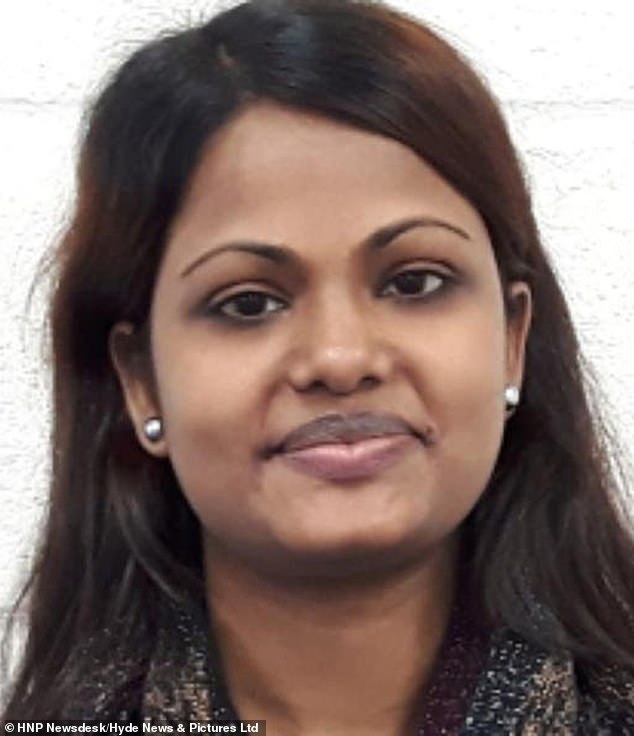 Shammi Akter, 38, was arrested at her home in Milton Keynes, Buckinghamshire after her four-year-old son was found alone inside the property on September 6, 2019. Pictured: Akter

Akter was today expelled from the Labour Party and forced to resign from Milton Keynes Council, where she was a member of the Health and Adult Social Care Scrutiny Sub-Committee.

The single mother, who claimed Universal Credit, had unsuccessfully tried to gag the Press from reporting details of the case due to fears she would lose her position and income as a councillor.

The court heard how police were called to Akter’s home on September 6, 2019 to find the child inside the property with the doors and windows locked, and his father outside.

Officers then forced entry to the house through a back door, and found the house was ‘like a sauna’ with the heating on high, noting a ‘very strong smell of urine’ and a pair of scissors left out on a bedside cupboard, it was said.

Simon Elliott, prosecuting, told the court: ‘Police attended the defendant’s address following a phone call from her former partner. In that telephone call, he reported his four-year-old son had been left alone at home.

‘The police arrived. The former partner was outside, the child at the front window. He said that he did not know where his mummy was.

‘The doors and windows were locked. The former partner was unable to get to his son or talk to him. At one stage, the boy was holding his father’s hand through the letterbox of the front of the property. 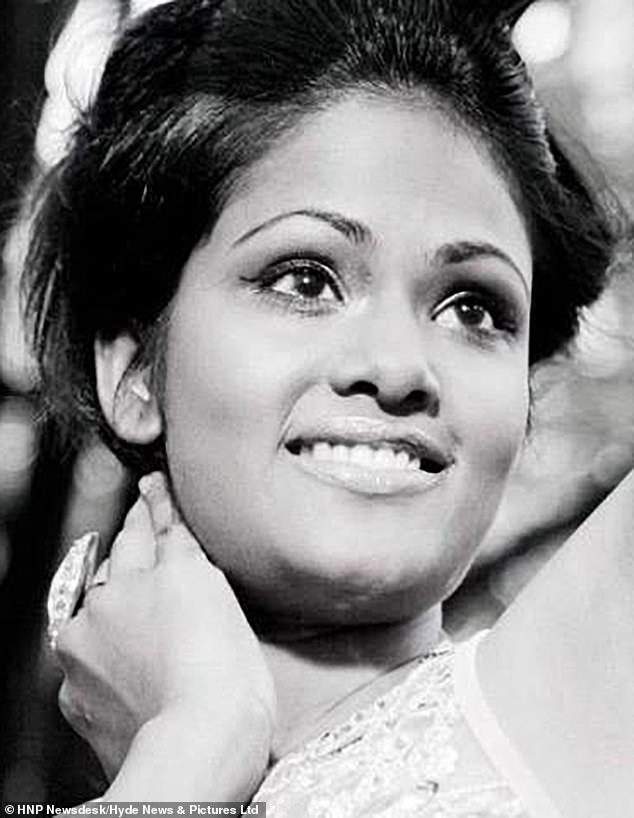 Akter, who represented the Woughton and Fishermead ward, claimed on arrival at the property that she had only gone out for 15 minutes to visit a sick friend and had left the child in the care of his father. Pictured: Akter

‘Police decided they would gain access to the property. Upon entry, the police observed that it was like a sauna, a storage heater had been left on at a high temperature.

‘They also observed there was a very strong smell of urine within the property.

‘They observed that the house was untidy and there was stains on walls and carpeting and in various rooms. They observed what they considered to be an excrement smear on the carpet.’

The child later told police that his mother was at work, but when Akter arrived at the property she claimed she had only left her son alone for 15 minutes to visit a sick friend. It is unclear where Akter worked.

There was also no evidence her ex-partner, who cannot be named, had been left in charge of their son.

The father said: ‘I began to suspect that my son was being left to look after himself whilst Ms Akter slept upstairs after her night shift. She said that he was fine to be left alone while she slept.

‘When our son initially came to live with me after the incident, his behaviour was not great. He was argumentative, used bad language and was rude at times for no reason.

‘He seemed older than his years, he lived the life of an adult.’

The father added that his son seemed underdeveloped in some areas, in that he still wore nappies and was unable to use cutlery when feeding himself.

‘I really feel for my son an I do not know what else Ms Akter is capable of,’ he said. ‘I have no idea where her moral boundaries lie.’

Elise Jeremiah, defending, told the court that the father is currently locked in ongoing family proceedings with Akter over their son.

The lawyer said: ‘There are two sides to this story and at no point has a judge in the Family Court seen fit to remove this child from his primary carer [his mother], who has been his primary carer since birth.

‘She had previously arranged for childcare and in this case and it did not work out and she took a disastrous decision to leave her child alone.

‘She went straight to work, she left it as long as she could before her shift started and she came straight back after her shift ended. She is not somebody who went out on the town and left her child with somebody else.

‘She was, at that time, emotionally and financially in dire straits and she took the decision that she did, that she will regret for the rest of her life.

‘This was a momentary and brief lapse in judgement.’

Akter had been suspended from the MK Labour party but was still a serving councillor until today.

She said: ‘Not only did you not turn to your son’s father for help on September 6, but afterwards you sought to blame him for what happened. That really is despicable conduct.

‘One of the most heart-rending things I read in relation to this case is that at one point, when the police arrived, your son is locked inside the house unable to get out, his dad is in a panic outside unable to get in and he is holding your son’s hand through the letterbox to try to reassure him.

‘The only reason why I am not sending you straight to prison today is your son.

‘That little boy has suffered quite enough over the last two years and I am not going to do anything today which is going to add to his suffering.’

Judge Tulk sentenced Akter to eight months imprisonment, suspended for 18 months, and ordered her to carry out 150 hours of unpaid work.

She also must wear an electronic tag between 7pm and 6am for six months.

Pete Marland, Labour leader of Milton Keynes Council, said: ‘Shammi Akter is no longer a member of the Labour Group.

‘It would be right, given the serious nature of the matter, that she resigns her position on MK Council.’