Who are you calling scruffy! Labour attack Boris Johnson over his appearance despite Jeremy Corbyn’s own battles with his unkempt look

The Labour Party risked ridicule today after it attacked Boris Johnson for being ‘scruffy’ despite Jeremy Corbyn’s own history of being criticised over his appearance.

In an email to Labour members entitled ‘We WILL stop Boris – here’s how’ the party sought to drum a social media firestorm as it urged activists to post online that ‘we can’t trust Boris’.

It then proceeded to suggest the new Tory leader was a ‘scruffy Etonian buffoon’ and a ‘calculating liar’.

Mr Corbyn’s own appearance has previously come in for criticism with David Cameron famously telling the Labour leader in February 2016 he needed to ‘put on a proper suit’ and ‘do up your tie’.

The Labour leader blasted Mr Johnson as soon as he was confirmed as Theresa May’s replacement today as he labelled the former foreign secretary the ‘bankers’ friend’ and demanded an early general election.

Mr Johnson took aim at Mr Corbyn during his victory speech as he promised to defeat the Labour Party. 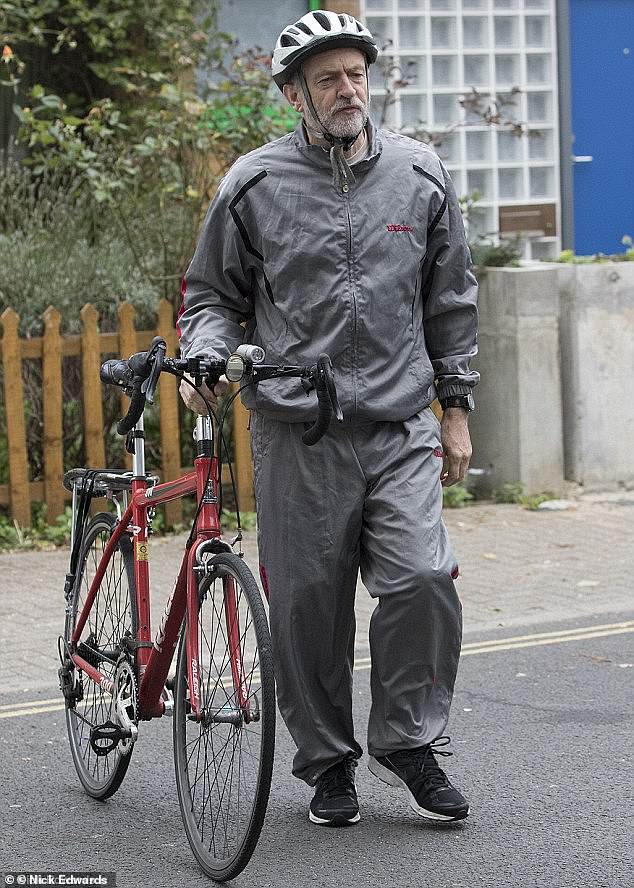 Jeremy Corbyn has frequently been criticised over his appearance. The Labour leader is particularly fond of wearing tracksuits 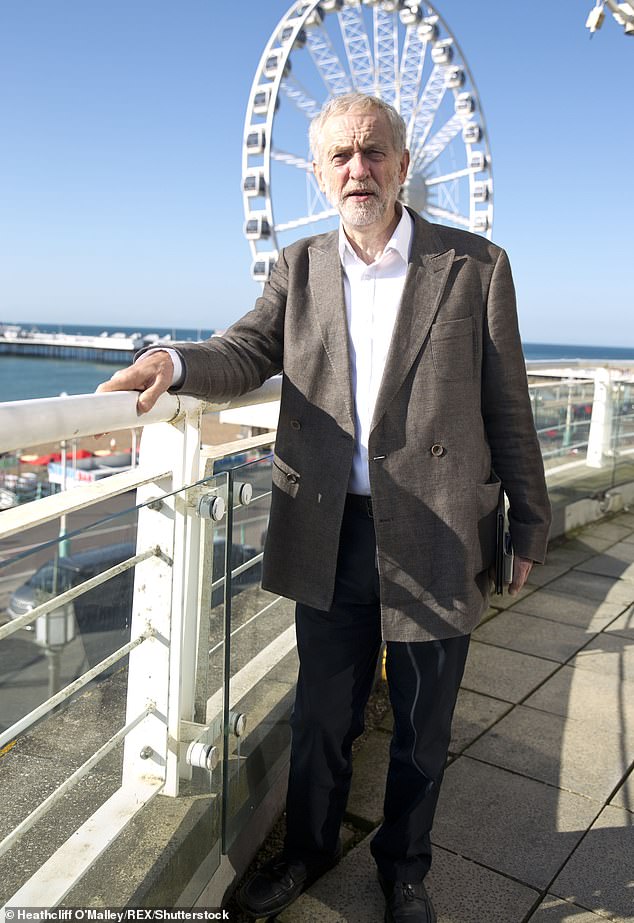 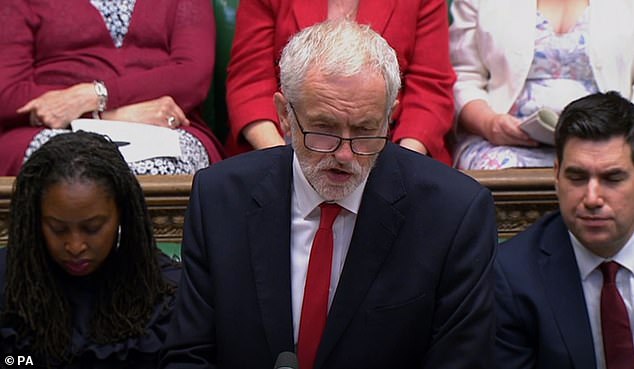 The Labour leader, pictured in the Commons on July 10, now strikes a smarter figure at PMQs than when he used to face off against David Cameron

The possibility of a government led by Mr Corbyn was mentioned repeatedly by Mr Johnson during the Tory leadership campaign as he sought to persuade activists to back his bid for Number 10.

There was no love lost between Mr Corbyn and Mrs May during clashes at Prime Minister’s Questions over the last three years.

But the immediate attack on Mr Johnson suggests the new prime minister’s relationship with the leader of the Opposition will be just as fractious.

‘How did our country sink so low? Whether you think he’s a scruffy Etonian buffoon or a cold, calculating liar, what’s clear is his terrifying support of a damaging No Deal Brexit and his stunningly out-of-touch policy of tax cuts for the wealthy.

‘We have to stop him. It starts with revealing the real Boris Johnson: Out of touch elitist. Untrustworthy. Incompetent.’

Mr Corbyn was repeatedly criticised over his appearance after he first became Labour leader in 2015.

He underwent something of a transformation during the 2017 general election as he was pictured wearing crisp navy suits and sharp red ties.

But there have still been moments of criticism since then.

In November 2018 Mr Corbyn was attacked for wearing an anorak to the Armistice Day service at the Cenotaph.

He was accused at the time of showing a ‘lack of respect’ after turning up wearing a navy blue jacket labelled by critics as ‘scruffy’ and inappropriate.

Mr Corbyn tweeted after Mr Johnson’s defeat of Jeremy Hunt was announced: ‘Boris Johnson has won the support of fewer than 100,000 unrepresentative Conservative Party members by promising tax cuts for the richest, presenting himself as the bankers’ friend, and pushing for a damaging No Deal Brexit.

‘But he hasn’t won the support of our country. 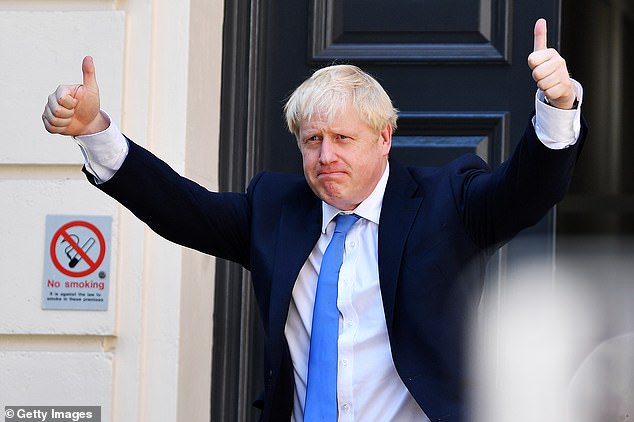 Boris Johnson, pictured today in London after he was made Tory leader, has also been subjected to jibes over the way he dresses 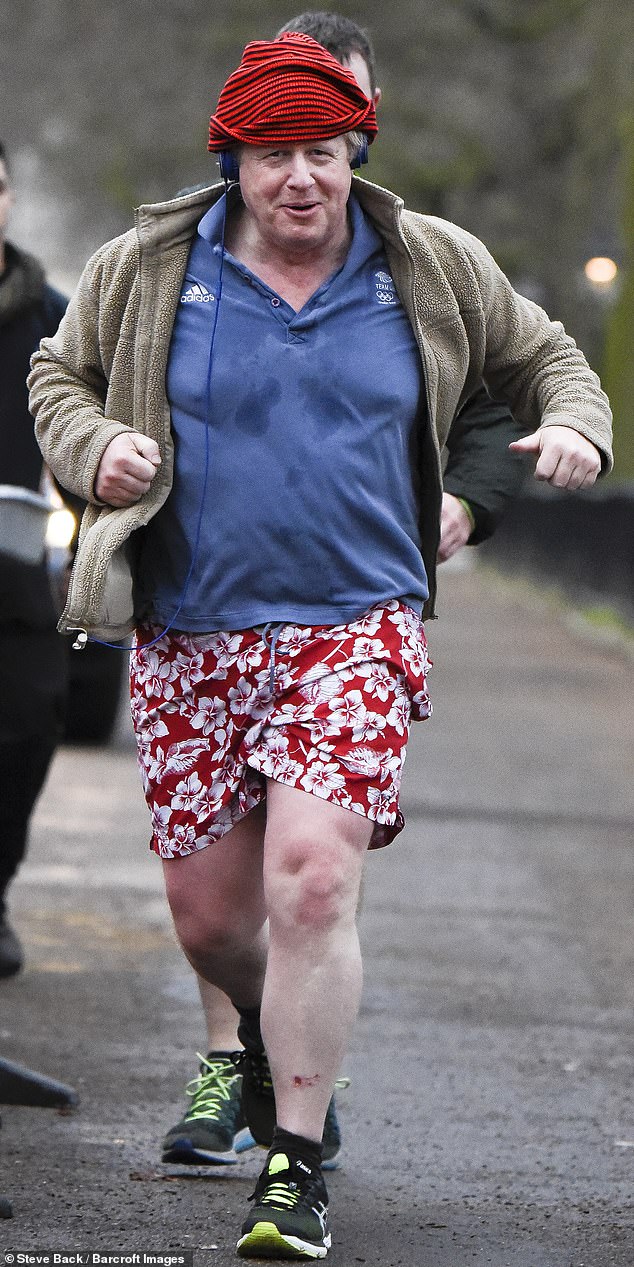 ‘Johnson’s No Deal Brexit would mean job cuts, higher prices in the shops, and risk our NHS being sold off to US corporations in a sweetheart deal with Donald Trump.

‘The people of our country should decide who becomes the Prime Minister in a General Election.’

Mr Johnson promised to defeat Mr Corbyn as he was elected today, telling Tory members: ‘I think that we know we can do it and that the people of this country are trusting in us to do it and we know that we will do it.

‘And we know the mantra of the campaign that has just gone by, in case you have forgotten it and you probably have, it is deliver Brexit, unite the country and defeat Jeremy Corbyn – and that is what we are going to do.

‘We are all going to defeat Jeremy Corbyn.’