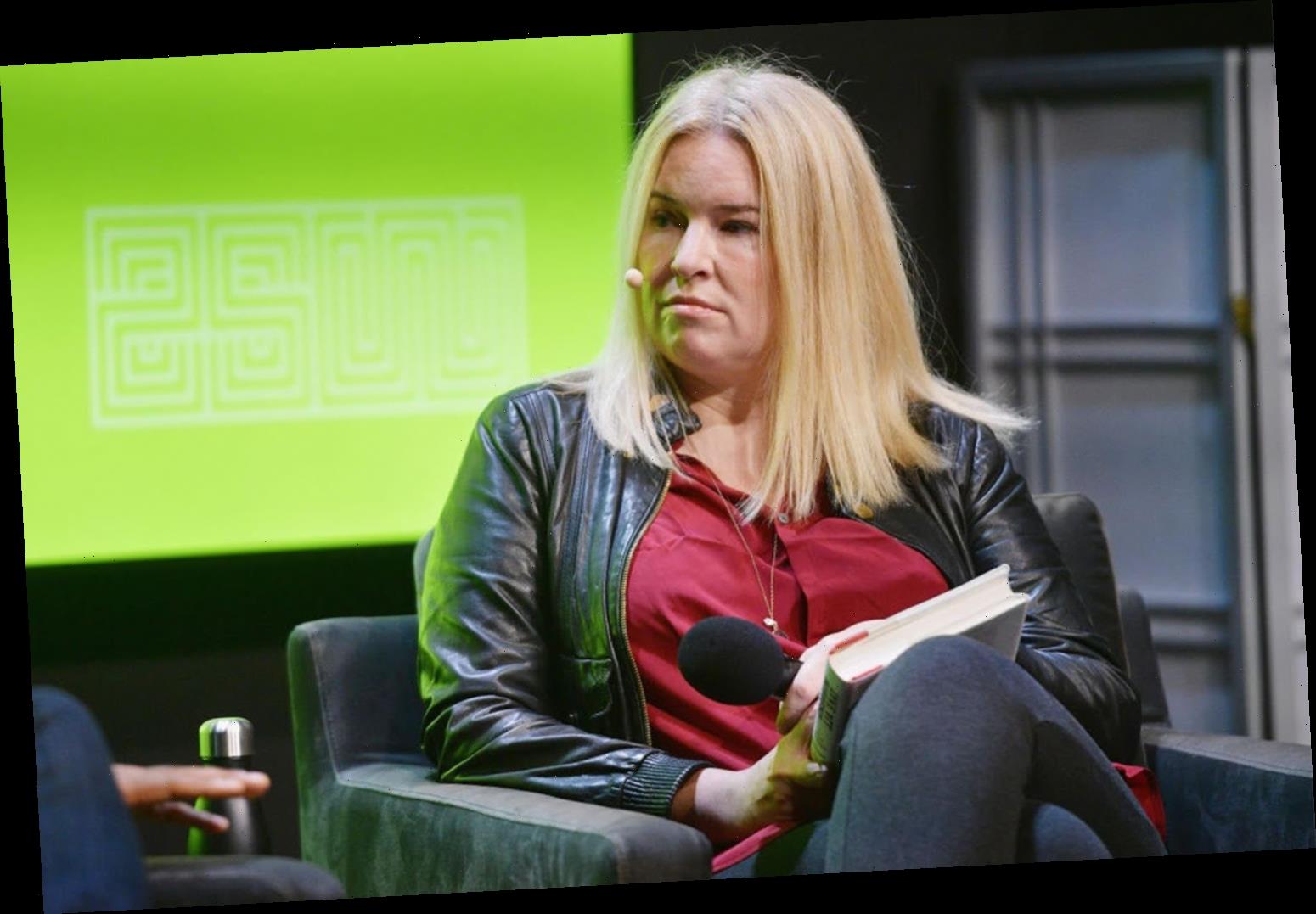 LOS ANGELES Times columnist Virginia Heffernan has come under fire after she compared her neighbours to Nazi sympathizers and Hezbollah for supporting Donald Trump.

The Brooklyn-born journalist, 51, wrote a column titled February 5 titled, 'What can you do about the Trumpites next door?', depicting a strange account of an exchange with her neighbours next door to her "pandemic getaway". 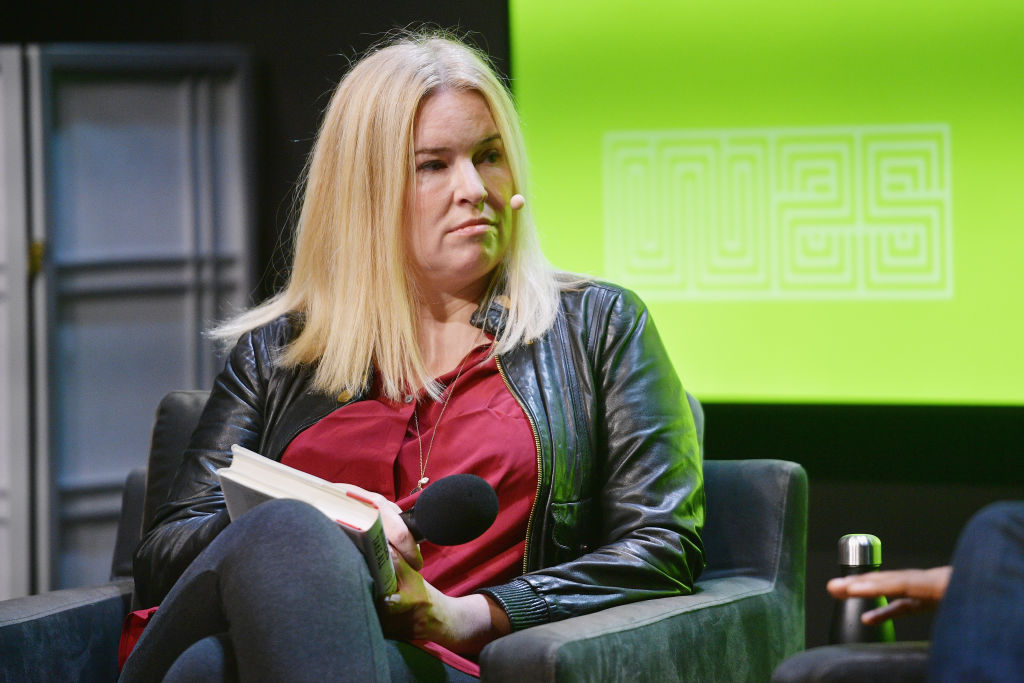 She explained the "Trumpites", "who seemed as devoted to the ex-president as you can get without being Q fans, just plowed our driveway without being asked and did a great job."

"How am I going to resist demands for unity in the face of this act of aggressive niceness?", Heffernan wrote.

The author has co-hosted 'Trumpcast', a podcast chronicling Donald Trump's presidency, over the last four years.

The controversial column continued, "Of course, on some level, I realize I owe them thanks — and, man, it really looks like the guy back-dragged the driveway like a pro — but how much thanks?"

Heffernan was somewhat taken aback by the kindness of her neighbours, adding, "This is also kind of weird. Back in the city, people don’t sweep other people’s walkways for nothing."

But she didn't stop there – instead comparing the good deed to the acts of the Shiite Islamist political party, Hezbollah, in Lebanon. 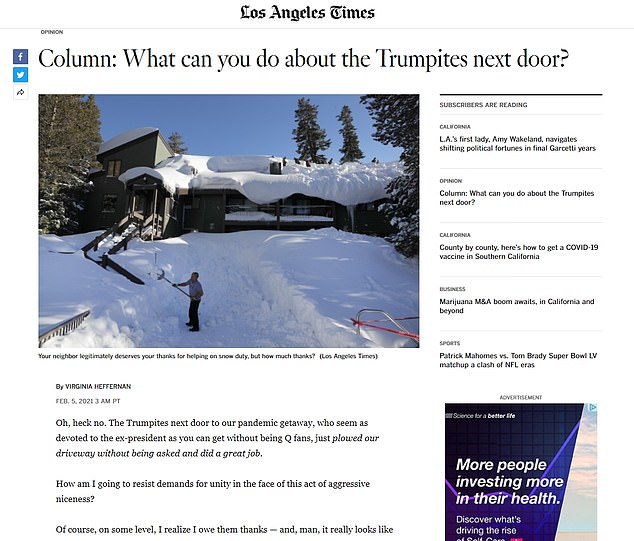 "The favors Hezbollah does for people in the cities Tyre and Sidon probably don’t involve snowplows, but, like other mafias, Hezbollah tends to its own — the Shiite sick, elderly and hungry," she said.

"They offer protection and hospitality and win loyalty that way. And they also demand devotion to their brutal, us-versus-them anti-Sunni cause. Some of us are family, the favors say; the rest are infidels."

Heffernan went on to use the Nation of Islam leader, Louis Farrakhan, to illustrate her point.

"While the Southern Poverty Law Center classifies him as a dangerous anti-Semite, much of his flock says he’s just a little screwy and unfailingly magnanimous. To them."

She even referred to a upper-middle-class French family she had stayed with as a teen, who did not celebrate the 100th birthday commeration for Charles de Gaulle, who freed France from the Nazis.

"They did have several portraits of Philippe Pétain, Nazi collaborator, on their wall," she noted.

The opinion piece concluded, "What do we do about the Trumpites around us? Like Rep. Alexandria Ocasio-Cortez (D-N.Y.), who spoke eloquently this week about her terrifying experience during the insurrection at the Capitol on Jan. 6, Americans are expected to forgive and forget before we’ve even stitched up our wounds.

"Or gotten our vaccines against the pandemic that former President Trump utterly failed to mitigate.

"My neighbors supported a man who showed near-murderous contempt for the majority of Americans. They kept him in business with their support.

Heffernan decided: "With a wave and a thanks, a minimal start on building back trust," she said, adding: "I’m not ready to knock on the door with a covered dish yet."

She offered a "standing invitation to make amends", as "free driveway work, as nice as it is, is just not the same currency as justice and truth".

It is thought she is holed up in her hideaway in upstate New York, after she left Brooklyn at the start of the pandemic.

"This woman compares her Trump-supporting neighbors, who plowed her driveway, to Nazi sympathizers & Hezbollah & wrestles w/whether to show them any kindness since she "can’t give them absolution',"she said.

He said, "Virginia Heffernan, in charge of justice and truth. There's something deep about this, very revealing about the state of the country."

Her piece has sparked a wave of online criticism, with Twitter users branding her a "rich woke columnist".

One wrote, "This column says a lot more about your character than your neighbours. I'm very happy that you and your judgemental attitude are not my neighbour."

Another joked, "Hopefully they put the snow back. Someone did something nice for you and you are still victimized? WOKE!!!"

Attorney Clifton Fels declared it was "one of the most appalling op-eds I've ever read." 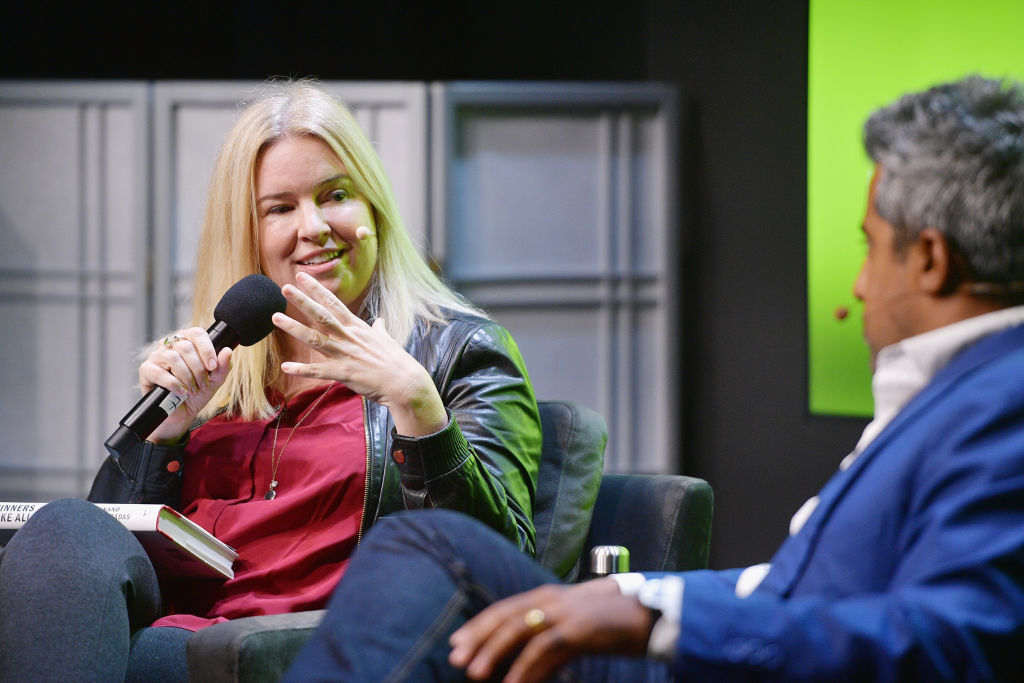