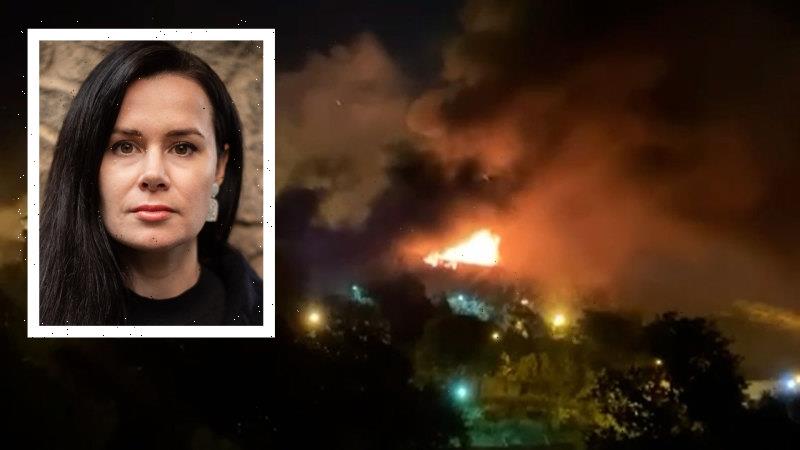 Kylie Moore-Gilbert watched the prison that held her for 804 days on trumped-up espionage charges become the burning epicentre of Iran’s civil unrest on Sunday, gripped by concern for her former inmates and with the growing sense that Iran was in the early throes of a revolution.

Evin prison holds many of Iran’s political and dual-national detainees and is notorious for human rights abuses. A huge fire broke out at the prison on Saturday, local time, with witnesses and local media reporting gunshots and explosions within its walls. 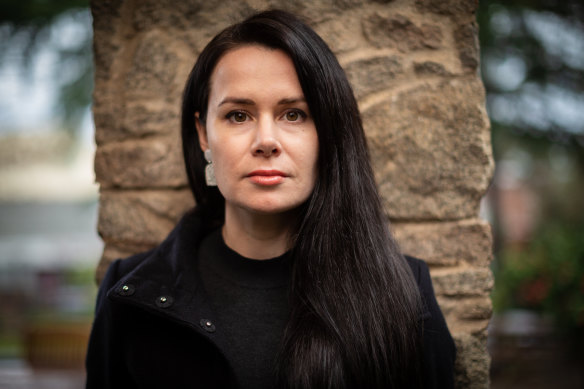 Kylie Moore-Gilbert fears for her friends stuck in Evin prison, which was set on fire amid Iran’s civil uprising.Credit: Scott McNaughton

“It looks completely horrific,” said Moore-Gilbert, who was released from Evin in November 2020.

“You’ve got huge plumes of smoke and guards projecting missiles into the prison, presumably to try and prevent a mass breakout or put a lid on the unrest. The idea of being locked in a ward and smelling fire and smoke and hearing uproar around you and not knowing what’s going on or not being able to escape or get out or protect yourself must be terrifying.”

Iran’s state-run IRNA reported there were clashes between prisoners in one ward and prison personnel, citing a senior security official. The official said prisoners set fire to a warehouse full of prison uniforms, which caused the blaze. He said the “rioters” were separated from the other prisoners to de-escalate the conflict.

The official said that the “situation is completely under control” and that firefighters were extinguishing the flames. Later, Tehran prosecutor Ali Salehi said that “peace” had returned to the prison and that the unrest was not related to the protests which have swept the country for four weeks. 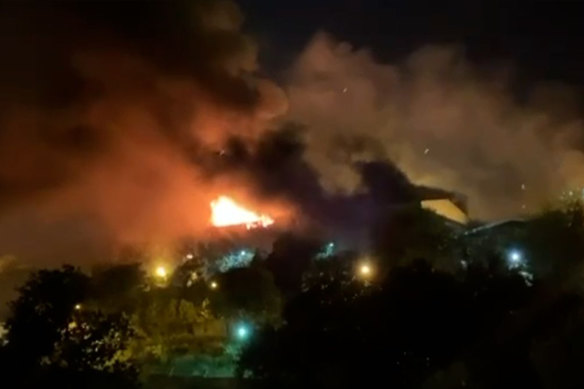 Videos posted online showed shots ringing out as plumes of smoke rose into the sky amid the sound of an alarm. A protest broke out on the street soon after, with people burning tyres and chanting. Motorists beeped their horns to show solidarity with the protesters. Ambulances and fire trucks rushed towards the prison. The internet was blocked in the area.

The prison fire occurred as protesters intensified anti-government demonstrations along main streets and at universities in some cities across Iran on Saturday. Human rights monitors reported hundreds dead, including children, as the movement concluded its fourth week.

Some speculated that the fire was deliberately lit by the regime, but Moore-Gilbert said it was more likely caused by the prisoners, who have been staging sit-ins and protests since the country erupted four weeks ago over the death of 22-year-old Mahsa Amini in police custody. Amini was arrested by Iran’s morality police in Tehran for violating the Islamic Republic’s strict dress code.

She said the prisoners had access to fire-starting materials such as lighters and gas. They were well aware of the protests outside the prison walls and had been heard chanting “Death to the Dictator” – a reference to Supreme Leader Ayatollah Ali Khamenei – which was one of the slogans of the movement.

Moore-Gilbert was kept in solitary confinement during her time at Evin. But she saw other wards crowded with hundreds of prisoners and only one or two guards, who could easily be overpowered. Once, while she was in Qarchak prison, the prisoners rioted by banging on doors and chanting slogans. A couple of weeks later, by which time she had left that prison, police entered the ward and beat up the prisoners.

The families of Moore-Gilbert’s friends in Evin have confirmed that they are safe, but she fears for them still.

“I’m just so worried about my friends and there are so many people in there, so many brave and inspirational women who have been involved in these protests and it’s just horrific to think about. It’s too early to know what’s going to happen, but it looks like it’s going to be a revolution. Iran can’t go back to what it was before, that’s for sure.

“I really hope they’re going to break into Evin prison and let all the prisoners out and that my friends are among them.”