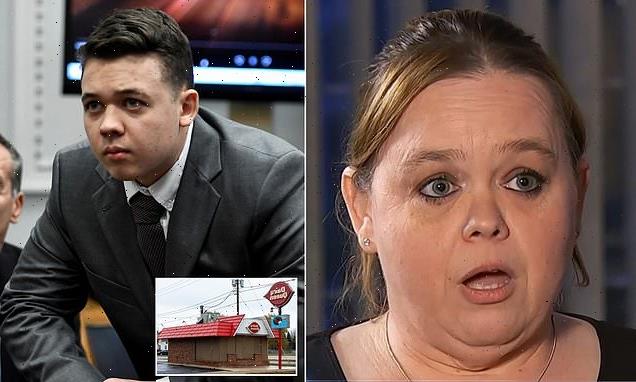 ‘If he hadn’t brought that gun, he’d be dead’: Kyle Rittenhouse’s mother says he was being ‘chased by a mob’ and is now being treated for PTSD: Jury gathers to decide Kenosha shooter’s fate TODAY as city braces for verdict

Kyle Rittenhouse’s mother has defended him shooting and killing two BLM protesters last summer, saying it was either their lives or her teenage son’s who was being ‘chased by a mob’.

Rittenhouse, now 18, was 17 when he killed two white protesters and wounded a third during a riot in Kenosha, Wisconsin.

He has been trial over the last several weeks, and a jury has now gathered to decide whether or not to convict him of murder.

The trial has been marred with prosecutorial mishaps that could lead to a mistrial being declared or an acquittal.

In an interview with NBC Nightly News on Sunday, Rittenhouse’s mother Wendy said she believes her son – who sobbed on the witness stand – did a ‘good job’ giving evidence. 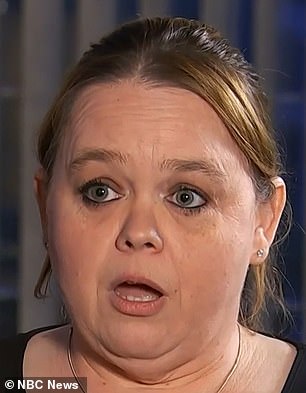 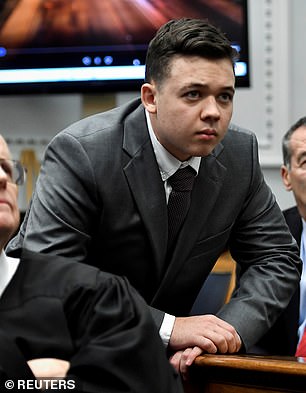 In an interview with NBC Nightly News on Sunday, Rittenhouse’s mother Wendy said she believes her son – who sobbed on the witness stand – did a ‘good job’ giving evidence

She said he is being treated for PTSD and that she is standing by him, claiming he would be dead if he hadn’t brought his AR-15 rifle to the riot last August.

‘A lot of people shouldn’t have been there. He brung that gun for protection and to this day, if he didn’t have that gun my son would have been dead.

‘He went down there to help. And he was chased by a mob,’ she said.

‘Wendy said she was ‘scared’ ahead of the verdict, and that she was a ‘nervous wreck’ when her son took the stand last week.

‘Twelve people have my son’s life in their hands. I will always stand by him,’  she said.

Opening arguments for the trial began on November 14.

Rittenhouse’s attorneys say he was a patriotic vigilante who took his gun to the riot to defend the town of Kenosha as it fell under siege from protesters. 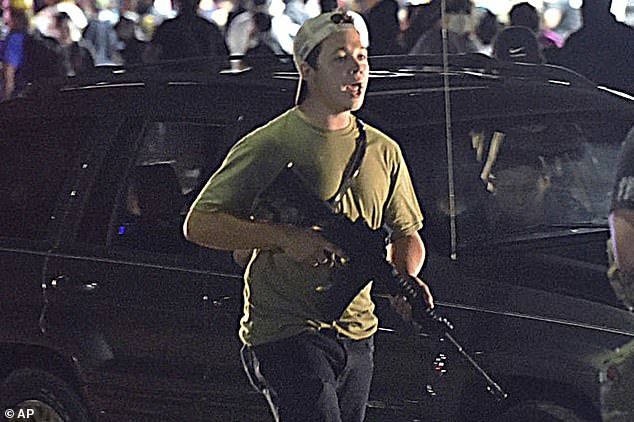 Rittenhouse is shown on August 25, 2020, with his AR-15 rifle, the night he killed two BLM protesters and wounded another in a riot in the city. He says he was acting in self-defense and had heard a gunshot behind him 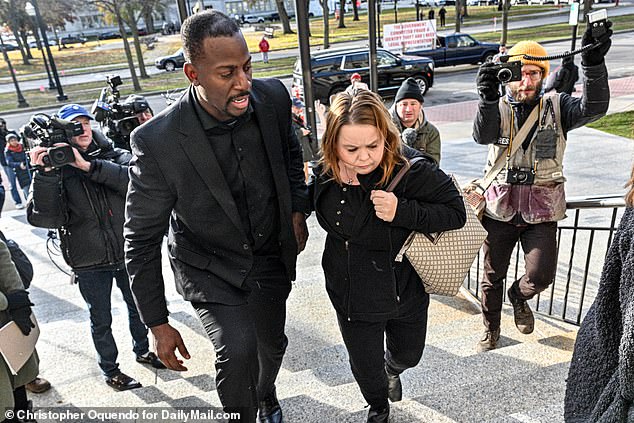 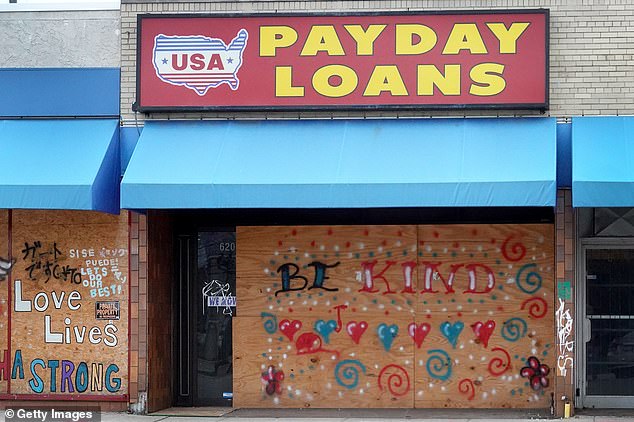 A business that was burned and looted last summer remains boarded up more than a year after rioting broke out following the shooting Jacob Blake in the summer of 2020. The city is currently bracing for potential fresh riots 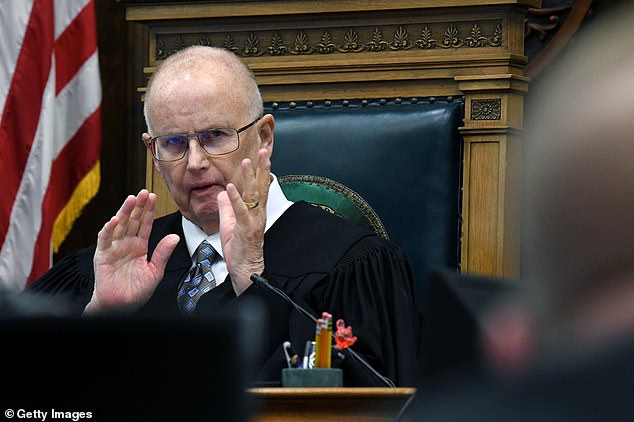 Judge Bruce Schroeder asked Rittenhouse to confirm that he agreed with his attorneys’ decision to allow the jury to consider lesser charges on some counts, after prosecutors admitted the weakness of their case

The teenager told the courtroom how he’d heard a shot from behind him, three seconds before he opened fire.

He insisted it was self-defense and that he did not instigate the violence.

Video footage from the riot and even prosecution witnesses corroborated what Rittenhouse and his team argued.

Prosecutors also submitted banned TikTok footage which the judge had explicitly told them not to.

Store owners in Kenosha are bracing for unrest whichever way the jury falls.

Some have still not removed the boards from their windows from last year’s riot.

The Governor of Wisconsin has authorized 500 National Guard troops to be on standby in case of any unrest, and police forces across the country say they are monitoring the situation.