After taking some time to heal following her April 2020 split from ex Jay Cutler, Kristin Cavallari is finally really to put herself back out there. On Sunday, the 35-year-old reality star and designer took to her Instagram Stories answering fan questions, many of which surrounded her dating life.

"I've honestly needed the past two years to work through some heavy stuff," Cavallari wrote in response to a fan question of whether she was dating. "I dated a little here and there but no one serious. I am finally in a place where I'm ready for a relationship. And yes, I realize that didn't really answer that question… let's just say this: When you are able to finally fully close a chapter, it's amazing what you will start to attract."

Following her split from Cutler, Cavallari was linked to comedian Jeff Dye as well as singer Chase Rice.

Of single life, Cavallari added, "I think it's crucial to be happy on your own before entering into a relationship. No one can make you happy or fill a void. That's an inside job."

In a future partner, Cavallari said she's looking for her "rock."

"Someone who is so comfortable in their own skin, who is stable and has their own s**t going on," she explained. "I want a good, sweet guy. I'm done with narcissist a**holes, thank you very much."

When another fan asked if she was happy, Cavallari replied, "I love this question because yes, I am. This is the first time in my entire life I can truly say that."

As for a future marriage, Cavallari is open to the idea if the right person comes along.

"I still very much believe in marriage and I've had tremendous growth over the past two years, so I will be entering a new relationship as a different person, which really excites me," she noted.

The mother of three, who shares her kids with Cutler, said that while her life "feels very full" with her children, she "would be open to one more." 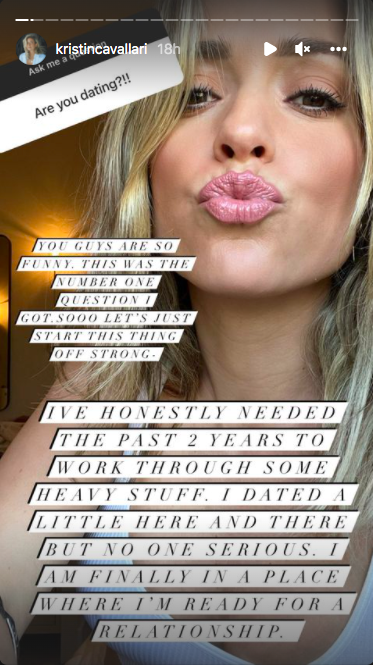 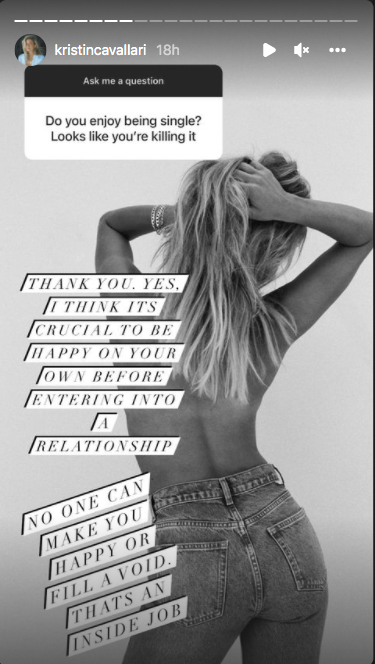 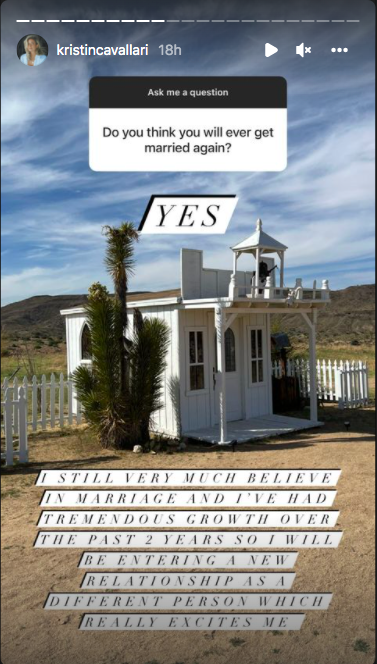 Back in November 2021, Cavallari spoke to ET about what she's looking for in a man.

"I need someone who's just really stable, which is really funny because I never thought I'd be in a place where I have to say that I need someone stable. But these are the times we are living in," she joked with ET at the time. "It's the truth, yes, like that's actually really hard to find someone who's not a crazy narcissist."

Cavallari and Cutler announced their split in April 2020. In October 2021, she revealed that the exes went on several dates after their split to make sure they were making the right call.

Kristin Cavallari Reveals What She's Looking For in a Partner

Kristin Cavallari Went on Dates With Jay Cutler After Their Split