Belgrade-Pristina dialogue terminated after prominent opposition figure killed outside his office in Mitrovica. 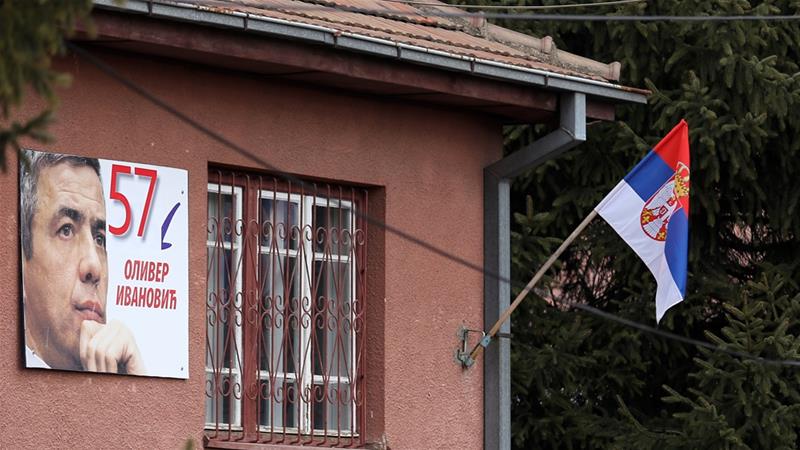 Top Serb politician Oliver Ivanovic died at a local hospital in Kosovo’s Mitrovica city on Tuesday morning after an unknown gunman shot him five times outside his office.

Ivanovic, who was the leader of the civic initiative, Freedom, Democracy and Justice (SDP), succumbed to the chest wounds, the chief prosecutor of the prosecutor’s office in Mitrovica told the local media.

The director of Serbia’s government office for Kosovo, Marko Djuric, told the Serbian Tanjug news agency that Ivanovic’s killing was “an act of terrorism”.

“This is an attack against the entire Serbian people, a criminal and terrorist act that must and will be punished,” Djuric, who was in Brussels attending a talk, told Tanjug.

Al Jazeera’s Stefan Goranovic, reporting from the Serbian capital Belgrade, said the incident was shocking news for the Serbian community in Kosovo, as well as the public in Serbia.

“It is shown by the fact that the president of Serbia, Alexandar Vucic, called the immediate national security council here in Belgrade in the building of the Serbian presidency,” he said, adding that the meeting should define what the official Serbian response should be in terms of the Belgrade-Pristina dialogue.

About 40,000-50,000 ethnic Serbs live in northern Kosovo, rejecting integration with the mainly Albanian state since it declared independence from Serbia in 2008.

Relations between Serbia and Kosovo have been tense since 2008, but in 2013 both parties agreed to participate in EU-sponsored negotiations on normalising relations, a condition for both to progress on their way towards membership in the bloc.

Ivanovic lived in the ethnically divided town of Mitrovica.

Known as a moderate among Kosovo Serb politicians, Ivanovic had been one of the chief interlocutors for NATO, United Nations and European Union officials based in Kosovo after the war.

In 2016, he was found guilty of war crimes linked to the killings of four ethnic Albanians during the war and was jailed for nine years. But after a retrial was ordered he was released last year and allowed to defend himself while free.