EXCLUSIVE: Top £20,000-a-year Knightsbridge School goes into lockdown as man in his 20s staggers into the building after being ‘stabbed in the leg by muggers for his watch’

A £20,000-a-year school in Knightsbridge was put on lockdown after a man in his 20s collapsed in the building doorway having reportedly been stabbed in the leg.

Police were called to reports of a stabbing at around 4pm in Lennox Gardens in southwest London on Monday.

The victim, who was allegedly approached by two men on a moped before having his watch stolen, is understood to have made his way into the nearby school for help. 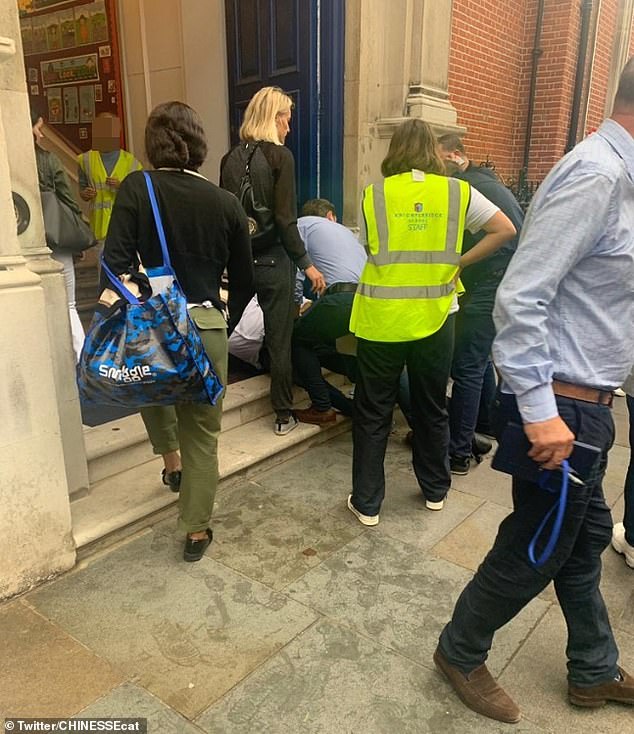 Bloodstained clothes used to stem the bleeding were later pictured on the school steps where the victim sought refuge.

The school, which educates the children of some of London’s most affluent, was temporarily locked down and its pupils held back while paramedics attended to the victim.

Magoo Giles, principal of Knightsbridge School, told MailOnline that the incident happened around the corner from the school and teachers found the man in the doorway bleeding profusely.

‘The victim sought refuge in our doorway. That’s when we became aware something had happened and he was then supported by my teachers and staff until the ambulance arrived.

‘The police are still outside but we haven’t been able to help very much, although we’re helping with what we can. He didn’t say anything about what happened but police have asked for our CCTV.’

Mr Giles urged parents to be cautious as the alleged attack isn’t the first incident of its kind to have taken place in recent years. 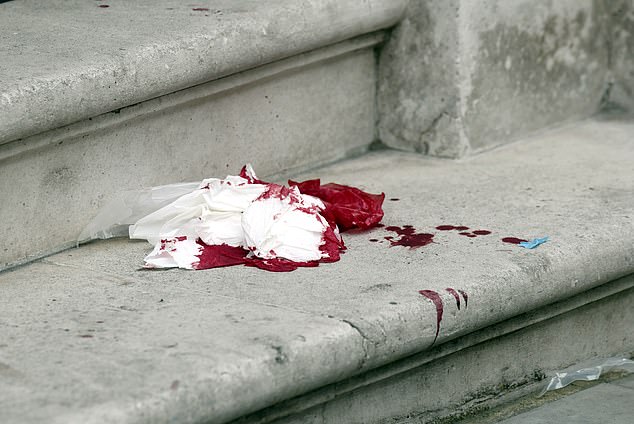 Bloodstained clothes used to stem the bleeding are pictured on the school steps where the victim sought refuge, having allegedly been knifed for his watch by two men on a moped 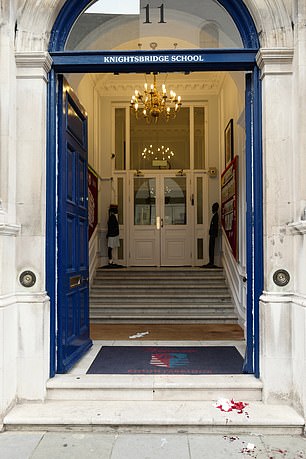 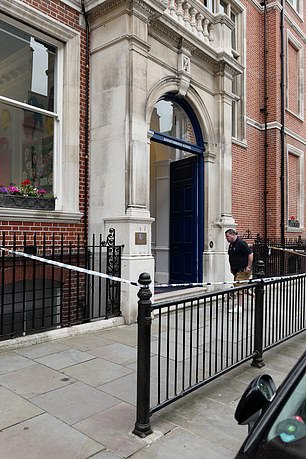 Knightsbridge School was placed on lockdown after teachers discovered the wounded man. The school, which costs £20,000-a-year and educates the children of bankers, diplomats and ambassadors, was cordoned off and its students kept back in class while the victim was helped

‘We have had a couple of similar incidents outside in the past 10 years when someone on a motorbike has gone for something they like the look of, like a ring.

‘I’m always worried about the safety of the pupils but when something like this happens we go into lockdown and make sure the children are safe and that’s what happened on this occasion.’

A spokesperson for the Metropolitan Police said: ‘Police were called at approximately 16:00hrs on Monday, 16 September to reports of a man stabbed in Lennox Gardens, SW1. 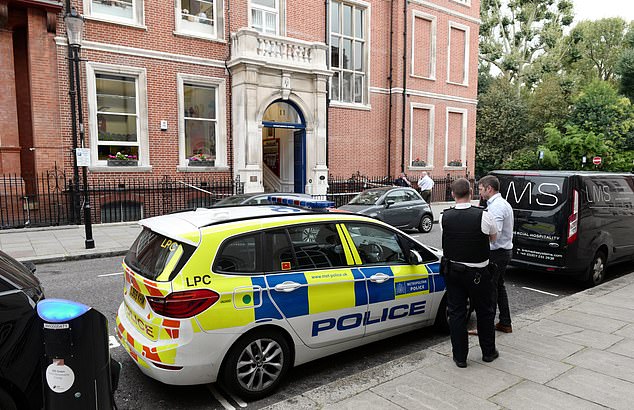 ‘The man – believed aged in his 20s – was taken to a central London hospital; at this early stage it is not thought his condition is life threatening.

‘The victim was approached by two males on a moped before being attacked. The moped then drove away from the scene. One line of enquiry is that this was an attempted robbery.’

There have been no arrests so far and police say inquiries continue.