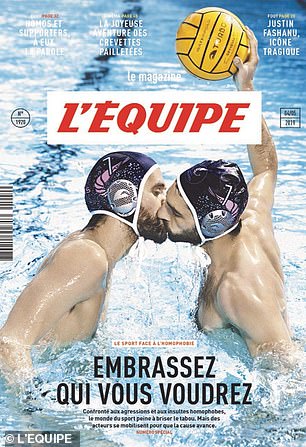 A newspaper kiosk has sparked outrage after the trader refused to sell a magazine that showed two sportsmen kissing.

Grégory Tilhac said he was refused a copy of the issue by the Paris street vendor due to it showing two male water polo players kissing in a swimming pool.

Mediakiosk, who runs all of Paris’s kiosks, has launched an enquiry into the homophobia claim against the Place de la République stand – as well as shut it down and suspend the manager.

Last Saturday, Mr Tilhac tried to buy the sports newspaper L’Equipe which had a glossy supplement featuring the athletes on the front.

It was headlined ‘kiss whoever you want’ and an article inside addressed homophobia in sport. 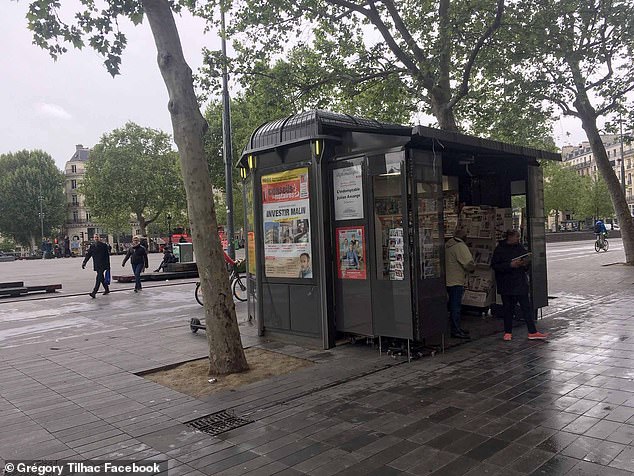 The seller told Mr Tilhac he did not have any copies but allegedly said he had taken them out when they were delivered to him, according to The Local.

In a Facebook posted after the incident, Mr Tilhac said he asked the man ‘are you homophobic?’ to which he claimed the man said ‘yes’.

Mr Tilhac continued in the post: ‘Unabashed homophobia in all its horror.’ 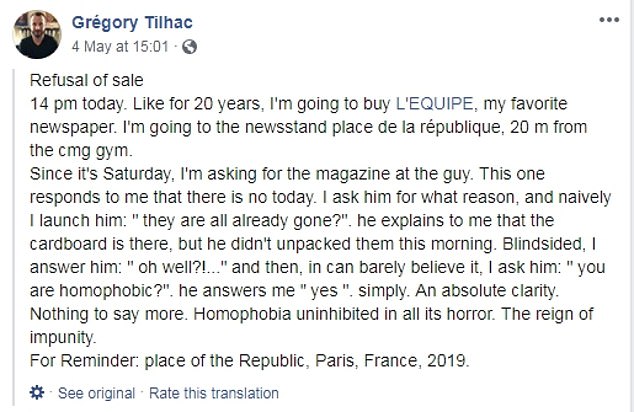 His account of events was circulated on social media and seen by Paris Mayor Anne Hidalgo.

She tweeted that the comments were ‘unacceptable’ and said she would address the ‘homophobic acts and words’.

Mediakiosk said the vendor denies the allegations and is due to be questioned today. 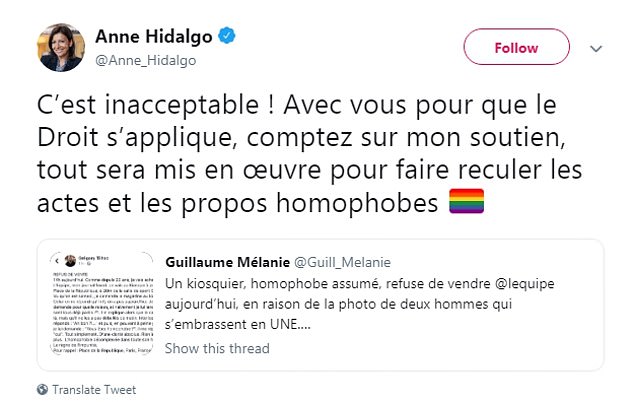 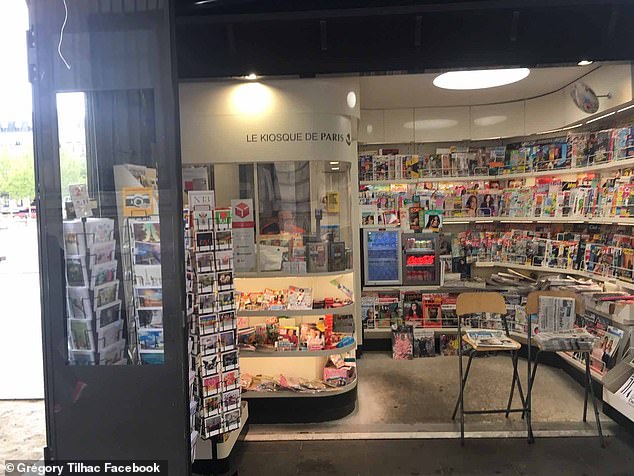 But Deputy Paris Mayor Olivia Polski said the man had been suspended.

It comes after a rise in homophobic attacks in Paris in recent months, despite gay marriage being legal since 2013.

The country has dropped 11 places in the Spartacus Gay Travel Index 2019 – with it now placed 17th.

Owners of the other kiosks in Place de la République were outraged by their coworkers actions.

A man who worked opposite said: ‘He has no right to try and censor things like that. I see men kissing on the footpath in front of my kiosk and that is their business.’

Benoit Dufrene, 46, a dog breeder from Burgundy, said: ‘It’s obvious that we need to fight to make sure that homophobic acts such as these stop happening.’