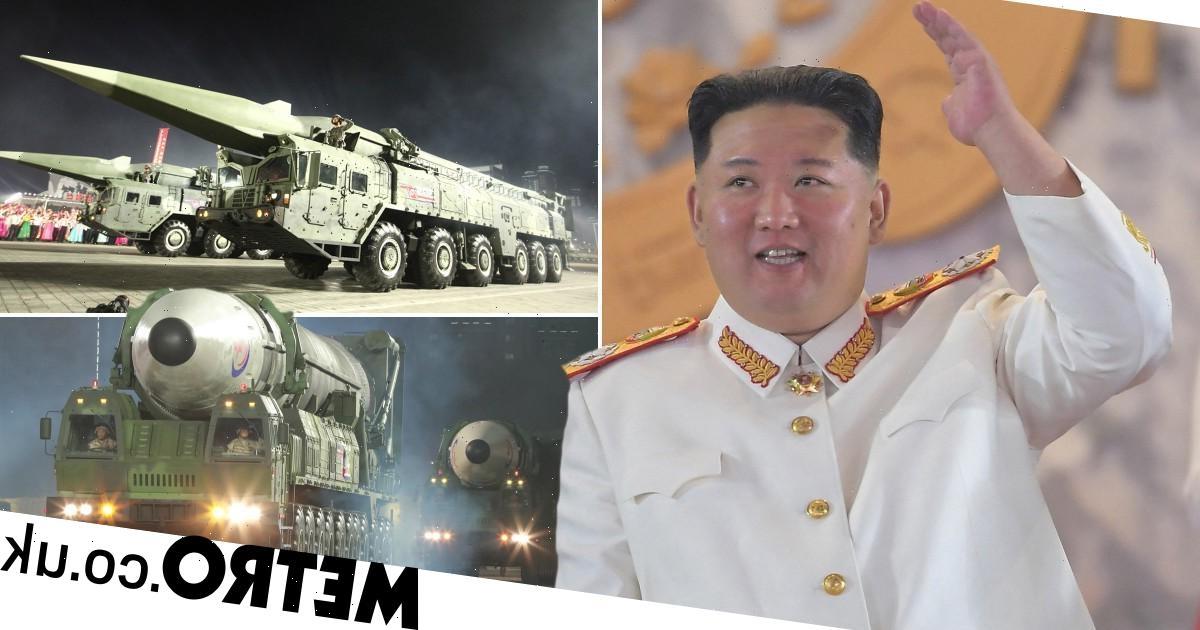 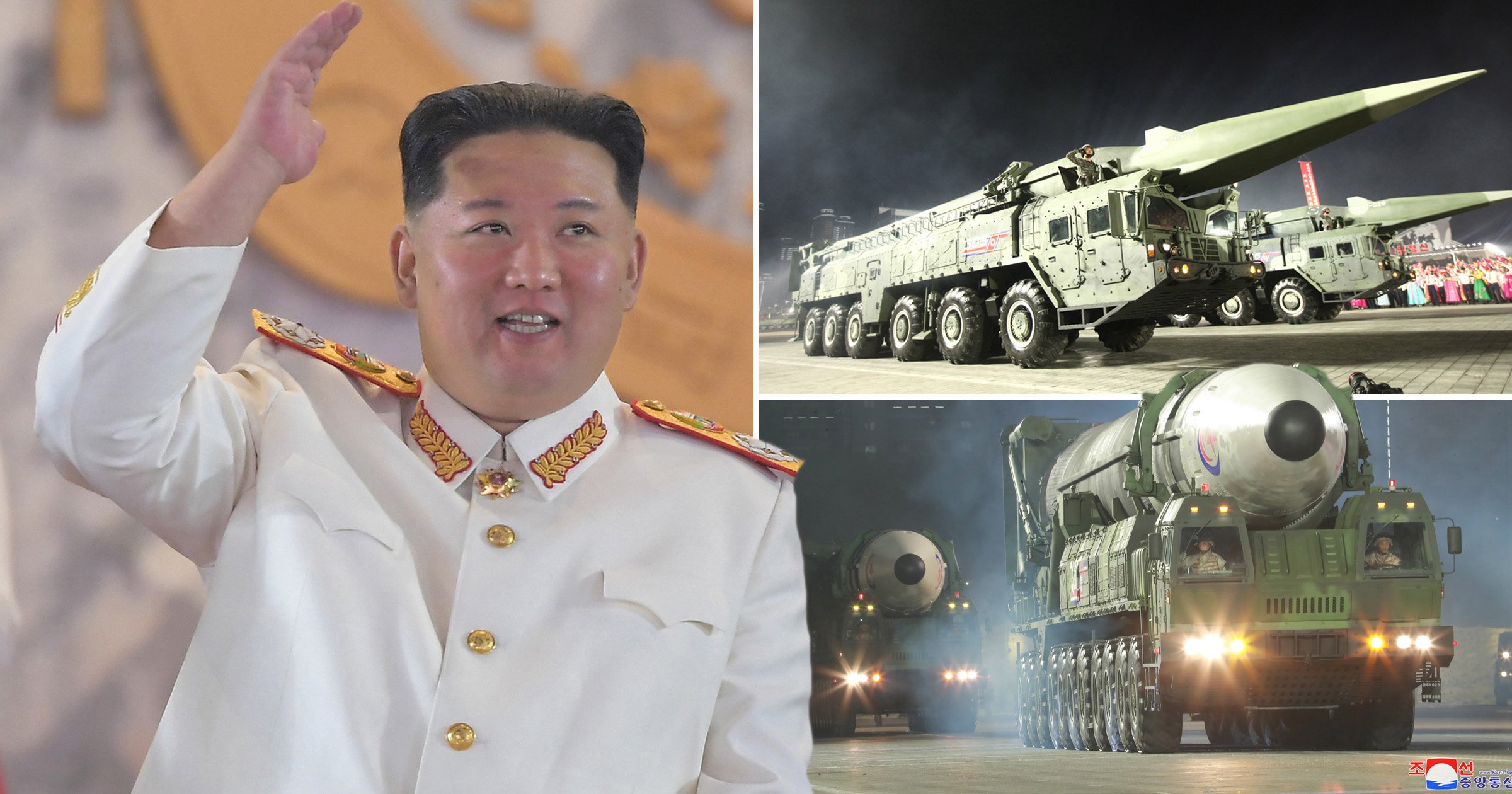 Kim Jong-un has threatened to strengthen his nuclear forces at ‘maximum speed’.

The North Korean leader made the comments during a late-night military parade on Monday.

Huge tanks, deadly missiles and an array of rocket launchers were displayed during the event, which was held to mark 90 years of the Korean People’s Revolutionary Army.

Huge crowds gathered to watch the procession in Pyongyang’s plaza.

Kim reportedly told attendees he would have ‘no choice’ but to launch weapons if provoked.

He said: ‘We will continue to implement measures aimed at strengthening and developing our country’s nuclear forces at the maximum speed.

‘If any forces, regardless of who they are, try to infringe upon our fundamental interests, our nuclear forces will have no choice but to absolutely carry out its unexpected second mission.’

The last 12 months have been increasingly worrying for the wider world as North Korea steps up its nuclear arsenal, despite sanctions from America.

Negotiations between Washington and Pyongyang have largely stalled since 2019, due to disagreements over the easing of the sanctions in exchange for disarmament.

It was the 13th round of weapons launches by Pyongyang this year.

During Monday’s parade, Kim showed off a deadly Hwasong-17 missile – which could potentially reach America.

The leader claimed to have successfully test-fired the weapon in March, but it later emerged he had in fact launched an older, slightly less deadly, model.

During the parade, soldiers shouted ‘long life to Kim Jong-un’ as they carried out marches past the dictator.

The North Korean leader beamed and waved as the procession passed.

State newspapers have this week ran articles calling for greater support of Kim.

On Monday, the Rodong Sinmun newspaper reported: ‘The respected Comrade Kim Jong Un is the symbol of the mightiness of our party, state and revolutionary armed forces and the representative of their great dignity.