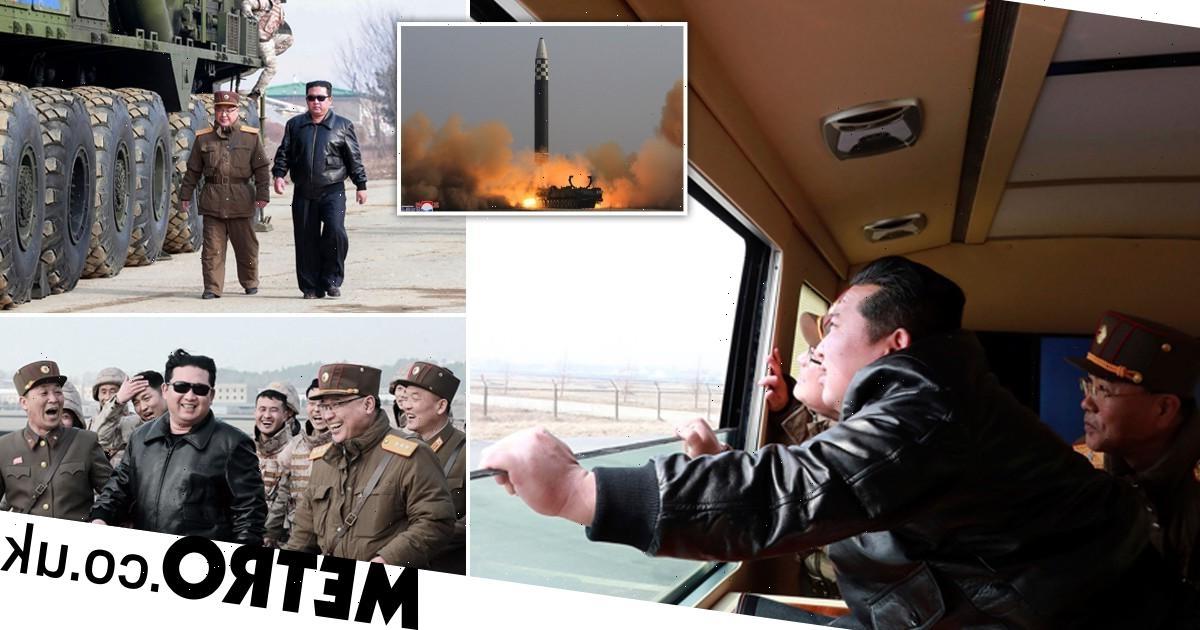 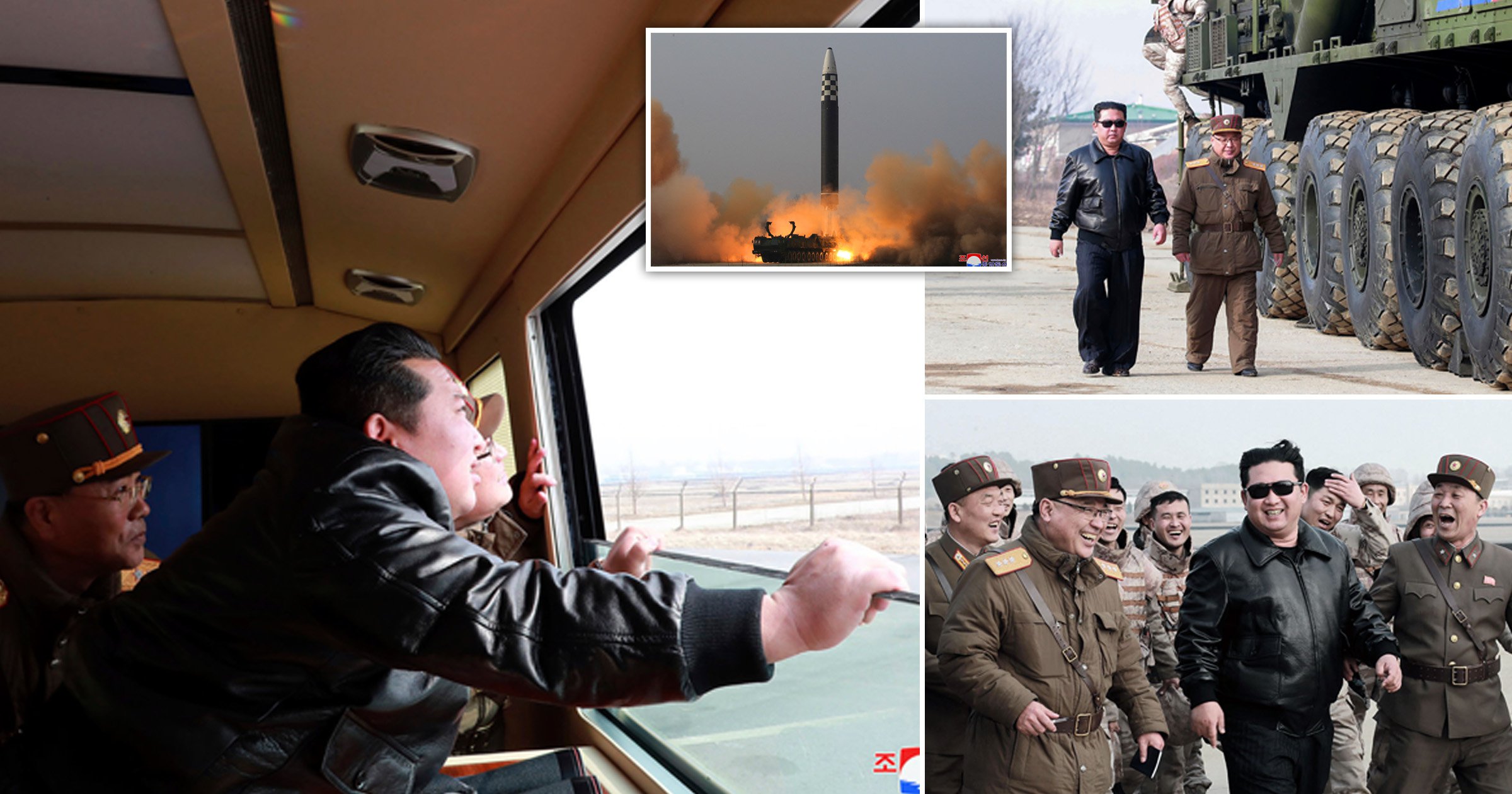 The latest chapter of Kim Jong-un’s unofficial action movie has reached a climax – with allegations the launch of a ‘monster missile’ was fake.

State media claimed on Friday to have successfully test-fired a Hwasong-17.

Kim branded the test-fire ‘a ‘miraculous’ and ‘priceless’ victory for the country.

But now, it has been revealed that the missile launch was probably faked.

It apparently wasn’t a Hwasong-17 fired at all – but a slightly less deadly Hwasong-15.

Security experts believe North Korea faked the launch in a bid to drum up further support for Kim’s regime.

North Korea’s most recent attempt to test-fire a Hwasong-17 literally went up in flames when the missile exploded above Pyongyang.

Debris rained down on the capital after the explosion on March 16, which took place minutes after take off. 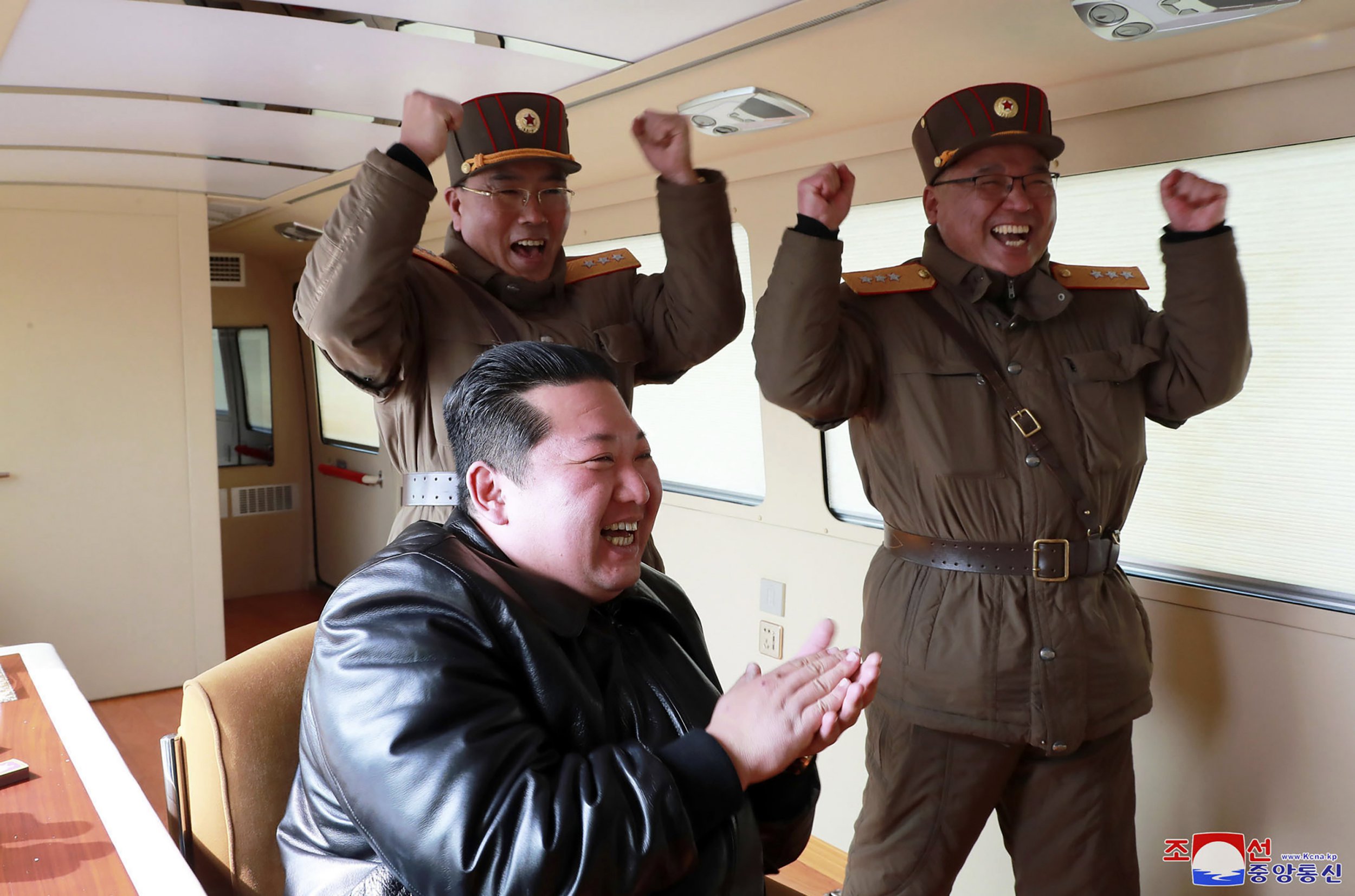 South Korea’s defence ministry said in a statement: ‘US and South Korean intelligence has determined that what was fired on March 24 was a Hwasong-15.’

North Korea had released a bizarre propaganda video – compared to a ‘scene from Top Gun’ – which claimed a Hwasong-17 had been launched.

The clip showed Kim emerging from a warehouse flanked by two soldiers.

The trio cat-walked in slow motion towards the giant missile before music intensified and the video sped up.

The missile flew into the sky as Kim and soldiers cheered and shouted ‘hooray’.

And Shreyas Reddy wrote: ‘Just for today, Kim Jong-un gets to be a Twitter-certified 80s action movie star.’

It followed claims that Kim had gone ‘full Top Gun’ in leather jacket and shades earlier this month.

Their most recent test fire was of a solid fuel rocket.

It was launched from a state-run testing facility in the presence of defence minister Suh Wook and other senior officials.

South Korea has no actual nuclear weapons and is under the protection of the US ‘nuclear umbrella’, which means it would be protected against a nuclear attack.