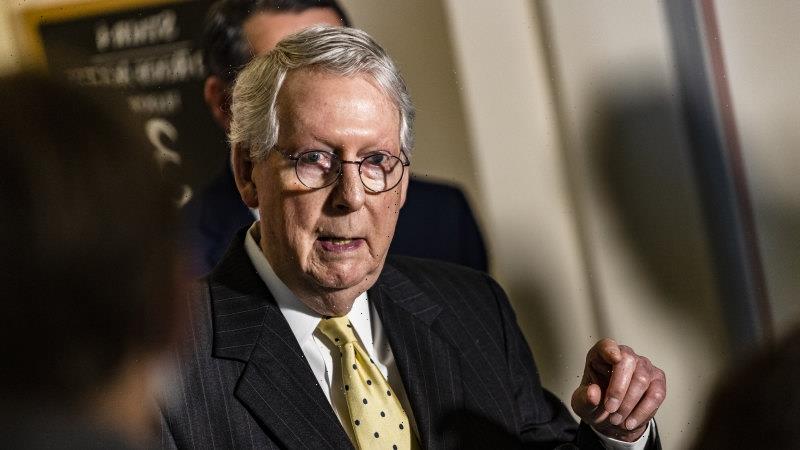 Washington: Hours before the US House of Representatives was expected to approve the creation of a commission to investigate the deadly January 6 Capitol attack by former president Donald Trump’s supporters, the Senate’s top Republican set up a major roadblock.

Minority Leader Mitch McConnell, in a speech on the Senate floor, announced his opposition to the planned commission. He rejected what he called “the House Democrats’ slanted and unbalanced proposal.”

The House bill would give Republicans equal power with Democrats in appointing commissioners and equal say over witnesses subpoenaed to testify. 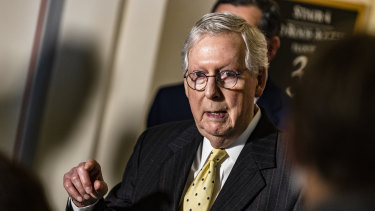 McConnell has complained that commission staff would be hired by Democrats, who control both chambers of Congress.

The heads of a similar panel that investigated the September 11, 2001, attacks on the United States by al Qaeda militants issued a statement urging the creation of an independent commission to look into the causes of the January 6 attack.

“As we did in the wake of September 11, it’s time to set aside partisan politics and come together as Americans in common pursuit of truth and justice,” Chairman Thomas Kean, a Republican former New Jersey governor, and Vice-Chairman Lee Hamilton, a Democratic former US congressman, said in a statement.

Trump was impeached over the January 6, 2021 riot at Capitol Hill which he is accused of inciting.Credit:Parler via ProPublica

In the evenly split Senate – controlled by Democrats only because Vice-President Kamala Harris can cast tie-breaking votes – Republicans can block the legislation. At least 60 votes are needed to advance most bills in the 100-member Senate.

McConnell, referring to existing congressional investigations and the previous arrests of hundreds of people in connection with the riot, slammed the door on further negotiations on establishing an independent commission.

“There will continue to be no shortage of robust investigations,” said McConnell, who in January said that the mob that attacked the Capitol was “fed lies” and “provoked” by Trump and others.

Senator Susan Collins, a Republican moderate, said while she favours modifications to the House bill, “I do think a commission is a good idea.” 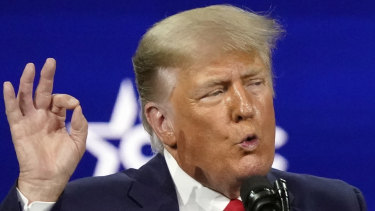 Former US president Donald Trump has a hold over Republicans in office.Credit:AP

On Tuesday, Republican Senator Lisa Murkowski said Trump would be a “very key individual” in such a commission’s work.

Senate Majority Leader Chuck Schumer said he will schedule a debate on the legislation.

Schumer accused Republican leaders of “caving to Donald Trump and proving that the Republican Party is still drunk off the Big Lie” that the 2020 US presidential election was stolen from Trump through massive voter fraud.

House Republican leaders also oppose the House bill. Republican lawmakers who vote in favour of the commission risk drawing the wrath of Trump ahead of the 2022 elections in which Democrats are seeking to retain control of Congress.

Democrats expect to pass the measure even if they do not draw much Republican support.

The 10-member commission would face a Dec. 31 deadline to produce a public report, including recommendations for preventing another Capitol attack.

Trump on Tuesday urged Republicans to vote against the proposal, calling it a “trap” inspired by “the radical left.”

Some Republicans have said the commission should do more than concentrate on January 6 by investigating other “political violence,” specifically referring to 2020 protests in many US cities against racism and police brutality and the wounding of a Republican congressman by a gunman in 2017.