Nantucket, Massachusetts: Actor Kevin Spacey has appeared in a Massachusetts court to face a criminal charge that he sexually assaulted an 18-year-old man after plying him with alcohol at a bar in Nantucket more than two years ago.

The disgraced Oscar-winner was arraigned on a charge of felony indecent assault and battery during a hearing at Nantucket District Court. He was ordered to stay away from his accuser. 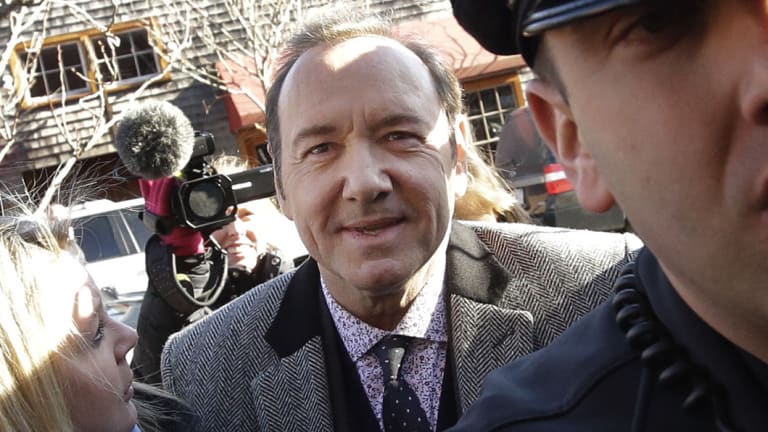 Actor Kevin Spacey arrives at the court in Nantucket on Monday.Credit:AP

Dressed in a grey suit and tie, Spacey did not speak during the brief pre-trial hearing; his legal team entered a not guilty plea on his behalf.

The judge set another hearing for March 4. Spacey does not have to appear, the judge ruled, but said he needs to be available by telephone.

The judge granted a request by Spacey's lawyers to preserve the victim's mobile phone data for the six months after the alleged assault.

Spacey's attorney Alan Jackson said there was data that was "likely exculpatory" for Spacey.

The hearing comes more than a year after a former Boston TV anchor accused the former House of Cards star of sexually assaulting her son, then 18, in the crowded bar at the Club Car, where the teen worked as a busboy.

Jackson has sought to poke holes in the case, noting that the teenager didn't immediately report the allegations. If convicted, Spacey faces as many as five years in prison.

The civil attorney for the accuser said in a statement ahead of the hearing that his client is "leading by example."

Mitchell Garabedian, a lawyer for the victim, said he hoped to encourage other victims of sex assault to come forward.

"By reporting the sexual assault, my client is a determined and encouraging voice for those victims not yet ready to report being sexually assaulted," said Garabedian, who has represented hundreds of clergy sexual abuse victims.

Garabedian is not a part of the criminal case against Spacey.

Nantucket, a beach resort island off the Massachusetts coast that is ordinarily quiet in January, was a hive of activity on Monday. Media trucks lined the street before dawn, and locals on the island, which teems with tourists in the summer but quiets down in the winter, drove by slowly to take photos of reporters standing in line in the cold. 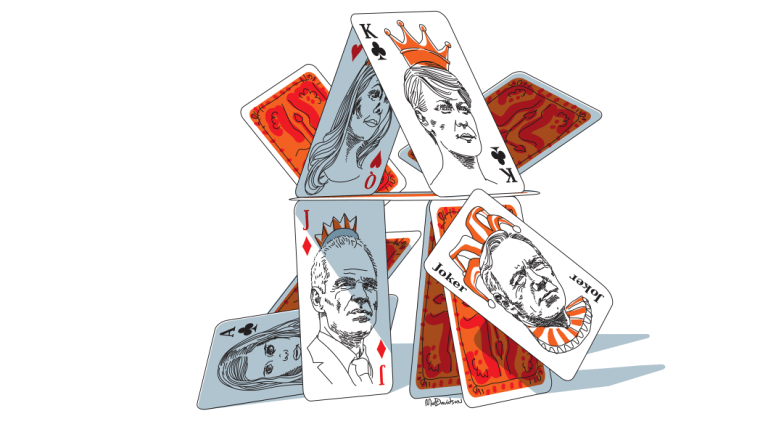 When the doors opened, more than two dozen journalists packed the courtroom hours before Spacey was scheduled to appear.

It's the first criminal case brought against Spacey, 59, since other allegations of sexual misconduct surfaced against him in 2017.

A judge denied Spacey's bid to avoid appearing in person on Monday. Spacey had argued his presence would "amplify the negative publicity already generated" by the case.

The Nantucket allegations were first raised in November 2017 by former Boston television journalist Heather Unruh, who told reporters Spacey groped her teenage son on July 7, 2016 at the Club Car restaurant and bar, where her son worked as a bus boy.

Unruh's son told police Spacey had bought him several rounds of beer and whiskey and said at one point, "Let's get drunk", according to charging documents.

As they stood next to a piano, Spacey groped Unruh's son, the bus boy told investigators. The teen told police that he sent his girlfriend a video of the incident.

After the charge was announced last month, Spacey released a video in the voice of Frank Underwood, his character on Netflix's House of Cards, in which he said, "I'm certainly not going to pay the price for the thing I didn't do." It was unclear whether he was referring to the charge.

Spacey has also faced other allegations.

His first accuser, actor Anthony Rapp, said Spacey climbed on top of him on a bed when Rapp was 14 and Spacey 26. Spacey said he did not remember such an encounter but apologised if the allegations were true.

The controversy led to Spacey, who won an Academy Award in 2000 for his role in American Beauty, being dropped from the Netflix television series House of Cards and erased from the film All the Money in the World.

The 59-year-old actor is one of dozens of men in entertainment, business and politics who have been accused of sexual misconduct since accusations against movie producer Harvey Weinstein in 2017 sparked the #MeToo movement.

Bad movies are one thing, but there’s a more potent disappointment reserved for ones that coulda been contenders. Director-writer Leigh...