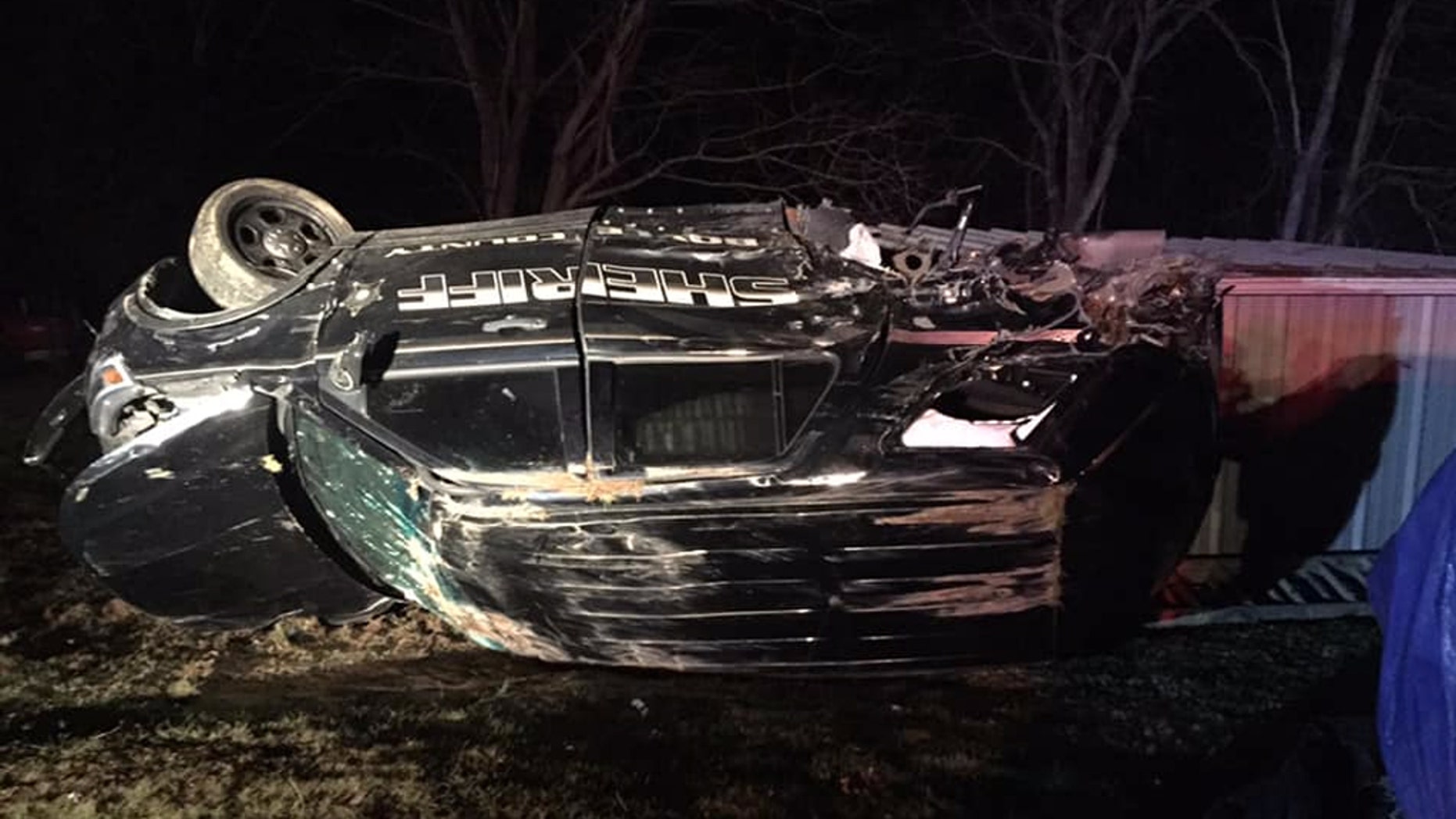 A deputy in Kentucky was injured in a crash on Sunday after someone threw a rock that came through his windshield and hit him face.
(Boyle County Sheriff’s Office)

Authorities in Kentucky have launched a statewide search after a deputy was injured when someone allegedly threw a rock that hit his windshield and struck him in the face early Sunday.

The Boyle County Sheriff's Office said in a Facebook post the incident happened just before 5 a.m. near Danville, located about 30 miles southwest of Lexington.

The deputy at the time was responding to reports that someone was throwing rocks at semi-trucks along Lexington Road.

"As the deputy was traveling east on Lexington Road, a rock was thrown from a west bound vehicle as they passed," the sheriff's office said. "The rock went through the deputies windshield and struck the deputy in the face."

The deputy's vehicle then left the roadway and struck several trees before rolling over multiple times.

Sheriff Derek Robbins told the Advocate-Messenger whoever threw the rock will likely face charges of felony assault on a law enforcement officer.

“The rock itself was big enough that if it had hit him in the right spot, it could have killed him," Robbins told the newspaper. "Not to mention the wreck after he flipped from getting hit. So he’s lucky from a lot of different perspectives.”

The deputy sustained injuries but is expected to make a "full recovery," according to the sheriff's office.

Officials said the suspect vehicle is described as a dark-colored passenger car.

Authorities are offering a cash reward for information leading to the identification of a suspect in the case, and are asking anyone with information to contact them at (859) 238-1220.