This is the extraordinary moment surf legend Kelly Slater manages to get back on his board mid-wave after wiping out in Hawaii.

The clip, filmed at the Billabong Pipeline Masters event in Oahu, captures the eleven times former world champion as he completes the near-impossible move.

Slater is riding through a barrel wave during the competition when he is knocked off his feet by the force of the water. 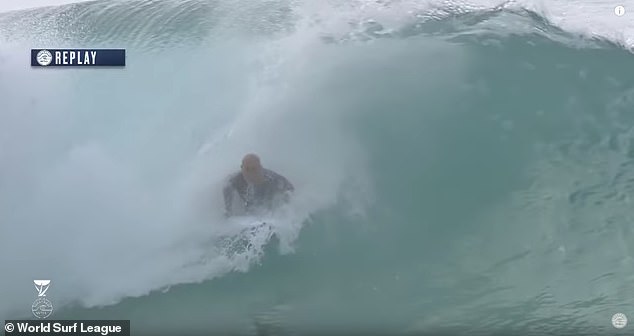 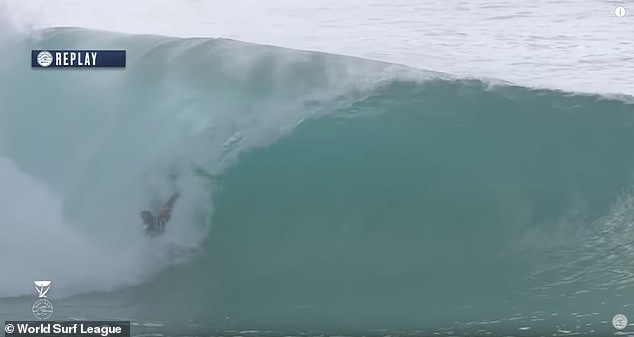 But as he rides the wave, he is knocked off his feet, crashing downwards towards the water

But instead of giving up on the ride, Slater miraculously manages to grab his board and pull it back underneath him mid-wave.

Against all odds, the 46-year-old exits the wave still standing in a near-impossible move now known as the ‘Houdini Tube Ride’.

He then finishes the ride with his arms out by his side – as if he can’t quite believe he pulled the trick off himself. 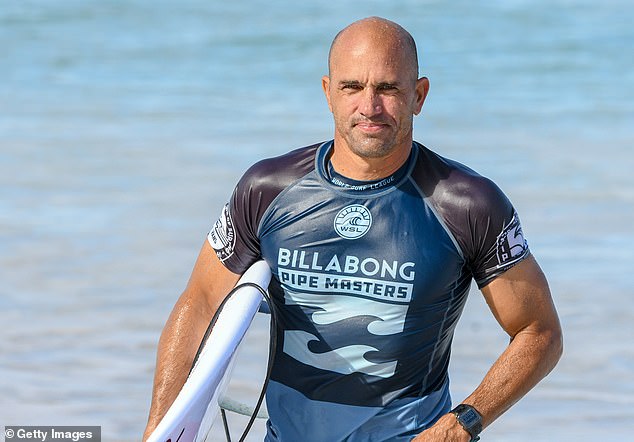 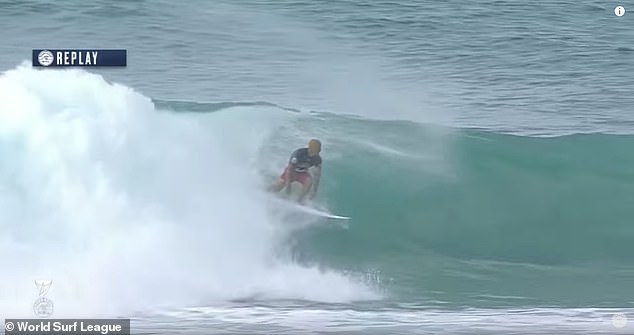 Miraculously, the surf champion manages to grab his board and pull it back underneath him mid-wave 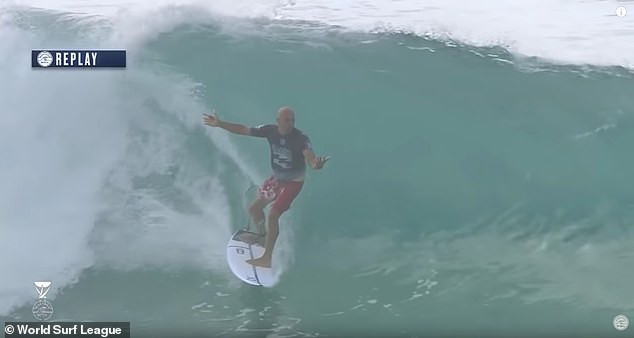 Slater, who was surfing against Filipe Toledo in round three of the competition, was awarded a score of 3.07 points for the ride.

‘Well, that was interesting. I thought I just fell straight onto my belly and bodyboarded out,’ he told Surfer Today.