Melbourne restaurant operators who have struggled to find local workers are heading overseas to hire staff with some flying as far as to Dubai to recruit chefs.

With Australia’s unemployment rate hitting a 48-year low of 3.4 per cent, the hospitality sector is struggling to combat an estimated shortage of 95,000 staff. 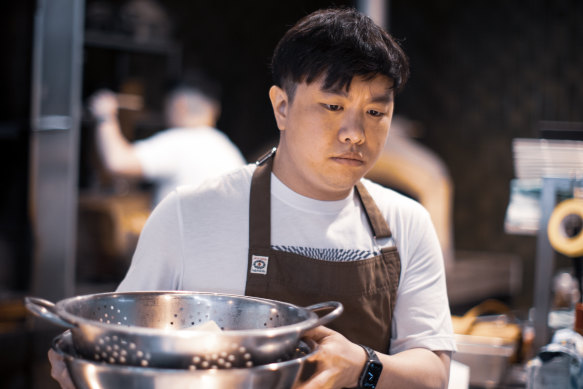 Simon Blacher, co-owner of Commune Group, which operates Tokyo Tina, Firebird, Moonhouse and Hanoi Hannah, hired more than 30 chefs at a Dubai jobs fair at a cost of about $8000 each to cover visas and processing fees. He is hoping they will arrive in time for the busy Christmas period.

“We’ve sponsored them to come over towards the end of the year … so we’re not handicapped by labour shortages when the business is there and the demand is there,” he said.

Blacher said while there were worker shortages across industries, hospitality had been particularly hard hit.

“We’re such a laborious industry and we can’t automate a lot of things, so coming out of COVID without the influx of overseas travellers and overseas skilled workers there’s definitely been a labour hole in the industry,” he said. 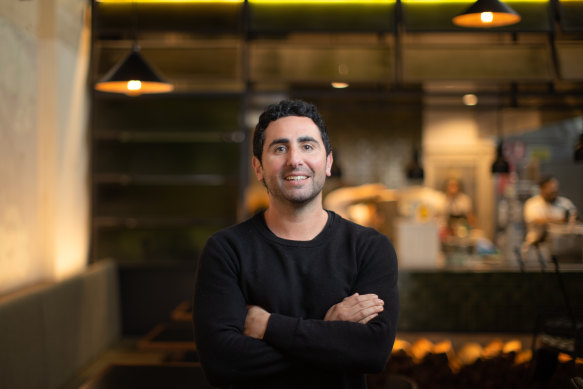 Commune, which employs about 300 people, has cut back some of its restaurants from seven days a week to five because it does not have enough staff.

“We’ve been basically forced to limit some of our hours of operation across some of our venues, simply because we can’t staff it,” Blacher said. “It’s a good problem to have, but it’s definitely a problem and in the face of all the other economic challenges it can be a little bit frustrating to have to turn away business.”

Blacher said hiring chefs from overseas was a “long-term play” for Commune and was something the owners felt would give stability to the business with restaurateurs having to be innovative to deal with staffing shortages.

“If you do the sums it’s not a cheap exercise when you bring over 30 staff but we see it as an investment in the future for our business and really making sure that we can keep the doors open,” he said.

Commune has already hired some chefs from overseas, including Andrew Sung and Liam Lee, who are from South Korea and have been sponsored to work here for two years.

Chris Lucas’ Lucas Group, which operates restaurants including Chin Chin and Society, also hired 30 staff from a Dubai jobs fair along with recruiting from Asia and New Zealand.

Lucas said he was about 250 staff short across his restaurants and had gone overseas to hire for “really highly specialised roles” such as sushi masters.

“We are obviously looking to complement our skills with specific internationals,” he said. “Our real focus is this year in Australia we know that the proper long-term solution is local talent.” 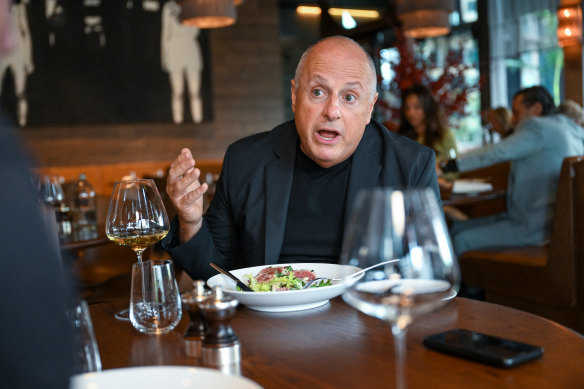 Lucas said his restaurants were focused on improving training for staff and trying to provide a workplace with more work-life balance.

“We’re not just doing one thing we’re looking at everything we can do to attract and keep the best,” he said.

Earlier this year Hunter St Hospitality, the company behind Rockpool, Spice Temple, Munich Brauhaus and The Bavarian, took on 125 recruits from the Middle East, Europe and the United States through a three-week trip at a cost of $10,000 to $20,000 per employee which included visas, application costs, flights and accommodation. 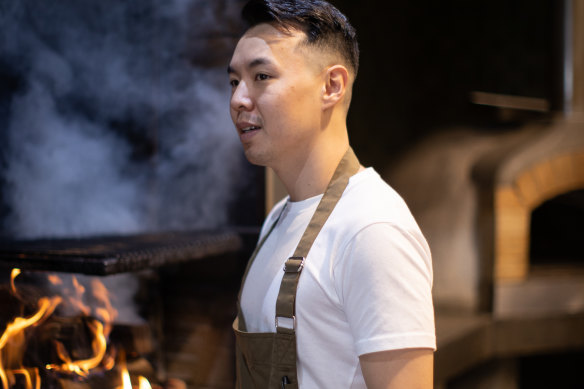 Liam Lee is another overseas chef now plying his trade in a Melbourne kitchen.Credit:Simon Schluter

The Australian Foodservice Advocacy Body said the hospitality sector was struggling with a 95,000 person workforce shortage.

“The problem is not being solved by the slow trickle of working holidaymakers, international students and skilled migrants, and certainly with a nearly 70 per cent dropout rate in food trades in TAFE there’s no silver bullet to solving the problem,” director Wes Lambert said. “Many businesses are travelling around the world to recruit their own staff to try to speed up the process.”

Lambert said the government’s push to bring more skilled workers into Australia was proceeding at “a snail’s pace” and a proposal to increase the skilled immigration cap from 160,000 to 200,000 was a positive move but would not solve problems around red tape, including slow visa processing times.

“The food service industry is calling upon the government not only to lift the cap, but also to remove roadblocks like the strict English tests and the prohibitively high fees to sponsor professionals,” he said.

A spokesperson for the department of home affairs said over 1.1 million visa applications were finalised between June 1 and August 5, including for 16,700 temporary skilled visa applicants.

“The department of home affairs is working to reduce the number of on-hand visa applications resulting from COVID-19 related travel restrictions and has seen strong growth in new applications,” the spokesperson said.