AT LEAST seven people have been killed after a plane carrying 100 people crashed shortly after takeoff in Kazakhstan.

The Bek Air flight – a Kazakhstan-based carrier – lost altitude shortly after takeoff and crashed into a two-story building at 7.22am local time (1.22am GMT), local aviation officials, said according to the BBC. 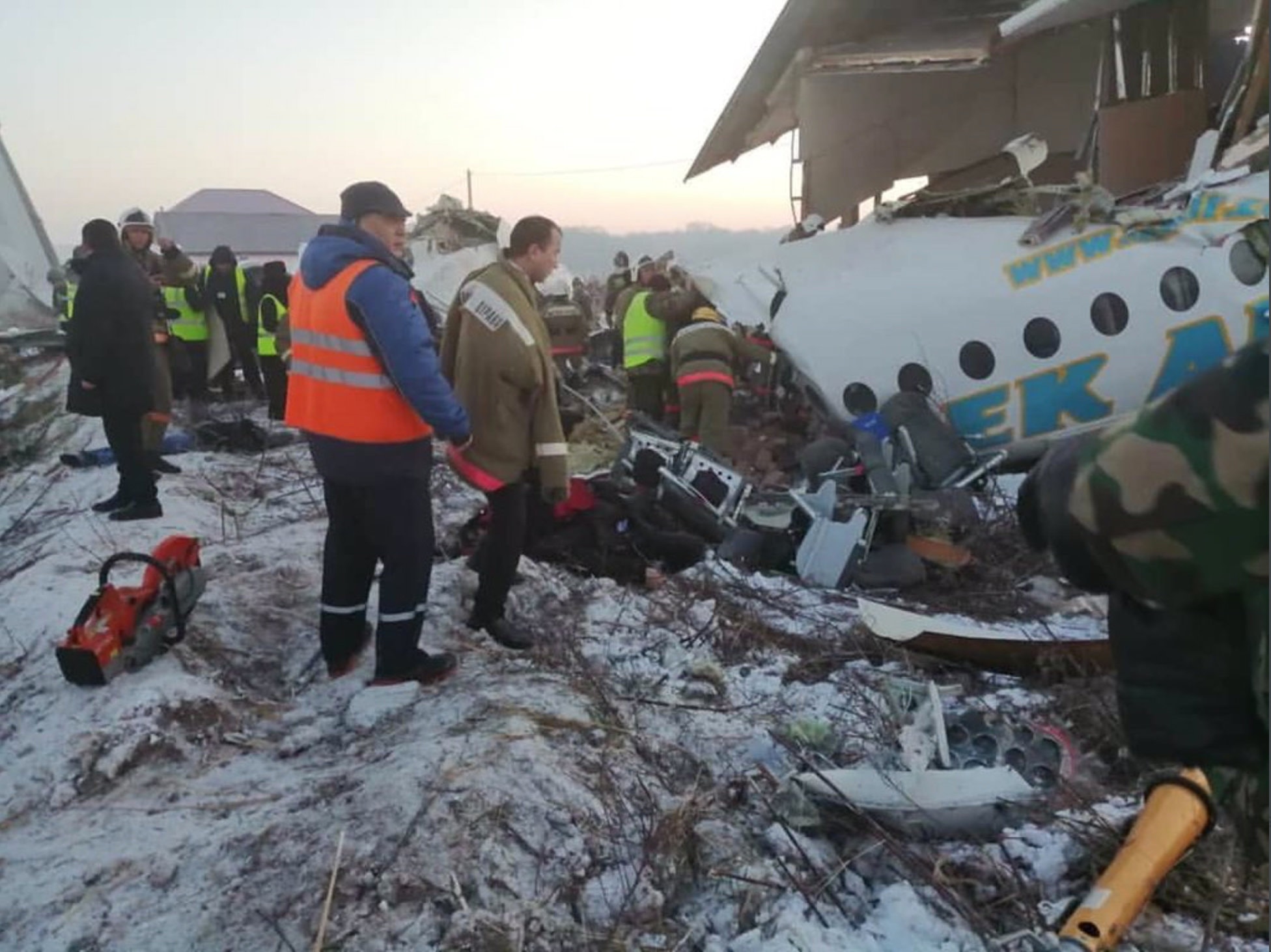 Footage taken shortly after the crash shows emergency crews working at the scene.

A woman is heard crying and another can be heard shouting for help as crews search through rubble near the crashed plane.

The plane was flying to Nur-Sultan, the country’s capital formerly known as Astana.

The aircraft was identified as a Fokker-100, a medium-sized, twin-turbofan jet airliner. The company manufacturing the aircraft went bankrupt in 1996 and the production of the Fokker-100 stopped the following year.