During the sentencing hearing, U.S. District Judge Emmet Sullivan told the retired lieutenant general that he “arguably” had sold out his country. Flynn pleaded guilty in December 2017 to lying to FBI agents about his conversations with Sergei Kislyak, Russia ambassador in Washington at the time.

Special Counsel Robert Mueller, leading the investigation, had asked the judge not to sentence Flynn to prison because Flynn already had provided “substantial” cooperation to prosecutors over the course of many interviews.

But Sullivan told Flynn his behavior was abhorrent, noting that Flynn had also lied to White House officials, who in turn lied to the public.

“Arguably, you sold your country out,” Sullivan said. “I’m not hiding my disgust, my disdain for this criminal offense.”

The judge also noted that Flynn was operating as an undeclared lobbyist for Turkey even as he worked on Trump’s election team and prepared to be his national security adviser.

At one point, the judge asked prosecutors if Flynn could have been charged with treason, although he later said he had not been suggesting such a charge.

Sullivan appeared ready to sentence Flynn to prison but then gave him the option of a delay in his sentencing so that he could fully cooperate with any pending investigations. Flynn accepted that offer.

Prosecutors said Flynn had already provided most of the cooperation that he could, but it was possible he might be able to help investigators further.

Sullivan did not set a new date for sentencing but asked Mueller’s team and Flynn’s attorney to give him a status report by March 13.

In a separate development on Tuesday, Bijan Rafiekian, Flynn’s former business partner, pleaded not guilty in federal court in Alexandria, Virginia, after being charged by U.S. prosecutors with unregistered lobbying for Turkey.

Prosecutors say the lobbying effort was aimed at having the United States extradite a Muslim cleric who lives in the United States and is accused by Turkey’s government of backing a 2016 coup attempt. Rafiekian’s trial date is Feb. 11. 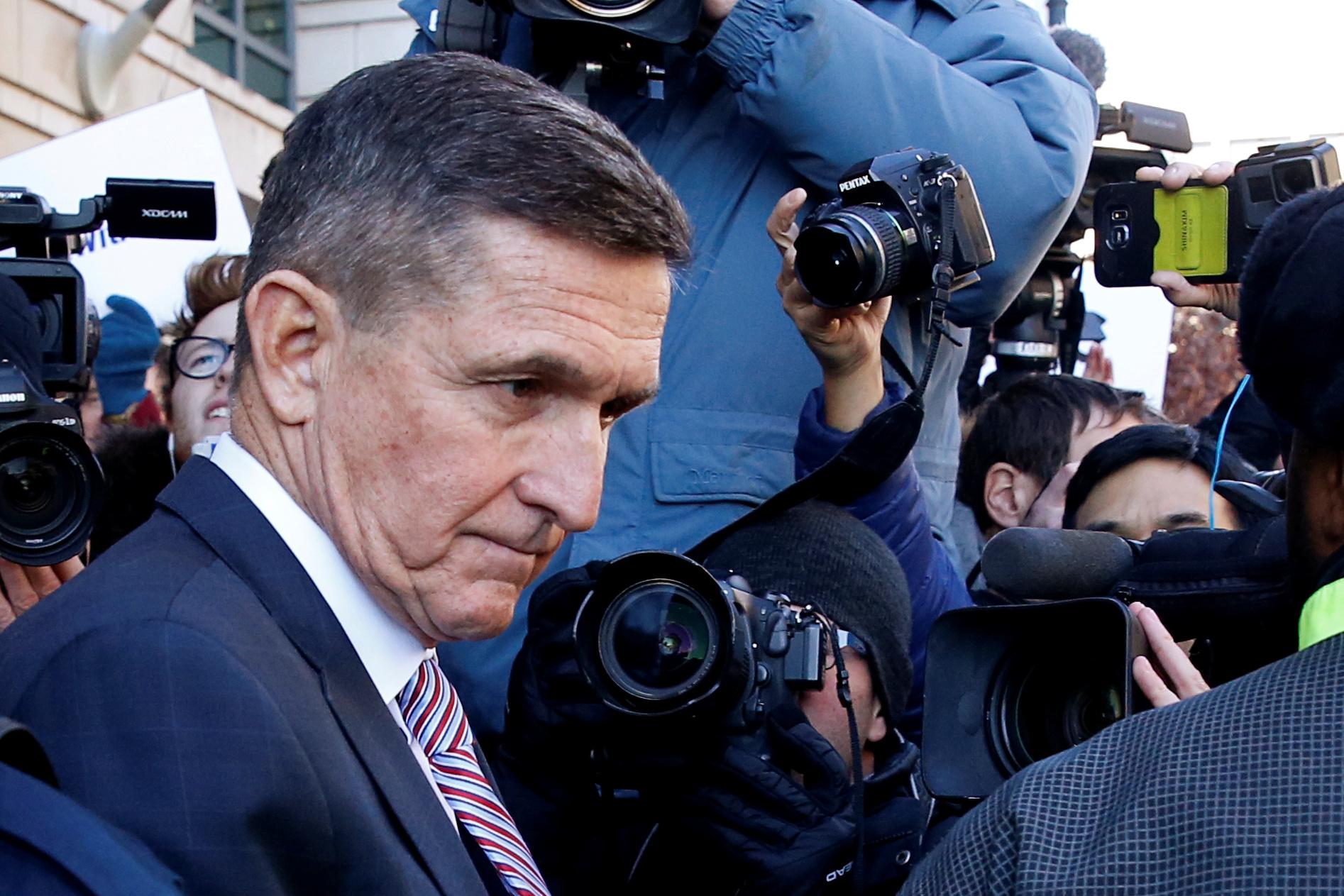 Flynn is expected to testify in that case.

Flynn served as a high-profile adviser to Trump’s election campaign team, and at the Republican Party’s national convention in 2016 he led Trump’s supporters in cries of “Lock her up!” directed against Democratic candidate Hillary Clinton. He became national security adviser when Trump took office in January 2017 but lasted only 24 days before being ousted.

He told FBI investigators on Jan. 24, 2017, that he had not discussed with Kislyak U.S. sanctions imposed on Russia by the administration of Trump’s Democratic predecessor Barack Obama, when in fact he had, according to his plea agreement.

Trump has said he fired Flynn because he also lied to Vice President Mike Pence about the contacts with Kislyak. But Trump has said Flynn did not break the law and has voiced support for him, raising speculation the Republican president might pardon him if he was sentenced.

“Good luck today in court to General Michael Flynn. Will be interesting to see what he has to say, despite tremendous pressure being put on him, about Russian Collusion in our great and, obviously, highly successful political campaign. There was no Collusion!” Trump wrote on Twitter on Tuesday morning.

Mueller’s investigation into Russia’s role in the 2016 election and whether Trump has unlawfully sought to obstruct the probe has cast a shadow over his presidency. Several former Trump aides have pleaded guilty in Mueller’s probe, but Flynn was the first former official of Trump’s White House to plead guilty. Mueller also has charged a series of Russian individuals and entities. 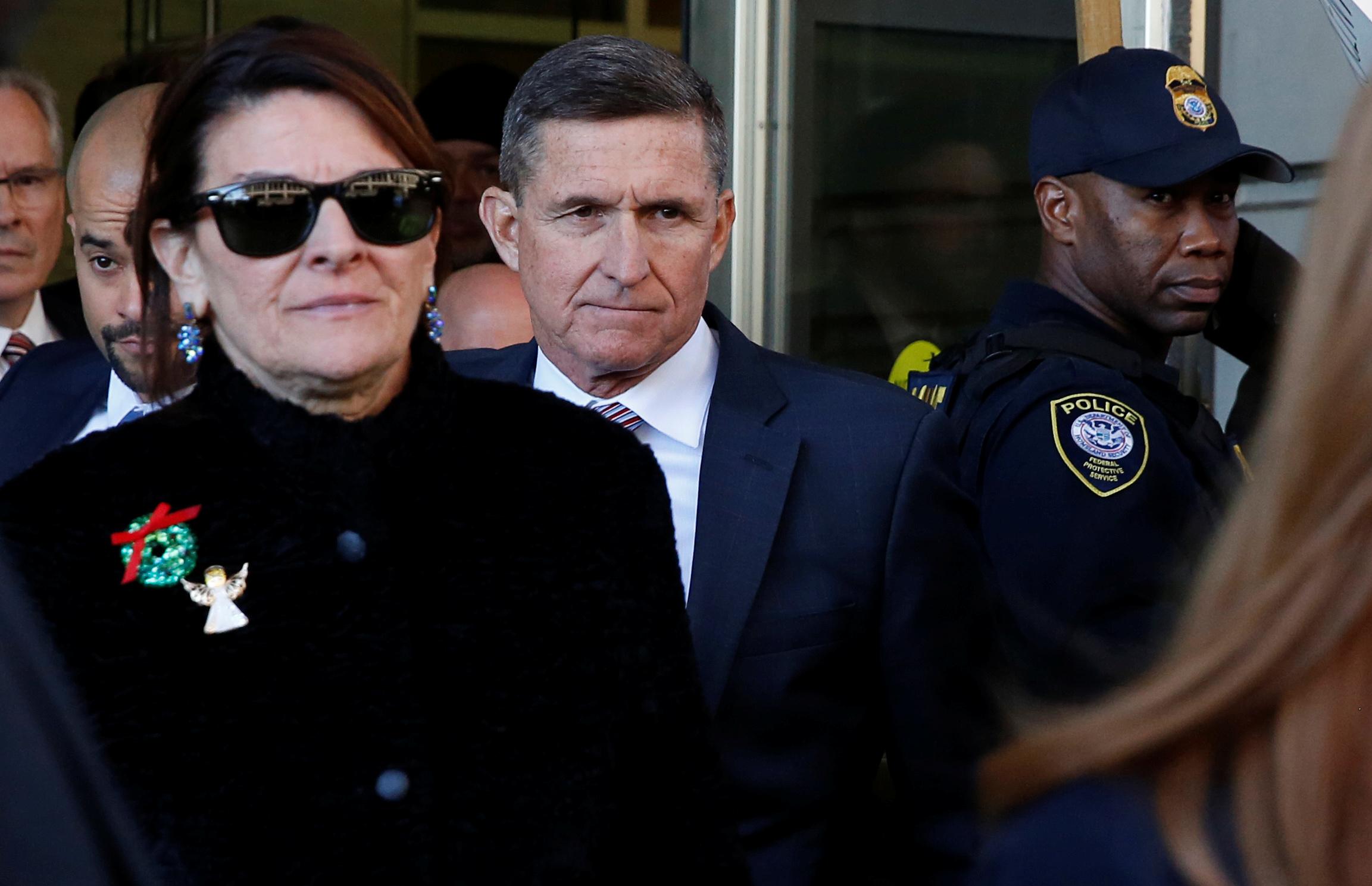 Trump has called the investigation a “witch hunt” and has denied collusion with Moscow. Russia has denied meddling in the election, contrary to the conclusion of U.S. intelligence agencies that have said Moscow used hacking and propaganda to try to sow discord in the United States and boost Trump’s chances against Clinton.

Several protesters were at the courthouse on Tuesday as Flynn arrived, along with a large inflatable rat.

Lying to the FBI carries a statutory maximum sentence of five years in prison. Flynn’s plea agreement stated that he was eligible for a sentence of between zero and six months.