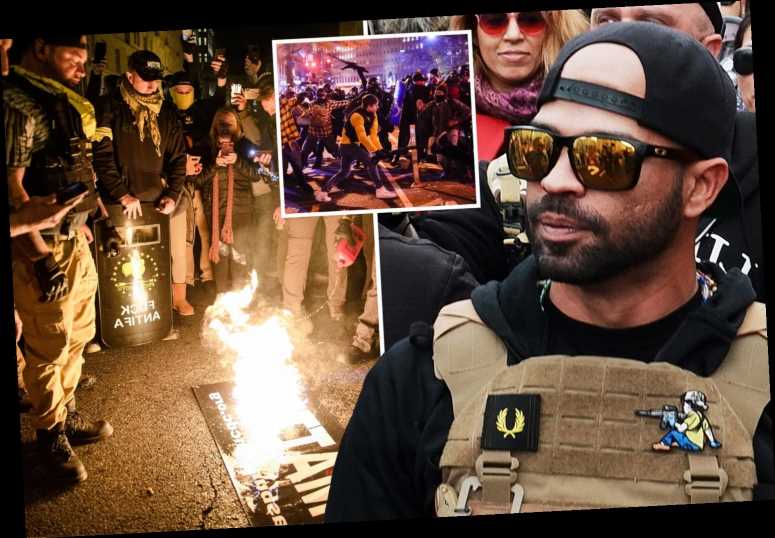 PROUD Boys leader Henry "Enrique" Tarrio has been barred from the nation's capital after he admitted to setting fire to a Black Lives Matter banner in front of a historic Black church while carrying high-capacity firearm magazines in Washington D.C. a month earlier.

The judge's ban on Tarrio, 36, comes less than 24 hours before Congress is set to vote and certify the results of the election, and comes a day ahead of a massive protest planned by the Proud Boys and other supporters of President Trump. 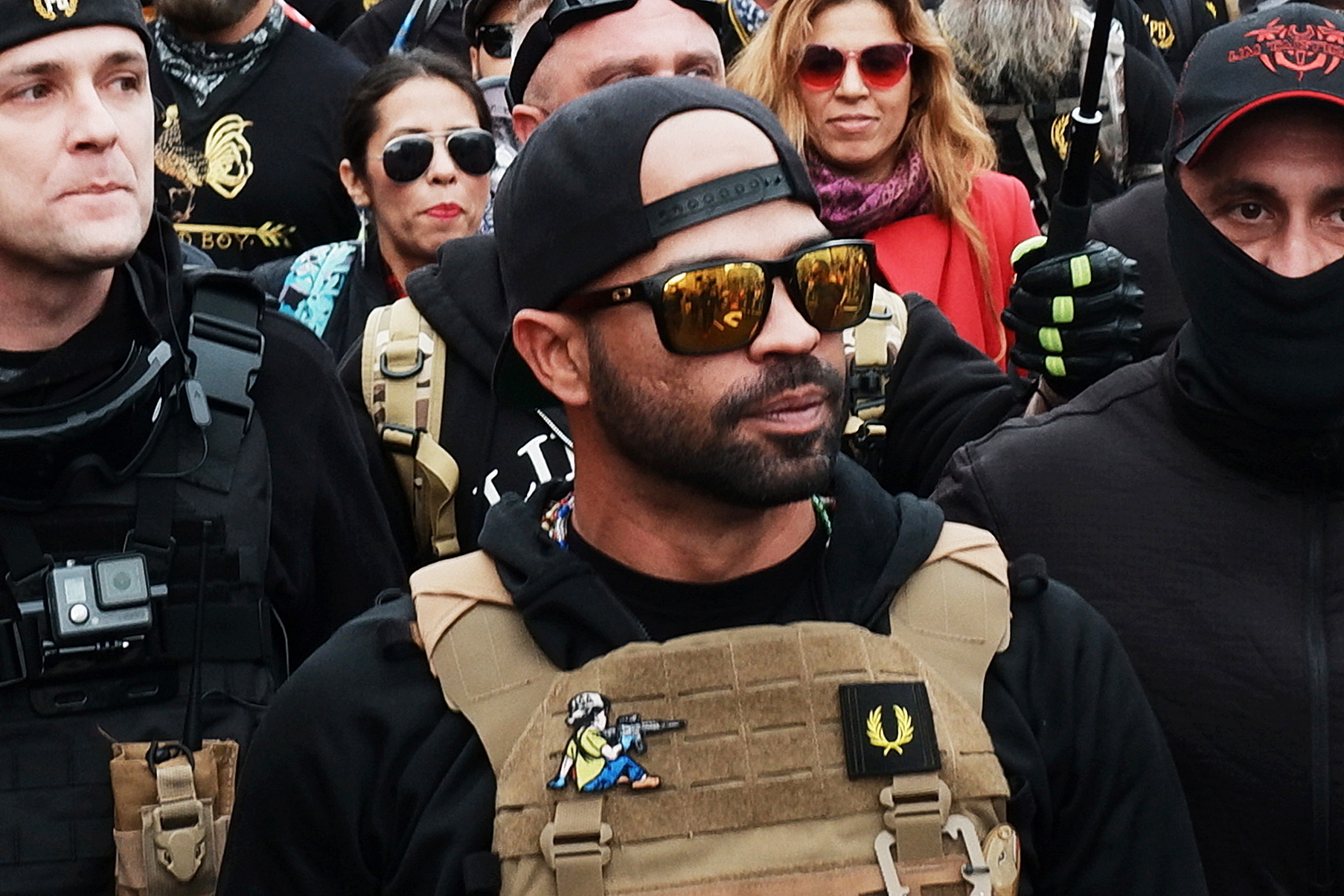 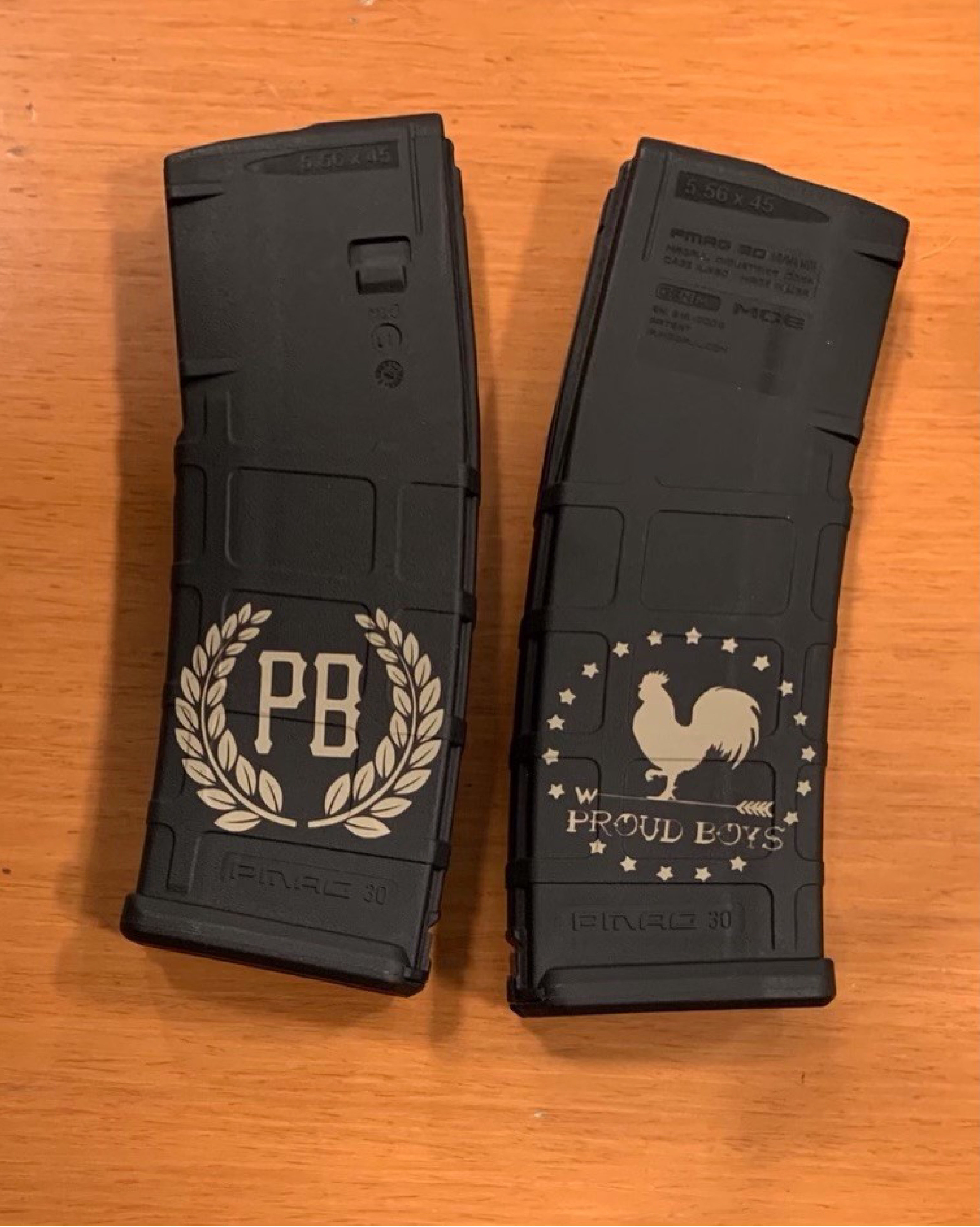 Metropolitan Police arrested Tarrio on Monday on suspicions that he burned a Black Lives Matter banner torn down from the historically Black Asbury United Methodist Church in downtown Washington in December.

Tarrio was also in possession of two high-capacity firearm magazines at the time of his arrest, which came a day ahead of the mass planned protests by far-right supporters of the president.

Police charged him with destruction of property and weapons charges.

Following the judge's ban on Tarrio, the leader may only enter DC if he is to meet with his attorney or if he has to appear in court. 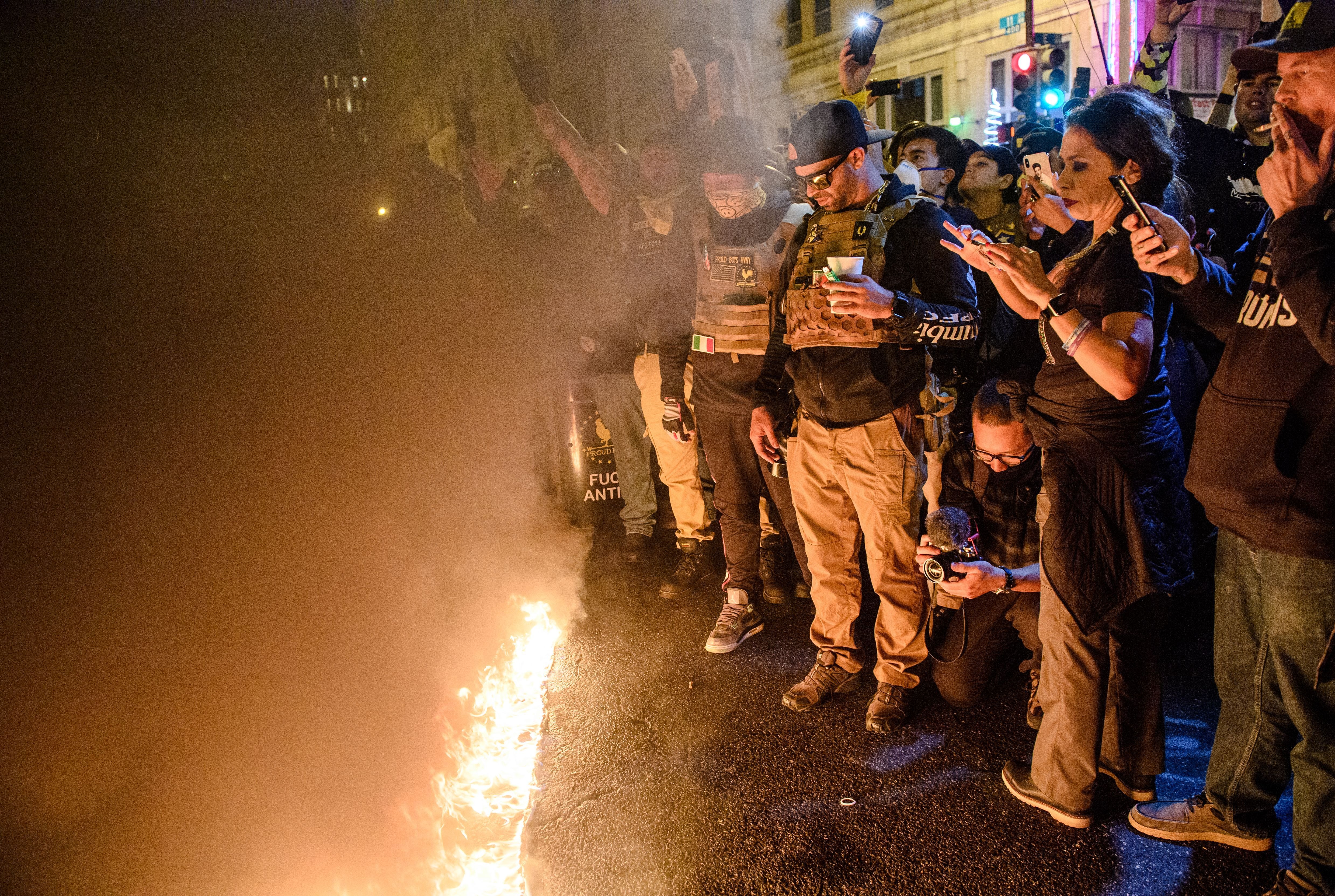 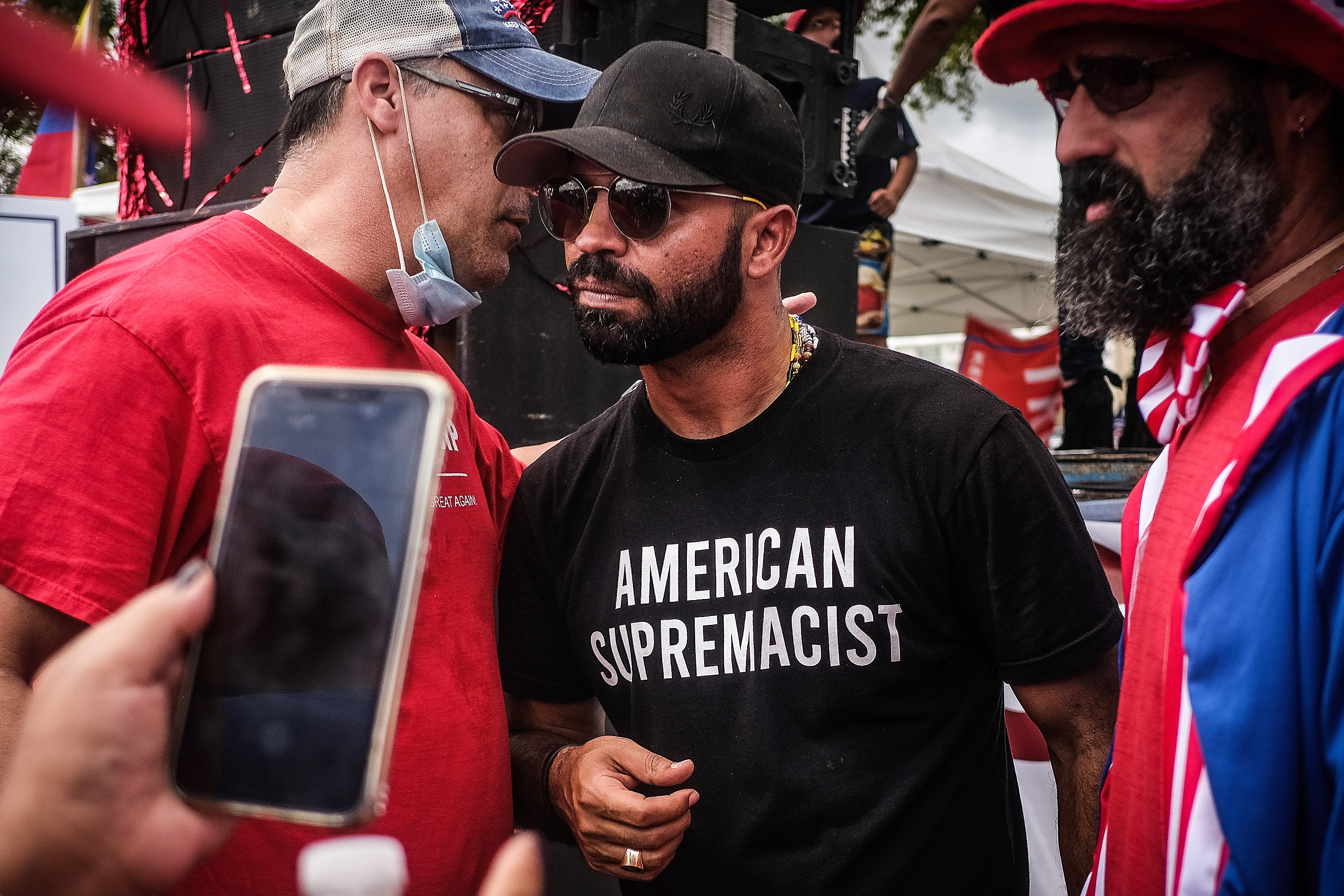 According to the criminal complaint, Tarrio had a warrant out for his arrest for vandalizing the BLM sign. But when police pulled him over, they found two unloaded magazines with the Proud Boys logo in his bag, each with a capacity of 30 rounds intended for AR-15 or M4-style weapons.

Videos uploaded to Youtube show Tarrio tearing down a large BLM sign from the Asbury United Methodist Church on December 13 and setting it aflame.

According to the police report, Tarrio then admitted to police he had confessed to setting fire to the sign.

"There was no hate crime committed," he wrote on the right-wing site Parler. "It isn’t about the color of the someone’s skin. Against the wishes of my attorney I am here today to admit that I am the person responsible for the burning of this sign."

The far-right leader tried to explain to police he was simply carrying the magazines as part of a sale he had made.

"I had a customer that bought those two mags, and they got returned 'cause it was a wrong address," Tarrio told police according to their report.

Tarrio said he was selling the clips and the ones in his possession had been purchased.

"And I contacted him, and he’s like, 'I'm going to be in DC,' so I'm like, 'Okay, I'll take 'em to you.' So that I can show you proof," Tarrio told police. "I can give you, like my invoices and stuff like that from it, and, like, the USPS shipping label."

Police arrested Tarrio in a tunnel near Congress, less than 24 hours before a massive far-right protest is planned near Capitol Hill. Tarrio's group has also vowed to show up for Biden's inauguration.

On Wednesday of this week, Congress will come together to participate in the mostly ceremonial certification of the Electoral College votes declaring Joe Biden the winner of the 2020 election.

"The ProudBoys will turn out in record numbers on Jan 6th but this time with a twist," Tarrio wrote online, saying the twist was they would be conspicuously spread throughout the crowd.