AMMAN (Reuters) – Jordan is to withdraw proposed amendments to a cybercrimes bill submitted to parliament that rights activists say would stifle freedom of expression, the government spokesman said on Sunday. 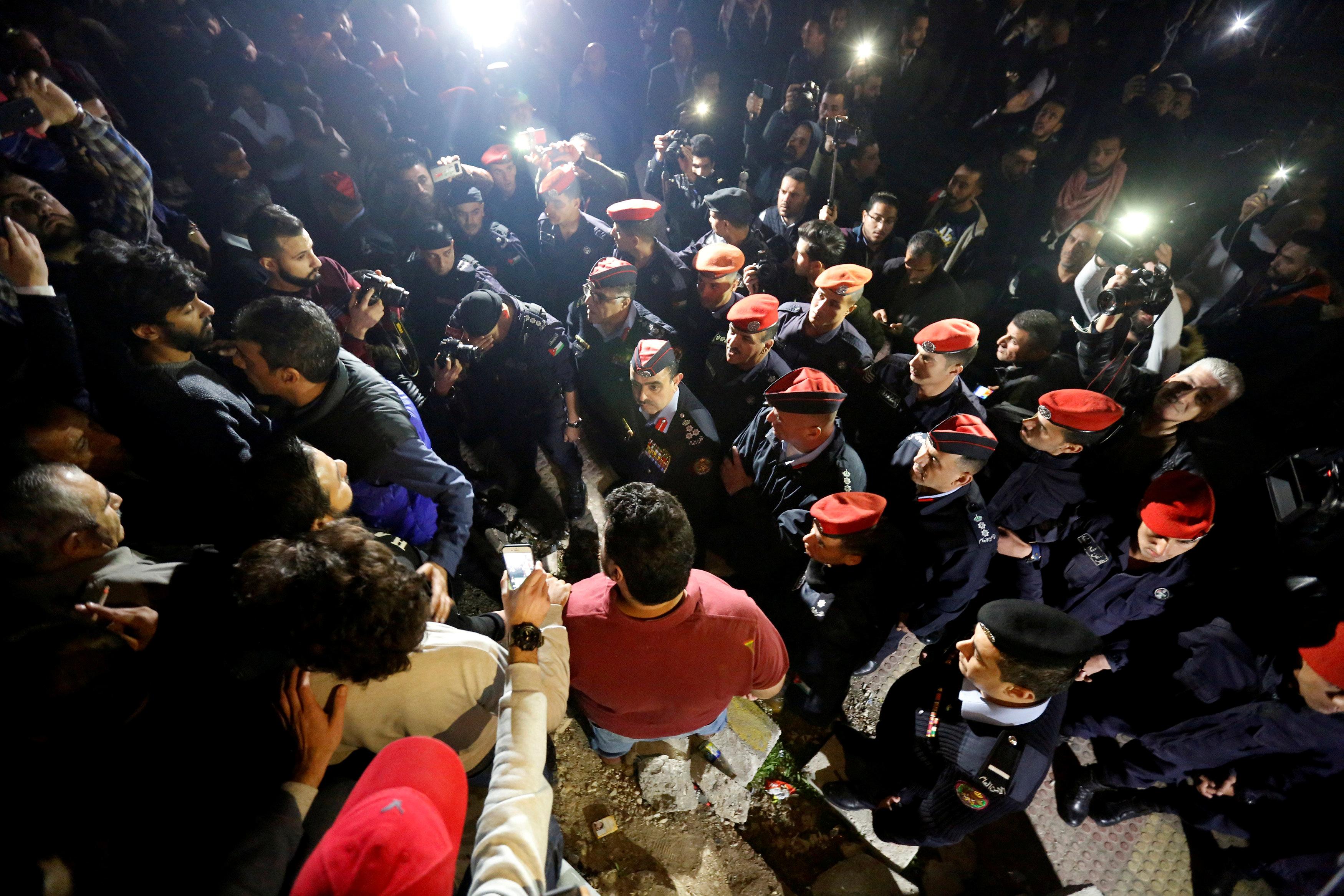 The bill has angered broad swathes of public opinion, including demonstrators who took to the streets in the last 10 days to protest against IMF-backed austerity measures, who say the proposed law will silence dissent in social media.

The legislation sent to parliament last September will be resubmitted only after the government has engaged with civil society representatives and experts, spokesman Jumana Ghunaimat told the state news agency Petra.

“The government will study again the draft law before redrafting it in light of existing laws,” Ghunaimat said.

Two officials said Prime Minister Omar Razzaz’s move to pull the cybercrimes law was intended to defuse a crisis that could cause a repeat of the big protests last summer over tax rises that brought down his predecessor.

Activists are calling for a major protest on Thursday against austerity measures and the IMF-backed tax law passed last month by the mainly pro-government parliament.

Amnesty International last month said the proposed amendments to the cybercrimes law passed in 2015 would “deal a devastating blow to freedom of expression in Jordan”.

Rights activists say the amendments include criminalizing hate speech using too broad a definition of the offense and introducing tougher penalties such as longer prison terms for online crimes.

“Jordan’s authorities have an appalling track record when it comes to silencing critics both on and offline,” Morayef added.

With print and broadcast media loyal to the state and no major organized opposition political parties, social media has become a channel for dissent.

Officials have said there was a need for tougher laws with the internet being used to slander politicians and incite social discord.