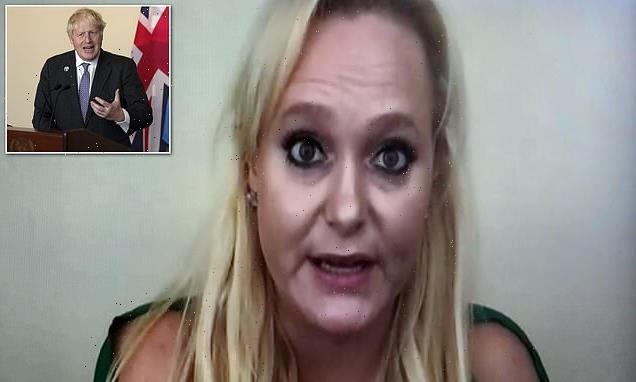 A glamorous American tech entrepreneur who claims to have had an affair with Boris Johnson today said their relationship was far from secret – because he was unable to hide his ‘crush’ on her.

Ex-model Jennifer Arcuri was grilled over her close friendship with the then London Mayor by members of the Greater London Assembly today.

She has said they had a four-year relationship while he was in office between 2012 and 2016. At the time she received thousands of pounds of taxpayers’ money in grants for her firms.

The GLA is investigating her presence at trade missions carried out to boost business for the capital, which she attended events for.

Appearing online from her home in the United States, Ms Arcuri was asked whether people in Mr Johnson’s office were aware of their relationship.

She replied: ‘People knew that there was an interest of the mayor in me, that he had somewhat of a crush on me.

‘When I went to events, everyone could see the dramatic difference of this man when I entered the room.’

She also told the committee that she used to give the technophobic senior politician security advice about computer encryption as well as saying ‘don’t log on to free wifi’ when abroad. 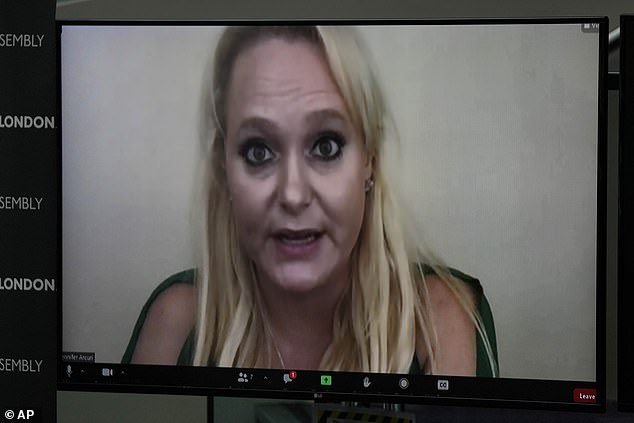 Jennifer Arcuri was grilled over her close friendship with the then London Mayor by members of the Greater London Assembly today. 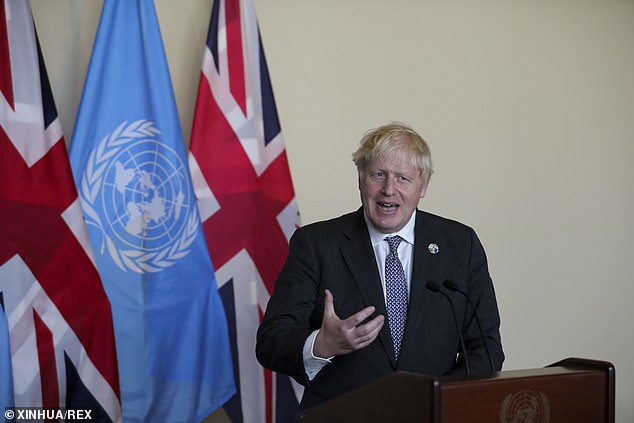 Appearing online from her home in the United States, Ms Arcuri was asked whether people in Mr Johnson’s office were aware of their relationship. 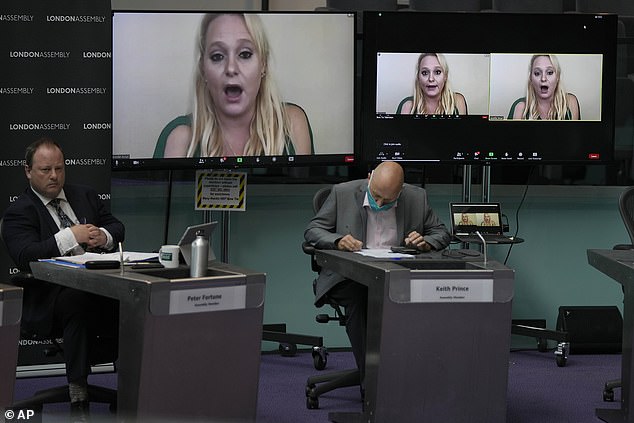 The London Assembly’s oversight committee had already been investigating whether the 57-year-old breached the mayoral code of conduct by failing to declare the relationship, or abused his position to benefit his mistress.

What are the key issues officials are investigating?

The Greater London Authority probe will examine whether Mr Johnson breached the Nolan Principles of Public Life over his affair with Miss Arcuri. These require officials to behave with ‘honesty and integrity’.

The key lines of inquiry are:

The Prime Minister is now facing a City Hall investigation into sensational new claims about their ‘four-year affair’ when he was mayor of London – and married to Marina Wheeler, mother of four of his children.

Lurid details emerged in March when Miss Arcuri, 36, revealed how on one occasion in 2016 they had sex on a sofa at Mr Johnson’s marital home while his now ex-wife, a QC, was at work.

She even took a selfie in the kitchen of his £3.35million Grade-II townhouse while he was out buying food at the corner shop and told how he said a raunchy photo she sent him was ‘enough to make a bishop kick a hole in a stained-glass window’.

The London Assembly’s oversight committee had already been investigating whether the 57-year-old breached the mayoral code of conduct by failing to declare the relationship, or abused his position to benefit his mistress.

In 2019, it emerged that she had been given £126,000 of public money and privileged access to three official overseas trade missions led by him, leading to claims he had abused his position to benefit her.

Today Ms Arcuri insisted she had not been an official part of the trade mission, but had been given permission to attend events by Will Walden, Mr Johnson’s head of communications at the time.

She said that her relationship with Mr Johnson played no part in her work, saying she was also an ‘annoying, perseverant hustler’.

‘Whether or not they assumed whatever they wanted, it didn’t change the fact that really Jennifer Arcuri was the most annoying, perseverant hustler,’ she added, referring to herself in the third person.

‘Even when they said no, I didn’t listen. I assumed yes. ”Just find another way to say yes to me”, those are my words.

‘So my relationship with the mayor, or non relationship, had really no bearing in my complete pursuit of London … people knew that I was quite aggressive in my approach.

‘They would roll their eyes, ”there’s Jennifer again. Good luck saying no to her.”’

As well as giving the now PM tech advice she also said she warned him to be on his game when he came to New York seeking investment, or the tech industry would ‘eat you alive.’

Her revelation of security comments to the PM come it was revealed earlier this year that his personal mobile number had been available online for 15 years.

Popular gossip newsletter Popbitch gave its readers clues on how to find the Prime Minister’s number in March, pointing them to a press release from his time as MP for Henley in 2006.

Cabinet Secretary Simon Case is said to have raised the issue with the PM last year, telling him he was being asked for help by MPs, lobbyists and others in the business world so often because his number was too widely known.