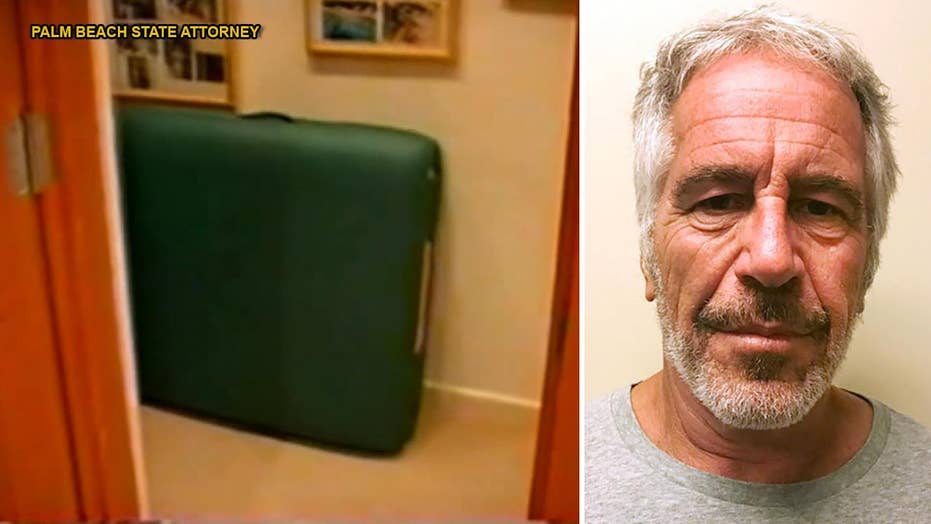 According to court documents obtained by Fox News, massage tables that can be seen in footage from a 2005 police raid of Jeffrey Epstein’s Palm Beach mansion were allegedly used to engage in sexual activity with girls. The massage tables, as well as multiple nude photos and paintings of young women, were spread throughout the home of the convicted sex offender.

The video shows at least two massage tables, one on each floor of the home, as well as what appear to be two more tables in the pool house. The video also showed the house was partially decorated with illicit photos and imagery of young women, Fox News reported Thursday. 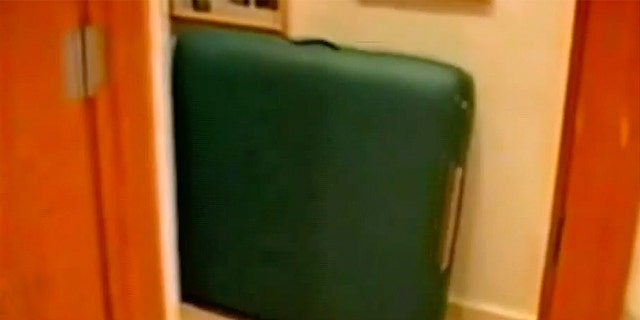 Video of a 2005 police raid of Jeffrey Epstein’s Florida mansion reveals massage tables were inside, which, according to court documents obtained by Fox News, the convicted sex offender allegedly used to engage in sexual activity with girls.
(Palm Beach County State Attorney’s Office)

A green massage table was found on the second floor, leaning against a wall under framed photos of Epstein, who was accused of molesting dozens of girls at the mansion.

According to the affidavit and application for a search warrant, in March 2005 a 14-year-old girl told a detective that a woman who worked for Epstein brought her to his Palm Beach home in February and told her to come upstairs.

“The victim recalled there being a mural of a naked woman in the room, as well as several photographs of naked women on a shelf,” the affidavit said.

“According to the victim, the woman led her to a room that had a massage table in it,” court documents said, adding the woman took lotions out, then left.

The affidavit said, “Epstein then instructed her to give him a massage” while he was naked and allegedly touched himself.

Epstein paid the victim $300 cash, according to court documents. 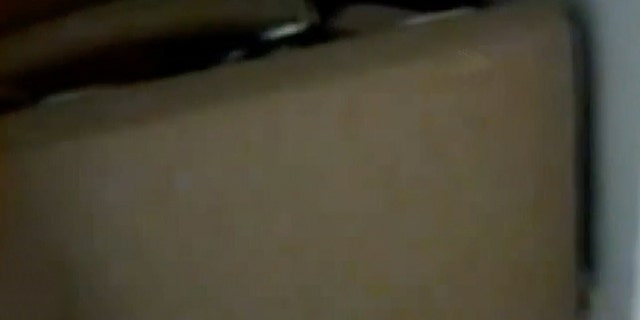 The <a data-cke-saved-href="https://www.foxnews.com/us/jeffrey-epstein-palm-beach-mansion-showed-nude-images-young-women" href="https://www.foxnews.com/us/jeffrey-epstein-palm-beach-mansion-showed-nude-images-young-women" target="_blank">video</a> shows at least two massage tables, one on each floor of the home, as well as what appears to be another two in the pool house.
(Palm Beach County State Attorney’s Office)

Investigators interviewed the woman who allegedly brought the teen to his home, according to the affidavit, which said that woman told them she met Epstein when she was 17 through a friend who asked her if she wanted to make money.

The woman told police she was brought to the home and was led upstairs by another woman who set up the massage table and took out oils, the affidavit said.

When the woman left, Epstein walked in wearing only a towel, according to court documents, which said the woman who eventually worked for him massaged Epstein while naked.

“He explained, I know you're not comfortable, but I'll pay you if you bring some girls. He told her the younger the better,” the affidavit said, adding that the woman told investigators she brought at least six girls, who were all between 14 and 16, to his Palm Beach home.

The woman “stated she once tried to bring a 23-year-old female and Epstein stated that the female was too old,” according to court documents.

By 2006, Palm Beach investigators had interviewed more than 30 young women – some of whom were minors at the time of the alleged molestations.

In the end, prosecutors and Epstein’s lawyers negotiated a then-secret plea deal that led Epstein to serve just 13 months in jail under work-release privileges, allowing him to work in his office six days a week.

He pleaded guilty to a child prostitution charge and registered as a sex offender.

The FBI has raided Epstein’s other properties, including his New York City mansion and his private island in the U.S. Virgin Islands.

Prosecutors confirmed this week that inquiries into Epstein’s co-conspirators were ongoing and would continue despite the fact that the criminal case against Epstein has been dismissed due to Epstein's suicide in his jail cell earlier this month.

THE BBC have confirmed that their new outrageous drama Black Narcissus, which is about "perverted and sinful" nuns will drop...

Noah makes baseless claims about the guys to Tayshia, leading to a furious confrontation between her and the house —...