Jayson Tatum is one of the NBA’s most exciting young stars, Jayson Tatum still probably has his best basketball ahead of him, but it’s hard to deny that Jayson Tatum just had a rough NBA Finals debut.

The Boston Celtics star finished Thursday’s Game 6 with 13 points on 6-of-18 shooting, seven assists, three rebounds and five turnovers, failing to step up against a Golden State Warriors team that clinched its fourth championship in a decade.

Across the series, Tatum shot 31.7% from the field with 23 turnovers. He also finished the playoffs with 100 total turnovers, the most any player has recorded in NBA postseason history, per StatMuse.

The internet predictably had some fun at his expense.

For most of the series, Tatum was contained on offense by Andrew Wiggins, a former No. 1 overall pick who finally live up to his promise in his first full season with the Warriors. That defense alone arguably made Wiggins the Warriors’ second-most valuable player in the series behind Finals MVP Stephen Curry.

Of course, the importance of Wiggins’ defense underscores just how much Tatum had been propelling the Celtics entering the Finals. In 18 games, the 24-year-old averaged 27 points, 6.7 rebounds and 5.9 assists per game, earning Eastern Conference finals MVP against the Miami Heat.

Tatum’s 100 turnovers were as much a product of his usage as any struggles, but that doesn’t mean he won’t have more to work on in what figures to be a long offseason for the All-Star. 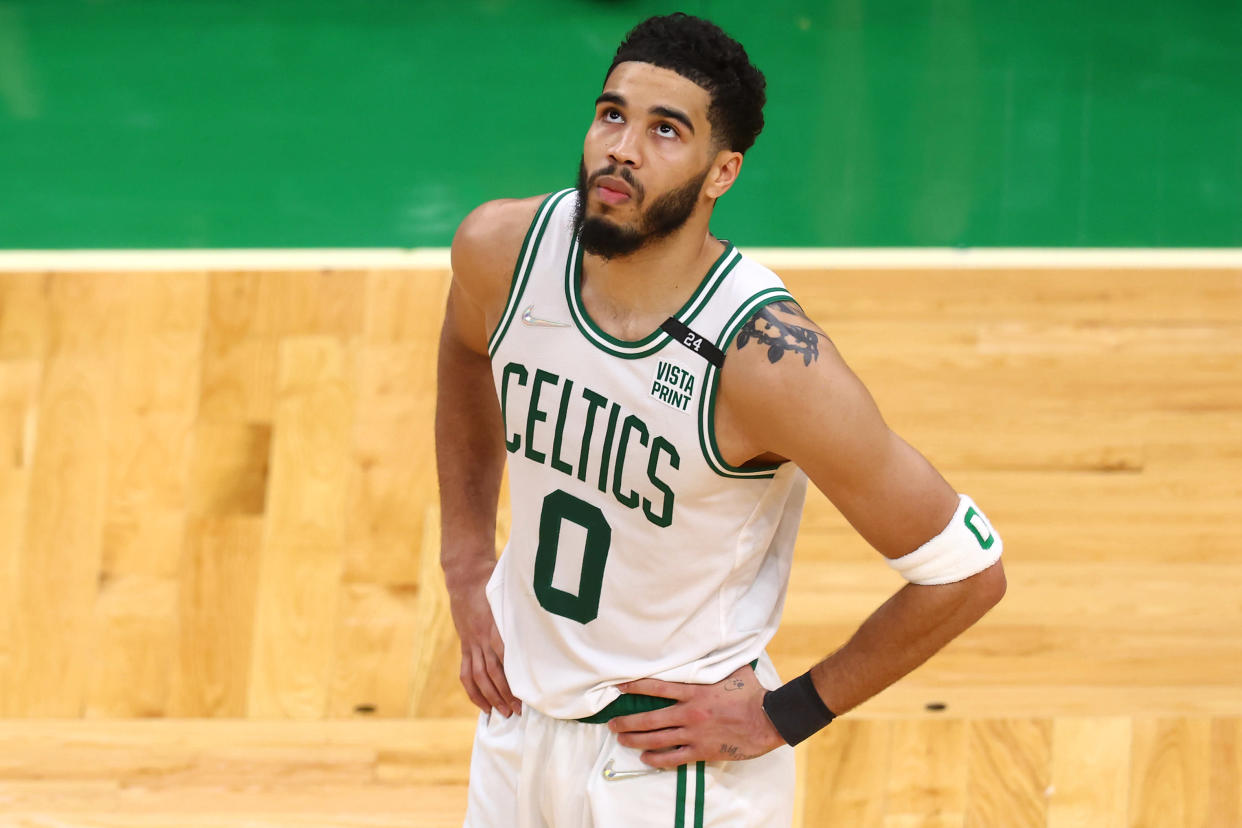