Tokyo:  Japan's Emperor Akihito, marking his 85th birthday – his last before his upcoming abdication – says he feels relieved that his reign is coming to an end without having seen his country at war and that it is important to keep telling younger people about his nation's wartime history.

"It gives my deep comfort that the Heisei era is coming to an end, free of war in Japan," Akihito said at a news conference at the palace that was recorded this past week and released on Sunday. 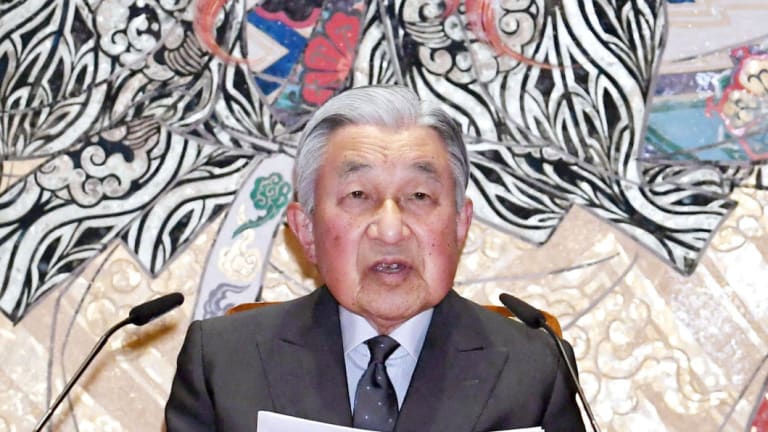 "It is important not to forget that countless lives were lost in World War II and that the peace and prosperity of postwar Japan was built upon the numerous sacrifices and tireless efforts made by the Japanese people, and to pass on this history accurately to those born after the war."

Akihito's 30-year reign of the Heisei is the only era without war in Japan's modern history. Praying for peace and making amends for a war fought in the name of his father, Hirohito, has become a career mission for Akihito, who succeeded the throne in 1989.

Akihito is set to abdicate on April 30, to be succeeded by his eldest son, Crown Prince Naruhito, on May 1. This birthday celebration is Akihito's last in his reign.

Tens of thousands of well-wishers who gathered at Tokyo's Imperial Palace to celebrate the occasion cheered and waved small rising-sun flags as Akihito and his family appeared on the balcony to greet and thank them.

As emperor, Akihito has made unprecedented visits to the Philippines and other Pacific islands conquered by Japan early in World War II and devastated in fierce fighting as the US-led allies took them back. Though Akihito has avoided a direct apology, he has subtly stepped up his expressions of regret in recent years in carefully scripted statements on the war. 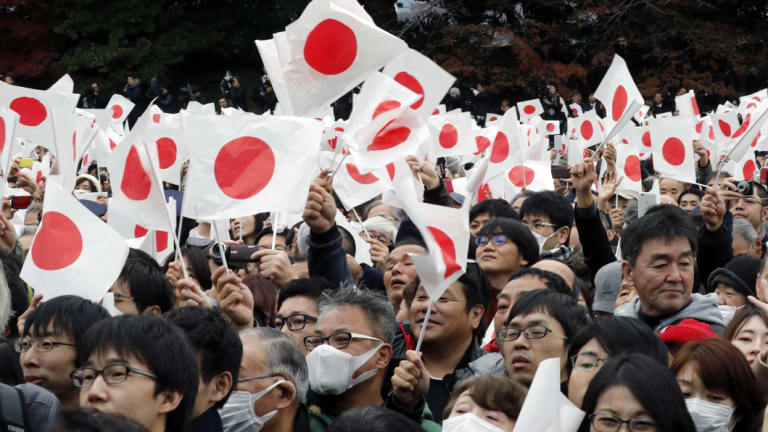 Well-wishers cheer as Japan’s Emperor Akihito with his family members appear on the balcony of the Imperial Palace to mark the emperor’s 85th birthday in Tokyo on Sunday.Credit:AP

Akihito said he won't forget those trips with his wife, Empress Michiko, and thanked those counties for welcoming them despite their bitter memories of the war. "I am grateful to each of those countries for welcoming us with warm hospitality," he said.

Akihito's pacifist image and his compassion for disaster victims, the handicapped and the minorities have gained public support for him and his family. Experts say Akihito's pacifist views may have come from his childhood wartime experiences.

Akihito was 11 years old when he heard his father's voice announcing Japan's World War II surrender on the radio on August 15, 1945. During the subsequent US occupation of Japan, he was tutored in English by Elizabeth Vining, a Quaker, an experience that experts say gave Akihito his pacifist and democratic outlook.