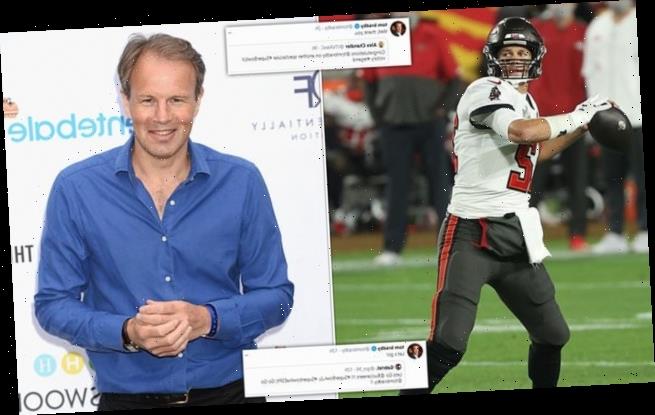 ITV newsreader Tom Bradby has lapped up the plaudits today after once again being confused with Super Bowl star Tom Brady by American football fans.

The Tampa Bay Buccaneers quarterback was trending on Twitter overnight after winning his seventh title, and while he will have no doubt been inundated with congratulatory messages, so too was the similarly-named journalist. 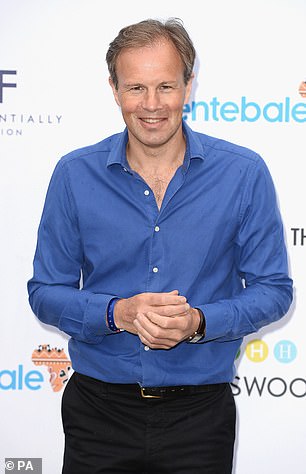 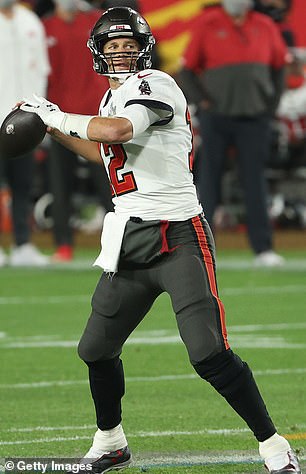 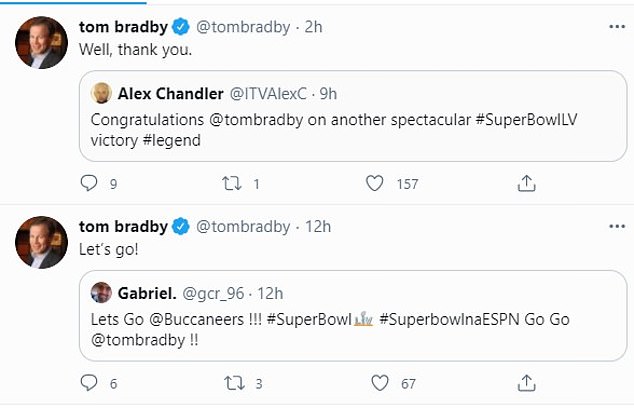 The Tampa Bay Buccaneers quarterback was trending on Twitter overnight after winning his seventh title, and while he will have no doubt been inundated with congratulatory messages, so too was the similarly-named journalist

Others tweeted: ‘Superb again from @tombradby what a player’ and ‘Congratulations to @tombradby on cementing his legacy with another superb performance.’

An ITV boss in Washington appeared to be anticipating the joke, when he wrote: ‘Congratulations @tombradby on another spectacular #SuperBowlLV victory #legend’, to which the presenter replied: ‘Well, thank you’.

It is not the first time the newsreader has been confused with the NFL star, either.

Last year, Bradby found himself responding to fans who messaged him, instead of Brady, when the quarterback announced he was leaving the New England Patriots.

The journalist told a Brady supporter back in May: ‘Oh man, I’d had enough. What can I say? A man can only win so many superbowls.’

Brady, 43, added to his incredible Super Bowl record with a seventh title on Sunday, guiding the Buccaneers to their second league crown after a 31-9 win over the defending champion Kansas City Chiefs.

Celebrating his victory in Tampa on Sunday night, Brady shared a kiss with wife Gisele Bundchen while leading children Vivian, Jack and Benjamin on a victory lap around the field.

The win sparked wild scenes on the streets of Tampa, with hundreds of maskless fans dancing, drinking and clashing with police amid fears that the Super Bowl will turn into a Covid super-spreader event.