It’s a real-life Scar! Leopard bears a striking resemblance to Simba’s nemesis in the Lion King after having its left eye gouged out in a fight

This one-eyed leopard has a wound just like Scar from The Lion King.

But it clearly hasn’t hindered his hunting skills – as he’s pictured lounging on a tree branch, licking his lips as he proudly displays a fresh kill.

Photographer Holger W Grauel captured the leopard – who has a gaping wound where his left eye used to be –  in Tanzana’s Tarangire National Park.

Despite having an eye apparently scratched out, the leopard managed to snag what appeared to be an antelope and was seen feasting on the unfortunate animal’s carcass. 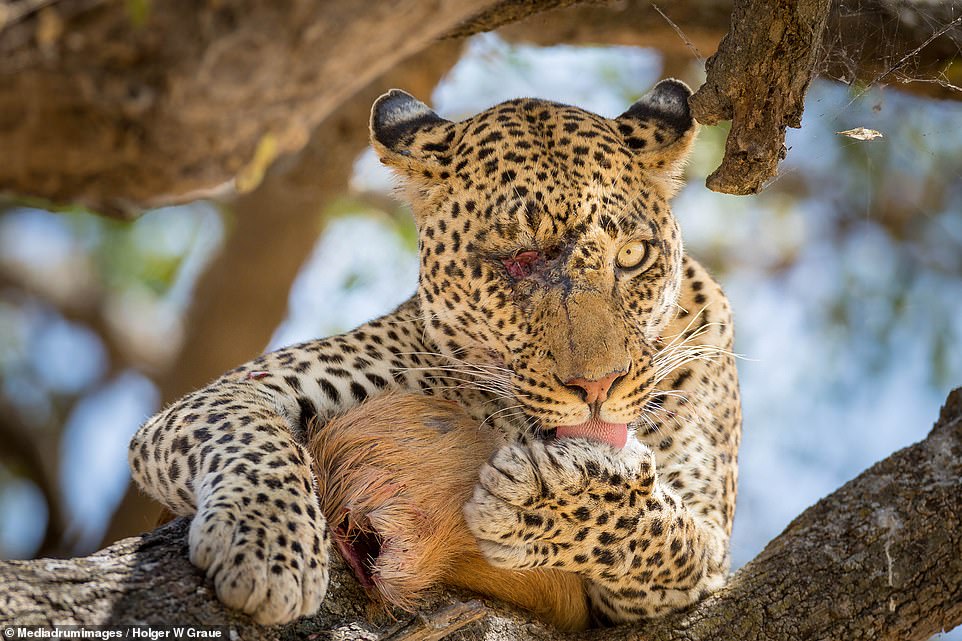 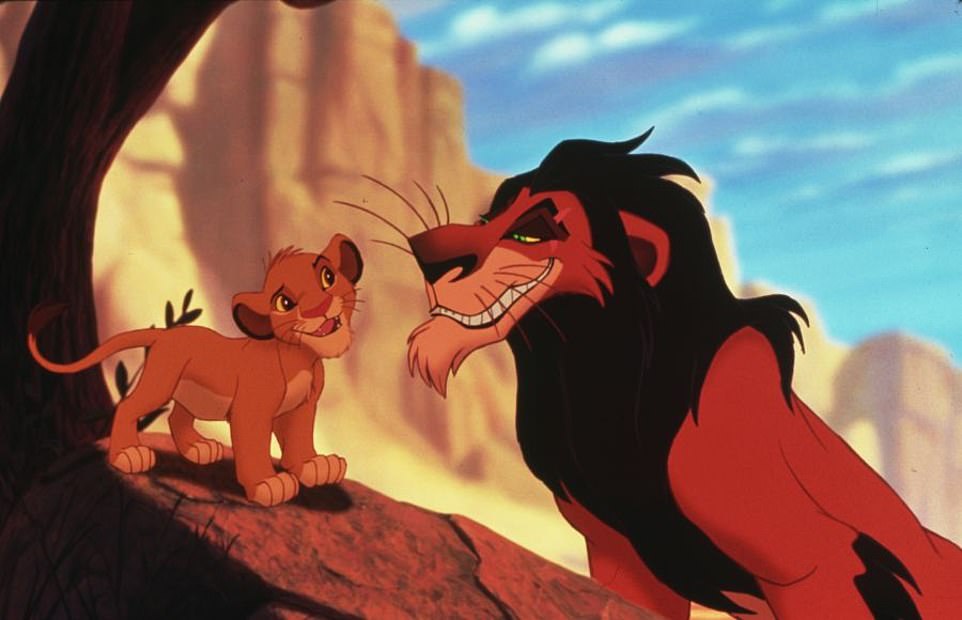 ‘It was a rather cold morning in the Tarangire National Park in Tanzania as we headed out on our first game drive of the day,’ the 49-year-old photographer said.

‘The animals were not very active, so I didn’t expect to see any sort of extraordinary sighting.

‘As we were driving through the park, enjoying the fabulous landscape, we approached a single tree and from a distance, I could spot something hanging down from it.

‘Upon closer inspection we realised it was a leopard with its kill – a great sighting for us. However, even more of a surprise was that this leopard only had one eye.

‘It is not clear how the leopard was injured, but looking closely through my camera lens I could see that the eye had been scratched out.’ 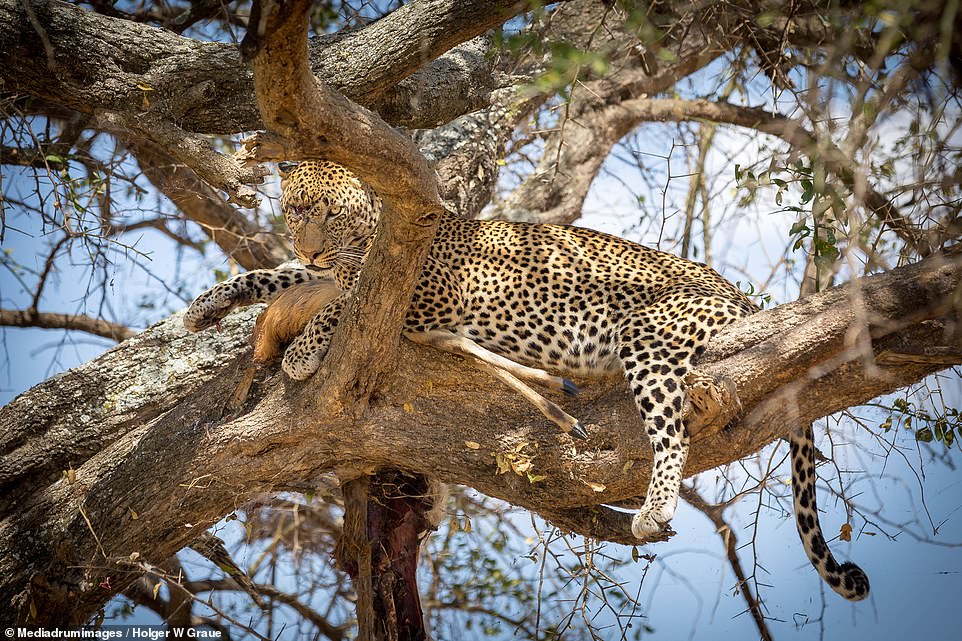 The one-eyed leopard’s injury doesn’t appear to have hindered his hunting skills as he was pictured lounging on a tree branch, licking his lips as he proudly displayed a fresh kill 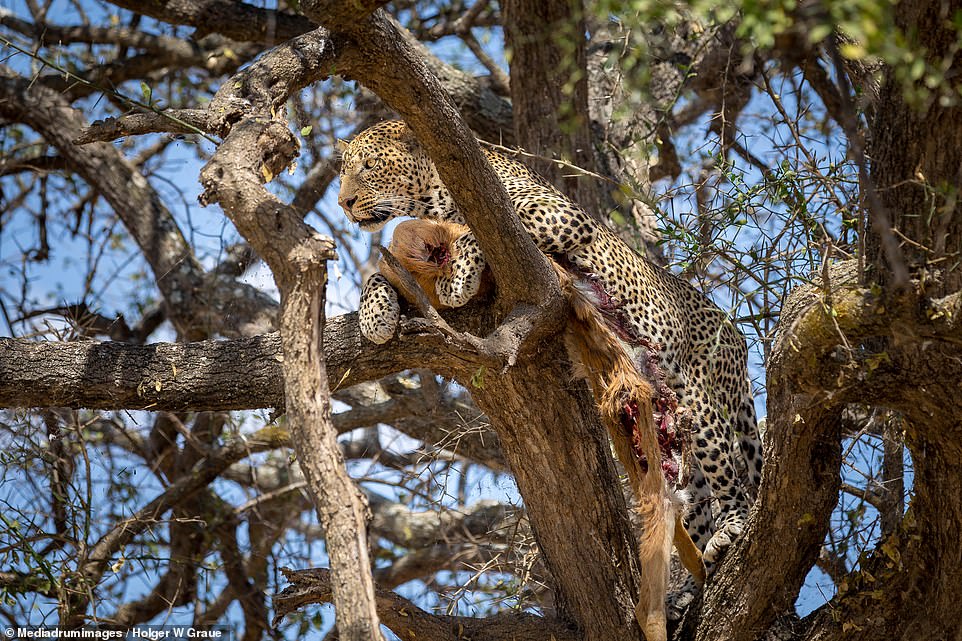 He added: ‘The wound looked quite bad, and it probably wasn’t too long ago that it was injured. But, I was happy in the fact that the leopard had its kill up in the tree, meaning that it is still able to effectively hunt and is able to survive despite this handicap.

‘So, the question remains: was the leopard injured by another leopard? Or maybe by another predator like a lion?’

Holger explained that while he was happy to spot such a rare sight, he pitied the leopard.

‘I’m not really sure if I love the images of the leopard with the handicap – actually, I feel sorry for it,’ he said. 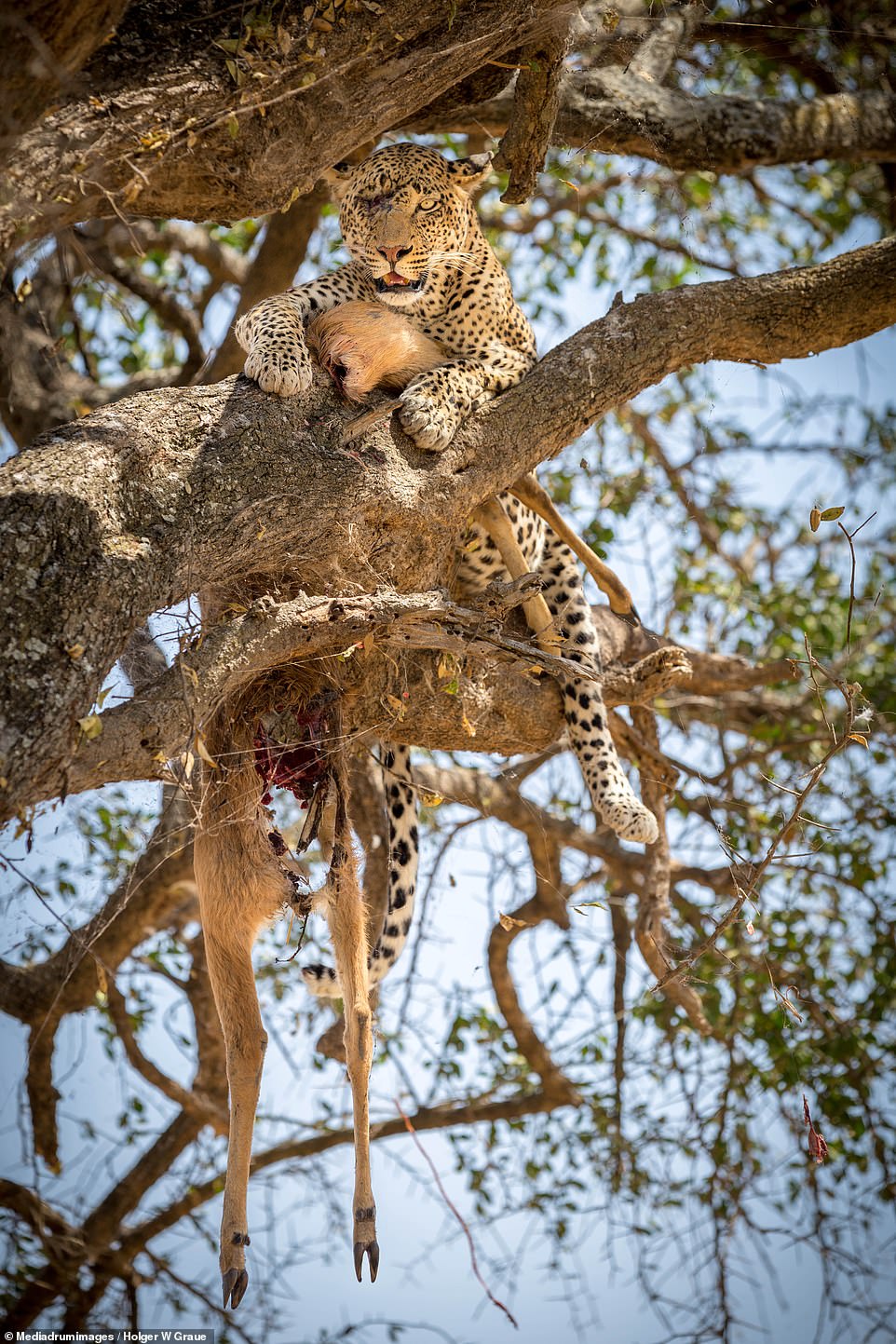 ‘It is not clear how the leopard was injured, but looking closely through my camera lens I could see that the eye had been scratched out,’ the photographer said

‘Well, it’s an extraordinary image which can’t be seen often. I prefer to see and photograph animals in their best healthy conditions.

‘My favourites are leopards so, I always search for them when I’m on safari, but it isn’t easy to spot those ghosts.’

Leopards are active mainly from dusk till dawn and rest for most of the day and for some hours at night in thickets, among rocks or over tree branches.

They are known for their ability to climb and have been observed resting on tree branches during the day, dragging their kills up trees and hanging them there, before descending from trees headfirst.