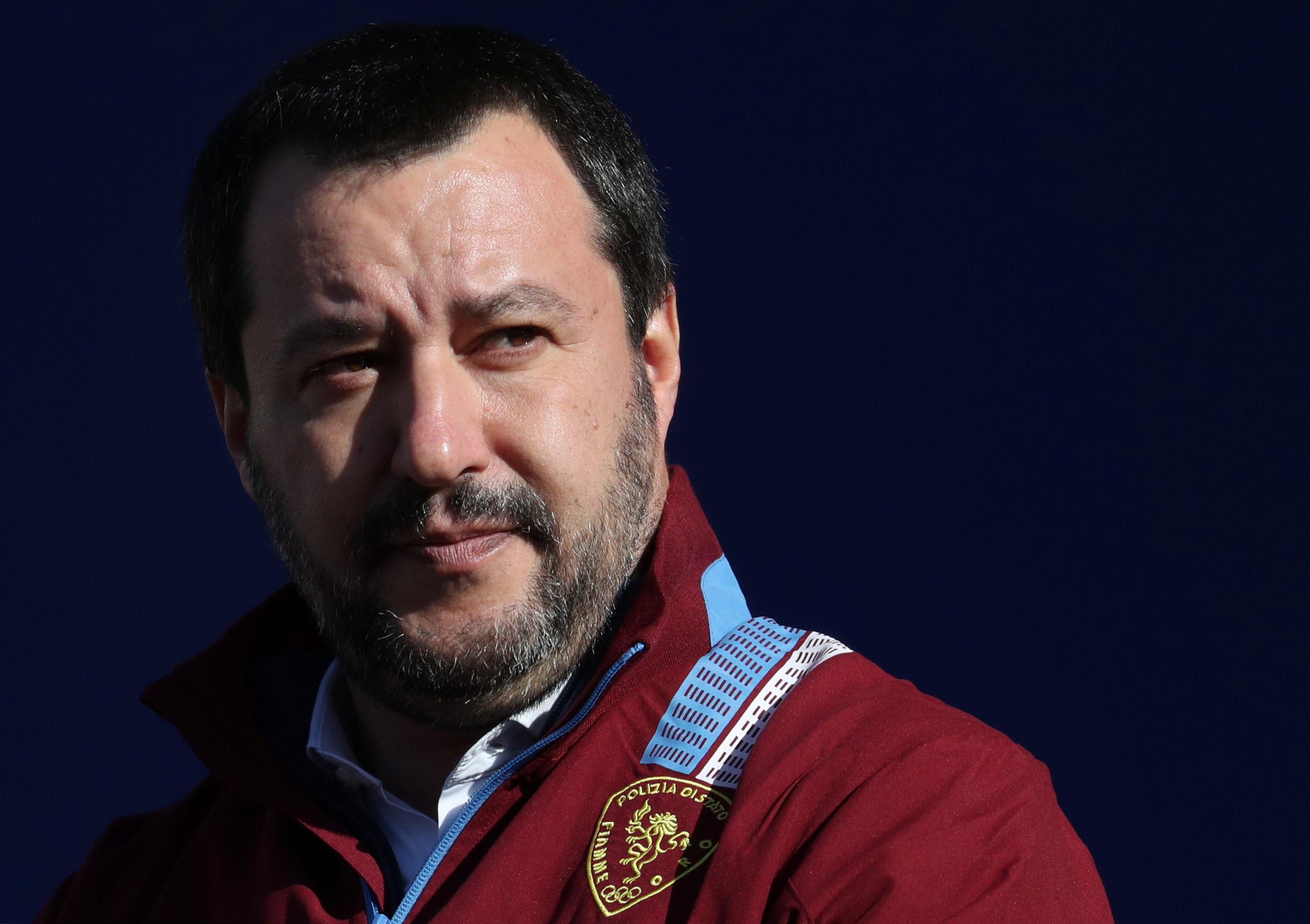 Dissent is growing in his League party’s political heartland, the industrial north, adding to pressure on Salvini and his coalition partner to reverse course on their 2019 budget.

“I always thought the League was able to help people who work – real people – and for this I had put my trust in them at this historic moment,” said industrialist Patrizio Dei Tos, who had high hopes when the League took power six months ago.

Now, he and other northern entrepreneurs are not so sure.

Since the League and the anti-establishment 5-Star party formed a government, the economy has gone into reverse and the new administration’s big-spending budget plans have sent interest rates up and prompted fears of another banking crisis.

In the regions of Lombardy and Veneto, which together account for a third of the national economy and are run by League administrations, small to medium-sized businesses have begun to openly question party leader Salvini’s strategy.

“We are focusing on running the country according to emotions instead of the numbers,” said Dei Tos, whose wood-flooring firm Gruppo Labor Legno has annual sales of around 40 million euros ($45 million).

“We must be careful not to push our luck.”

Even as Salvini, who is also interior minister, wins national popularity from his crackdown on immigration, his core constituency of family entrepreneurs, from the self-employed to rich industrialists, fear the economy is already in recession and the government’s spending plans will make things worse.

Salvini is stretching the League’s brand, winning new voters but straying somewhat from his northern base. He is basically holding firm for now and the League is ready only to make a minor cut to the 2019 budget deficit target of 2.4 percent of GDP, senior party sources said.

But dissent in League heartlands adds to the intense pressure on him to give ground on the budget in a confrontation that the European Commission and investors believe could undermine the euro zone.

The deficit target is three times the amount penciled in by the previous administration, and has been rejected by the Commission as a breach of EU rules requiring Rome to steadily reduce its public debt burden.

Italian bond yields exceed those on safe-haven German bonds by almost 3 percentage points, double the spread that prevailed before the government was sworn in. That has prompted lenders to raise interest rates and fanned fears of financial instability, since banks are large holders of government bonds.

Milan’s stock index has fallen by a fifth since mid May. Growth fell 0.1 percent in the third quarter, with some economists predicting another contraction in the fourth as consumption and investment weaken. Last month, consumer and business confidence touched two-year lows.

Alberto Bombassei, co-founder and chairman of auto-parts maker Brembo, based in Lombardy, notes that his firm has lost almost a quarter of its value since the new government was sworn in.

“For many, the problem is 5-Star but even our good chap Salvini has agreed on measures he shouldn’t have agreed on. Both have abandoned the business community,” said Bombassei, whose company employs more than 3,000 in Italy.

Vincenzo Boccia, head of Italy’s biggest business lobby Confindustria, once held high hopes for the League, telling a meeting of industrialists in the northern city of Vicenza in September: “The League is close to the working class and to the entrepreneurs. We have very high expectations.”

Now, he voices deep disappointment at the way the coalition is managing the euro zone’s second-biggest manufacturer.

“The budget does very little for growth and Italy could tumble into recession. A consistent part of our members have voted for the League but 100 percent of those I have met are against this fiscal plan,” Boccia said in a TV interview.

Confindustria wants Rome to boost infrastructure investment and says the budget instead focuses spending on welfare measures: a League promise to ease retirement rules and a 5-Star pledge to introduce a kind of universal income to fight poverty.

On Monday, Confindustria joined other employers’ groups representing 65 percent of GDP to demand the government change course and boost investment.

League politicians deny they are under pressure from their supporters to change course on the budget, saying the unhappiness is directed at 5-Star rather than Salvini.

“I am for staying in power with the 5-Star until the European parliamentary elections in May,” said Roberto Rolle, a local councillor in Padua whose party is allied with the League.

“Then we’ll count our forces and decide whether to go ahead together. Without 5-Star, the government will do much better.”

The coalition’s combined approval ratings are climbing. A recent poll shows the League and 5-Star have 57.5 percent support, up from 50.1 percent at March elections. The League alone enjoys 32 percent approval, almost double its March vote.

“This government is loved by people and polls say approvals are stellar,” said lawmaker Gianluca Paolini, a 23-year League veteran in the central region of Marche.

Supporters staged a mass rally in Rome on Saturday to back the League, with Salvini in defiant form.

“If you call into question our right and duty to restore dignity, pride, security, pensions and work to millions of Italians, then I tell you we will not be turning back,” Salvini told cheering crowds.

Political experts say the anger of small-scale entrepreneurs will have an impact on Salvini but it will be limited, since he has broadened the party’s appeal beyond its business-focused base, which anyway has few alternatives.

“The League cannot ignore the entrepreneurs because they represent its constituency. If they are unhappy the League has to take note and give responses,” said Giovanni Orsina, a political expert at Rome’s LUISS University.

But he said its real problems were the market turmoil and economic slide that triggered the business backlash.

Some businessmen say the dour economic mood will eventually bring the party’s poll ratings back to earth.

“Ordinary people only become aware of the economic trends with some delay,” said Gianluca Pavanello, chief executive of technical sportswear firm Macron, based in Bologna.