ROME (Reuters) – Italy would have to hold new elections if the coalition government falls, a senior cabinet official and member of the co-ruling League party was quoted as saying on Friday. 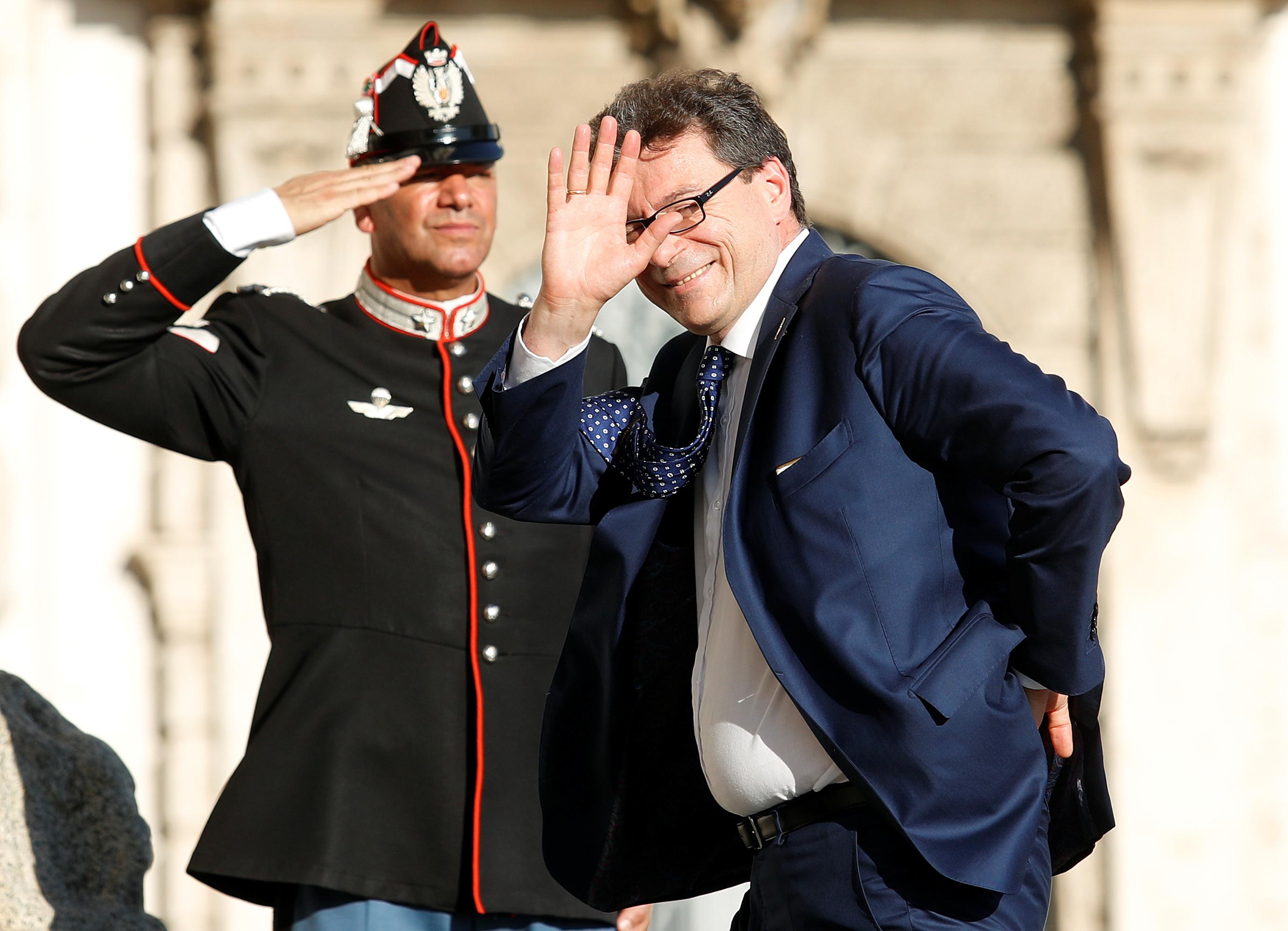 Cabinet Undersecretary Giancarlo Giorgetti also criticized a flagship policy of the anti-establishment 5-Star Movement, the other partner in the coalition that came to power only in June.

Opinion polls show that support for the far-right League has jumped since the election in March, suggesting the party would make significant gains if a new vote were held.

Giorgetti said his party’s commitment to the coalition had limits and appeared to rule out forming a new government with the current parliamentary arithmetic, should it collapse.

“Our commitment will last as long as we can implement the government deal. When that will no longer be the case (our commitment) will end and the people should have a say again,” Giorgetti, who is one of the most influential members of the coalition, told Italian news agencies.

League leader Matteo Salvini dismissed this week a report saying that his party was considering pushing for a snap election in March. Salvini, who is both deputy prime minister and interior minister, insisted the government will stay on for a full five-year term.

His party won 17 percent of the vote in March to become the largest party in a center-right electoral bloc, which Salvini then abandoned to form a government with 5-Star.

The League is now Italy’s largest party with more than 30 percent in opinion polls, which also show most Italians consider Salvini the real power in the government.

It has its strongholds in the rich regions of northern Italy while 5-Star has won most of its votes in the poor regions of the south.

Giorgetti, who is from the northern region of Lombardy, also criticized a costly income support scheme, a pivotal measure of the 5-Star program known as the “citizen’s wage”, saying it could foster illegal work.

This measure was supported by “a part of Italy that the League does not like”, referring to the south of the country, he said. However, he added: “Whether we like it or not it’s the Italy we have to confront ourselves with and govern.”

Responding to Giorgetti’s comments, 5-Star leader Luigi Di Maio dismissed the possibility of the scheme encouraging illegal work. “I like the whole of Italy” from north to south, Di Maio added, speaking in a Facebook video.

Rome is currently trying to settle a dispute with the European Commission over its plans to increase the deficit sharply in the 2019 budget.