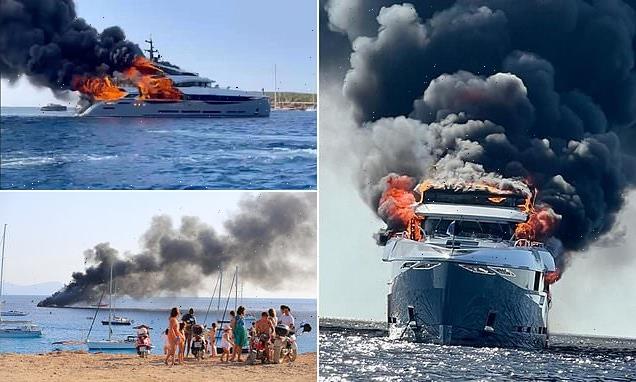 A £20million superyacht owned by a company boss worth more than £400million has gone up in flames off the coast of a Spanish island.

The 150ft vessel caught fire Thursday afternoon in Cala Saona, on the west of the Mediterranean isle of Formentera, just a month after being delivered to its owner.

Spanish coastguards sent two rescue boats to the area as the nine passengers and seven crew on board Aria SF abandoned ship after a Mayday call following a failed attempt to put out the blaze. There were no reports of any injuries. 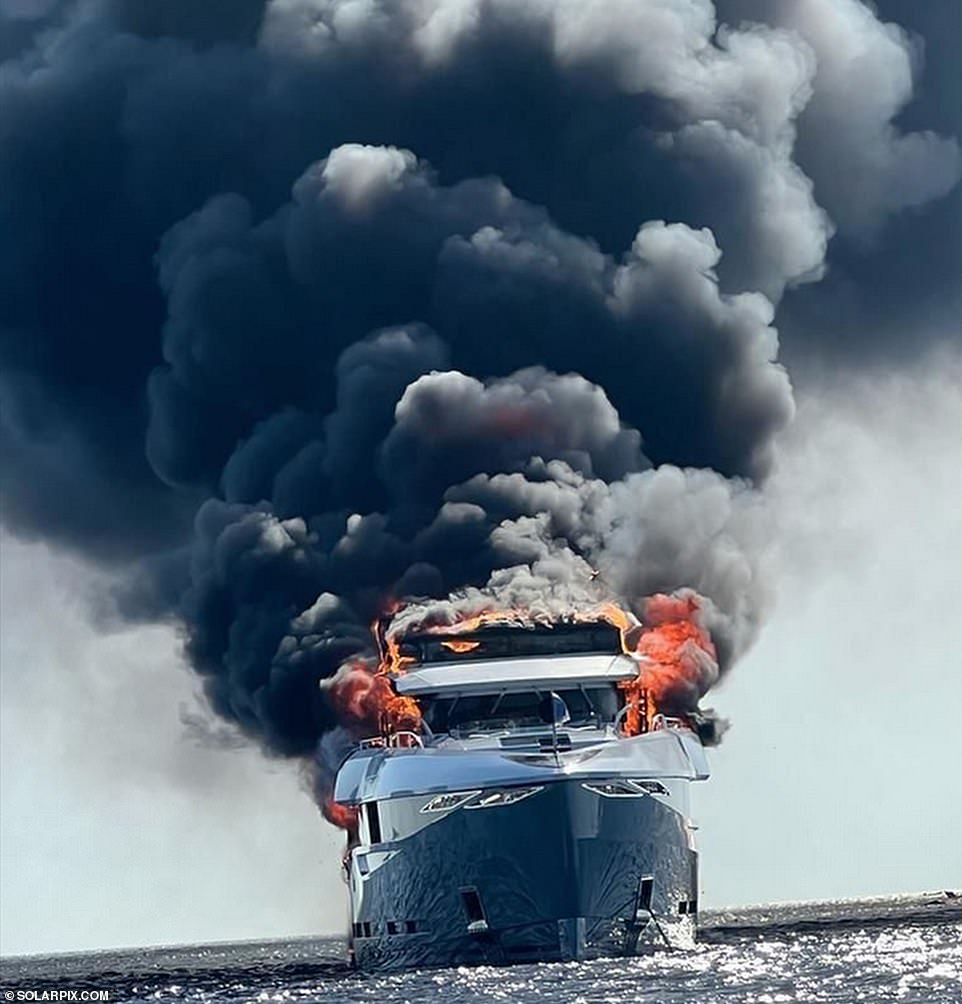 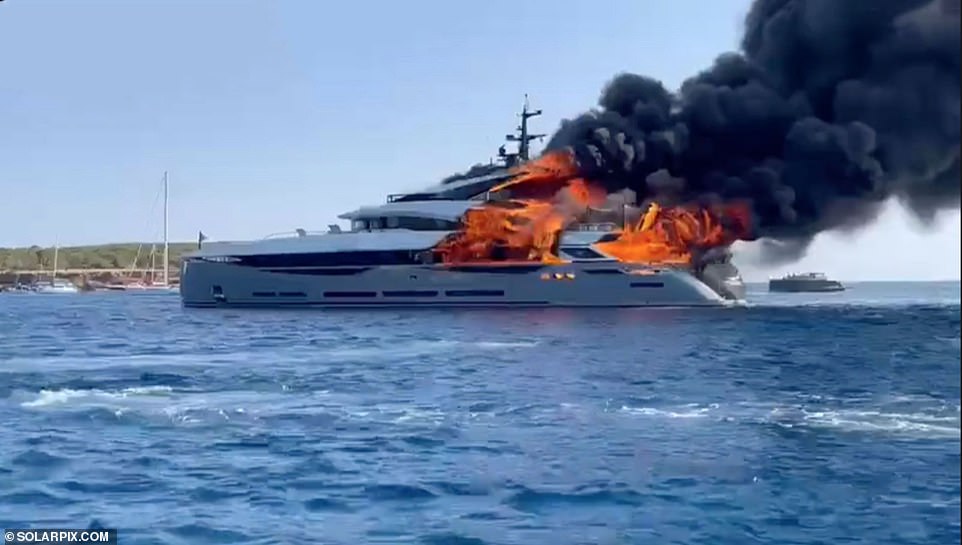 The Aria SF, owned by 61-year-old Paolo Scudieri, caught fire Thursday afternoon off the coast of Formentera, in the Mediterranean

The black smoke the fire caused could be seen as far away as the neighbouring island of Ibiza.

The owner of the superyacht, which only left the shipyard last month after being sold in 2019, has been named as Paolo Scudieri.

The 61-year-old is the chairman of car interior components producer Gruppo Addler, which was founded by his father Achille in 1956, and his net worth is said to be around £410 million.

Father-of-four Scudieri, who lives in Naples, is Monaco’s Ambassador for Tourism and the founder of a group that owns 19 restaurants in Italy.

It was not immediately clear Friday morning if he was on board, although specialised yachting websites say the vessel is not currently available for charter.

The superyacht that went up in flames, which boasted a swimming pool, five bedrooms and a gym, was due to make its official debut at the Cannes Yachting Festival later this year.

It is thought to have been towed to Ibiza by a Coastguard vessel. An investigation into the cause of the blaze is underway.

A spokesman for the Spanish Coastguard Service, speaking after the fire was nearly out late Thursday, confirmed: ‘Seven crew and nine passengers are all safe.

‘They were evacuated onto a police boat. The fire is now almost out.

‘Two Coastguard vessels, Salvamar Acrux and Guardamar Concepcion Arenal, were mobilised by our co-ordination centre in Palma in Majorca after the alarm was raised around 5pm yesterday/on Thursday.’ 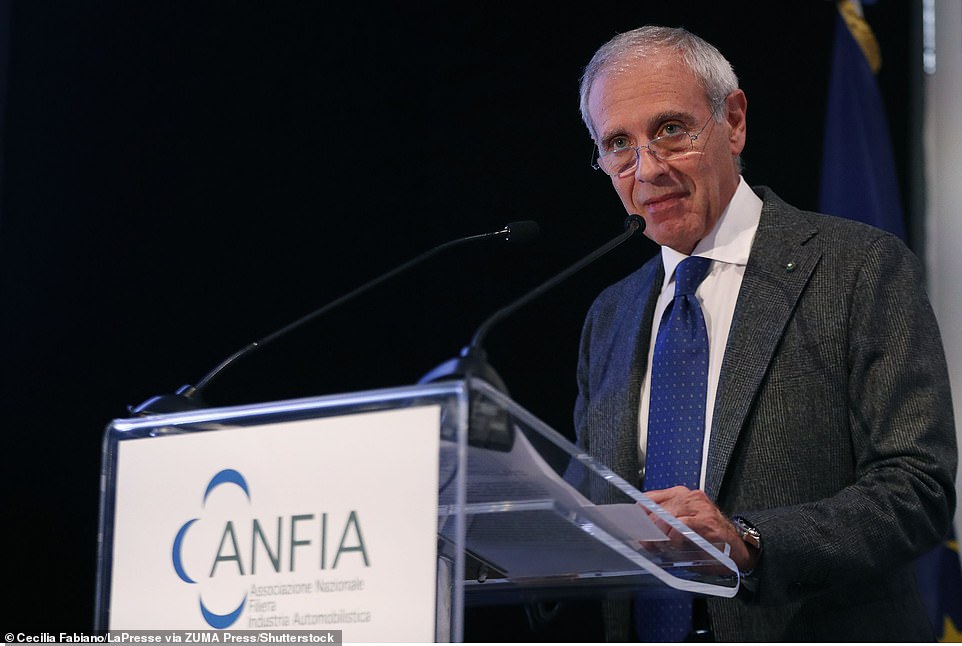 OUR Yorkshire Farm's Amanda Owen and her family will work with Channel 5 on a number of new programmes –...