AMANDA HOLDEN was halfway to speaking for the nation, when she paused addressing the subject of Kseniya Simonova’s sand painting of the Princess Diana story.

“It’s a real mix of being fascinated by what’s coming next” . . . And hoping to hell she doesn’t suddenly draw Will Carling in that sandpit of hers. 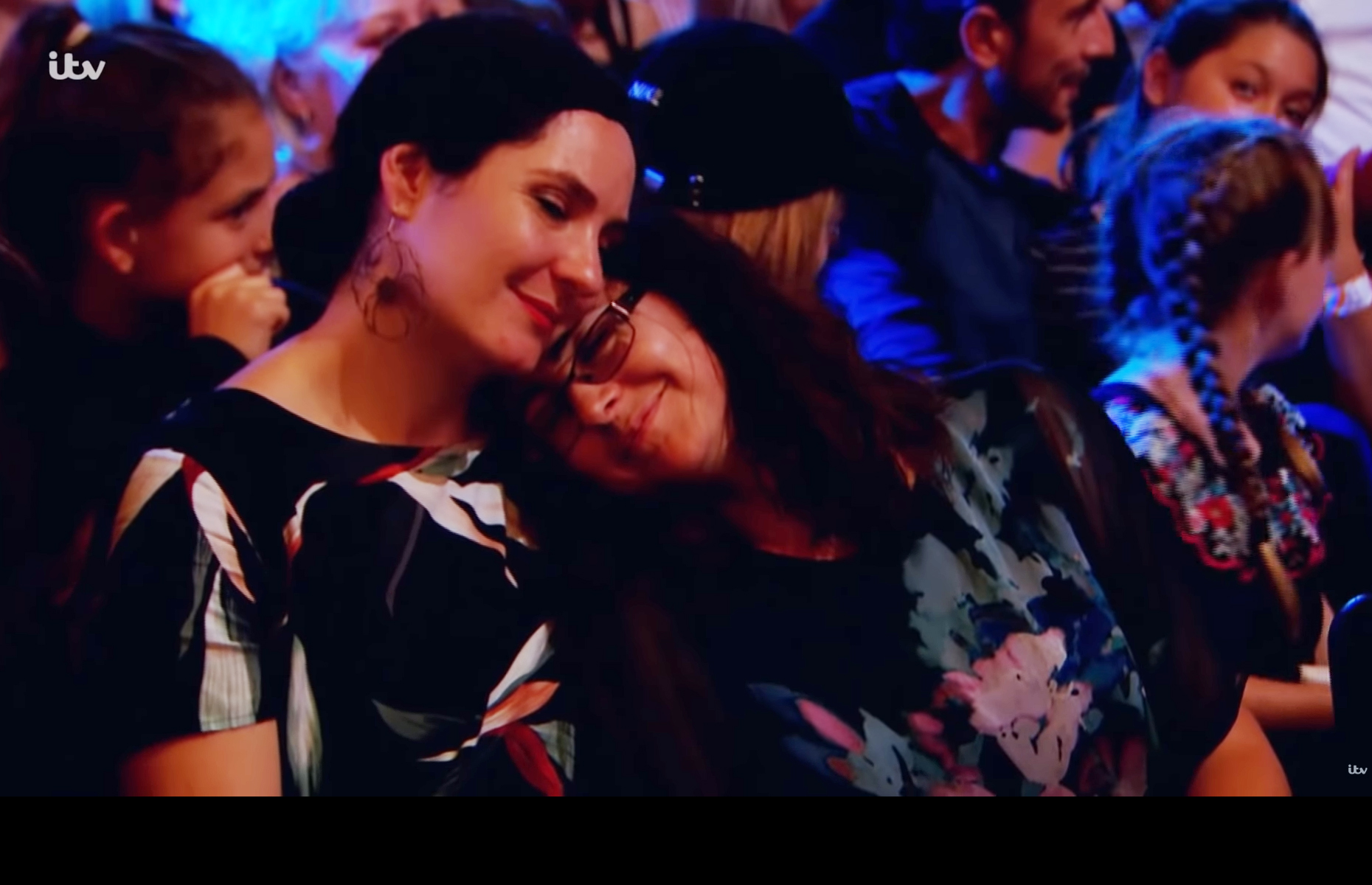 Which, mercifully, she didn’t. There was just a hospice, a candle and two little heads who were probably William and Harry, but could just as easily have been Wayne Sleep and Simon Le Bon.

It passed without major diplomatic incident, though. As did the rest of Britain’s Got Talent: The Champions’ final, where viewers were served up everything from Stavros Flatley and the Ukrainian sandpit woman to Twist And Pulse and the astonishing 11-year-old German dog dancing girl, Alex Lauenburger, who’s got those mutts of hers drilled like . . . like . . .

Well, never mind what she’s got them drilled like. Let’s just say they’ve cocked their little legs all over Pudsey the dog’s grave. There were a couple of failures among the success as well, of course: magician Darcy Oake, who dropped his act in favour of a bereavement story, and American comedian Preacher Lawson.

Brilliant, charismatic and funny during the semi-final, Preacher was rushed, confused and barely raised a laugh during the final. Not that any of the judges did him the favour of spelling out the truth. They don’t seem to do that on BGT: The Champions. What they get instead is OTT praise and false hope.

Absolutely the oddest thing they did, though, during Saturday’s final, just before Cowell teed up daredevil Bello Nock as “certifiably insane”, was getting Ant & Dec to introduce Britain Get Talking, an ITV mental wellness campaign sparked, apparently, by a “48 per cent rise in anxiety and depression”.

To counter that trend, proceedings were halted and replaced by an awkward silence inside Wembley Arena, so that viewers could communicate with their nearest and dearest, as they probably would’ve done during the following ad break anyway. 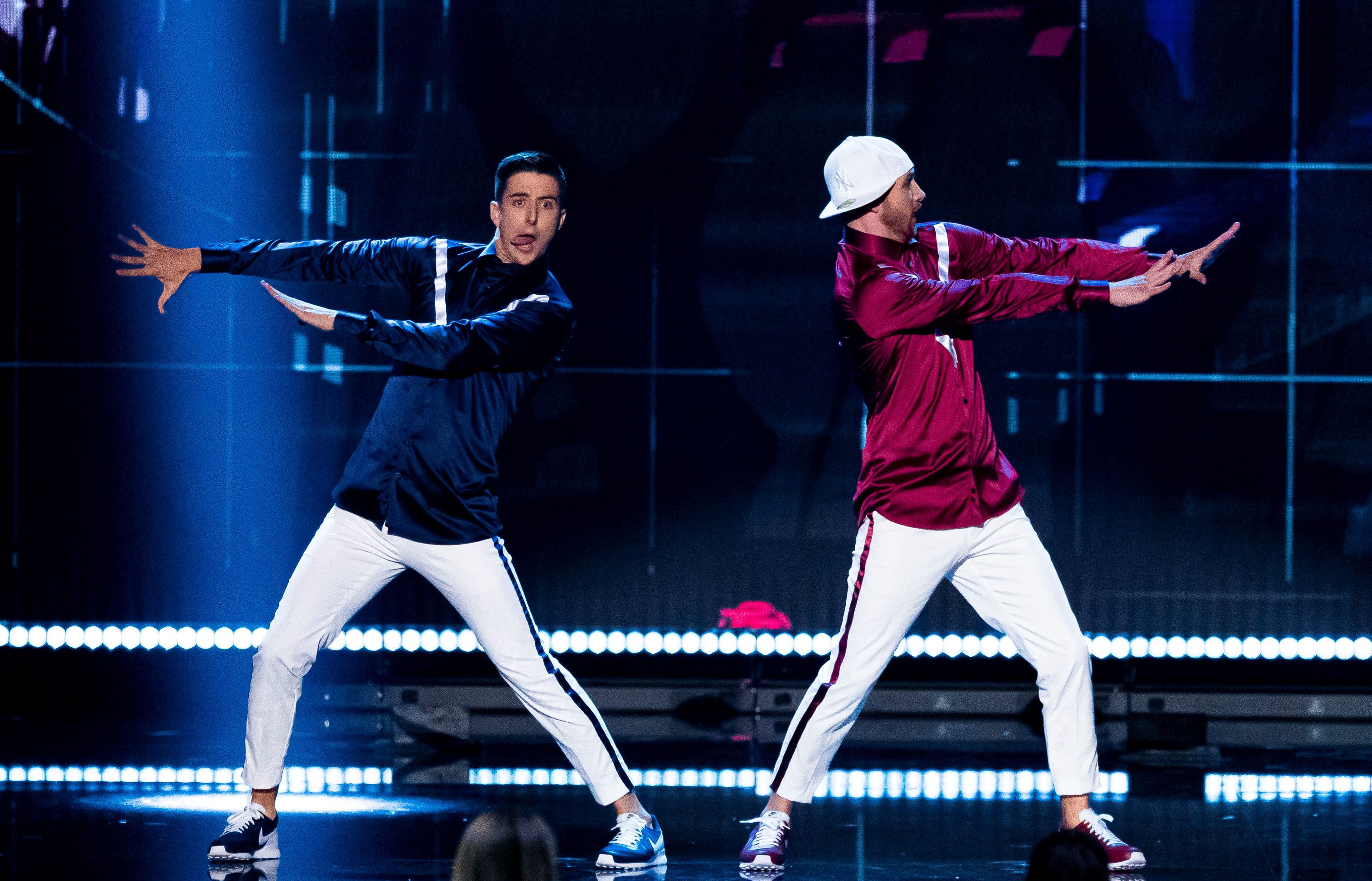 Opinions on this stunt will, I realise, vary wildly. Given there’s no shortage of shows dealing with mental health issues, though, it just looked to me like BGT had jumped on board the virtue-signalling bandwagon.

It also flew in the face of light entertainment’s real purpose, to lift the human spirit and remove you from life’s harsh realities for a minute or two.

The audience understands this function only too well, and that’s why Saturday’s top two places were filled by acts who offered no sob stories, just entertainment.

Twist And Pulse deservedly won and got the BGT trophy. Stavros Flatley came second, so Deme’s wife doesn’t even get that new fridge. What happens to BGT: The Champions next? I’ve no idea and suspect ITV doesn’t either.

All we do know for sure, in fact, is the next part of this weird Autumn Cowell trilogy is X Factor: Celebrity, a replacement for the civilian version which was, in part, dragged down by endless audience manipulation and accusations of favouritism.

“Megastar” acts on this new show will include Max & Harvey. A new one on me but, lo and behold, turns out they’re managed by Simon Cowell’s mate Tim Byrne, who used to be Creative Director of Syco.
Good luck to everyone else taking part.

ON Friday’s EastEnders Jean Slater said: “I can’t believe they’ve been pretending to like my sausage surprise all these years. It makes me wonder what they think of my fishy basket.”
So there will now be a short recovery period before the column reappears on October 22.

Off to a flier in the Cape

THANKS to Wednesday’s Cape Town jaunt on The Apprentice, I now know there are 3,000 shipwrecks off the coast of South Africa, rhinos are not to be confused with elephants and hippos enjoy mating. Even at the age of 70. 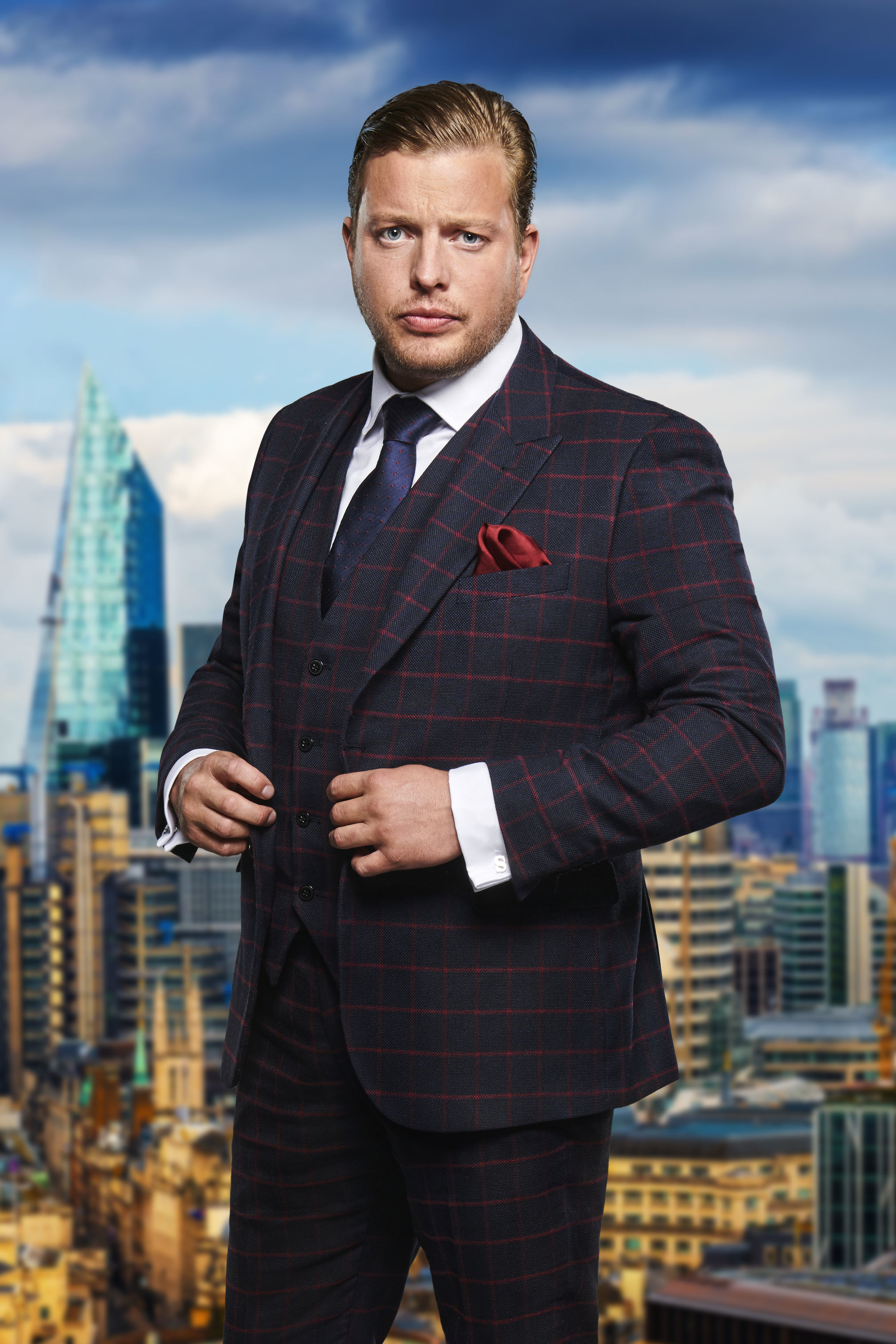 Thomas, of course, was one of the stand-out performers on a brilliant first episode, along with Ryan-Mark Parsons (the Michael McIntyre clone), Carina Lepore, whose tour of the vineyard sculpture park was a bit wordy for my liking (“it does what it says on the tin, yeah”) and Lottie Lion, who “worked in the best wine bar in the UK”, and is as fragrant and enticing as a broken bottle of Buckfast.

It bodes well for the series, but almost certainly won’t stop the usual axe-grinders complaining “The Apprentice is past its sell-by-date”, even though there are other network fixtures and fittings that fit that description so much better.

And if you want a full and exhaustive list of all those BBC shows which deserve to be sent to the knacker’s yard long before Lord Sugar’s masterpiece, here goes. All of them.

BBC1, Wednesday, 9pm, The Apprentice. It does what it says on the tin, yeah.

JUST a quick note about the incredibly intense two-minute, 58-second silence Eamonn Holmes maintained while he stared at the Greek Feast Phil Vickery was making on Friday’s This Morning.
Thank you.

Who said the following last week: “There’s bile coming out of her and all this green crap?”

Well I didn’t say it was hard, did I? 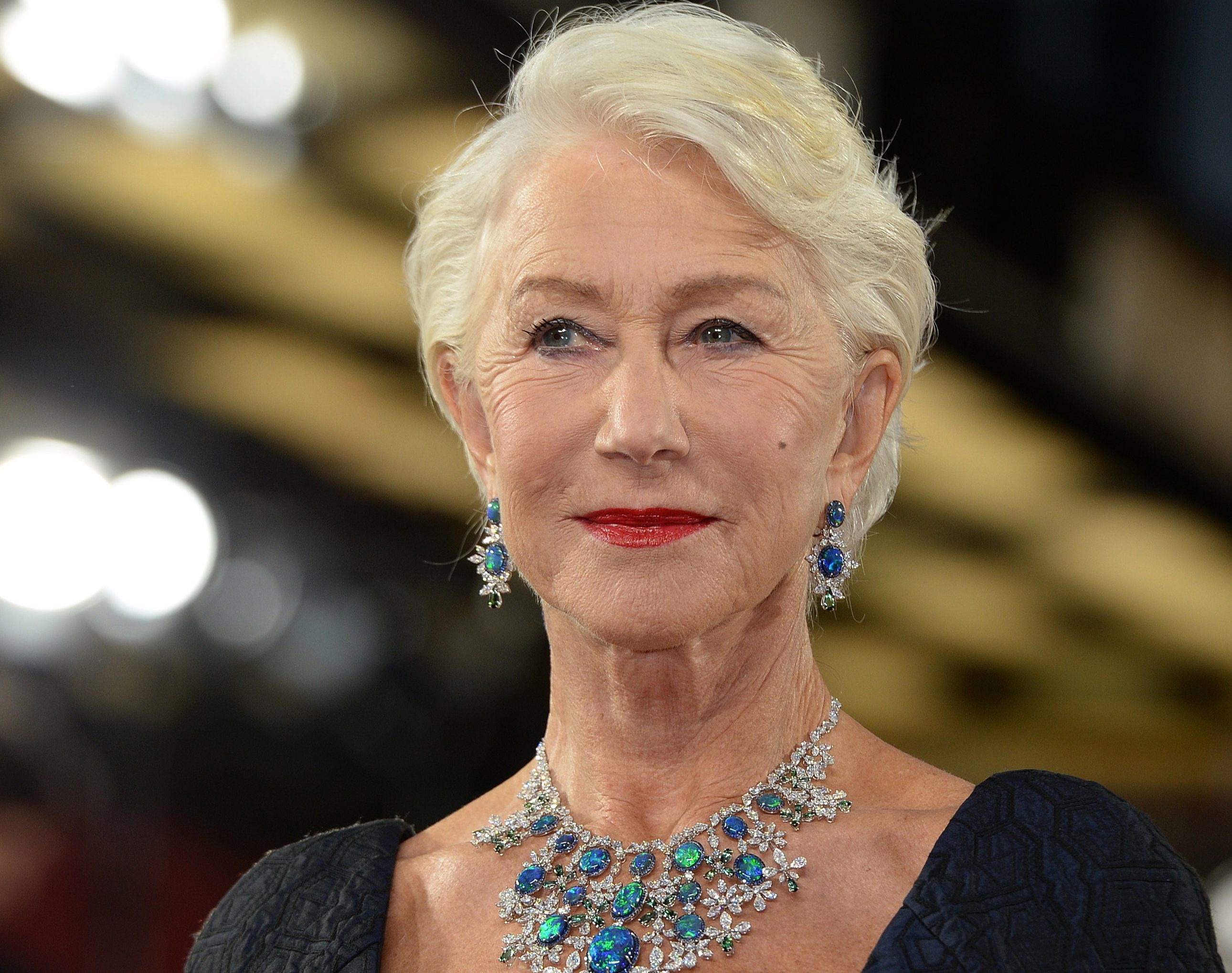 The BBC appointing the host of Michael Jackson: The Live Seance, June Sarpong, as its new head of “Creative Diversity”(box-ticking).

Sky Atlantic expecting us all to pretend Helen Mirren isn’t 40 years too old to be playing Catherine The Great.

And The One Show’s Matt Baker asking: “Comedy, where did that all start, Romesh?”

When, Matt. Not where. When does that all start?

Prof Tim a wit of all right

RICHARD Madeley has left The Circle and, given the impact he had on the Channel 4 reality show, it would have been understandable if all the interest had gone with him. The fact it hasn’t is largely down to the discovery of a brand new television star. 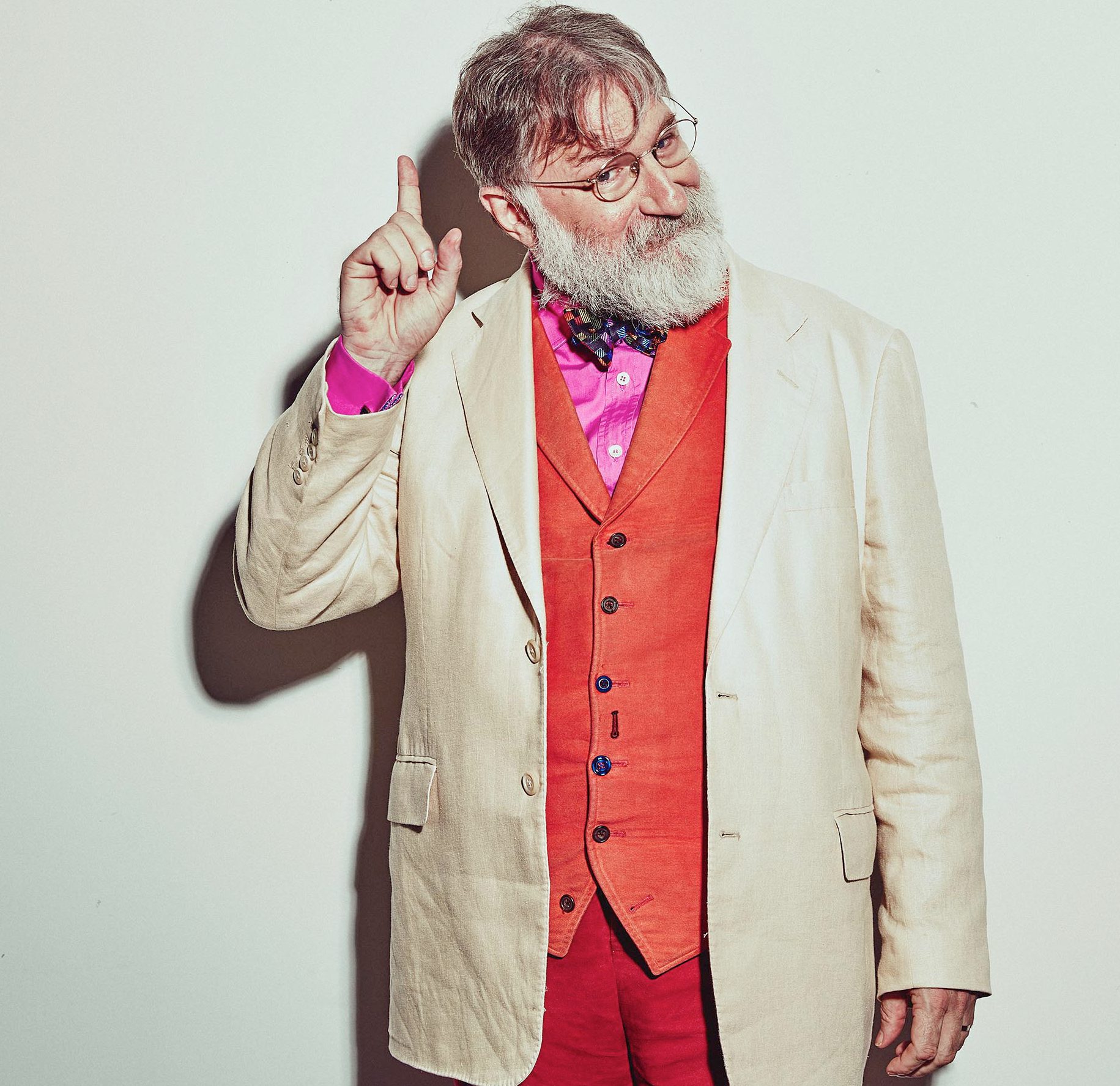 He’s Tim, the show’s 58-year-old theology professor, who, unlike all the millennials in that building hiding their insecurities behind a wall of tattoos and fake identities, is so comfortable in his own skin he works out in the gym wearing a three- piece, while reading a book.

It’s an approach that can trip him up, quite literally, on the running machine. No one, least of all the other contestants, should mistake the most sweet-natured man on telly for a fool, though.

He has sussed out almost everyone else on The Circle, including catfish Katie/Jay, and knows exactly how they will react to his messages before he’s even sent them.

I wouldn’t normally advocate a post-reality show career for any of these fame-chasers. But it’s a performance of such charm and wit that Tim deserves the ultimate Channel 4 accolade. Dictionary Corner. Now.

QUIZ show doughballs of the week shall henceforth be known as “Unexpected Moron in the Bagging Area” for the duration of the Brains Trust operation currently happening on ITV2. 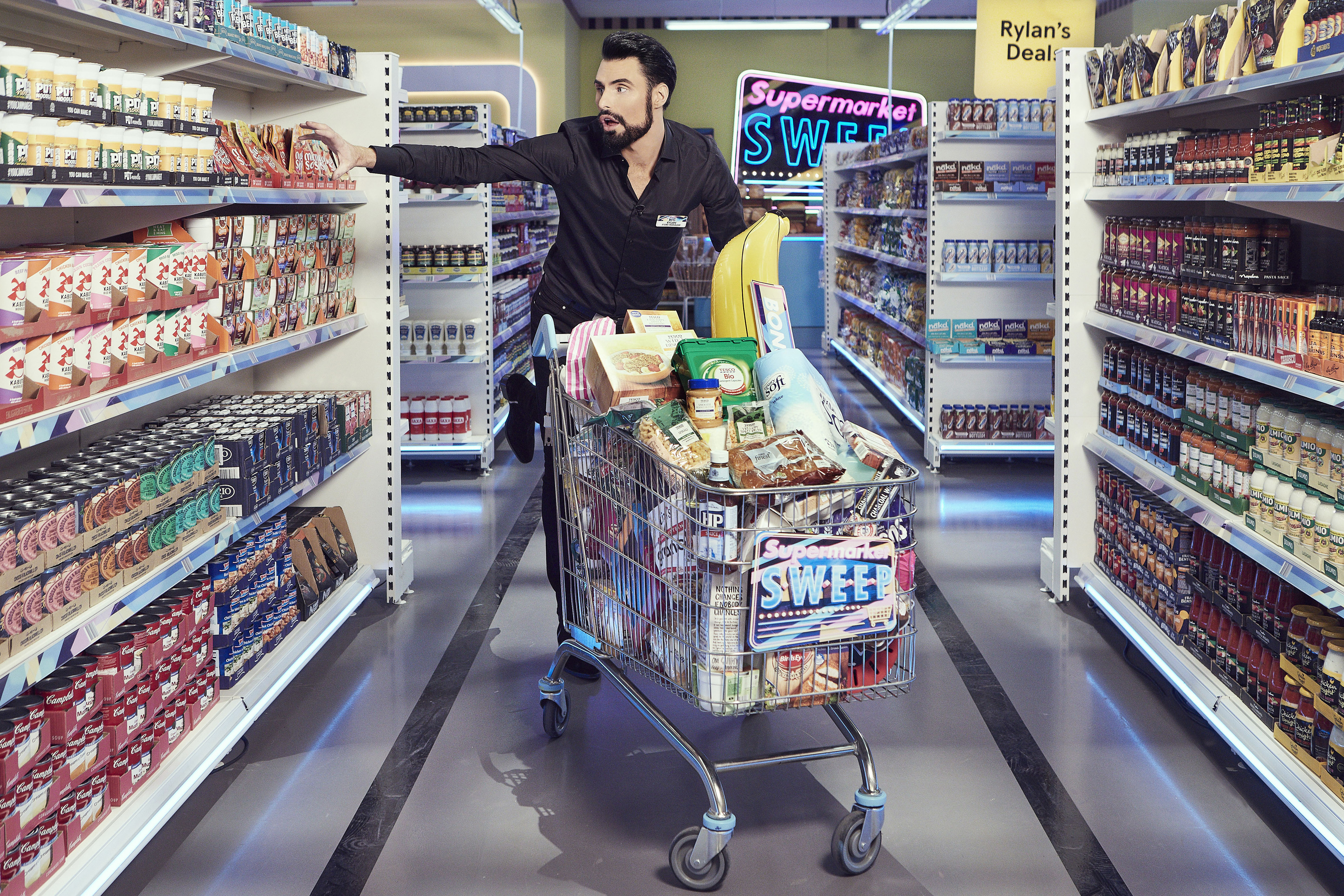 Supermarket Sweep, Rylan Clark-Neal: “In what country would you find Istanbul?”
Ricki: “Germany.”

Rylan: “What sort of animal is Basil Brush?”

Rylan: “Over which part of the body is a fascinator worn?”

And Rylan: “What’s the name of Sherlock Holmes’ sidekick?”

Great TV lies and delusions of the week

Comedians Giving Lectures, Sara Pascoe: “Suzi Ruffell, that was brilliant.”
Loose Women, Carol McGiffin to Lee Ryan: “Seriously, I didn’t realise you were a really good actor.” Seriously?
And The Apprentice, Riyonn Farsad: “I know everything about animals.”
Though, for future reference, elephants are the ones with the draught-excluder noses and big ears.

THIS week’s winner is Phillip Schofield and Beethoven. 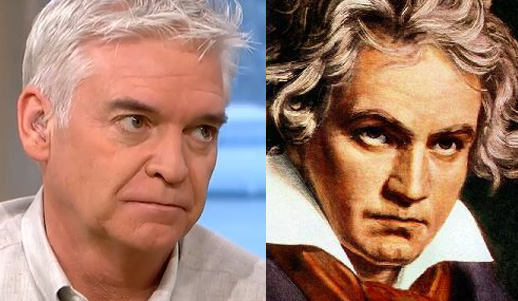 Sent in by Peter Gorman, Gateshead.

QUIZ show doughballs of the week shall henceforth be known as “Unexpected Moron in the Bagging Area” for the duration of the Brains Trust operation currently happening on ITV2.
Supermarket Sweep, Rylan Clark-Neal: “In what country would you find Istanbul?”

Rylan: “What sort of animal is Basil Brush?”

Rylan: “Over which part of the body is a fascinator worn?”Dharmesh: “Chest.”

And Rylan: “What’s the name of Sherlock Holmes’ sidekick?”