An Israeli settler has been killed near an illegal settlement outpost in the northern West Bank. 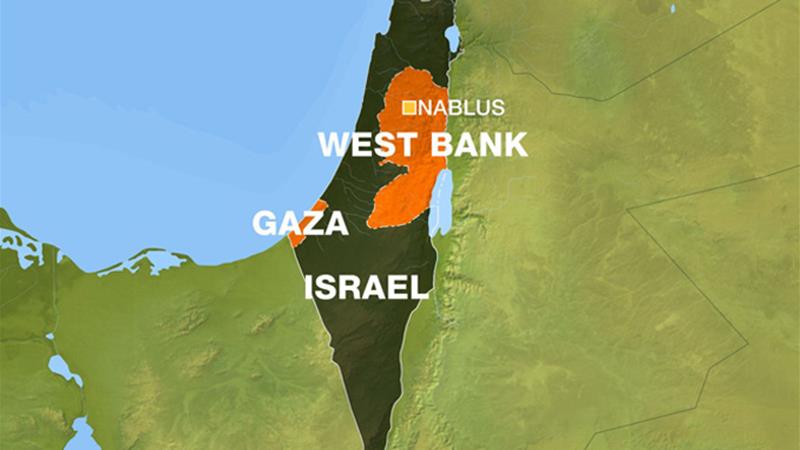 The Israeli army has carried out raids in Palestinian villages near Nablus in the occupied West Bank, following the death of an Israeli settler who was shot in the area.

The shooting incident happened on Tuesday on the main road near the illegal Israeli settlement outpost of Havat Gilad, where the 35-year-old settler, a rabbi, resided.

He later died of his wounds in a hospital near Tel Aviv, Israeli media reported.

Al Jazeera’s Harry Fawcett, reporting from Jerusalem, said the Israeli army declared the area to the southwest of Nablus a military zone and raided the Palestinian villages of Tell and Sarra.

There were reports of clashes in the villages, Fawcett said, and Israeli settlers were seen throwing stones in the direction of Palestinian cars.

“After some confrontations, the Israeli forces then withdrew to the entrances of those Palestinian villages,” said Fawcett.

“They also went into Palestinian neighbourhoods in the west of Nablus, confiscating security cameras – there were more confrontations with Palestinians there, as well,” he added.

The Israeli army said that troops were searching the Nablus area for the suspected attacker or attackers.

Established in 2002, the settlement outpost of Havat Gilad is considered illegal under both Israeli and international law.

Israeli settlements violate the Fourth Geneva Convention, which states that an occupying power cannot transfer its population into the territory it occupies.

Fawcett said there are a number of illegal settlements and outposts in the area around Nablus, a major town in the occupied West Bank.

“So, it has long been a centre of tension between Palestinians and Israeli settlers,” he said.

“Declaring the area a military zone essentially means that the Israeli army has reinforced its positions around there, and it can populate and build up checkpoints with great ease.”

Hamas, in the Gaza Strip, welcomed the shooting.

“The operation in Nablus is the first armed response to remind the enemy leaders and those behind them that what they are afraid of is coming,” its armed wing said in a statement.

Israeli Prime Minister Benjamin Netanyahu offered his condolences to the family of the settler via Twitter.