Israel says it has destroyed tunnels crossing into its territory after claims of discovering five of them this month. 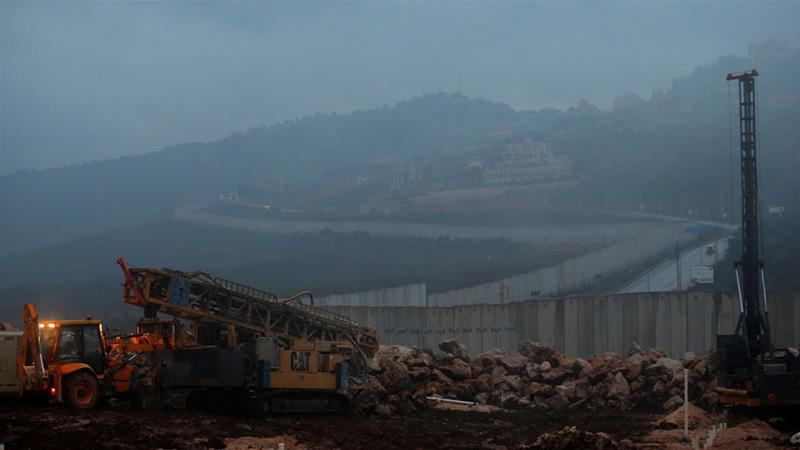 The Israeli army says it has destroyed another cross-border tunnel, which it claims was built by the Lebanese armed group Hezbollah.

A video released by the Israelis on Wednesday showed an officer shouting across the border and warning residents of the Lebanese village of Ayta ash-Shab that they were in danger and to stand far away.

The video then shows a countdown before a soldier pushes a button and aerial footage of a powerful explosion.

Israel announced the discovery of the tunnels – five in total –  earlier in December. It said Hezbollah planned to use these tunnels in the event of a war to conduct attacks in Israel.

The Israelis have not specified the number of tunnels destroyed so far.

The Lebanese armed group has not commented on the discovery.

On December 17, the UN’s Interim Forces in Lebanon (UNIFIL) said the tunnels violated a ceasefire agreement that ended the 2006 war.

“These [tunnels] constitute violations of the UN Security Council Resolution 1701,” the peacekeeping force said in a statement at the time, referring to the agreement that ended the 34-day war between Israel and Hezbollah.

Lebanese authorities have vowed to abide by the ceasefire terms with Prime Minister Saad al-Hariri saying the Lebanese army would conduct patrols to deal “with any flaw in the implementation” of the truce.

Israel and Hezbollah, who are technically still at war, have avoided any major conflict at the border since 2006, though Israel has mounted attacks in Syria targeting what it said were advanced weapon deliveries to the group.

President Michel Aoun, a political ally of Hezbollah, said in early December that he did not see in Israel’s military operation a threat to peace, adding Beirut was ready to “remove the causes of the dispute”, without adding any further information.