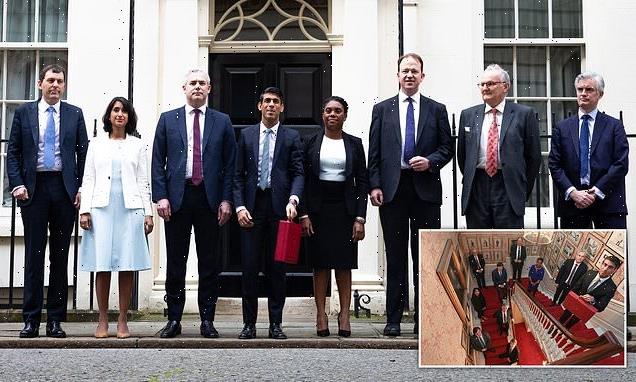 Boris Johnson likes to appoint men of stature to the Treasury.

But it’s not the size of their character that appeals to the Prime Minister, but their physical presence, one observer has claimed.

A senior MP says that the PM is deliberately appointing tall Ministers to annoy his image-conscious Chancellor, who stands just 5ft 6in tall. 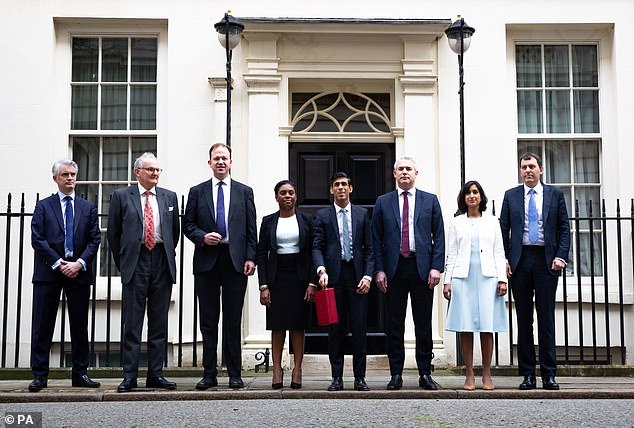 The 37-year-old Teessider is one of the tallest MPs in the Commons, and joins a No 11 team that also includes Economic Secretary John Glen, another MP who towers over 6ft.

Other recent Treasury appointees have included Stephen Barclay and Jesse Norman, another two of the tallest Parliamentarians, although both have now moved on.

The MP said Mr Johnson – who is 5ft 10in – is deliberately playing on Rishi Sunak’s ‘insecurity’ over his height and making the Chancellor, who is regularly touted as his successor for the Tory leadership, look shorter in photographs.

The Chancellor has used clever visual tricks when pictured with his ministerial team – most famously his pre-Budget photograph at the top of the staircase in Downing Street with his taller Ministers below him, making them appear smaller. 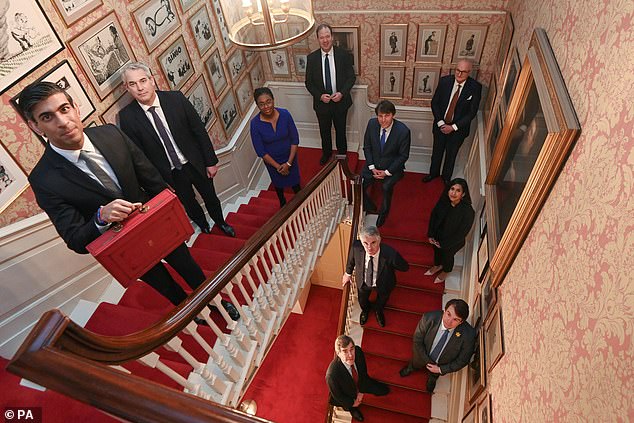 Mr Sunak is also noted for wearing shortened trouser hems in his £1,300 tailored suits, which can make him appear taller.

Allies of Mr Sunak said he does not have any insecurity over his height and that photoshoots that make him look taller are masterminded by his advisers.

Meanwhile, a Tory MP said Mr Sunak should only worry about the size of his tax bills: ‘He can’t keep saying he is a low-tax Chancellor and keep raising taxes all the time.’

Indeed height is no bar to leadership: Mr Johnson’s hero, Winston Churchill, was just 5ft 5in.