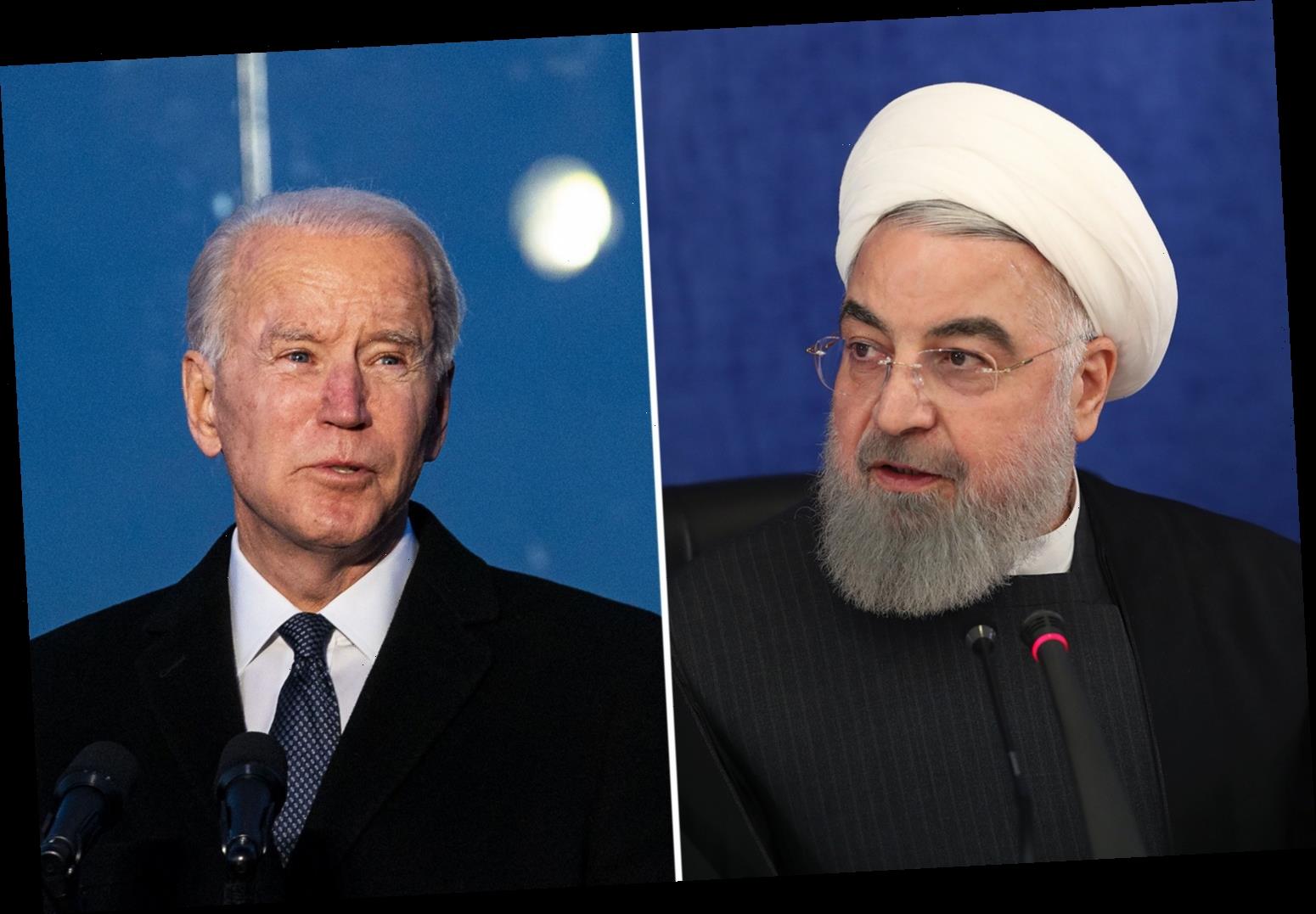 IRAN’S president has told Joe Biden that the “ball is in your court” over the nuclear deal. 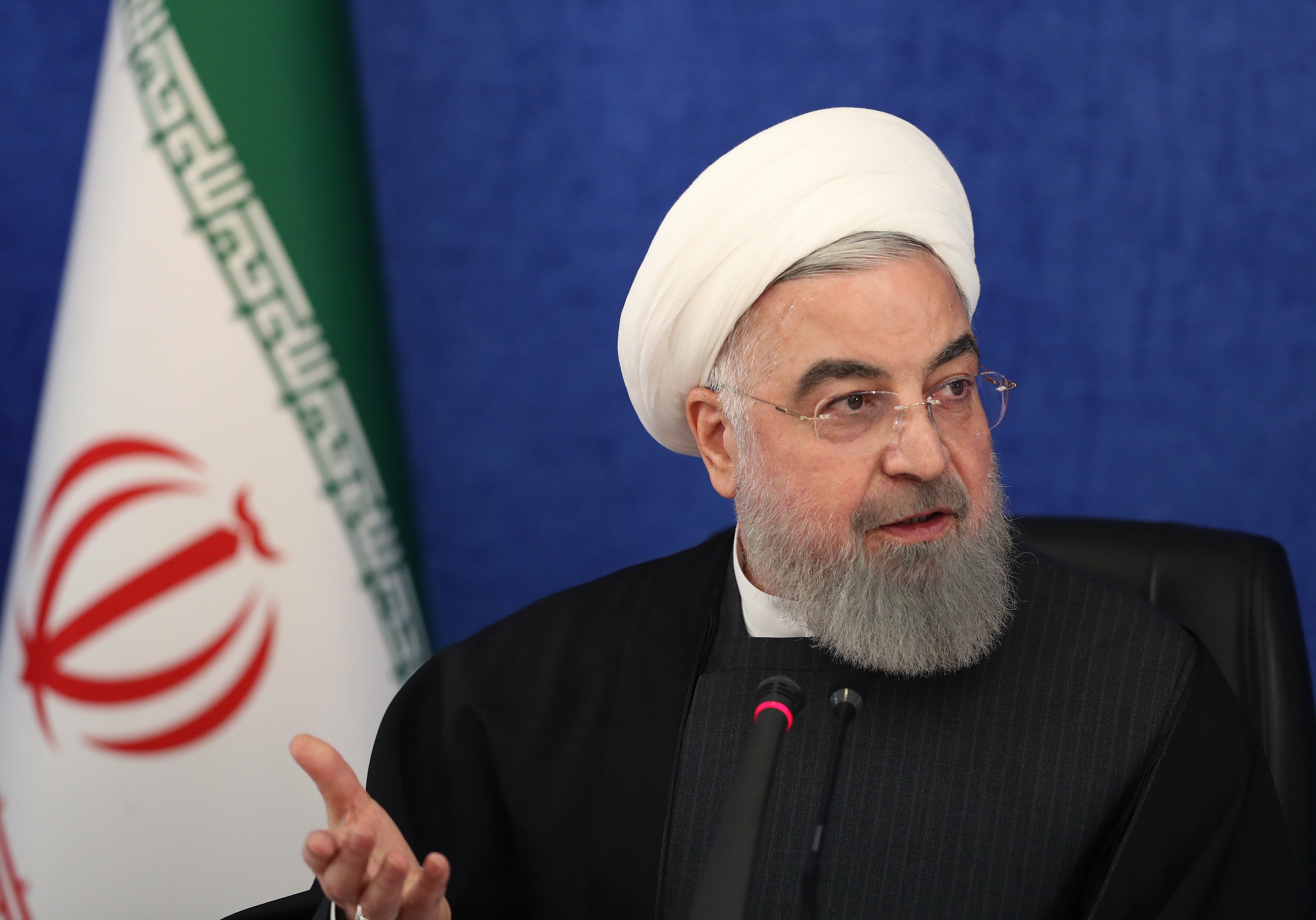 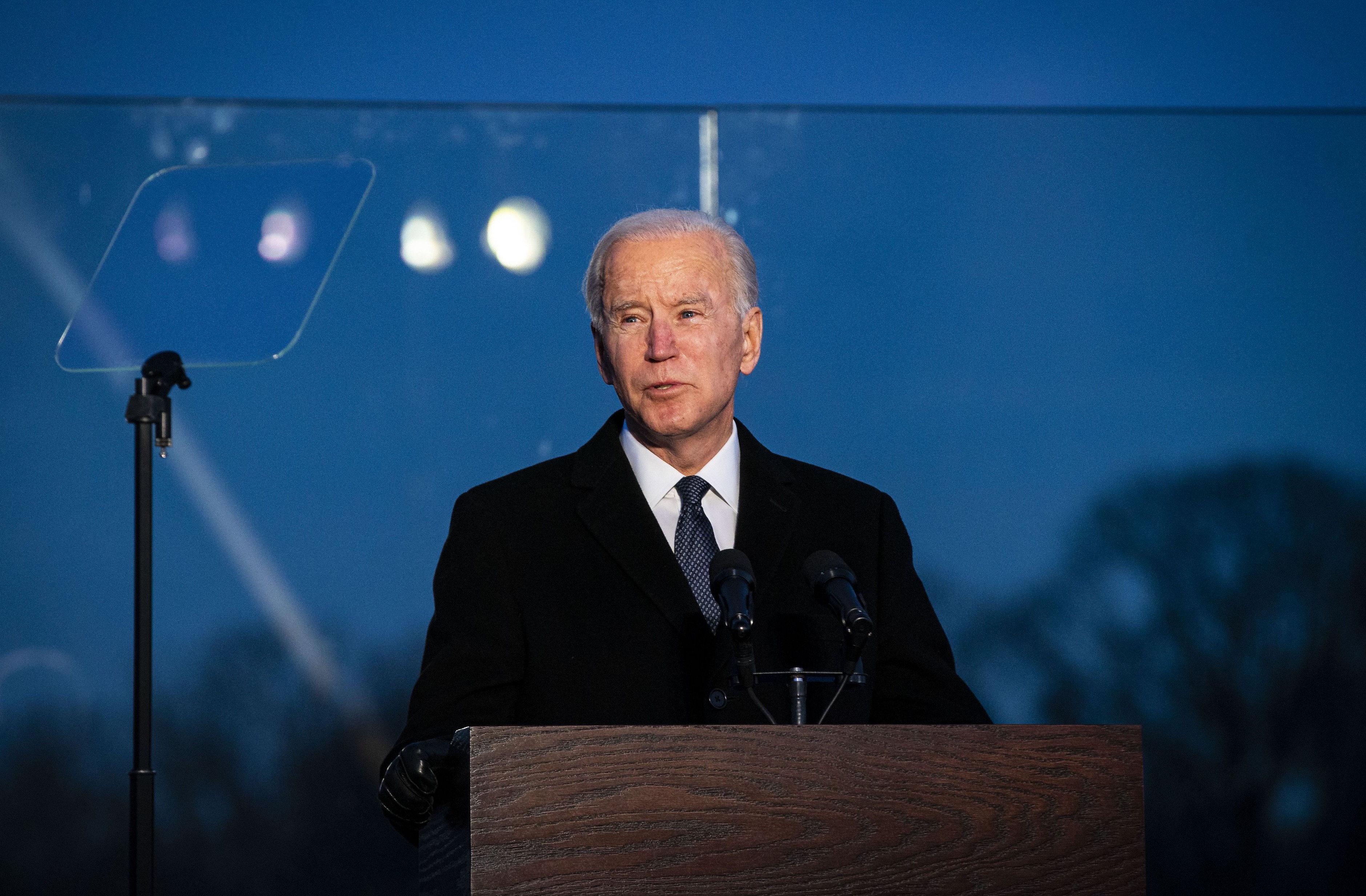 Biden has said the United States will rejoin the pact, which includes restrictions on Iran’s nuclear work, if Tehran resumes strict compliance.

The Iran nuclear deal was meant to restrict Iran to developing a peaceful nuclear capability in return for sanctions being lifted.

But it was torn up by President Donald Trump in 2018, who argued it was one-sided and didn’t cover Iran’s ballistic missile development or its destabilising behaviour in the Middle East.

In a televised cabinet meeting, Rouhani welcomed the end of “tyrant” Trump’s era.

“The ball is in the U.S. court now. If Washington returns to Iran’s 2015 nuclear deal, we will also fully respect our commitments under the pact.

“Today, we expect the incoming U.S. administration to return to the rule of law and commit themselves, and if they can, in the next four years, to remove all the black spots of the previous four years."

Biden appears to see a return to the deal as a prelude to wider talks on Iran’s nuclear work, its ballistic missiles and regional activities.

Deal or no deal – What was the 2015 Iran nuclear agreement and what has happened to it?

BROKERED by the Obama White House and signed by seven world powers, the Iran nuclear deal aimed to reduce the country’s ability to produce nuclear weapons.

However, Donald Trump withdrew the US from the deal – branding it "horrible" and "one-sided".

Iran has also pledged to breach the agreement until it receives the sanctions relief it says it is owed.

The deal was an agreement between the Islamic Republic and a group of world powers aimed at scrapping the Middle Eastern country's nuclear weapons programme.

It saw Iran agree to eliminate its stockpile of medium-enriched uranium by 98 per cent.

Enriched uranium is a critical component for making nuclear weapons and in nuclear power stations and by curbing the amount Iran produce is a way to curb the number of weapons produced.

As part of the agreement, Iran also agreed to only enrich their uranium up to 3.67 per cent over the next 15 years and they agreed to reduce their gas centrifuges for 13 years.

Gas centrifuges are used to separate different types of uranium which allows specific types to then be used to manufacture nuclear weapons or generators.

In addition, they were barred from building any more heavy-water faculties – a type of nuclear reactor which uses heavy water (deuterium oxide) as a coolant to maintain temperatures in the reactor.

Also under the agreement, the International Atomic Energy Agency was granted regular access to all Iranian nuclear facilities to ensure Iran maintains the deal.

If Iran abided by the deal it was promised relief from the US, European Union, and the United Nations Security Council on all nuclear-related economic sanctions.

The agreement was reached on July 14, 2015, and the world powers signed it in Vienna.

At the end of last year satellite photos showed Iran was ramping up of its capability.

The work came in the wake of it vowing to revenge the killing of nuclear scientist Mohsen Fakhrizadeh, who died in a bomb and gun attack near the capital Tehran.

It also stepped up production of material that can be used for nuclear weapons at a site Donald Trump was reportedly talked out of attacking.

Tehran has ruled out halting its missile programme or changing its regional policy.

Biden’s choice to lead the Pentagon, retired Army General Lloyd Austin, said on Tuesday that Iran posed a threat to American allies in the region and forces stationed in the Middle East. 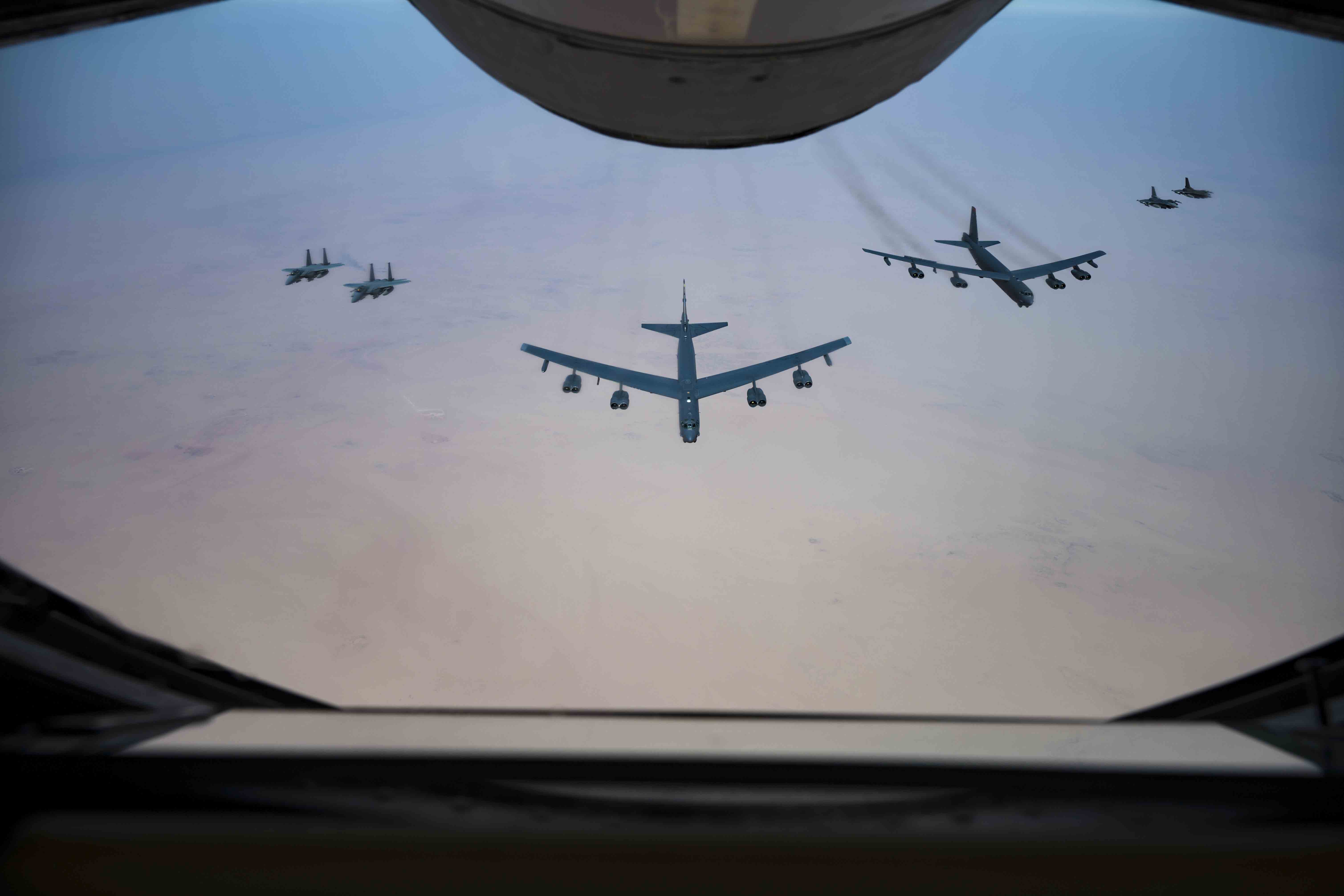 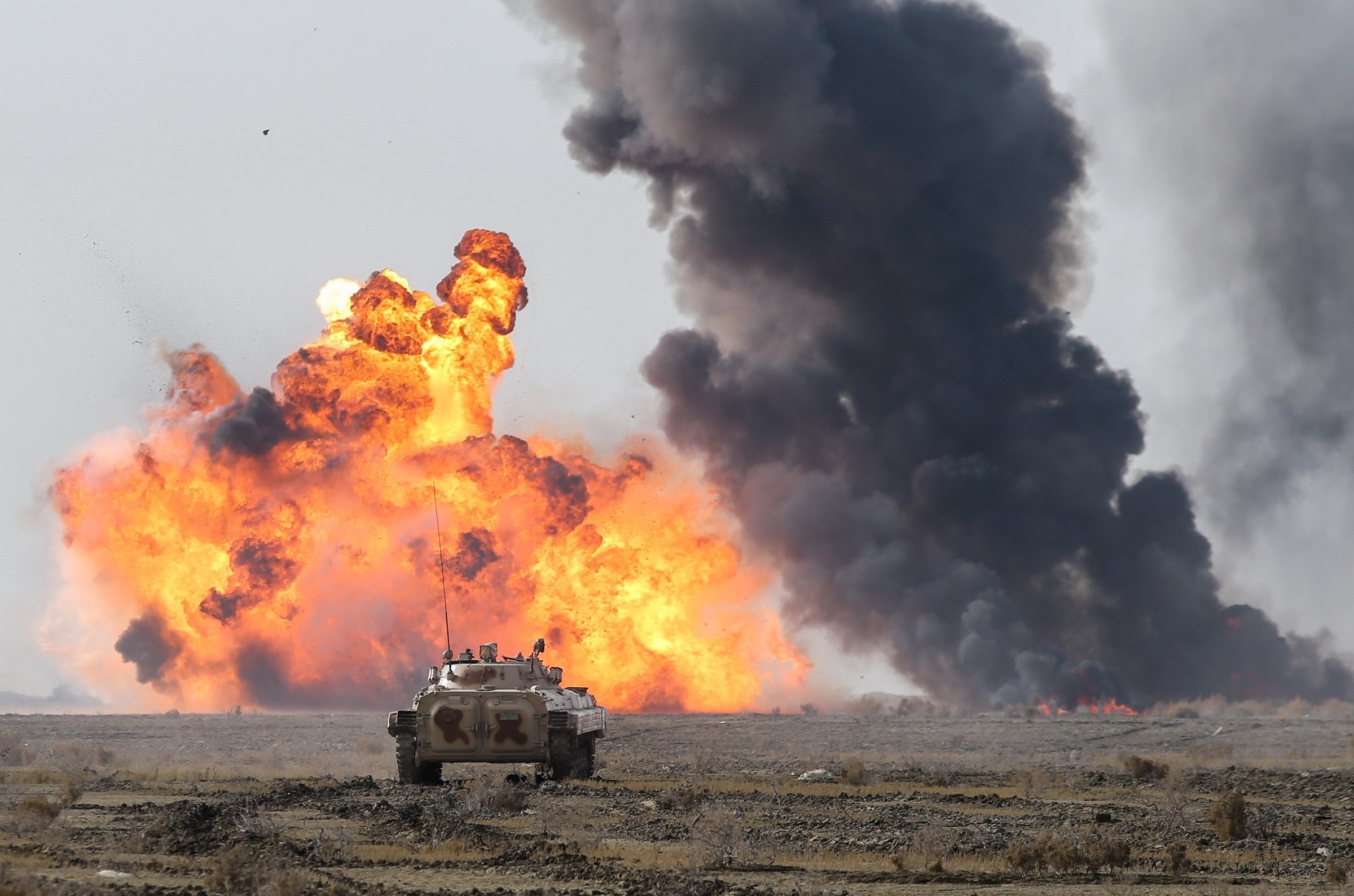 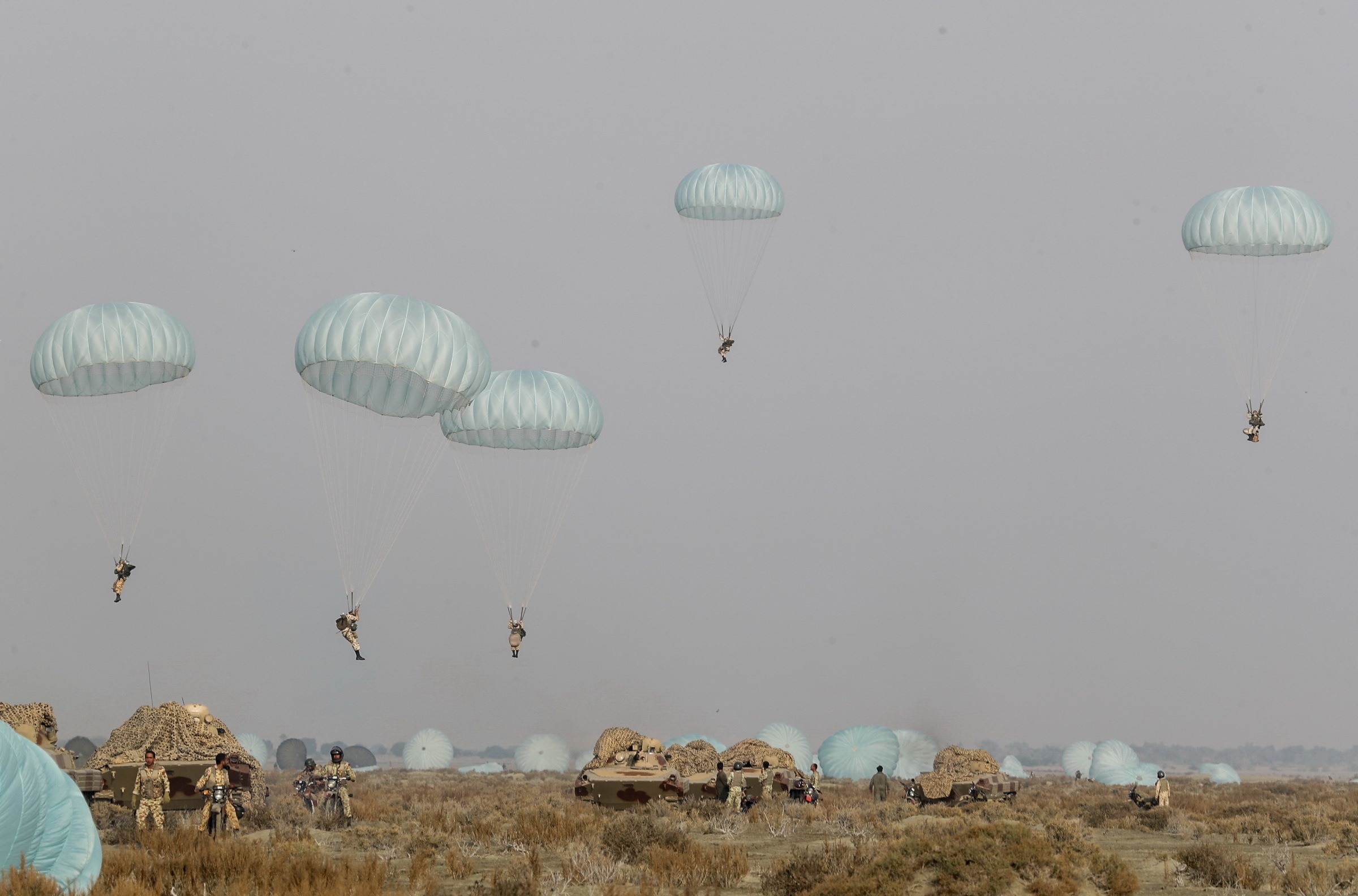 It comes as Iran put on a dramatic display of its naval strength using cruise missiles and torpedoes to blow up ships in drills aimed at warning off "encroaching enemies".

Iran fired the cruise missiles and torpedoes as part of a naval drill in the Gulf of Oman, Press TV reported.

It also promised to "crush its aggressors" after US B-52H Stratofortress bombers flew over the Middle East in a show of military strength.

The country has been flexing its naval muscles this week, showcasing a pair of new warships during the two-day exercise, codenamed Naval Strength 99.

US and Iran – a troubled history

“The enemies should know that in the event of any violation and encroachment on the maritime borders of the Islamic Republic of Iran, they will be targeted with cruise missiles from the coast and the sea,” Admiral Kaviani warned.

Relations between Washington and Tehran plunged to new lows as Trumpreportedly mulled over whether he should attack Iran before Joe Biden takes over as president.

The "presence patrol" mission took place just a day after two Iranian missiles reportedly landed within 100 miles of a US aircraft strike group in the northern Indian Ocean.

It is the fifth time in recent months the US has flown similar missions as tensions between Washington and Tehran continue to escalate. 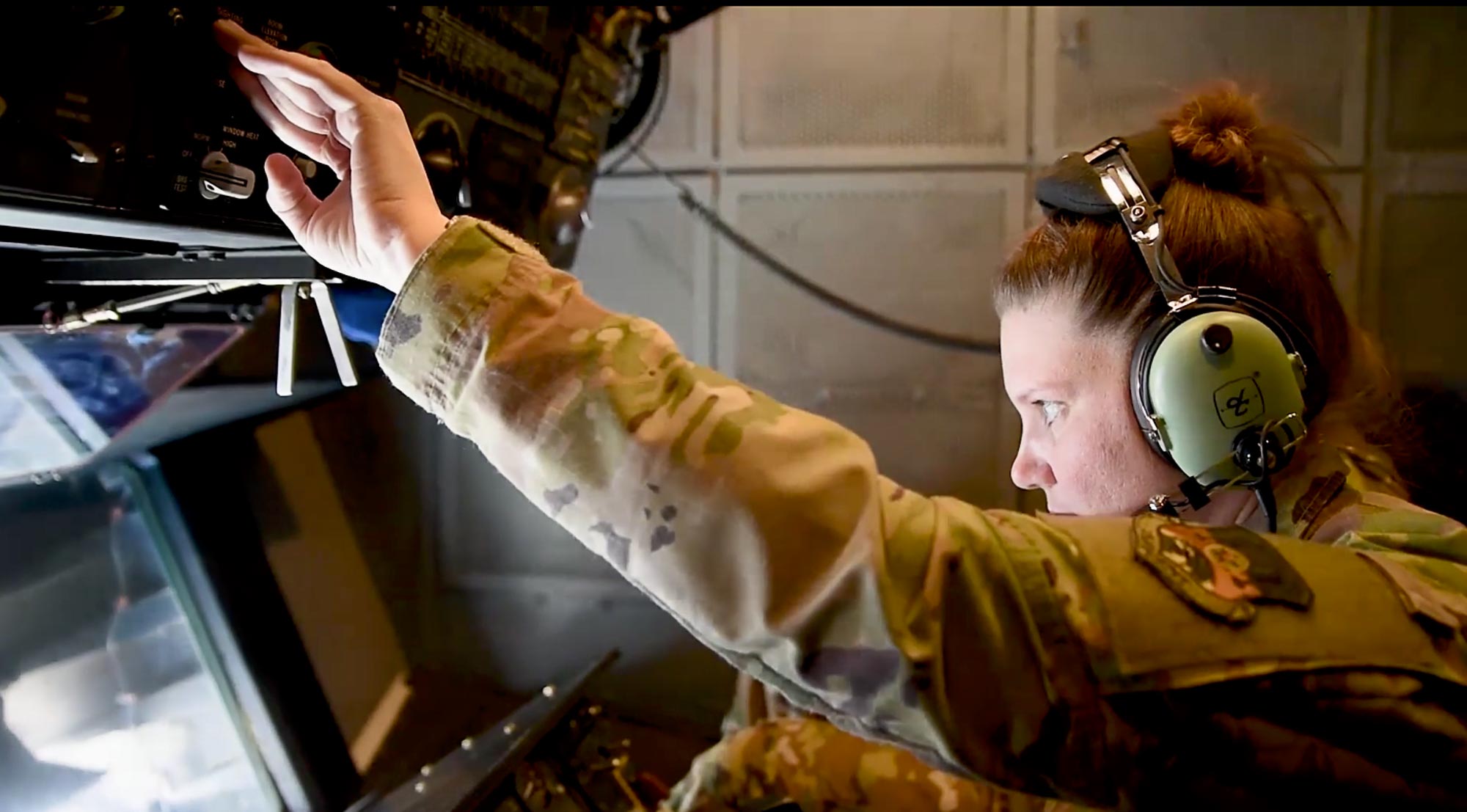 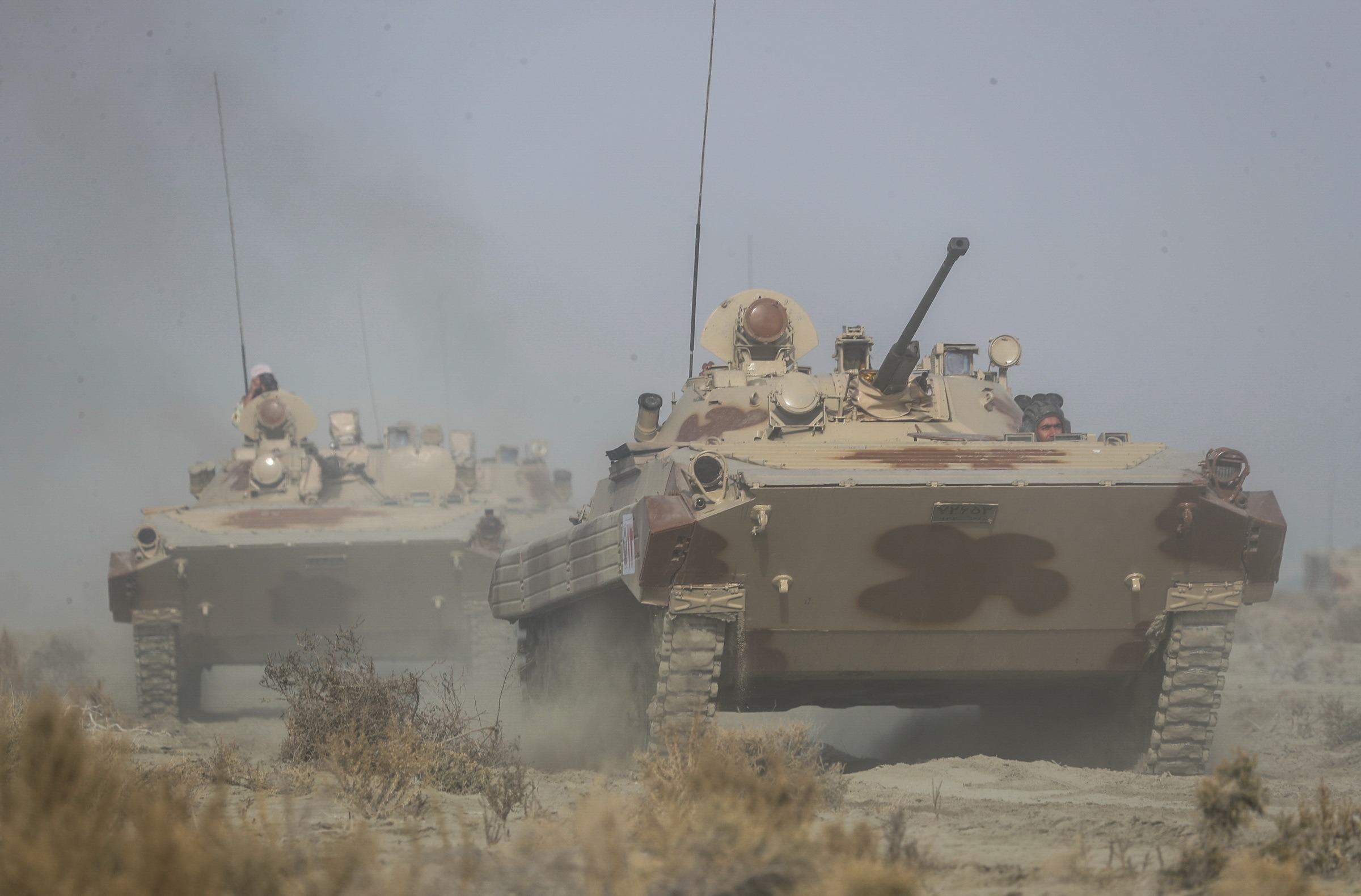 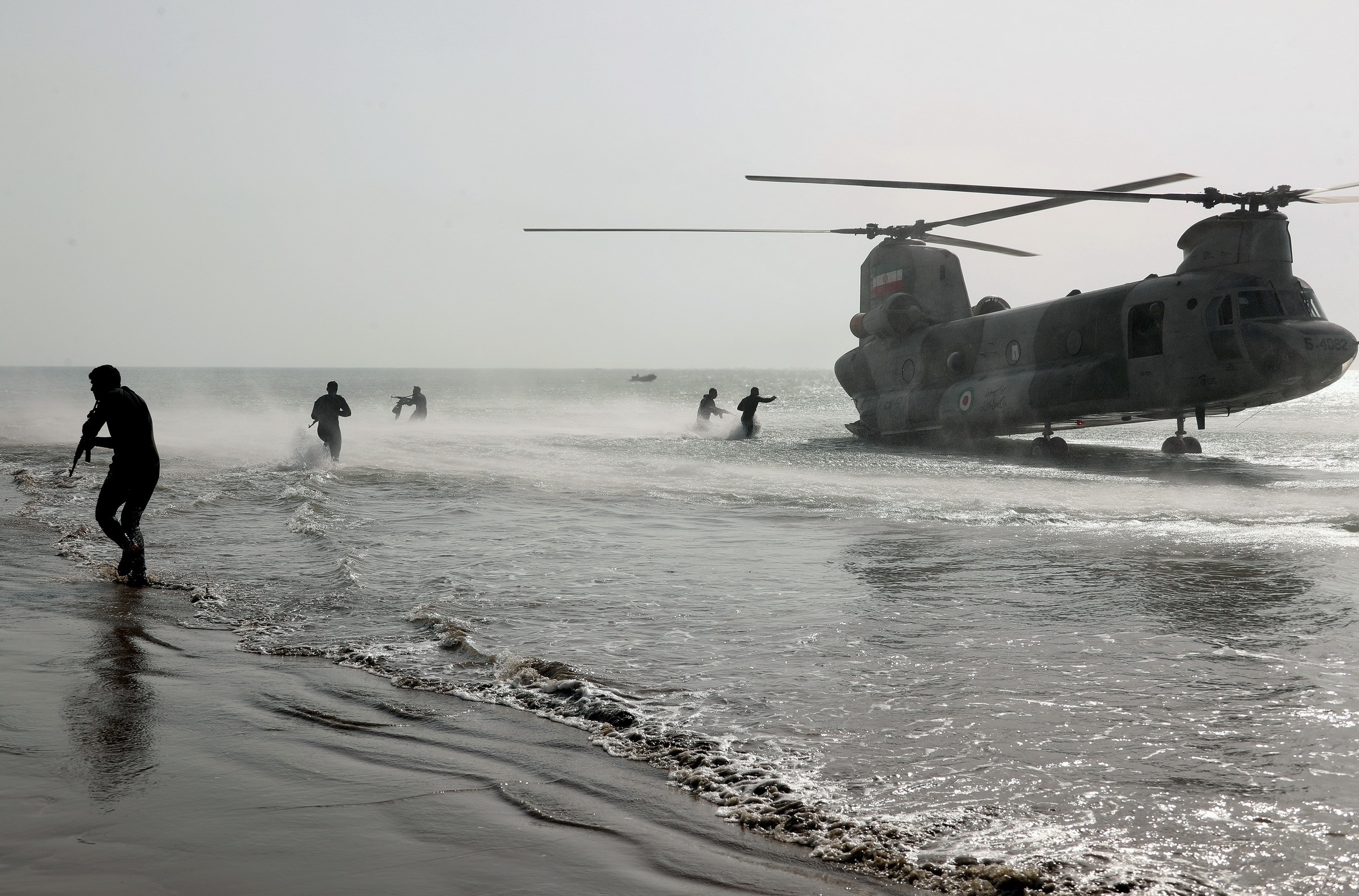 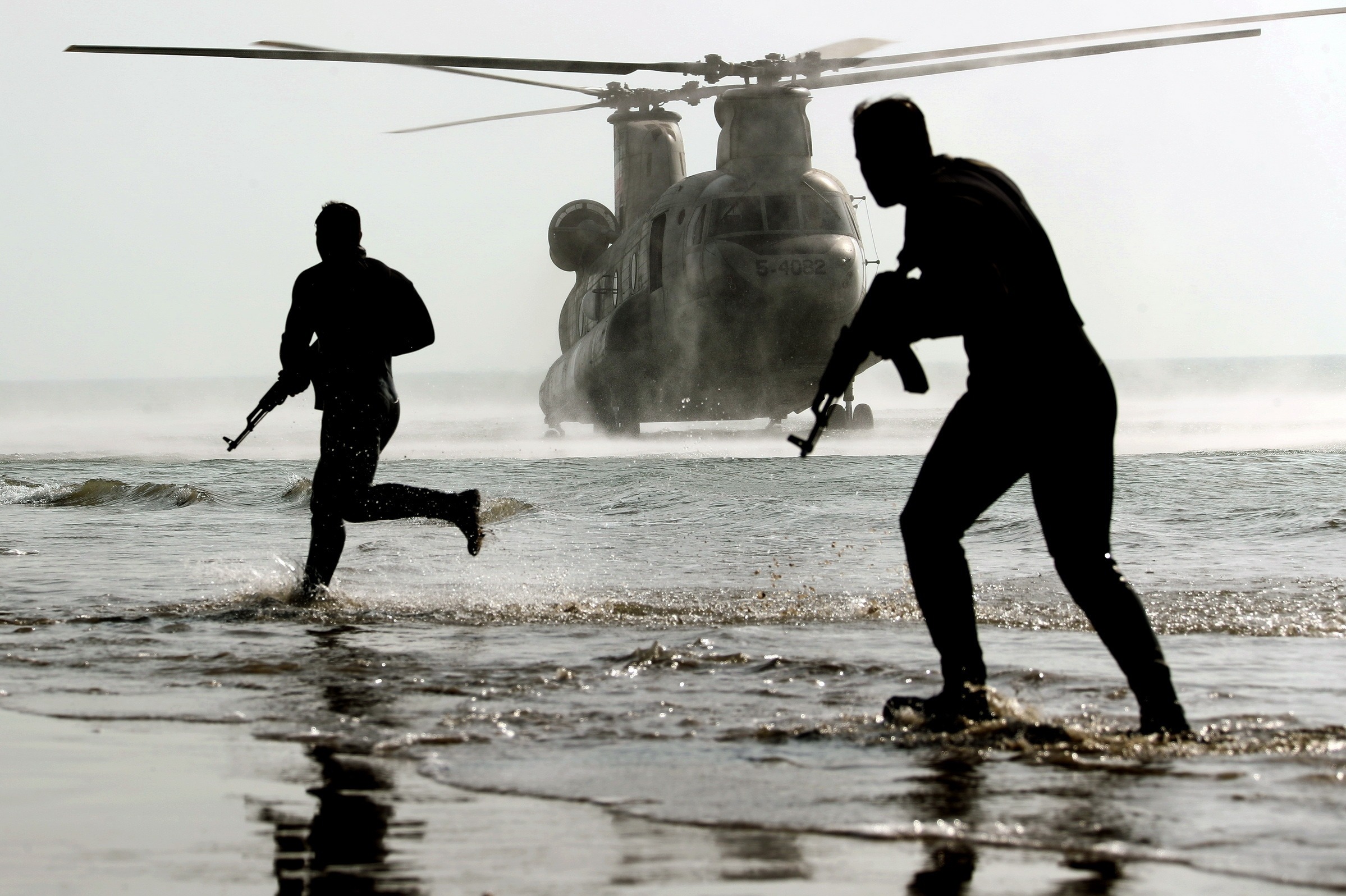 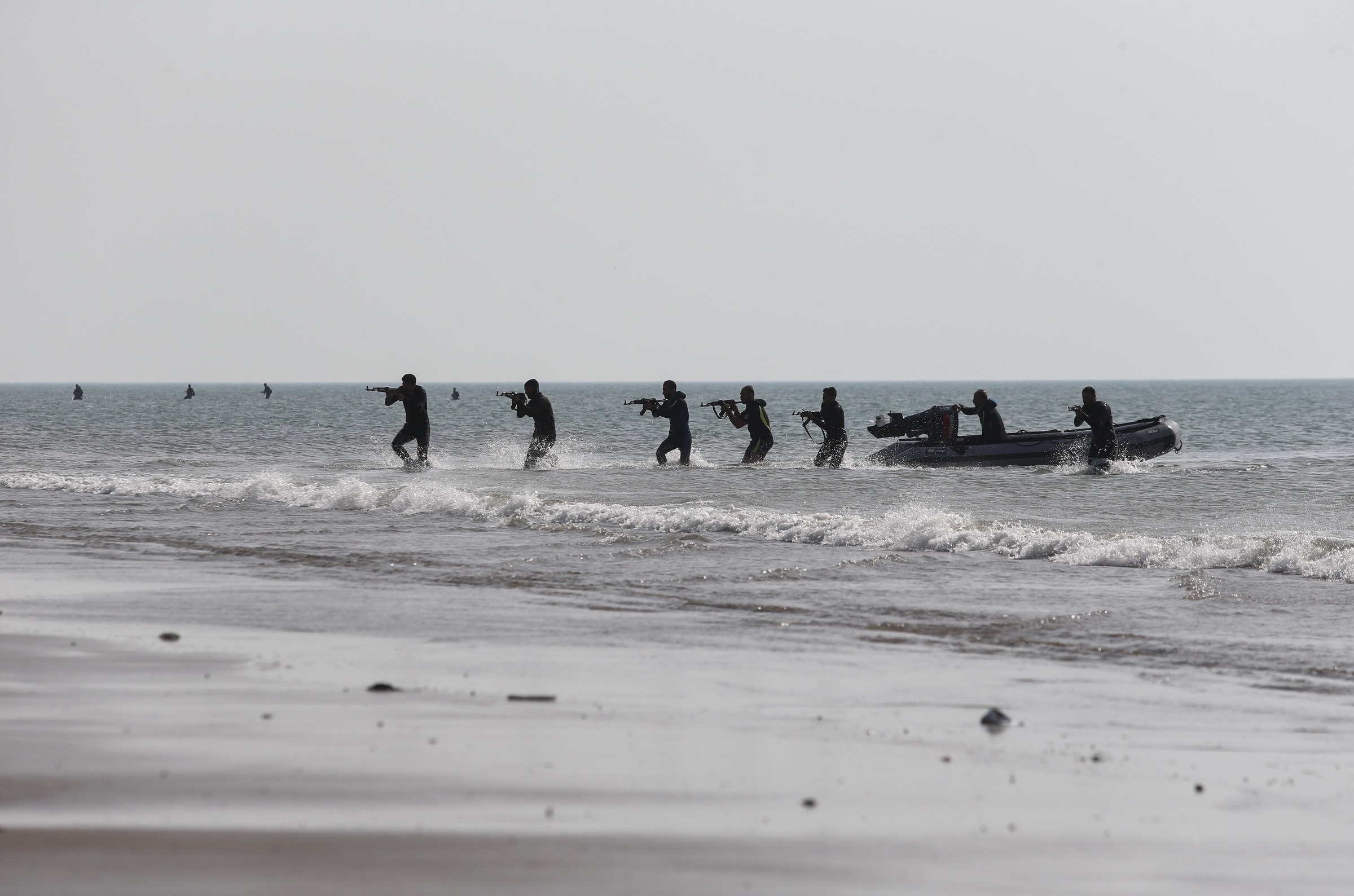 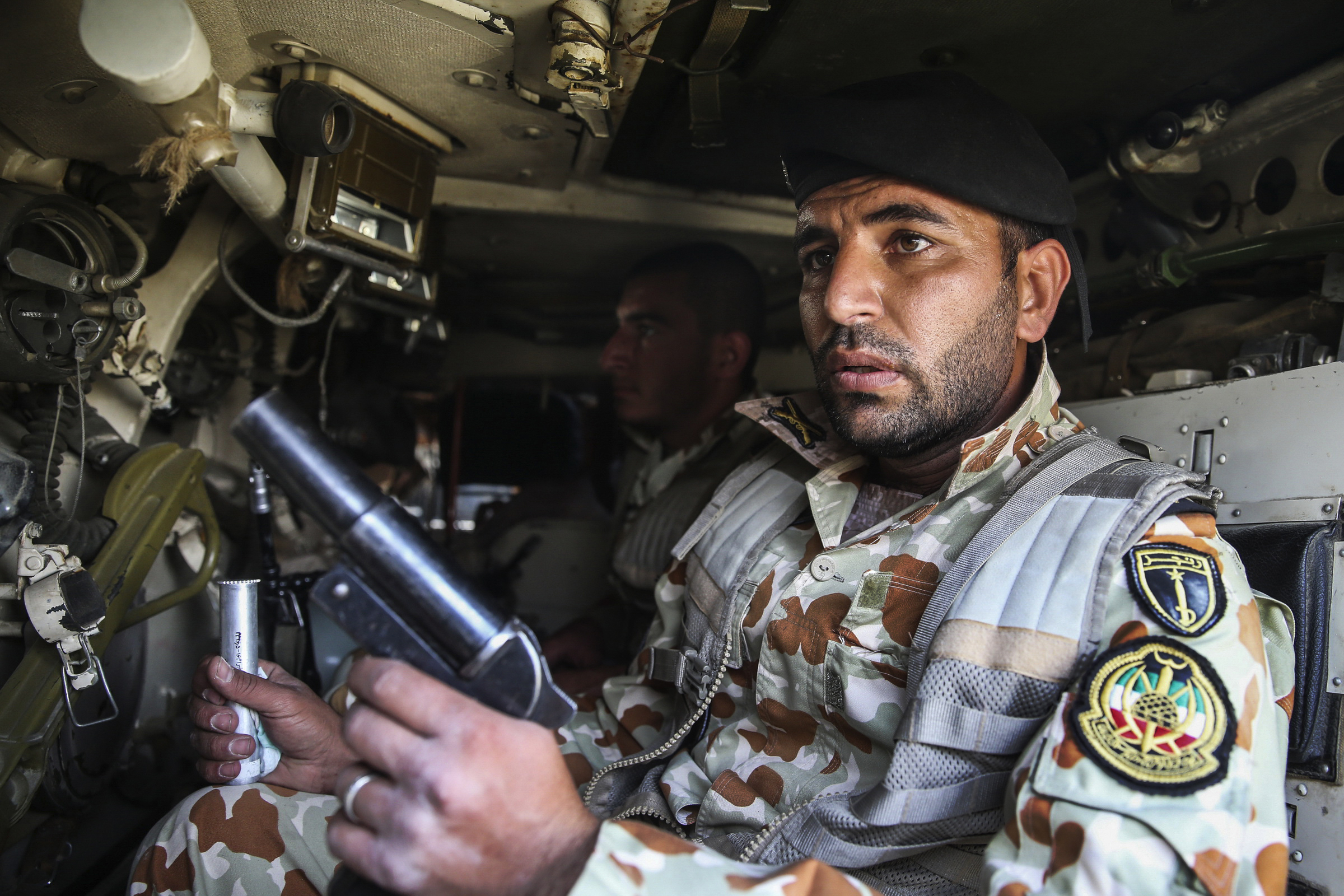 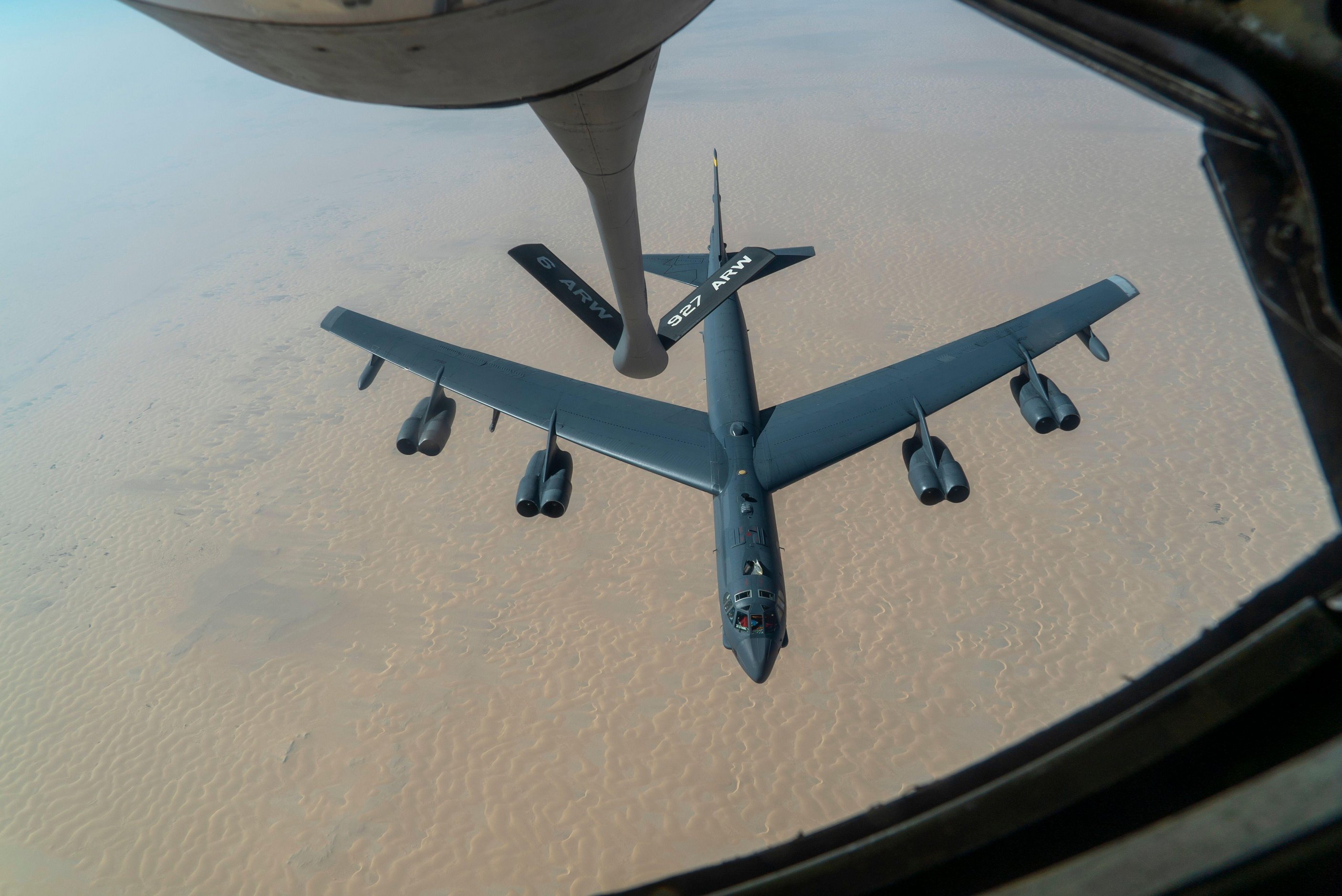 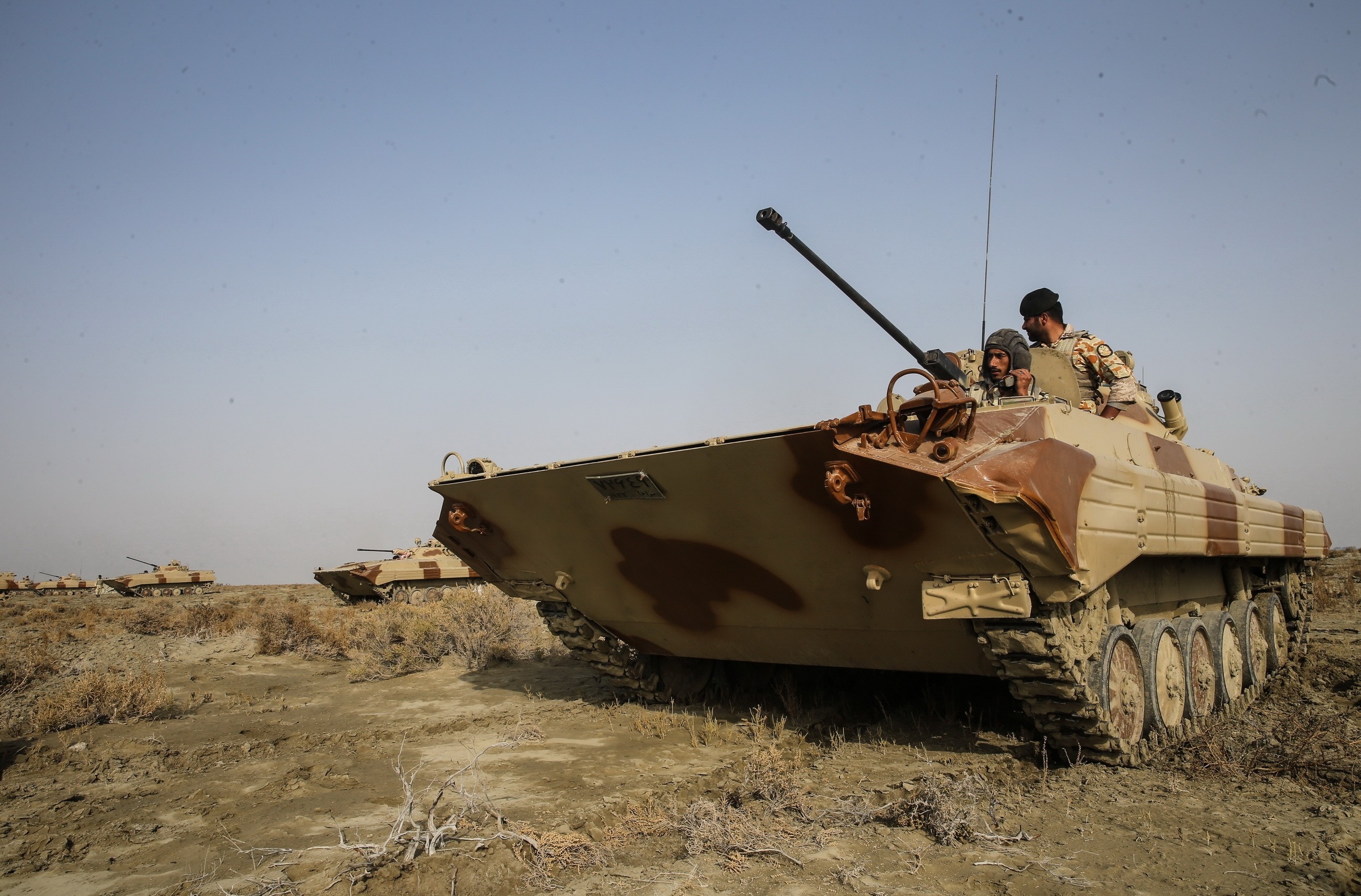 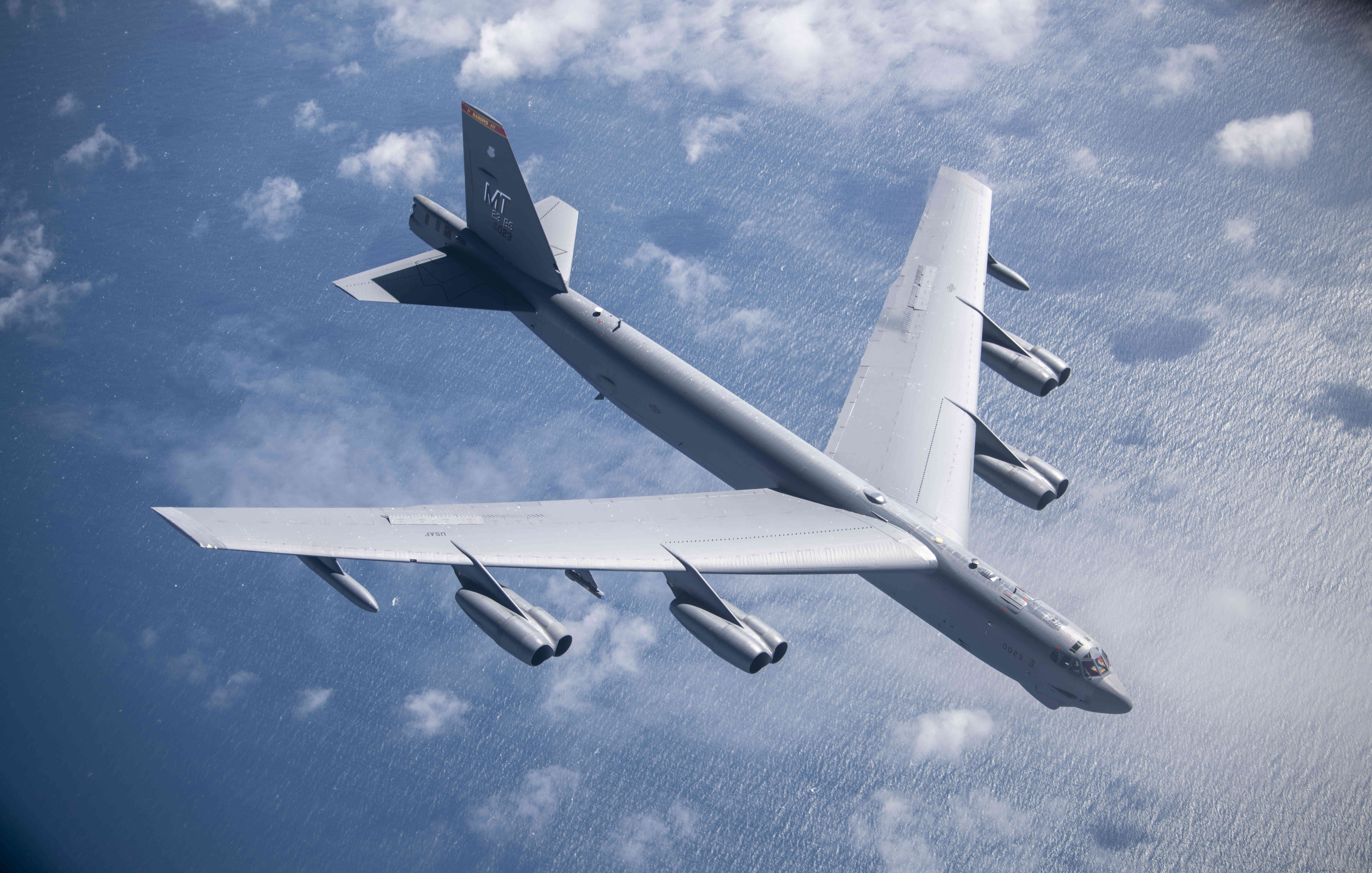 B-52 Stratofortress planes are at the heart of the US military’s global strike capabilities. 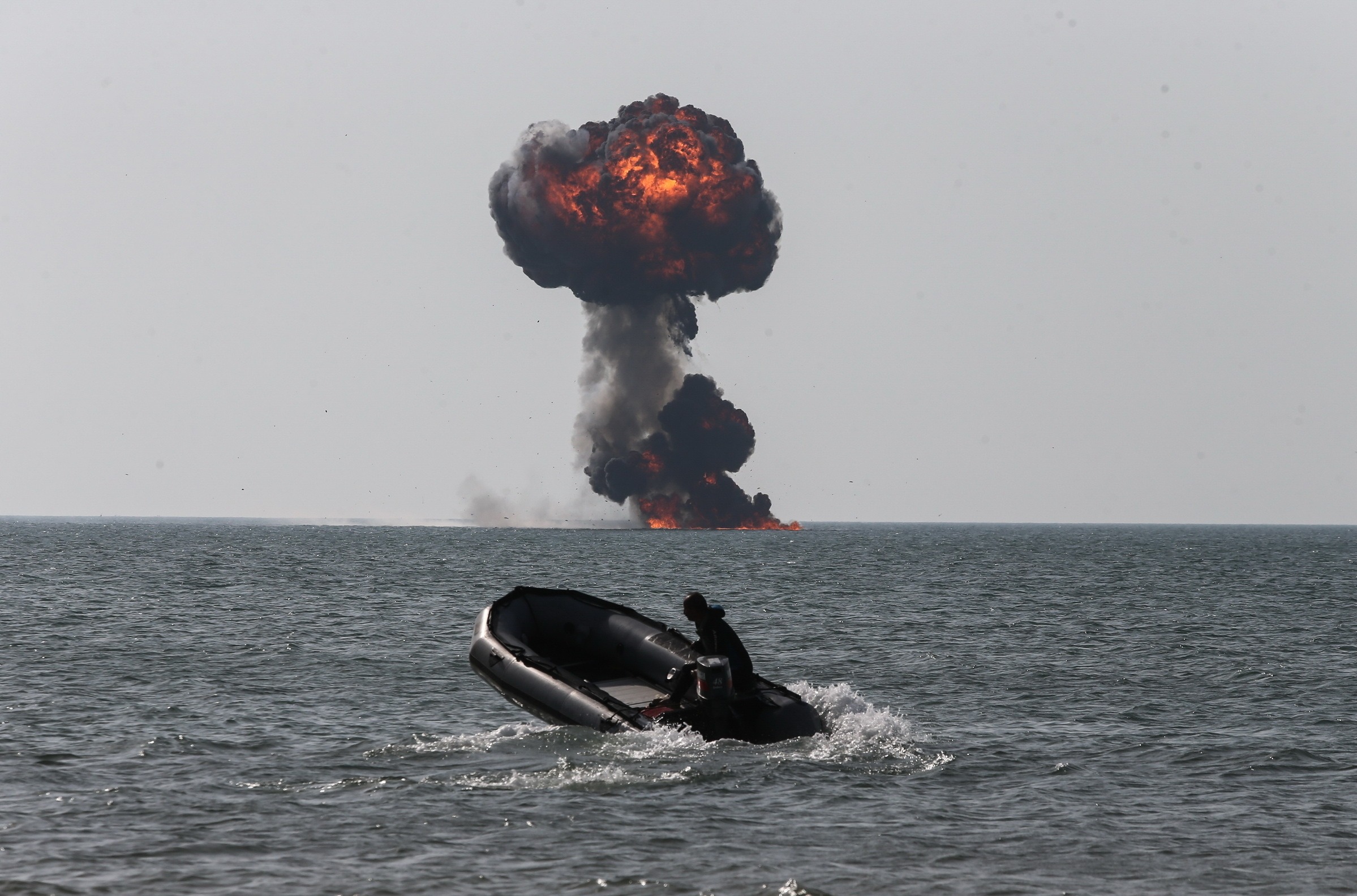 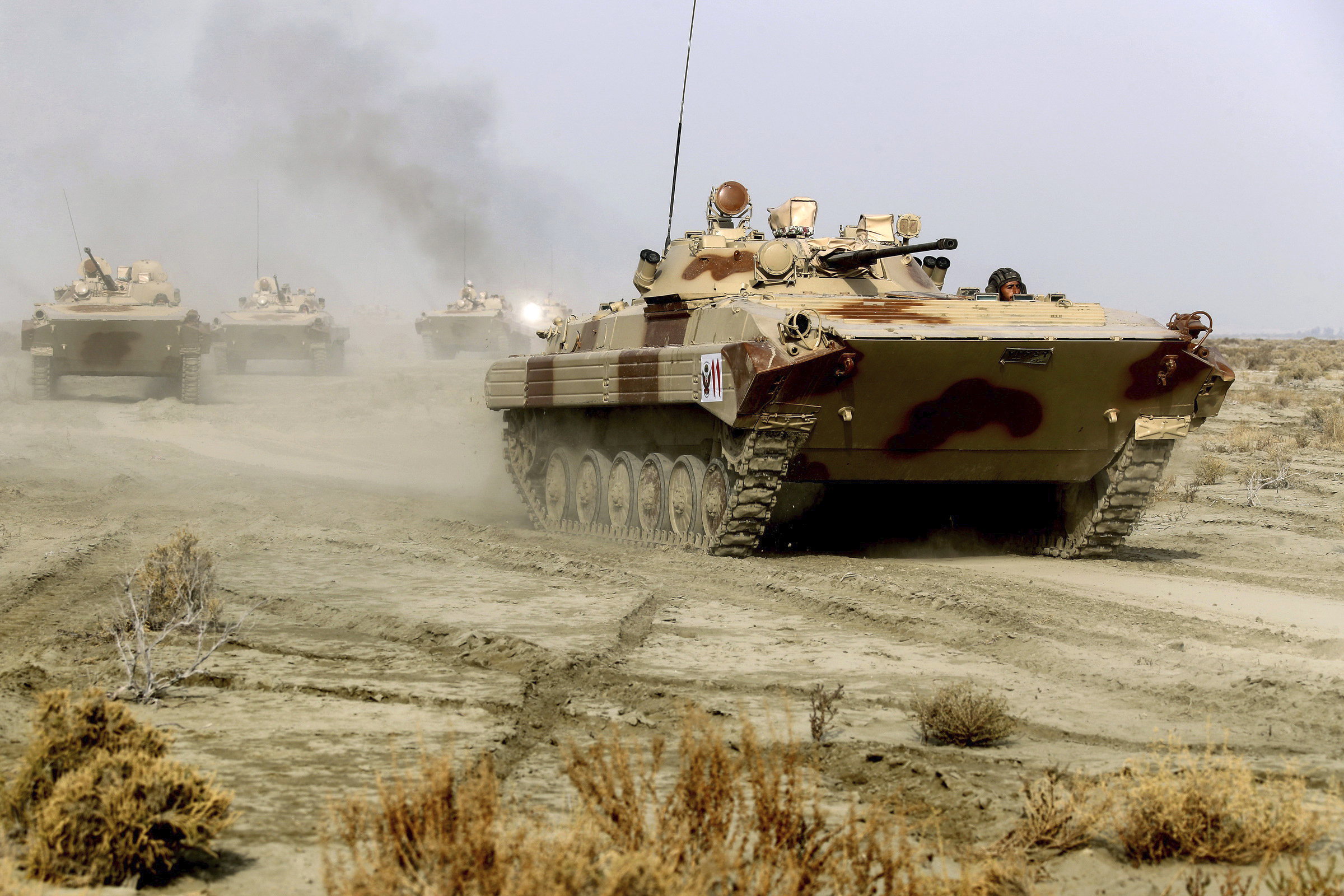 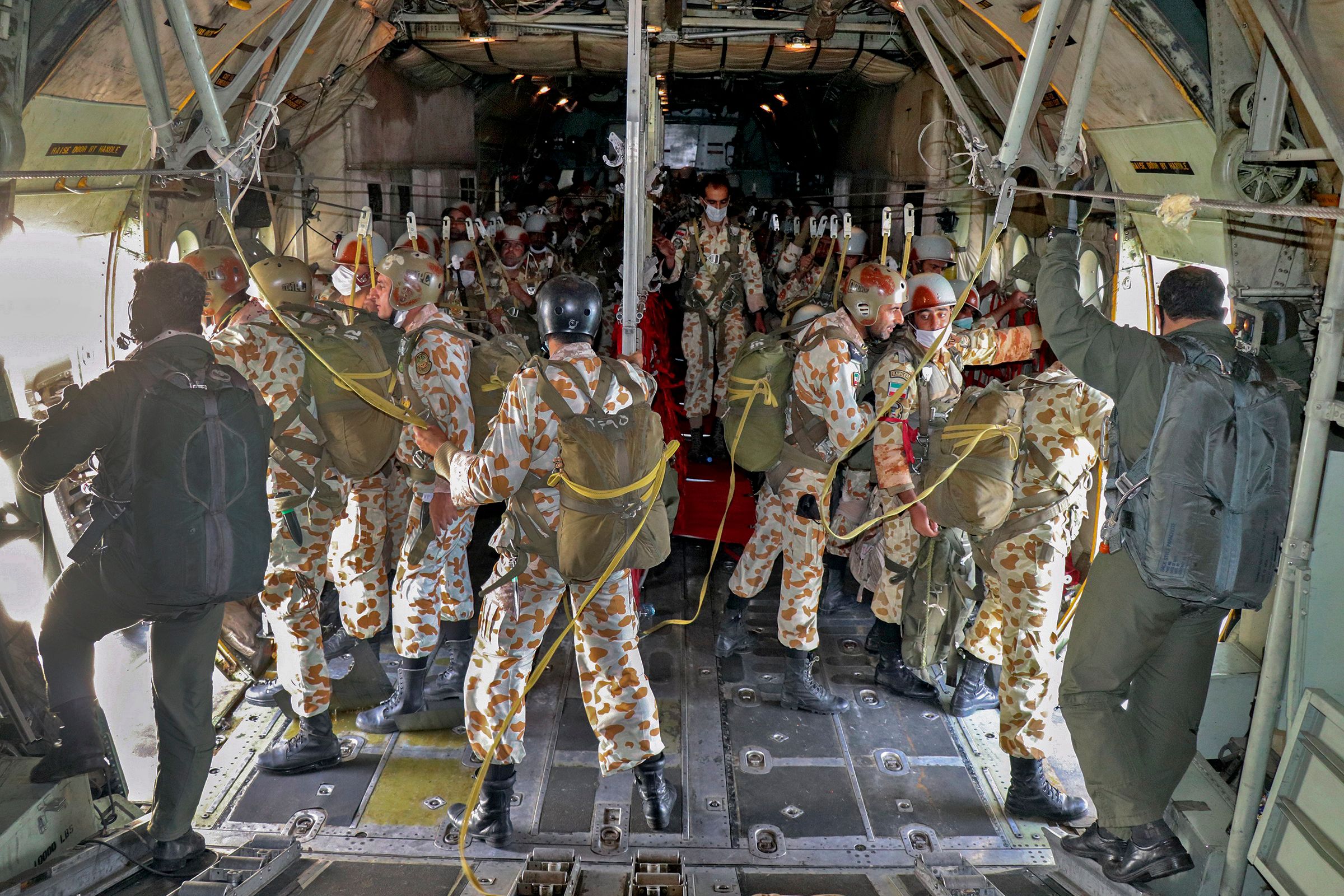 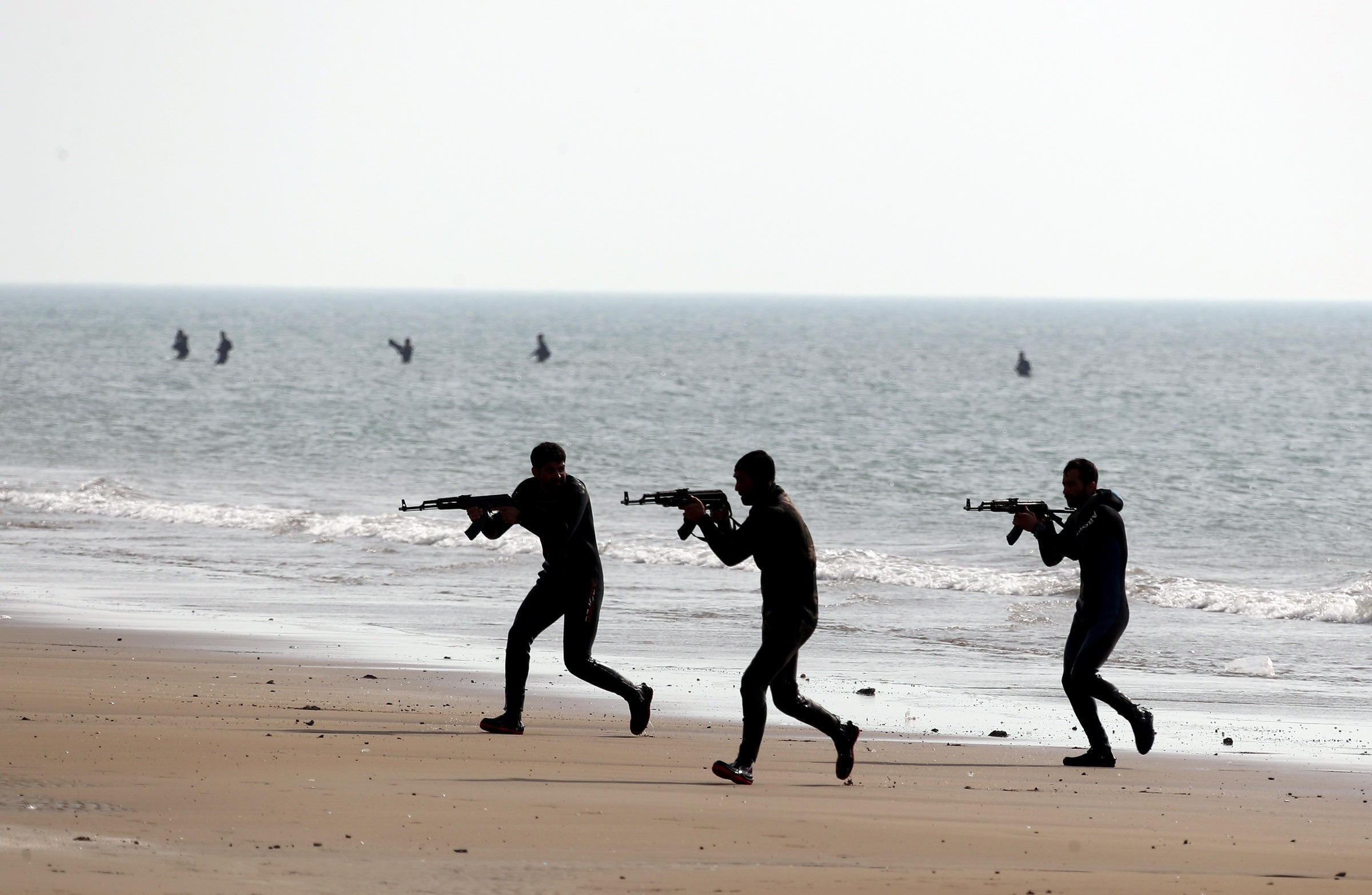 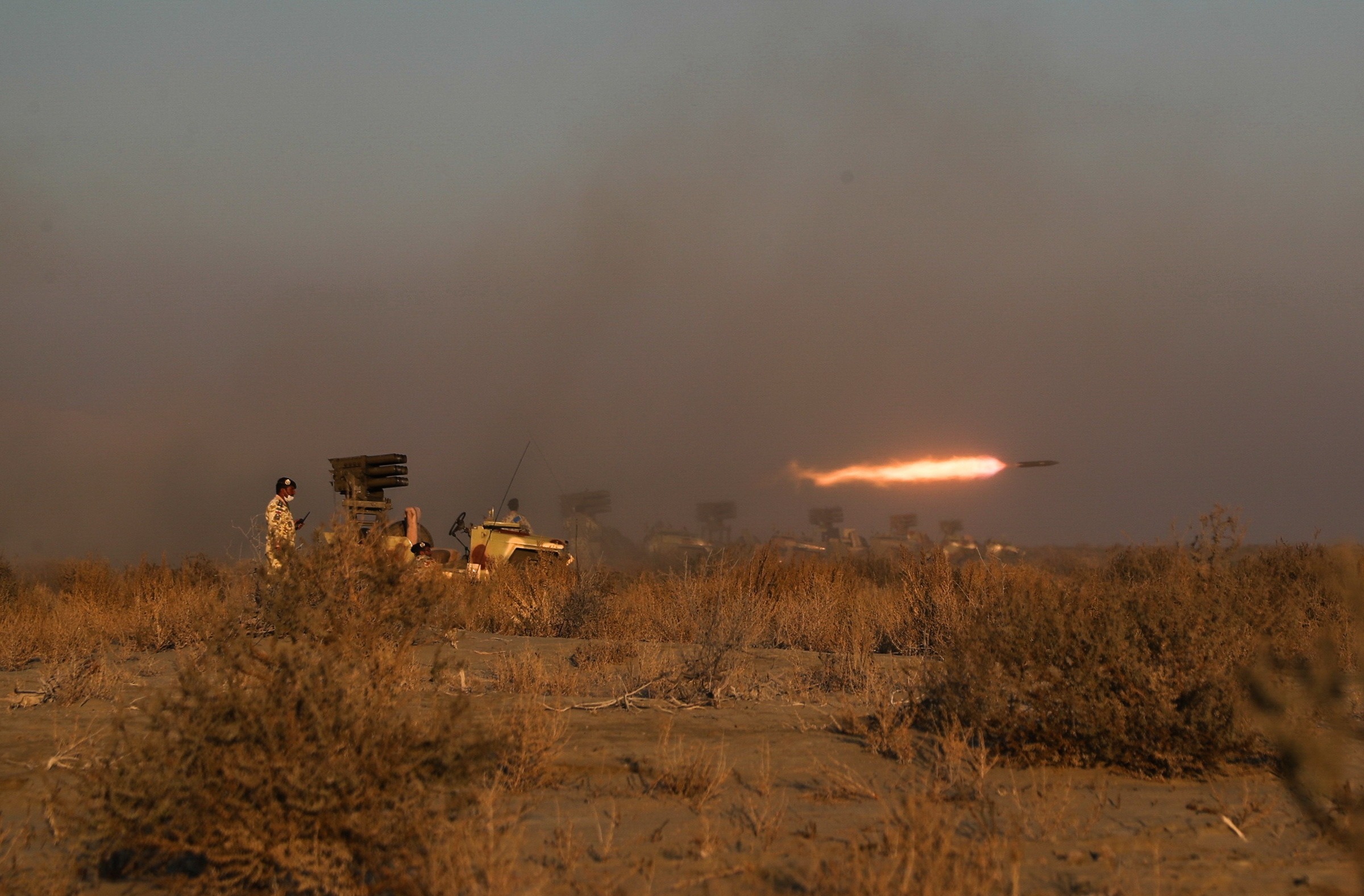 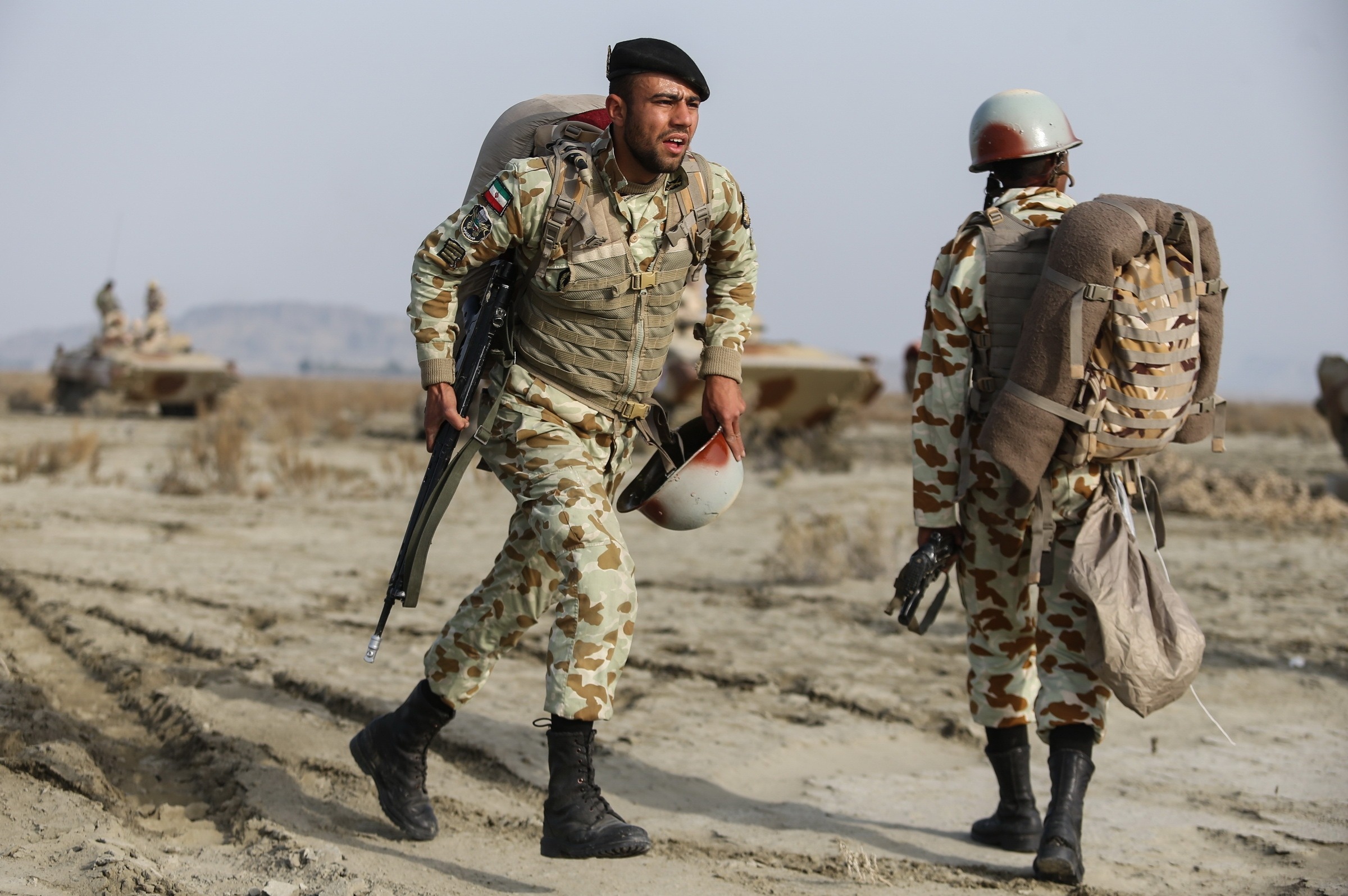 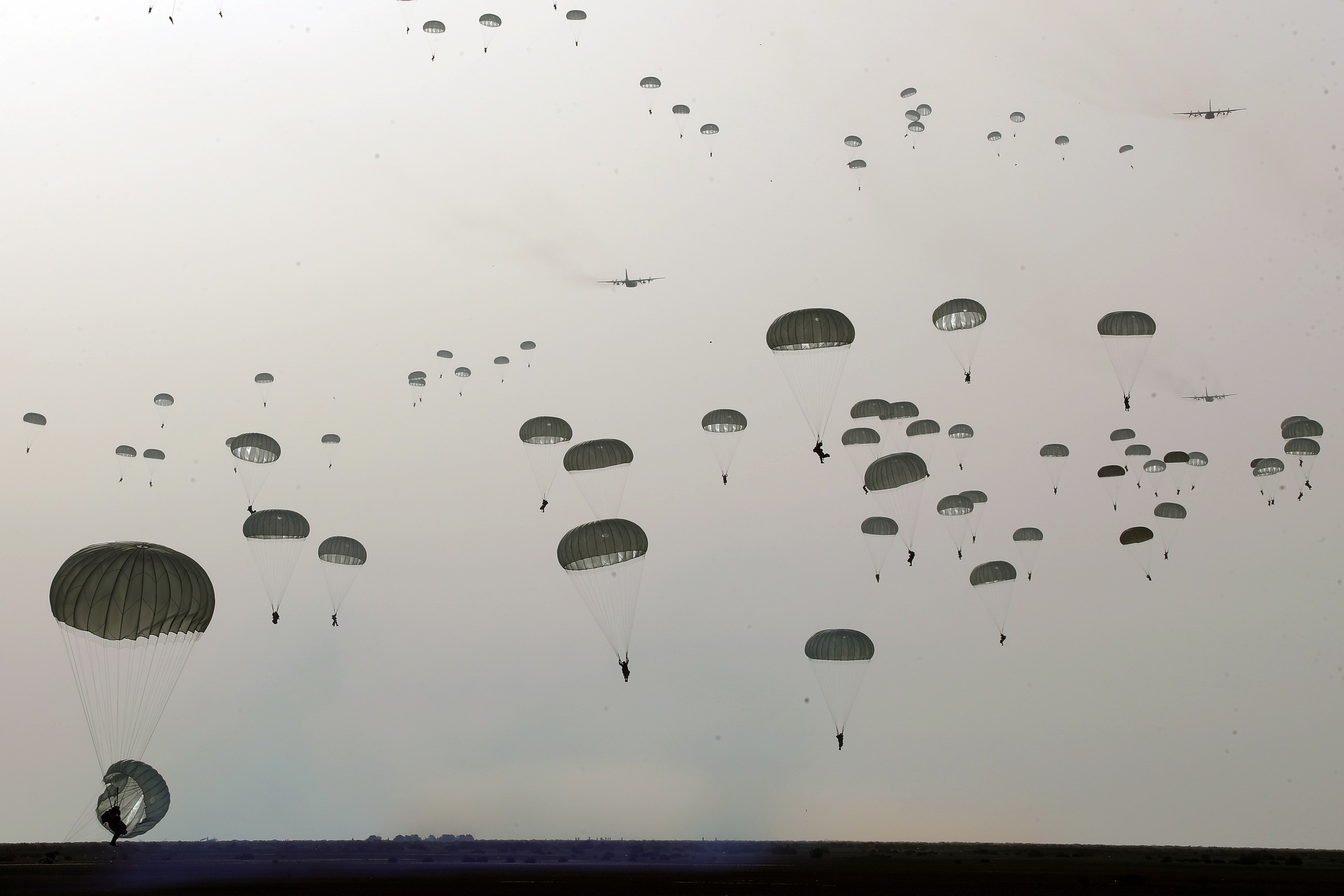 In a direct attack to outgoing US president Donald Trump, he tweeted: "If your B-52H 'Presence Patrols' are meant to intimidate or warn Iran, you should have spent those $billions on your taxpayers health.

"While we have not started a war in over 200 years, we don't shy from crushing aggressors. Just ask your BFFs who supported Saddam."

Bombers were spotted flying over Israeli airspace over the weekend, local media reports.

He said: "Short-term deployments of strategic assets are an important part of our defensive posture in the region."