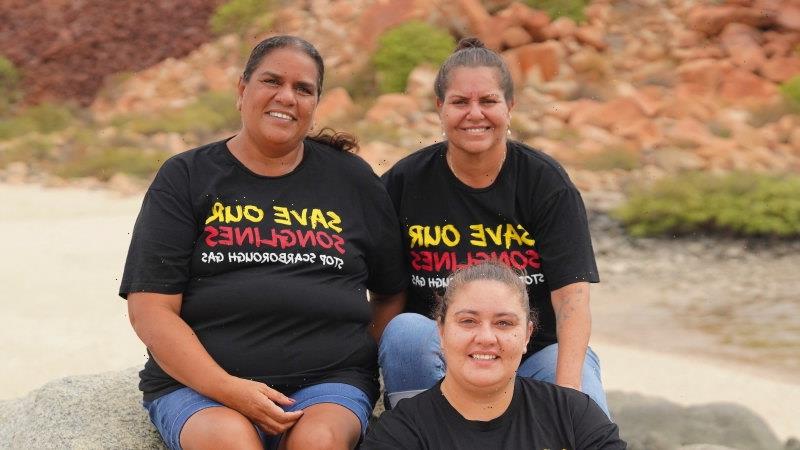 The ability of two vast Woodside gas plants and other industry on the Burrup Peninsula to coexist with more than one million ancient rock engravings will be considered by an independent inquiry for the federal government launched on Wednesday.

Two Traditional Custodians, Raylene Cooper and Josie Alec, have requested environment minister Tanya Plibersek protect the area they call Murujuga which is in the process of nomination for World Heritage listing. 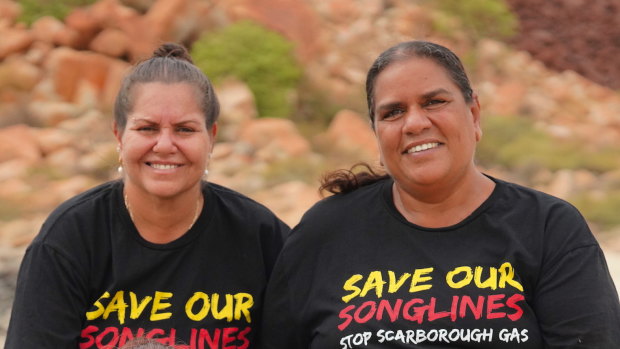 Cooper, a Mardudhunera woman, said Murujuga was a remarkable place that was important to the culture of the five language groups that have custody of the area.

“One thing they love the most is the connection to the land, the stories and the songs that have been passed on for many many years, and generation after generation,” Cooper said.

Murujuga was a 27km-long island near Karratha until connected to the mainland by a causeway in the 1960s when Rio Tinto started exporting iron ore. Woodside’s North West Shelf liquified natural gas plant was built in the 1980s and its Pluto LNG plant and two gas processing plants owned by Norway’s Yara followed.

Whether ancient culture and emissions from modern gas processing can co-exist on the Burrup has been controversial for decades, with a lot at stake for both sides.

In 2021 Woodside’s share of production from its two LNG plants was worth $6.9 billion.

Plibersek has appointed Alison Stone, who has four decades of public sector experience in environmental management, to investigate Cooper and Alec’s application to protect indigenous heritage under section 10 of the Aboriginal and Torres Strait Islander Heritage Protection Act.

After Stone reports, and that could take many months, Plibersek must consider whether state legislation adequately protects Murujuga’s Indigenous heritage before imposing any conditions on industry.

The concerns of the Traditional Custodians, detailed in a two-page government notice in Perth’s daily paper on Wednesday, include the effect of new as well as existing industry.

Woodside is doubling the size of its Pluto plant to process gas from the Scarborough gas field and recently the WA Environmental Protection Authority recommended it be allowed to extend the life of its North West Shelf plant to 2070.

A Woodside spokeswoman said there was no peer-reviewed research that concluded the rock art was affected by emissions from LNG plants.

In early 2022 a team of scientists led by University of WA Professor of world rock art Benjamin Smith published a review of the extensive research on Murujuga rock art. Their peer-reviewed paper concluded that industrial emissions had made the area more acidic and even current levels of acidity would cause the art – that is etched into a very thin coloured layer on the outside of rocks – to disappear over time.

Yara is modifying its gas-fed ammonia plant to use a small amount of emissions-free green hydrogen made with energy from an adjacent solar farm, labelled a “visual desecration” by Cooper and Alec.

A Yara spokesperson said its exciting facilities produced less than three per cent of the emissions on the Burrup and the new project – a critical first step towards the decarbonisation of its operations – was planned in consultation with the Murujuga Aboriginal Corporation.

Cooper and Alec are members of Save our Songlines, a group taking a stronger line against industry on the Burrup than the Murujuga Aboriginal Corporation.

Privately-owned Perdaman plans to give the go-ahead for a $6.7 billion urea plant this year once financing has been finalised.

In August Plibersek rejected an application from Cooper and Alec under section nine of the Aboriginal and Torres Strait Islander Heritage Protection Act to temporarily halt construction, clearing the way for the relocation of five culturally important pieces of rock art.

Perdaman has previously said the section 10 process would not delay its investment decision.

Cooper said the company should not make quick assumptions.

“We’ve got a very dedicated team behind Save our Songlines, and very passionate,” she said.

“The fight still goes on.”